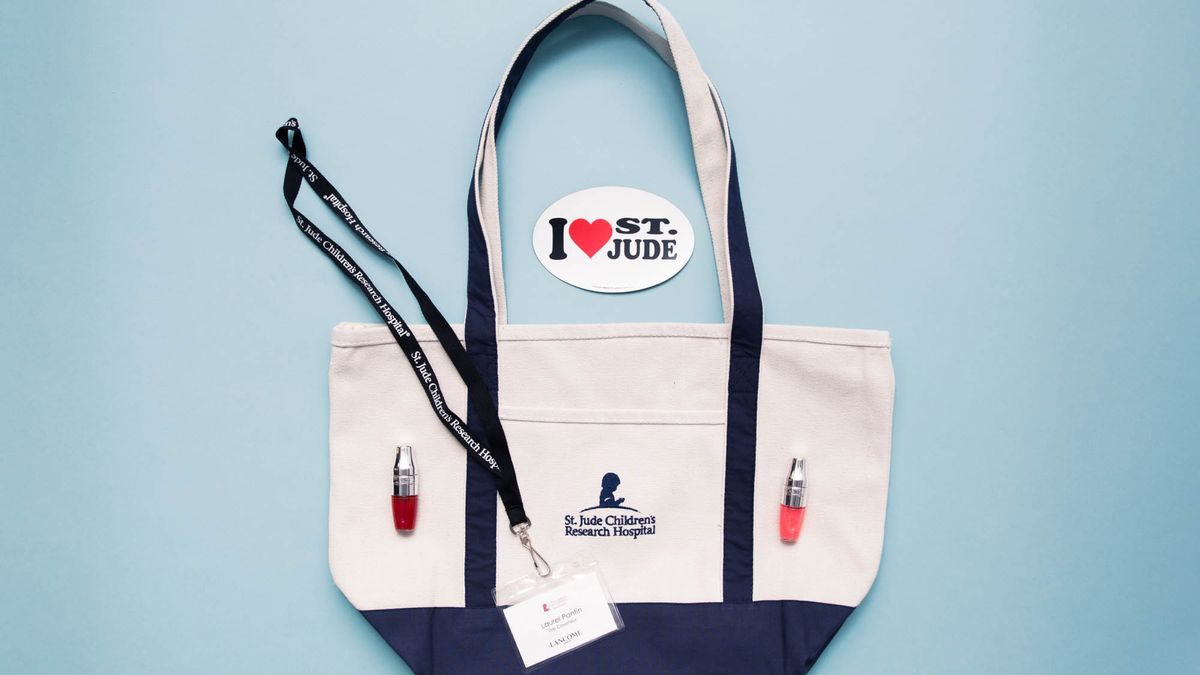 How a Visit to St. Jude Hospital Changed My Life

And what you can do to help their mission (it does not involve donating your own funds!)

There are many obvious reasons why you might expect to cry while visiting St. Jude Children’s Research Hospital: the hospital treats the most difficult cases of pediatric cancer, and treats newborns up to teens. When I was given the chance to visit the hospital as the guest of Lancôme, who partners with the hospital, I was apprehensive. I’m really sensitive, and the absolute last thing anyone needs is for a gawking onlooker to break down sobbing.

However, the reason why I ended up quietly losing my shit and completely falling apart wasn’t for any of the reasons I expected. It’s not because I didn’t see heartbreaking things during my two day visit, or that I didn't feel sad about the reason why all these children were there in the first place—because I definitely did. But I’ll get to the real reason a little later.

First, a few things to know about the hospital. It costs 2.2 million dollars per day to run St. Jude. And that’s because no family will ever see a single bill from treatment. Patients can even get free medication related to their treatment and its lasting side-effects long after they’ve left the hospital. In fact, many of them won’t even have to pay for housing during the time they’re there, which can be up to three years. Three years away from home, worrying about your child sounds impossible—but the fact that those three years won’t bankrupt you in the process is staggering.

The hospital treats roughly 7,800 children every year, and since the time the hospital opened in 1962 until now, the pediatric cancer survival rate has risen from 20% to 80% (!!!)—largely in part to the research done at St. Jude.

When I visited last week, we were given a tour by former patients. Lindsey, our tour guide was in her mid-thirties with two children. She walked us through the building pointing out all the little things that make St. Jude so incredible. Like the fact that it doesn’t smell like a hospital, thanks to super-fancy air filtration systems. Or that the building was designed in such a way so natural light can reach even the furthest underground depths of the hospital. Or that St. Jude offers a valet service, so that exhausted parents won’t have to struggle to get their children and all their medications to the car after a long day of treatment. Or that the hospital offers therapy for parents and siblings, because they understand that a diagnosis like pediatric cancer affects the entire family unit. Or that there are blue telephones all over the hospital, and you can dial different combinations and speak to someone in every single language you can imagine—so that if you’ve traveled across the world to treat your child, you don’t have to worry about being able to ask what day the therapy dogs come (it’s Tuesday, FYI).

On the St. Jude website Lindsey says, “I struggled with losing my hair. It was falling out, and I couldn’t stop it. So, one of my chemo nurses created a beauty parlor for me. That day I had my nails painted, and I let her cut the rest of my hair. She went above and beyond for me. I was proud to be bald after that, and it all came from that one moment.” She told us how doctors and nurses eat with their patients in the cafeteria, so when it was time to go into surgery, her surgeon was the guy who stole chicken fingers off her plate, not a scary stranger. The halls are bright, and lined with the patients' art—and their work is honest. It shows how hard it is to be in treatment, but it’s all overwhelmingly hopeful.

Lindsey told us about how, at 10, she was diagnosed with acute lymphoblastic leukemia. At the time she was diagnosed, she had been sick for a while and her body was on the brink of failure. The same day she was given her diagnosis, her parents put her in the car, and drove straight to Memphis, but before they left they called a real estate agent to put their house on the market because they knew her treatment would bankrupt them. She told us about how when they finally arrived, at 3 A.M.—the very same day she found out she had cancer—they were greeted by someone who knew their names and gave them a big hug and let them all cry. Then he told them they wouldn’t have to pay for any of Lindsey’s treatment. Their relief, she said, was indescribable.

When our tour started, she pointed out a pile of confetti near the front door and said that when a child finishes their last round of chemotherapy, all their friends, doctors, and nurses throw a party for them in the lobby—they sing a special song, and cover them in confetti. The next day, at a makeover event hosted by Lancôme for teenage girls, I met a young woman undergoing treatment who, while we decorated wooden hearts with glitter puffy paint, showed me some of her artwork. She’d made a giant poster with the word ‘Hope’ repeated huge across it three times, and she’d done it all with a hole punch. Her mom explained that the waiting involved with treatment can get tedious, so this girl starting this project to pass the time. They’re saving the paper circles for her confetti goodbye party.

I could go on, and on, and on about this place—it was actually life-changing to visit. Which brings me to the reason why I lost it.

St. Jude is literally the most beautiful place I’ve ever been. It sounds trite, but I couldn’t imagine a place so good could exist—the purity of their mission, and the meaning of the work they do was completely overwhelming. I expected to feel scared or just kind of deeply sad when visiting, but the hope there is infectious. It’s hard to describe, but it’s impossible to visit a place like that and not want to drop everything, and give everything you have to make their mission—which is to never turn a child away due to race, religion, or finances (did I mention founder Danny Thomas chose Memphis as the location for St. Jude partly to help end racial segregation?)—possible. Hearing Lindsey talk about the things she and her friends and fellow survivors have been able to do, and all the things they’ve given back to the world, was too much to handle. As much as I really didn’t want to cry, it was overwhelmingly beautiful. If you’ve never felt like you wanted to hug the whole world, I recommend visiting St. Jude.

Which actually brings me to the real reason I’m writing this in the first place. That 2.2 million dollars it takes to fund the hospital every day, to save all those lives, comes largely from donations. If you can’t make a donation, from now until October 25, Lancôme will donate $1 for every hand heart photo taken on Instagram with the hashtag #lancomelovesstjude. And from October 16-22, they’ll also donate $1 for every purchase made at a Lancôme counter, or on lancome.com. So while you might not be able to donate your own money, or purchase a Lancôme product (though I have to say, the Juicy Shakers are delightful), I *know* you have an Instagram account, and I *know* you can do at least this!

This month I’m challenging myself to not shop for clothes or accessories, which TBH, is actually a challenge to me. Instead, I’m going to save the funds I would otherwise blow on impulse buys and donate them. I’ll let you know how that goes later, but for now, please head to your social media, and take your hand heart picture. I guarantee you it will be the best spent three minutes of your week.