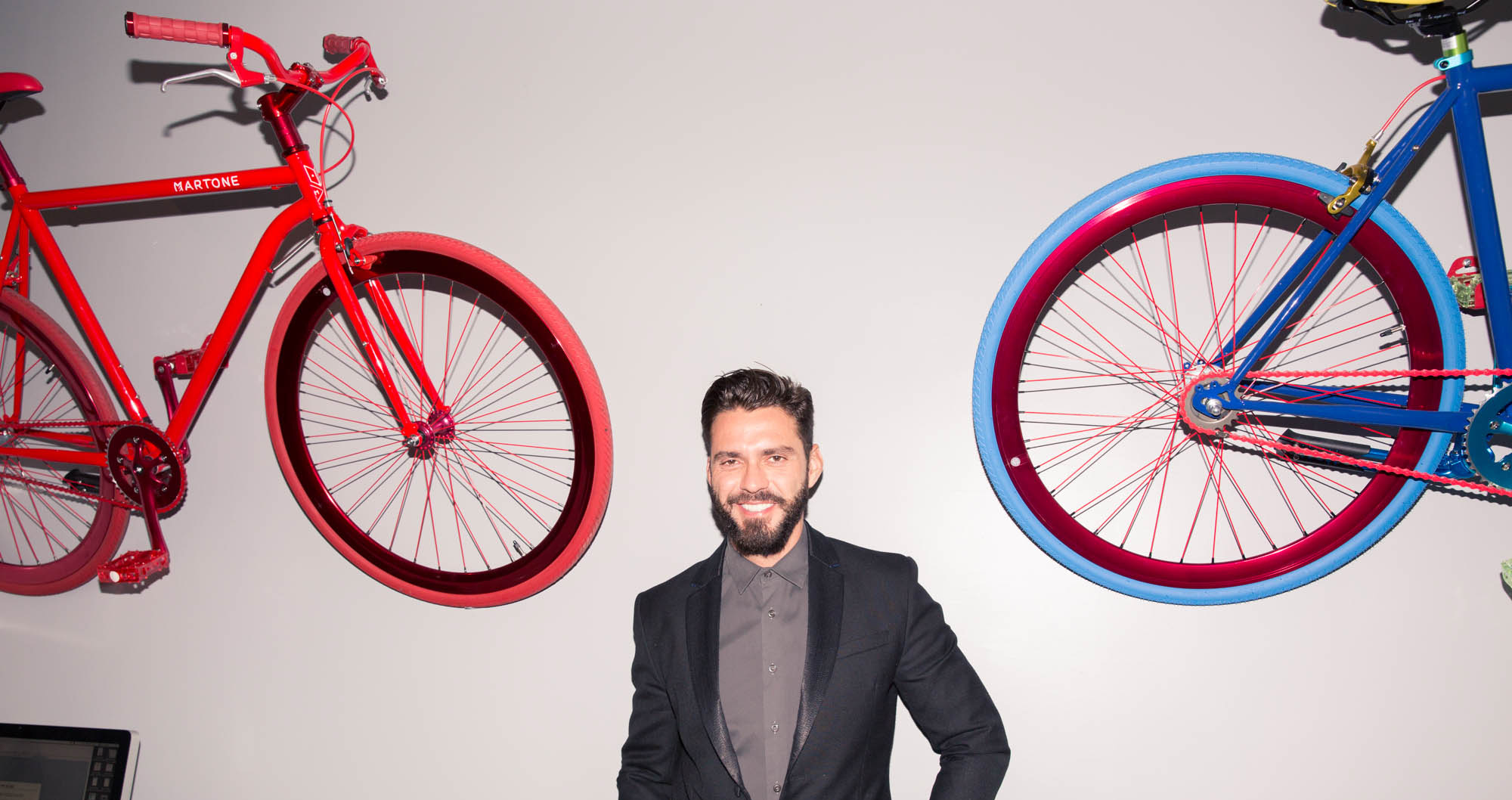 We all know that owning a car in a big city is pretty useless (and fairly unattainable if you’re not making a significant salary). The faster, less expensive (and all around better) option ends up being a bike. But who wants any old plain bike? Definitely not us. As with everything in our lives we want it to be colorful, fun, and chic (duh). But being that we're not too well-versed on the cycling world, we decided to phone a friend. That friend being Lorenzo Martone of Martone Cycling Co. Lorenzo has designed some pretty dreamy bikes in his day (think; a neapolitan ice cream lookalike bicycle that was created using 3D printing (!)) and Gigi Hadid recently modeled alongside one of his bikes for Sports Illustrated, so we’re pretty confident that he knows what he’s doing.

While we all know there are your typical seat covers, handlebar grips, bells, and baskets, Lorenzo gave us a few tips on some not so ordinary ways you can upgrade your (two-wheeled) ride. Who knows, maybe after this you’ll love your newly improved bike so much that you’ll be convinced to ride it all the way through winter (in which case, we wish you luck).

Color Makes All The Difference. 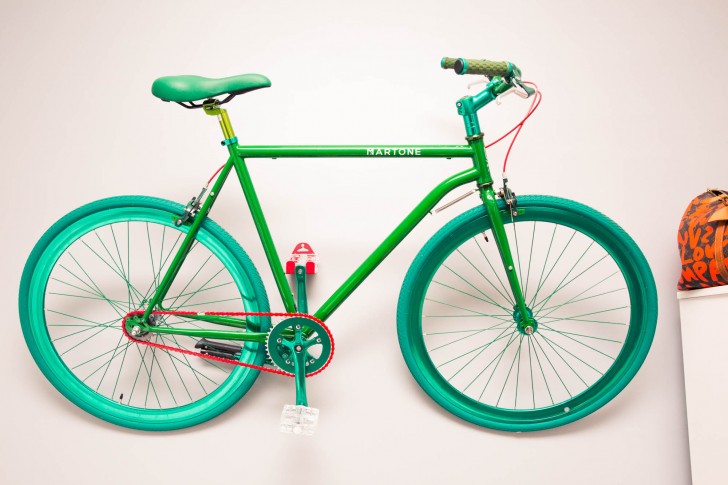 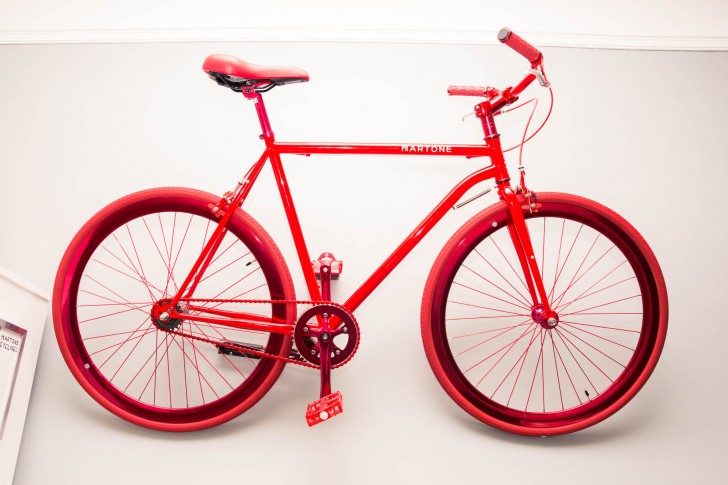 “Since I started the company I noticed how color has taken on importance for design. Today we were laughing because we got a call from this person who needed to buy a purple bike for his friend, a girl named Violet. We were laughing because there are so many cases of people that are attached to colors—you literally have clients that want the color to match their eyes or something crazy like that. I think the idea behind Martone Cycling is the monochromatic story with the touch of red, that’s how our core product is designed, and then you have to add something that is personal to you.”

Consider it a DIY. 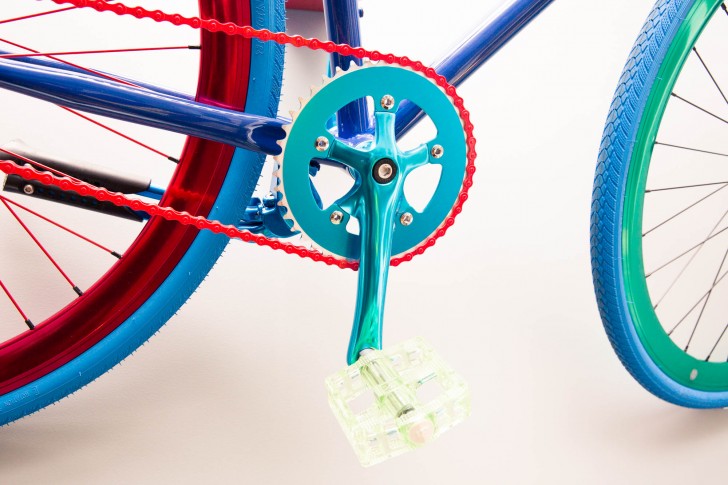 “We’ve [had an] all white bike from the beginning and that’s our idea of having a white canvas. It’s now one of our best sellers and it’s really fun because you have people that decide to hand paint it, or use a sharpie or different things—the white bike really became a creative platform for people to add their personal touch. It might be color or initials, they do different things. I don’t want to sound crazy but we sometimes compare our bikes to art so there is room for different interpretation.” 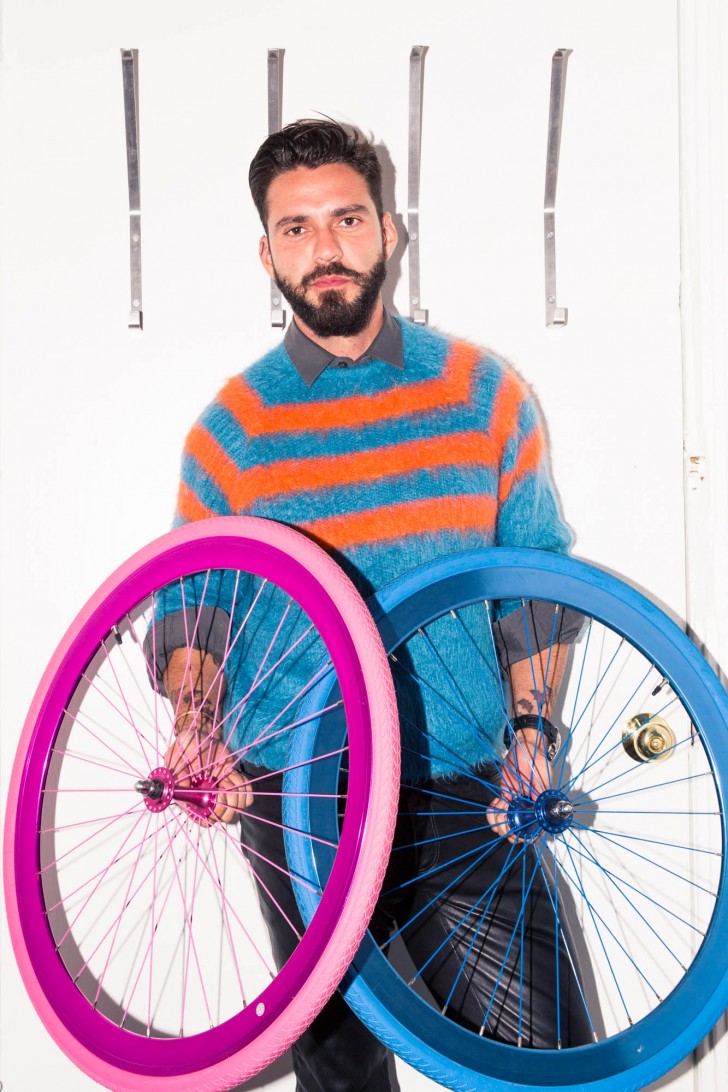 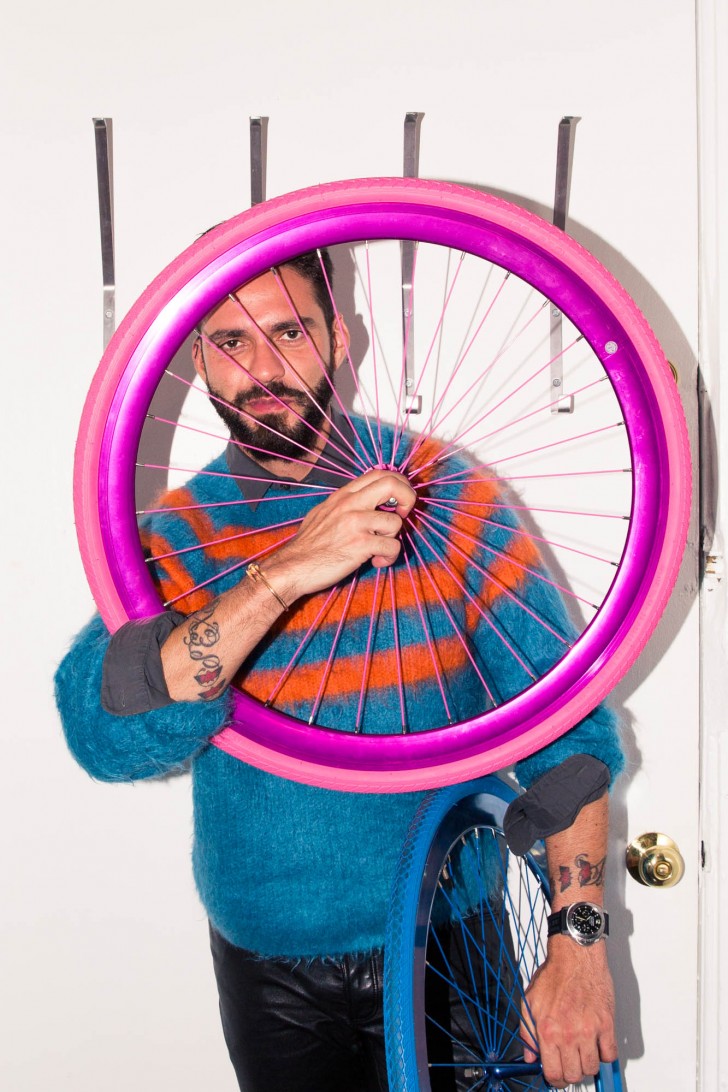 “I tend to ride the one that we started with, which is the gold bike. So that is not discreet. The gold one was definitely an inspiration that came from brass, from furniture, and that was how we started—how can we put a bike inside your living room that looked like an art-object? It’s definitely the one where you make more friends in the streets. Everyone stops you.”

Get Creative (And Luxurious). 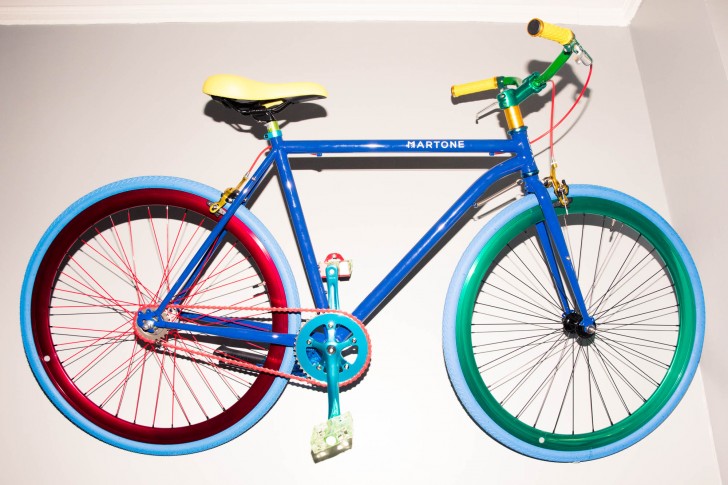 “I’ve heard stories before of people going to Tiffany’s and they make a silver bell. The closest we have gotten [at Martone Cycling] is the gold leafing by a [Japanese] artist, but one day I’m hoping I can do one in real gold or real silver, or plated at least.”

Throw Your Name On It. 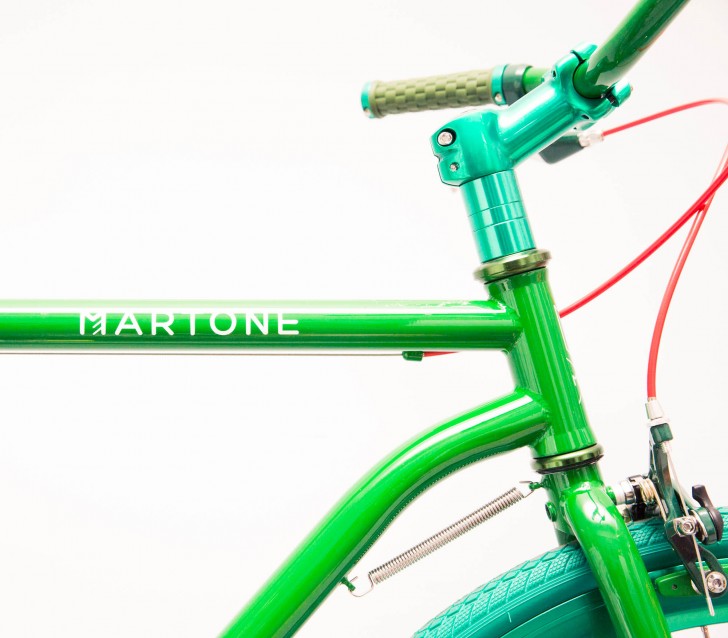 “We do little license plates on the back [for hotel names and logos]. Some people just want their initials. People [will sometimes] ask me to sign bikes and I do that, too.” 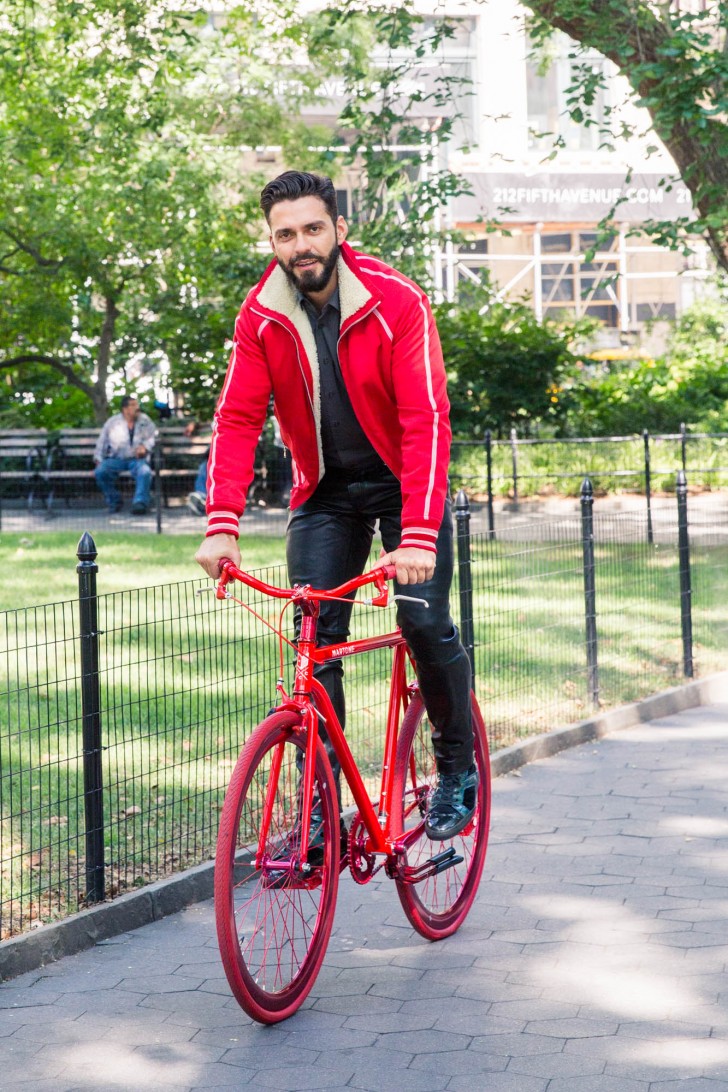 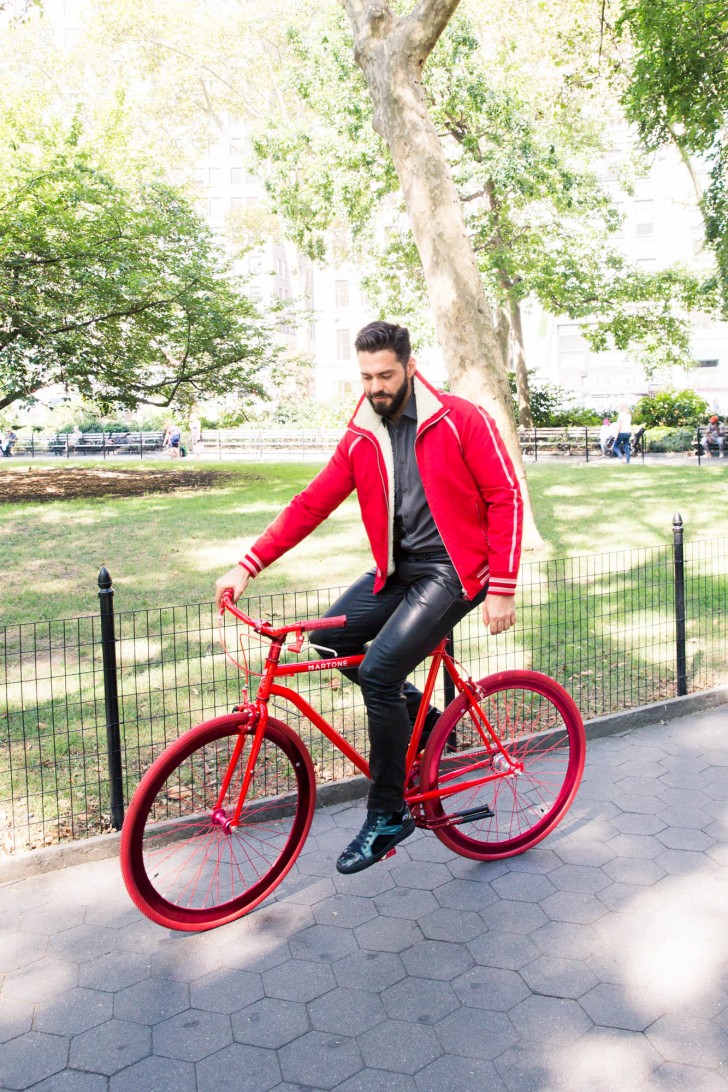 “The one that impressed me the most was when we worked with this Japanese artist called ToMo, he’s based in California. He worked with gold leaves and made a black bike that looked like it was peeling into gold, it was was incredible. Very, very elegant.”