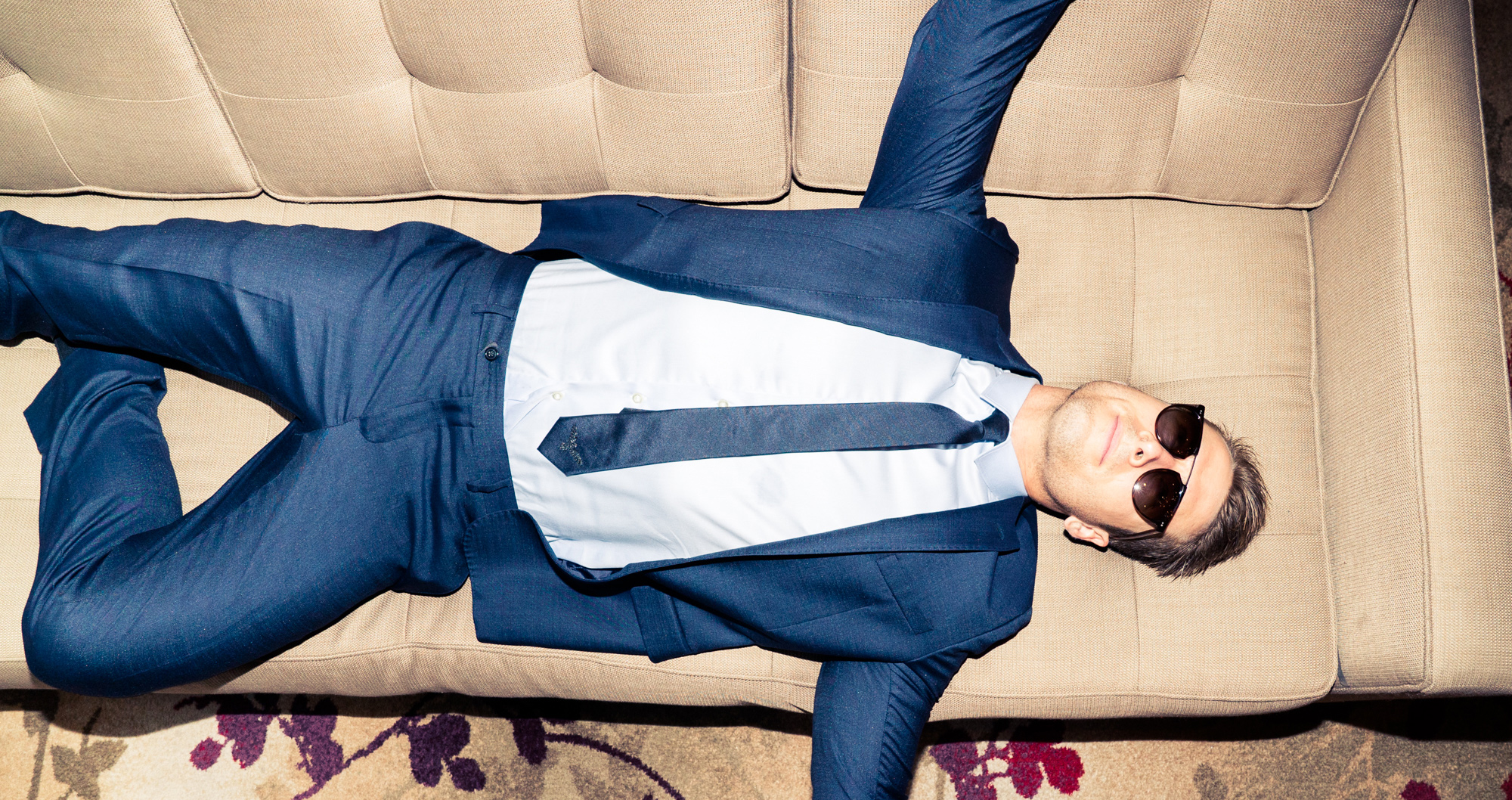 Why You’re About to See Glen Powell Everywhere

Picture this: you’re in an elevator on your way up to the third floor of the Shangri-La Hotel in Toronto (you also may have just had a Leo sighting in the lobby, because, well, it’s TIFF), and as the doors open, you walk out to see your photographer taking photos of Glen Powell doing some sort of acrobatics on the sofa. *Photographic evidence below*. Because Powell—who stars as astronaut John Glenn in Hidden Figures, the untold story of three brilliant African American women working at NASA, played by Octavia Spencer, Taraji P. Henson, and Janelle Monaé—is just a lot of fun. Seriously, he had us laughing so hard for the entirety of the shoot, we all needed to sit down with iced coffees to cool off before he walked the red carpet of his premiere. But before we let him go, we had him tell us all about what it was like making the film, why it’s always a family affair, and what’s next for him. 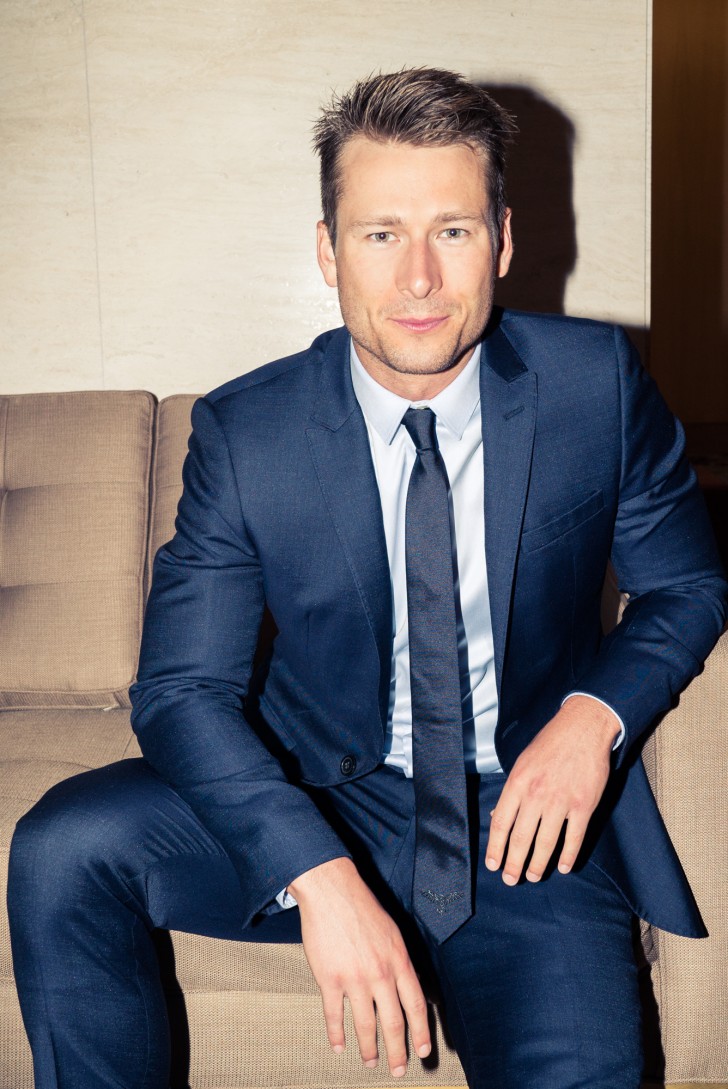 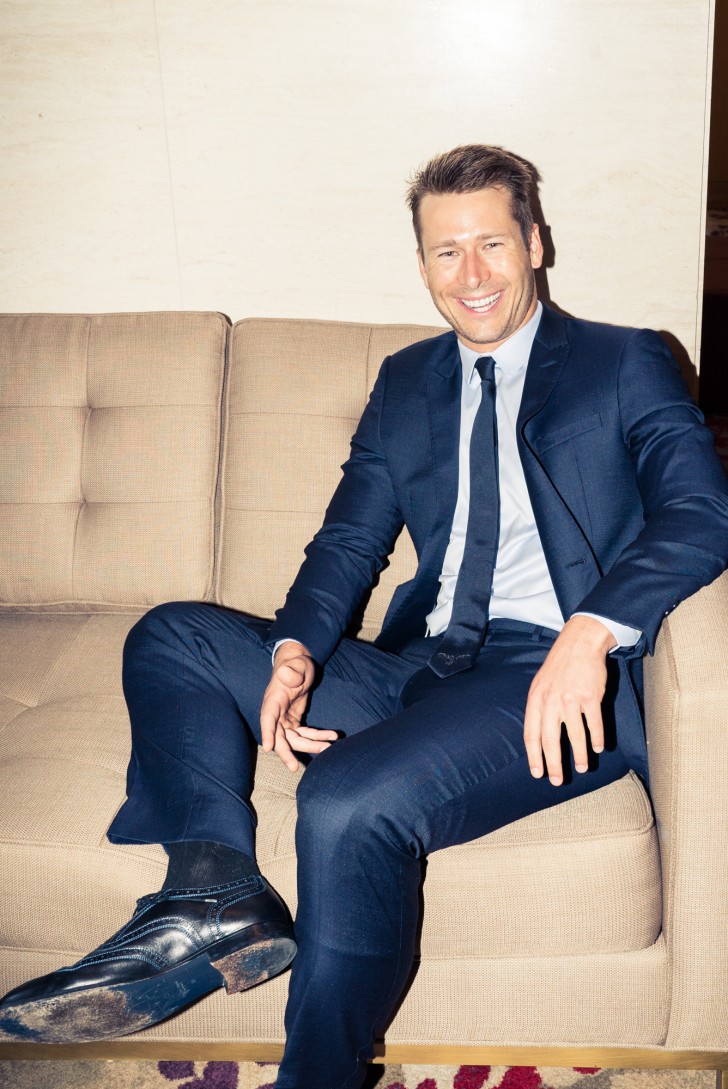 The reason he went after this role:

“In Hollywood, there are plenty of scripts, there are plenty of movies, but there are very few movies that make you stop and go, ‘Okay, I have to be a part of this.’ One of the reasons you make movies is because they are executed by directors you've wanted to work with and include a cast that you want to work with, and obviously are based on a subject matter that is important. And getting to play a hero, an icon, somebody I've looked up to since I was a kid [was amazing]. That's also something that makes you campaign for a role [like playing John Glenn]. Hopefully you try not to get so excited that you don't act like an icon when you're on the audition or look like you're too desperate for a job [laughs].”

On meeting the Octavia Spencer and Taraji P. Henson for the first time:

“Taraji and Octavia, you usually hear them before you see them. They're wild. I don't know how they do it—I was out with Taraji till like 5 AM the night of her birthday, and we had press at 9 AM the next day. We call her the Taraji Tornado, [because she's] literally on it all day long. I just love her so much.” 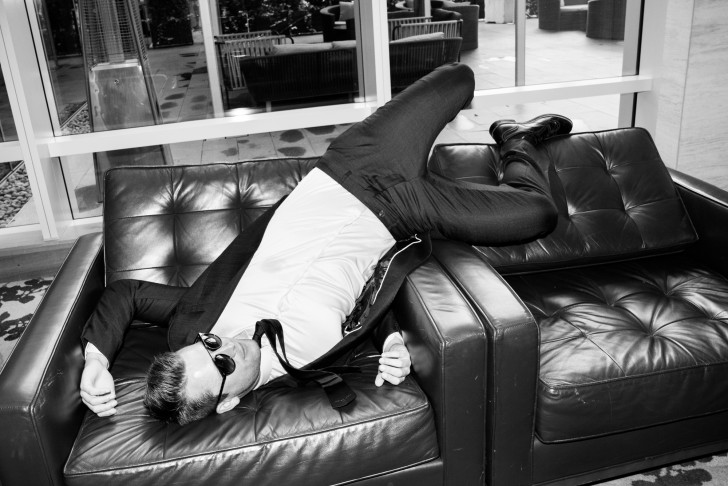 “Octavia and Taraji were so generous; when I was shooting, my mom, my little sister and my dad all got to be in this movie. My dad is in the scene during a press conference with everyone talking about the Friendship 7 launch and with the entire Mercury 7, and then my mom and my little sister are in the handshake line. Taraji, Octavia and Ted [Melfi] were all very instrumental in making sure to strategically place them so that they were covered in every single lens.

“I try to include the family in every movie I do. But it's hard, when you're an extra, sometimes you get put on the cutting room floor. But we worked hard to make sure the Powell family got as much face time as possible.”

When everything goes right:

“Just going out with the whole gang [is special]. Taraji cooks for everybody all the time—she has people over to her house. This was one of those movie experiences where it was truly charmed from sun up to sun down. You had incredible textual basis for this movie in the book Hidden Figures, you had an incredible cast that came together, you had Pharrell doing the score, you have Kevin Costner, who is one of my heroes in the movie, and Ted Melfi who had an amazing vision. And I think everybody came to play. Usually you have the better stories of the thing that tend to go wrong, but it's nice to be part of a movie where everything goes right.” 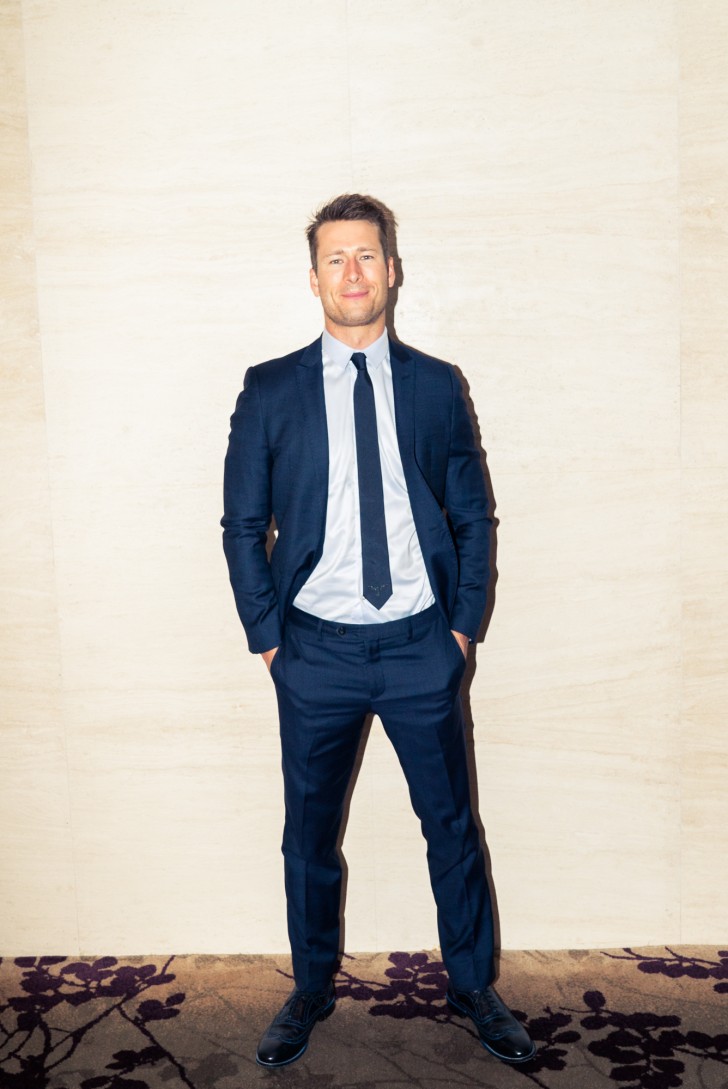 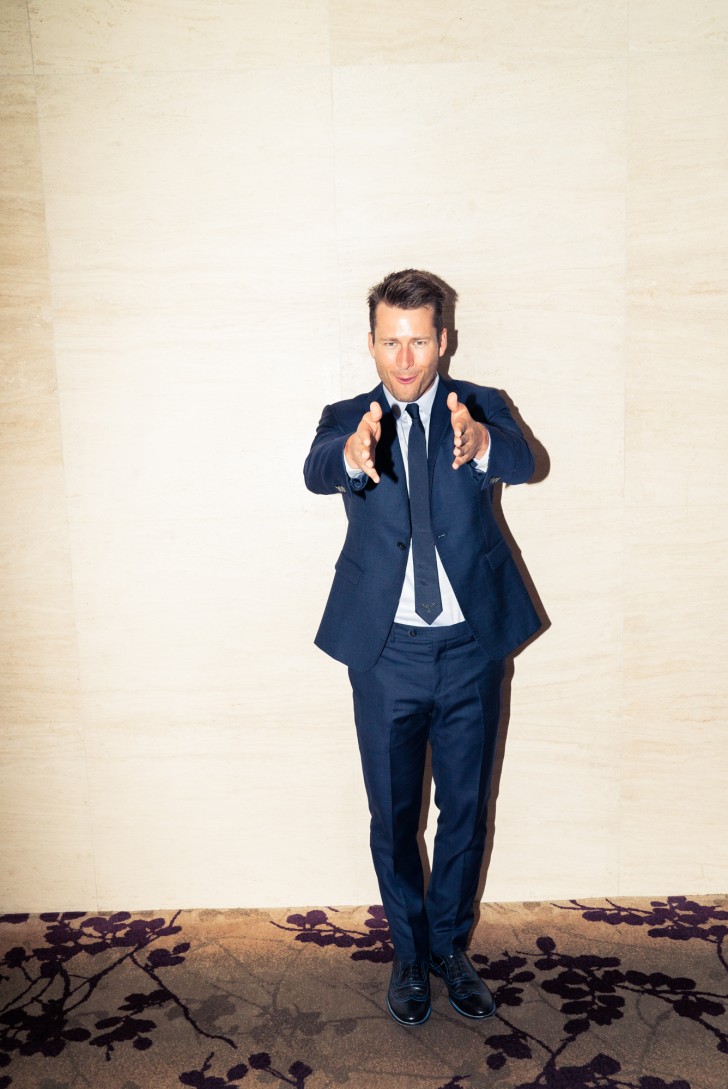 Preparing for his role:

“There was a lot of research to be done because there's so much that's written about [John Glenn]. For the Friendship 7 launch in particular, there's plenty of footage all over the internet of John Glenn in the capsule that I could study. I could study his movements, I could study what his eyes were doing, and what was going on outside the capsule. There was so much stuff to draw from in terms of John Glenn.

“I think the real pressure was Taraji and Octavia and Janelle's characters, these women who are really the true heroes of this story, the unsung heroes. We got one shot at telling this story. This story will never be on celluloid again and so I think the real pressure comes to those three women to play those characters and do them justice. I didn't feel like I had as much pressure. I just captured the essence of John and what he represented in NASA in the world at the time. But I think these three women, that's a true weight—especially when Katherine Johnson came on set and you could look her in the eyes, I'm sure Taraji was feeling the heat [laughs].” 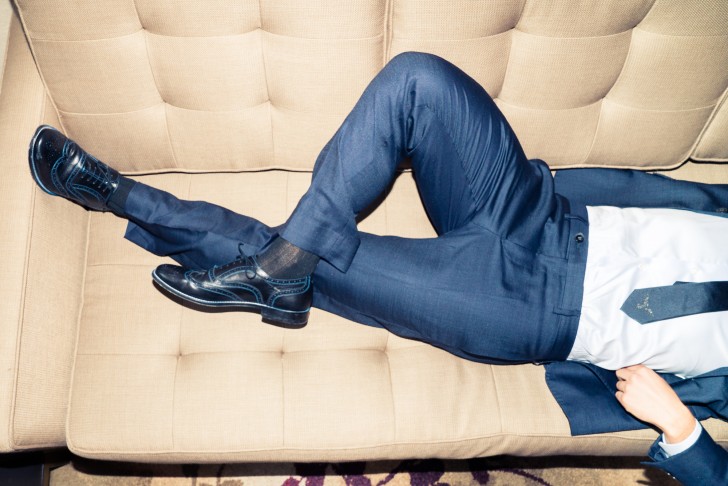 The *special* thing about this film:

“I think this is a really, really special story about three amazing woman who with pure brain power, intelligence and the power of woman accomplished some amazing things that have affected the course of history. It's really [a story] about coming together to do something impossible. I think it's true to the times, it's a feel good story—it's truly one of those movies that you move out to Hollywood to make.

“I think the hardest emotion to get out of another human is the laugh-cry, where people are simultaneously laughing and crying. And that's what this movie does, this is a movie that could melt your heart, make you see a part of history that's never been seen before and is obviously glorifying people who deserve glorifying.”

Seeing the film for the first time:

“By the way they did not show us any of the footage before we went up to the Q&A and Jenno Topping, who is one of the producers, told me afterwards, ‘All of a sudden I almost started shaking. I was so terrified because I realized that with actors you should always show them the footage ahead of time because what if they hate it?’ [Laughs] You know, actors are inherently narcissistic individuals, what happens if you’re even like, ‘oh my gosh, I could've played this moment so much better,’ it's all you could think about during your Q&A is like, ‘aw man I could've done better’. [Laughs] Around the second time around you could kind of wrap your head around what you're seeing. But the best part about this movie is it's truly really good and everybody is so great in it. Taraji, Octavia, Pharrell, Janelle, everybody walked up there invigorated and full of life and so excited to talk about the movie because I think the world is going to really like what they see.” 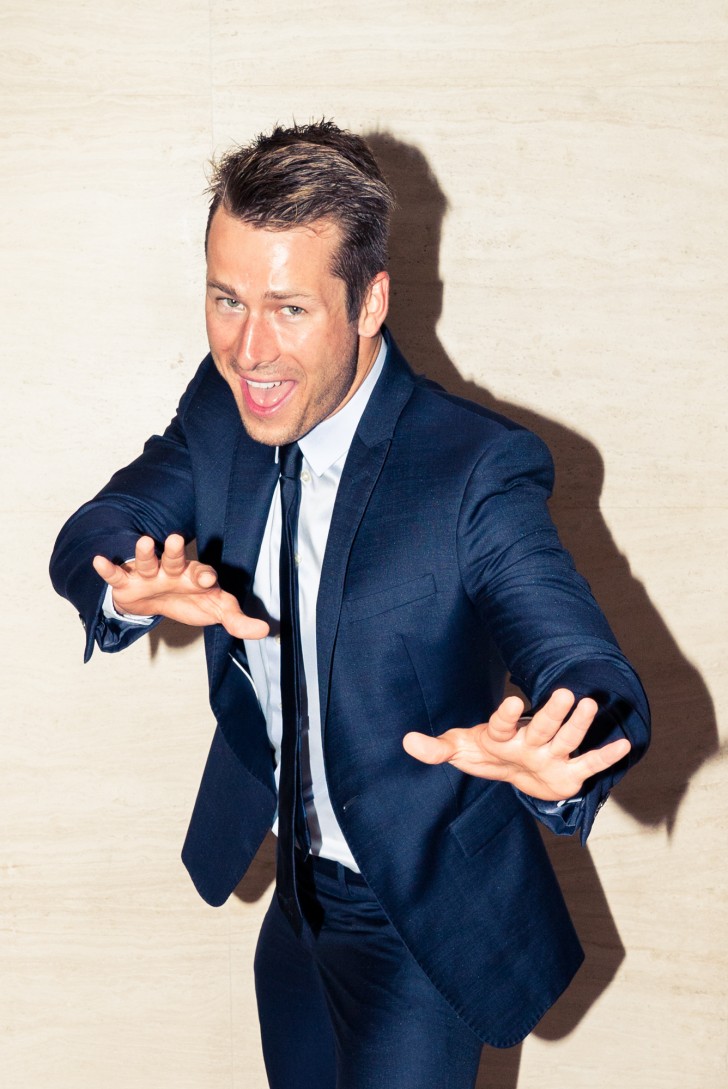 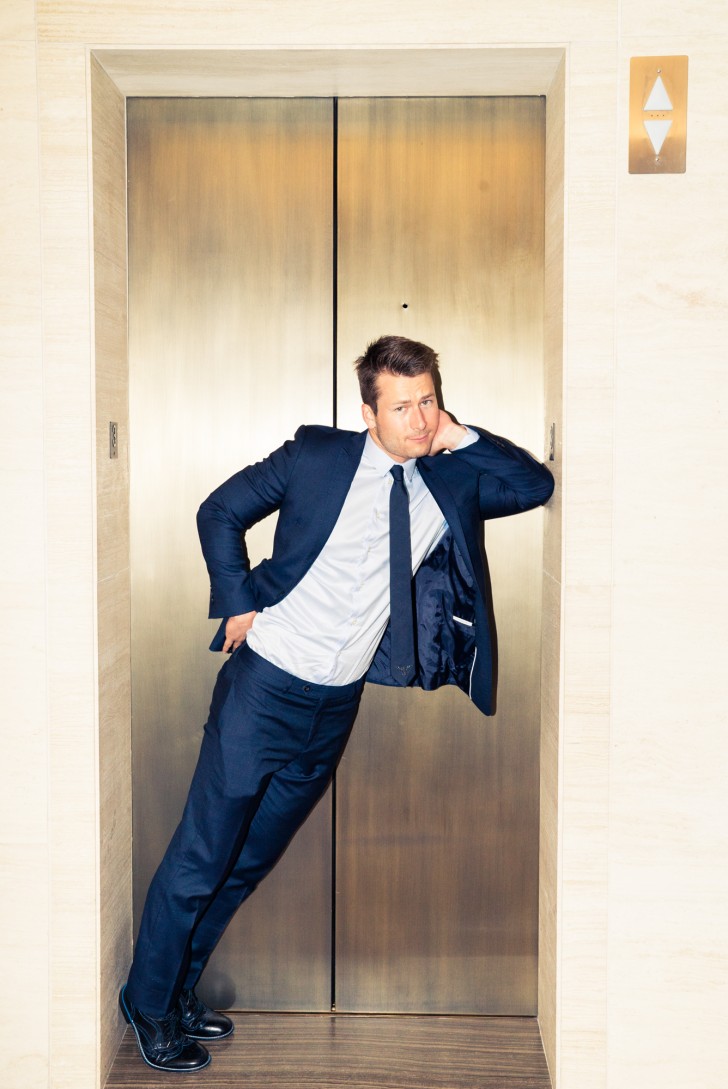 “Usually I have my family with me, my family kind of tends to run around. The first question I ask whenever I get on a movie is, when is the premiere? Because they're gonna be on set and they're definitely going to be at the premiere. The Powell family rarely misses a party! They were not at Toronto, unfortunately, but usually before a premiere I'll be kicking it with the family because that is obviously where I live and love, and they will usually get me in the right head space. They're some of the funniest people I know, so it'll get me in the right head space to talk and be fun because they're a very, very loose, wild group.”

What’s next for him:

“We have this movie called Sand Castle, Fernando Coimbra directed it, with Nicholas Hoult, Henry Cavill [starring in it]—you’ve got a hell of a young cast for that one. Netflix just acquired it, so it'll be a Netflix movie and we'll be premiering top of the year.”