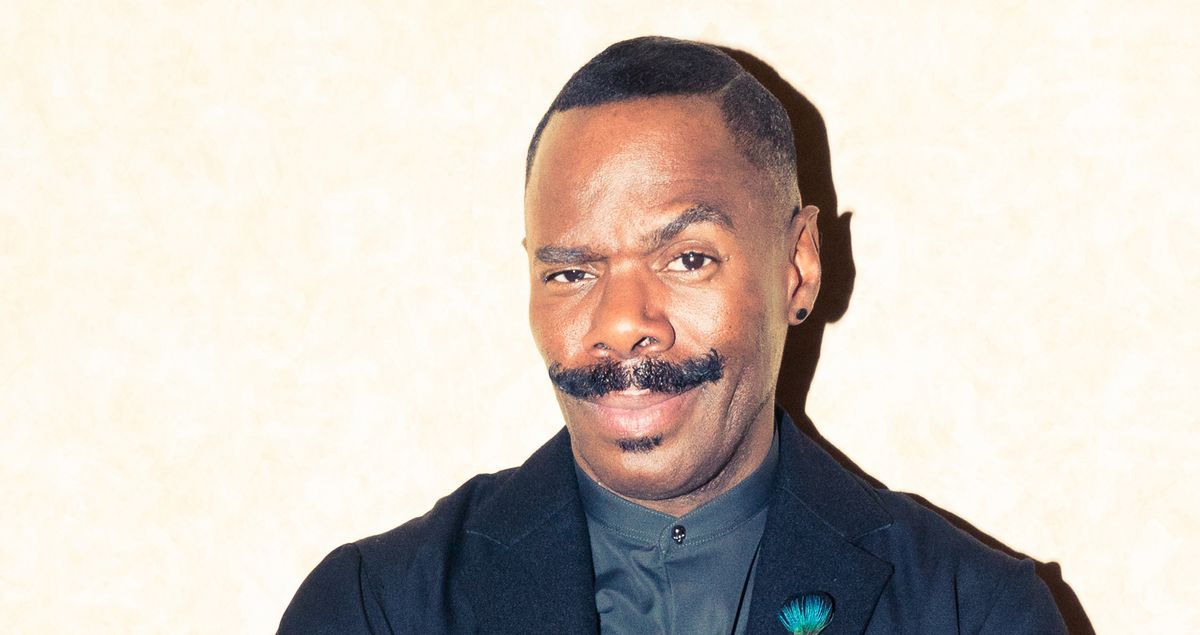 Everyone should see this.

Colman Domingo is part of something big. Bigger than any controversy could overshadow. Because The Birth of a Nation, a film based on enslaved Baptist priest, Nat Turner’s violent and historic rebellion against slavery in Southampton County in 1831, and of which Domingo stars alongside with Gabrielle Union, Aja Naomi King, Armie Hammer and Nate Parker (also the film's director and subject of much controversy surrounding his 1999 rape allegation trial—which led Gabrielle Union, herself a rape survivor, to write an op-ed for the LA Times about the allegations and her own experience), continues a conversation that is as important today as it was back then—one that Domingo is proud to be part of. So when we caught up with the actor at the iconic Fairmont Royal York hotel the day after his Toronto International Film Festival premiere (which was met with a six minute long standing ovation BTW), you can imagine that he had a lot to say. Read on for an insightful, powerful and goosebump-inducing conversation.

His experience at TIFF:

“It's been incredibly busy, it's been emotional. You go from event to event, you're prepared with notes about your film and then you just try to be in the moment. What I look forward to at film festivals is catching up with the friends I haven't seen in a long time, but oddly enough, I missed most of my friends who were here promoting other films. I love the energy of the festival, because there's no one that's more excited about film than everyone that's here. You celebrate each other, and join people down at the bar and have a good time [laughs]."

What drew him to the role:

“When I first read the script, I thought, absolutely, in every single way, that I wanted to be a part of something like this. Every so often a script comes across your desk where it's for you and written by you in many ways. We know when it comes to slavery, a lot of times, even as a director or writer, it's not written by someone who understands the depth of your experience and your times. But inherently this is written, directed, and produced by an African American man who understands intrinsically from the psychic trauma of being a descendant of slaves. Every fingerprint on that script had authenticity to it. It was a narrative where we are heroes in our story, which is something that isn't quite often done with African American narratives in film. If the system wasn't designed for you to have agency, there's a spirit of rebellion that is the spirit of America. That's what I love about it so much and I thought they had important messages and themes that are resonant to today.”

Why The Birth of a Nation comes at such a pivotal time:

“Nate [Parker] wanted to make this film many years ago and he's been at it for about eight years trying to get the funds and to get people on board. But it seemed that the perfect time was now, when we are in the middle of a firestorm of rage and outrage, over racial and social injustices. And it seemed that this was the time for it. We need more tools so we can learn how to heal from old, old wounds. Wounds that began when we were brought on slave ships and from which we have never recovered. America has never recovered. And that's the honest confrontation that we must have with America. And that's something that we just don't do."

Why the conversation needs to continue:

“There's so much shame; there's American shame that no one's able to admit. I know there's shame on all parts—there's shame from our education system—there should be shame because we're not taught the history of Nat Turner in schools. No one is and that's shocking. There's so much I could say about it but I think more than anything we're looking for more tools on how to heal right now. Why is this constantly happening? Why are people being shot in the street? Why are people now retaliating by shooting police officers? It's a larger question that we have to go back to our roots, back to the source [to answer]. We have to investigate and interrogate history. And that's something we haven't done. I can go to any plantation and I would never know that anything happened on that plantation. I would be invited there for a wedding, but I wouldn't know who lived there, who toiled the fields, who were the slave masters as well as the slave owners. I want to know all of that, and I want us to know our collective history. And confront it without any shame. That I could stand freely and say, ‘I'm a descendant of slaves and have no shame about it.’”

On recognizing the past:

“For a long time, growing up as an African American man in the inner city, everyone wanted to be half something—you never wanted to be whole, wholly African American because there was so much shame attached to it. When you know more, you do more. And when you know better, you do better. So when you know more about your own history and the complexity of your history, it gives you a sense of self. So I say, I sit here proudly and say I'm a descendant of slaves because I know all that humanity, all that degradation and unimaginable rigors are the reason why I'm here. My dream is for people who have been on the other side of history, of being the slave owners who would use that whip, for the  to admit, ‘yes my family is a part of that and we have work to do together.’ It is a shame of America, it's a disdain in the history of America, of something we have not wiped clean and will never wipe clean unless we have more tools to interrogate and investigate history.”

What it was like entrenching himself in the role:

“You can only research so much. You can read slave narratives, you can do a lot of history searching, but nothing prepares you for the moment you walk onto a plantation. When you’re driven for miles in; when you are so far in, you can’t tell which way is North and you don't know where to go. It's designed that way for your enslavement. You cannot get out of there. And the psychic trauma that you feel, white or black, you feel it. If you allow yourself and you're an open human being, you will feel it. Like when you go to Dachau and you can feel traces of the Holocaust in every single way. You could feel it when you walk in these plantations, I'll tell you that. My first day on the plantation, and I had never been on one before and I wasn’t expecting it, but the moment I saw the depth of those fields, and thought about who worked those fields, who were enslaved, I felt it. Honestly, I tell you this, it was in the air, it was in the soil, it was in the trees, it was in the breeze. You felt it. What we had to do was invite that into our process and let that move you.

“For the first week we shot all night scenes and we were really in the darkness. I consider myself to be a well adjusted human being, a happy-go-lucky and friendly guy, and I wasn't after one week. I honestly felt like it was on my skin. I felt like I could not wipe it clean. It was something I had to bear, it was my duty and an honor to bear it. We should try to let that permeate the film set because that's what we're doing. No one who's going to undertake the story of Nat Turner is going to have an easy road or an easy go at it. It's a story and history of resistance, and that is also the American spirit of resisting. We're steeped in that. It was an honor, a true honor to interrogate, investigate that—that thing that you can't even name that is in the air and you just have to let that be part of the conversation.”

On the audience's reaction & the noise that’s following the film:

“Backstage, before we even came out, we all started [crying]. We were holding hands and people got emotional. I didn't understand why we were, but I immediately got emotional and tears started pouring. I reached over to Nate and I hugged him. It's something that's in the grain of the film, honestly. It's in there, and we felt it backstage. We felt what the audience was feeling. I'm a spiritual person, I'm not a totally religious person but I think it's the same feeling people feel in churches. You feel the energy.

“This is an audience that was filled with all the noise that has been going on and [following] the film and Nate Parker's past. But then they witnessed the film, and they were all standing. There was such appreciation for the work and the story and the spirit that's around. We all chose to come here, amidst all this hubbub and we could still think, no matter what, that this film was important. It's an important film and anyone would be remiss to see it.”

The Latest TikTok Beauty Trend Is All about Celebrating Self-Expression