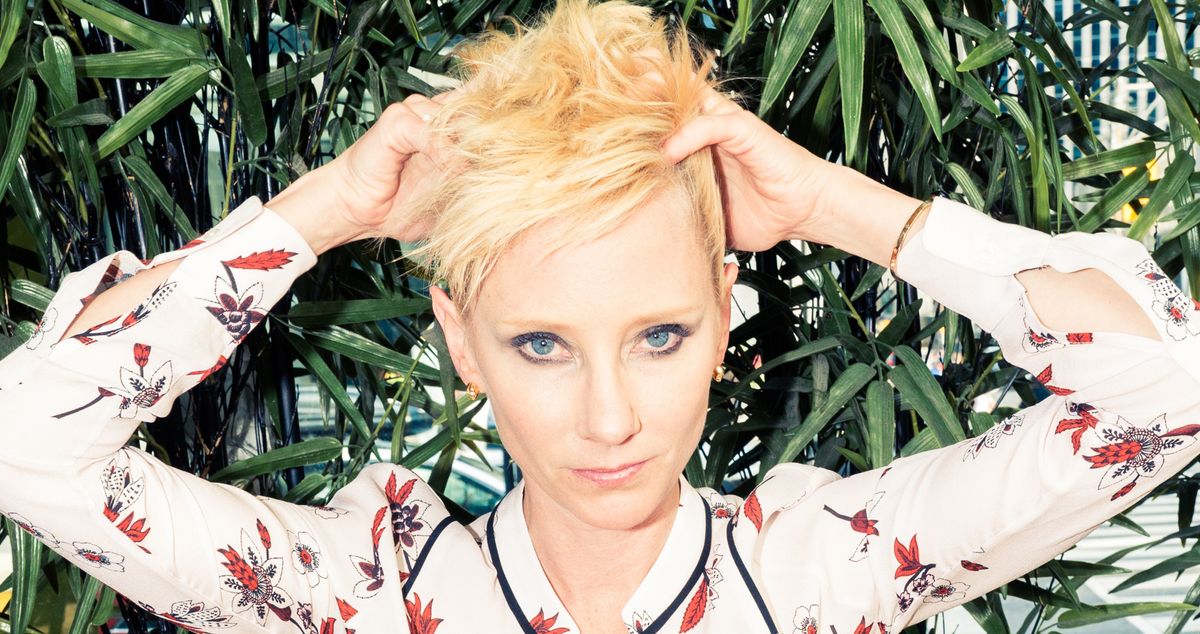 Anne Heche Beats the Shit Out of Sandra Oh in Catfight

How does one react when their inaugural Toronto International Film Festival interview is with none other than Anne Heche?! With a resounding HELL YES. Heche is in our hometown for the premiere of Onur Tukel’s dark comedy, Catfight. She stars alongside Sandra Oh and Alicia Silverstone (throwback x2) in the film, which is about two high school rivals that have a run-in years later. When I sat down with the actress at the Shangri-La over Sauv Blanc spritzers and Diet Coke, we talked about how indie films challenge the industry, what it was like to punch and kick Oh for 10 hour filming days, and what’s next for her. (Hint: it’s a post-apocalyptic series you cannot miss). This is a good one, friends.

How the Toronto International Film Festival has been thus far:

“So, so fun! I'm so excited to be here. I have never had a film at TIFF—I've been to Sundance many times but never been to TIFF. That was certainly the goal and the dream for Catfight to premiere here. The fact that that dream has come true for Onur, the director, and Sandra and me is really, really special.”

From wrapping Aftermath in Vancouver to premiering at TIFF:

“I just finished the 15th episode of Aftermath [which premieres on Syfy & Space on September 27th]. I think it's probably one of the most interesting, surprising shows [out there]. It's certainly the most interesting show I’ve ever been on. It's something that no one has ever seen before, truly. This family goes through the end of the Old World and into the beginning of the New World, and as a family of five, they really collide with every single thing they possibly can. It's as if you were born into a brand new world and have no idea what is ahead of you. It’s everything; it's supernatural, it's lore, it's violent, it's dangerous...it's creatures and mythology. It's the idea that everything that has ever existed has been shaken up and has been released. We were so excited to read the scripts because it has no rules. You cannot believe what they have created for us to confront, and by doing that the family also confronts the things that they are and they all have to transform because they are fighting for their lives. It's very passionate. It's a really unique way to tell a story of a family trying to survive.”

The significance of Catfight:

“First off all, [the film] is called Catfight and we all have an idea of what that is. It's a bold play with the title—it was either going be really, really silly or a comment like, what is this? It's two women who, we don't know why, but they are enemies since college and they bump into each other. They take on their hatred for each other through these fights, through their relationship, through the period of time...it was just phenomenal to do.”

What drew her to the role:

“Well, it's an expression of females as no one has ever seen before. [Women] going to their core. Like Sandra and I say when it premiered last night, it was so devastating. It was like we were standing naked in front of an audience, being as ugly as you could possibly imagine, and beating the shit out of each other. It takes our human emotion and puts it into violence, which we are used to understanding is a male thing. We're used to watching men fight, but we are not used to women's rage. We like to believe they don't have it like, ‘oh my god women aren't as angry!’ But if they are, we allow them to have a 'catfight.' And they will snarl at each other, and that's how we think they'll express it if put into physical behavior. And this takes that concept and blows it out of the water. That is one of the layers of it, that we are as full human beings as men. It's very disturbing to see all the violence of it. My character is an anti-war artist and she's a billionaire making money off of this war, the war that we never see going on in the movie. I think that one of the reasons that Sandra and I both took it is because Onur [Tukel] has a very specific point of view on war and we agreed with it. Onur probably wanted to do a war movie and have millions and millions of guys pounding each other to death and showing how brutal it is, but he only had a dollar. So instead of having $20 million or $40 million or $100 million, he had a dollar and what he did was pick up a pencil and wrote a story so his point of view could travel through these two women.”

The most challenging part of the role:

“Being so vulnerable [was challenging]. I play a really self-indulgent, selfish, arrogant, mean person. Being in a role that sort of justifies the brutality that is given to me, to have an audience want that for me, when I finally receive the karma back [was hard]. You know, I might not be able to like me...people want me dead. So that was the most challenging. To not pull away, to not add a little bit of charm. And Sandra had to do the same thing. Sandra and I are so close, we had to have enough love and trust to be able to be brutal. Not only was it dangerous emotionally, but it was so necessary that we could keep each other safe and let each other go there.”

“Brutal! We're not fighters. It was a part of our roles and what we got excited about was to make these fights bigger and nastier and as complicated as male fights—as violent and brutal as them. Sandra and I, in our life, we aren't trained to fight, and our characters aren't trained to fight. It's funny when you are doing a fight [scene], if you are in a fist fight—I mean I've never been in one—but you fight it out and then you are done. Yet on film, you fight and you fight all day long—you do that fight 800 times. You get thrown up against a wall 900 times. You get through down the stairs. So the fight doesn't end if you are shooting. It is not just twenty minutes [of it].’”

On seeing the audience’s reaction for the first time:

“It's a comedy, but it's very dark, which means emotionally exposing, you have to take the ride. Our first fight scene goes on and on and on, because it becomes the first message about why we do not stop fighting. Why do we not stop? As soon as these two women are fighting in a stairwell you think the other one was finally killed, you think they are done, then they both get up and Sandra knees me in the face, and it starts again. You can't believe it keeps going. It's annoying—you want them to stop. After it ended, there so much relief that they didn't have to bleed and punch each other anymore, and everyone started applauding. It was amazing to be accepted. That is when we were like we are on the ride, they are on the ride. It is both hysterical and like, ‘ugh’ at the same time.”

She’s going along for the ride:

“It's amazing that Onur took his point of view and gave it to female voices. It's going to be very interesting to see how well it sells compared to if it were two men. Where is it going to go? How many people are going to see it? What is the venue that is going to accept it? We are all so curious. How it will be received? It will be received well if people watch it, but will the money people who could give it a chance, give it a chance? I don't know! Part of making this movie has been about how curious we are."