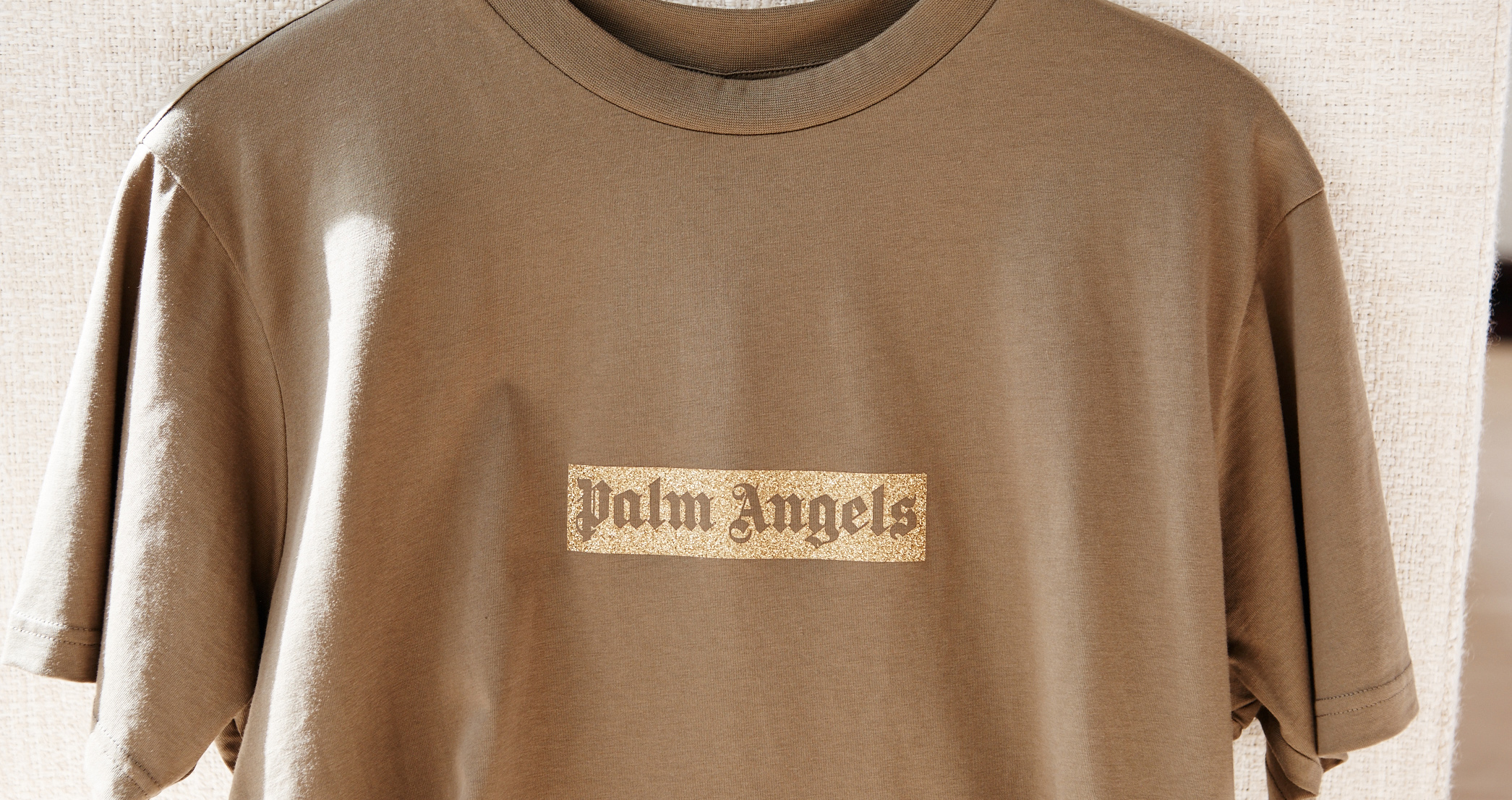 The world of high-end streetwear is getting...well...it’s getting crowded. There are more luxe, athletic-inspired brands than we can keep track of (or afford to keep purchasing), which is oddly not a problem designer Palm Angels Francesco Ragazzi is overly concerned with. “I think streetwear used to be a category, and now streetwear is fashion basically—there’s no difference anymore,” he said.

Fair point well made, Mr. Ragazzi. That doesn’t mean, however, that his Rasta-inspired, Italian-tinged, sporty, super luxurious line doesn’t qualify as streetwear in the traditional sense, as it’s made up primarily of hoodies, slouchy trousers, t-shirts and the odd overcoat. But we’re not here to quibble over labels (in fact, we’re all for eschewing them entirely), especially when the clothes are as good as Ragazzi’s are and the designer is as straight up fucking cool as he is. As far as designers to watch go, Ragazzi is high on our list. Despite getting literally hundreds of press releases and lookbooks weekly, when his came across our desk everyone sat up and said, ‘oooohhhhhh…’ He’s already the art director for Moncler, but his line, which was inspired by a book of skate photography he released with Rizzoli (shameless plug, pre-order our fancy book here!), is unlike anything we’ve seen in a while, even when it comes to something as big as streetwear. 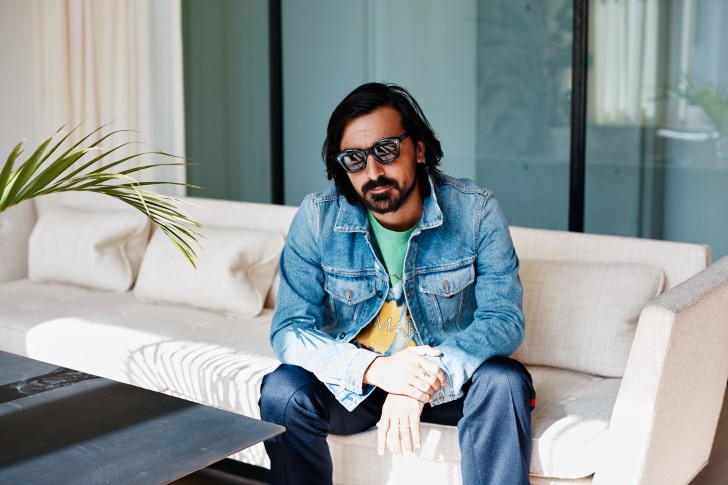 What is Palm Angels:

“The best definition of Palm Angels is post and pre preppy. For me it means that I need to reinterpret the American culture with my own vision. That’s what I did when I did the photography book, I did a reportage on skaters from Venice beach—but in my own way as an outsider. My line is my representation of American culture [as an outsider]. The name Palm Angels comes from the first picture I took for my book. It was of a blond guy, and he was floating in the air with his board under the palm trees in California. I thought, there’s the palms, he’s an angel, so ‘Palm Angels.’” 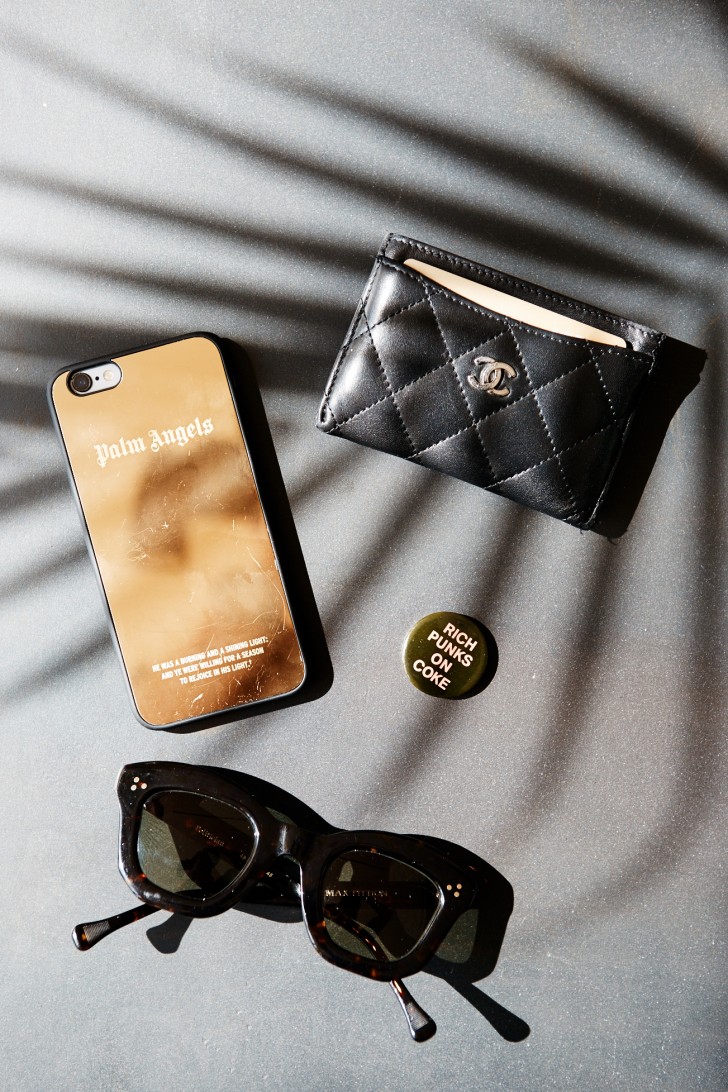 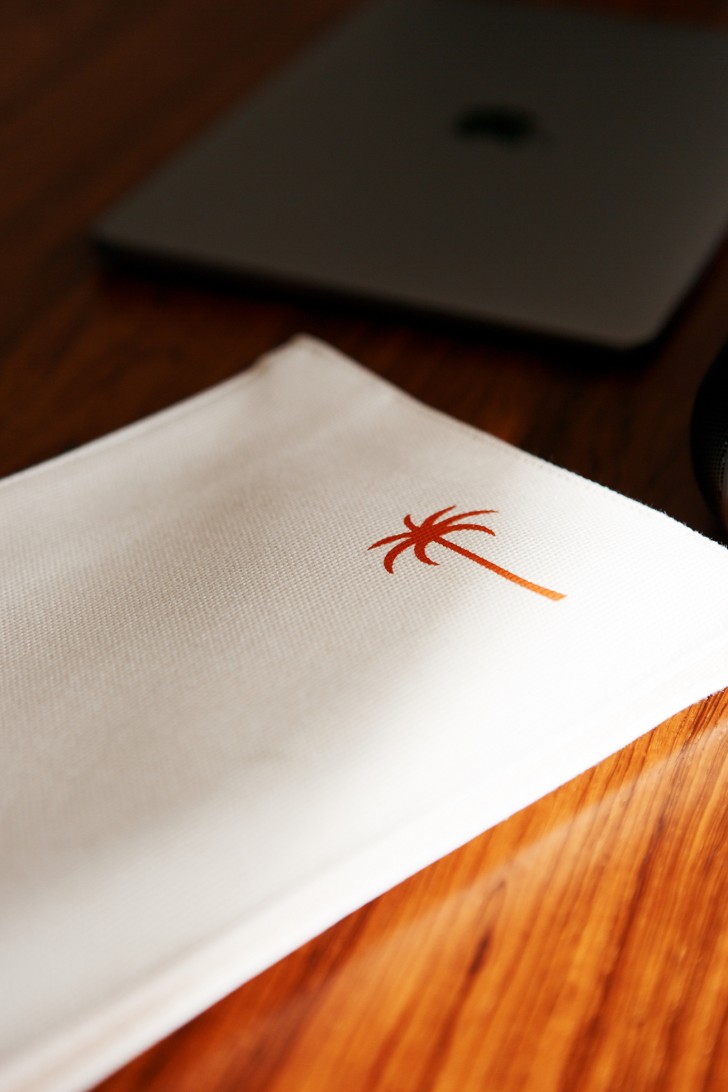 The meaning of streetwear in 2016:

“I just did an interview and they asked me if streetwear was all over the world and I think yes, it is. With Givenchy, with Saint Laurent—I think streetwear used to be a category, and now streetwear is fashion basically, there’s no difference anymore. Look at Balenciaga, [Demna Gvasalia] mixes a sequin dress with a down jacket, that’s not street wear, that’s just how people dress. 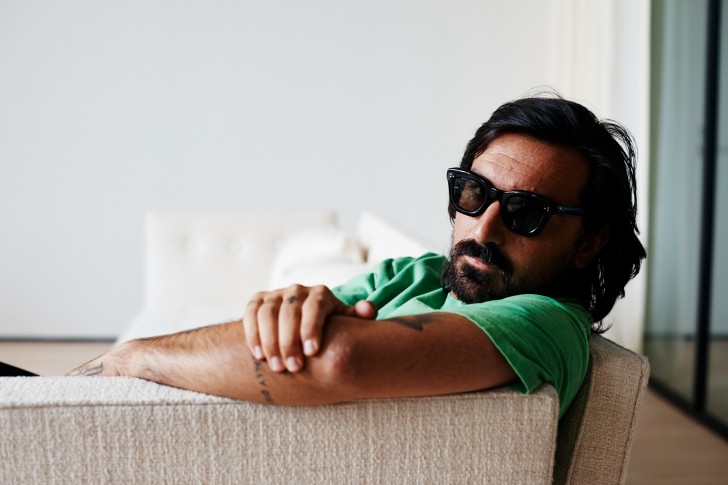 The inspiration behind the line:

“I grew between the U.S. and Italy, so I was always interested a mix of different things. I studied at an American university, but before I went to Italian school so it was really always a mix. Bob Marley was always a big influence for me—he’s inspired me the most and still does.”

How he (desperately tries) to find balance:

“I’m still working with Moncler, but I’m a consultant. I started as an intern ten years ago and slowly became artistic director there. I’m struggling to work on this and on Moncler. I really need to balance between three things: my family, Moncler and Palm Angels. My day looks like this: wake up in the morning and from seven to nine it’s my family, then from nine to seven at night it’s Moncler and then from seven to ten (or maybe even later) I work at night at home on Palm Angels. It’s kind of challenging, but I like it. I don’t feel like Palm Angels is work right now, it’s fun. The only problems is that I don’t really have any time for myself to exercise—that’s the only thing that I’m missing right now. Even working on things like accounting, simple things, are tough because you give all your time to what you think is the most urgent at the time. My problem is that I really don’t have time for myself.” 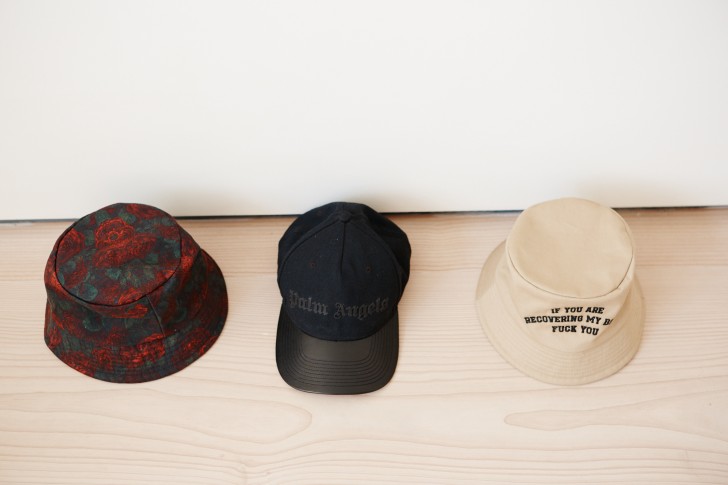 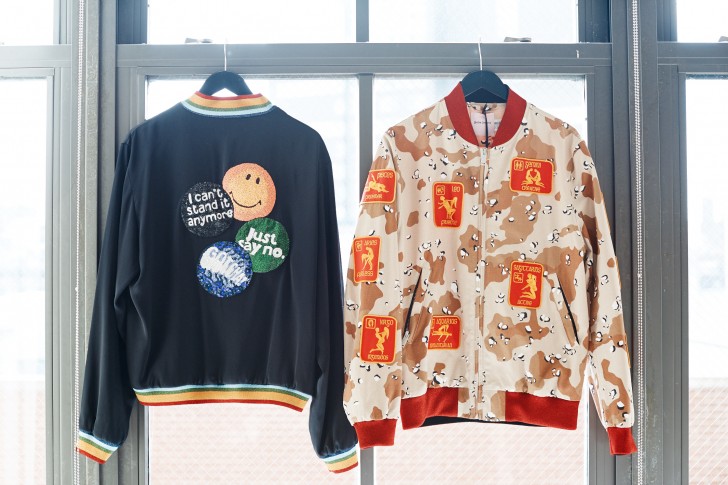 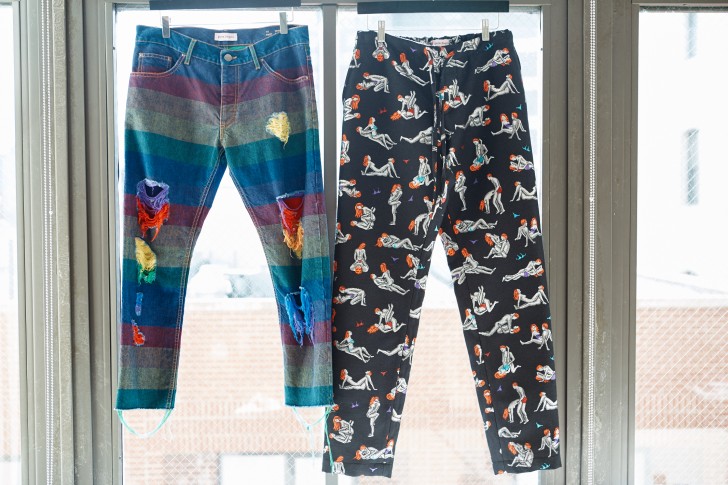 How the book came about (and his collaboration with Pharrel), and how it turned into a fashion line:

“It started really randomly, initially. I wanted to be a fashion photographer—photography has always been my passion. The first time I went to L.A. I brought my little camera and I fell in love with the city. I started photographing all over, and one day I was in Venice and these kids were flying with their boards in the skate park. We were near the beach with palms everywhere. I took some pictures, went home, printed them, and put them on the floor and said, ‘wow this is interesting. Maybe next time I go to L.A. I’ll bring a bigger camera.’ So I went, stayed there maybe one hour, took pictures, went home, put those pictures on the floor and said, ‘this could really be a story this could be a book.’ I went back and forth to L.A. for two or three years, whenever I could. I started creating my story and that’s how it was basically born.

“Then I presented the project to Rizzoli, I presented the project to Pharrell Williams who I was working with. He was a skater too so he wrote the foreword of the book. Then I launched it, and I did sunglasses and T-shirts with the launch—I did small objects around the book with the same aesthetic. That was two years ago, so 2014. Then a friend of a friend saw what I was doing and said, ‘why don’t you launch a line? I’ll support you.’ That’s really how it started.” 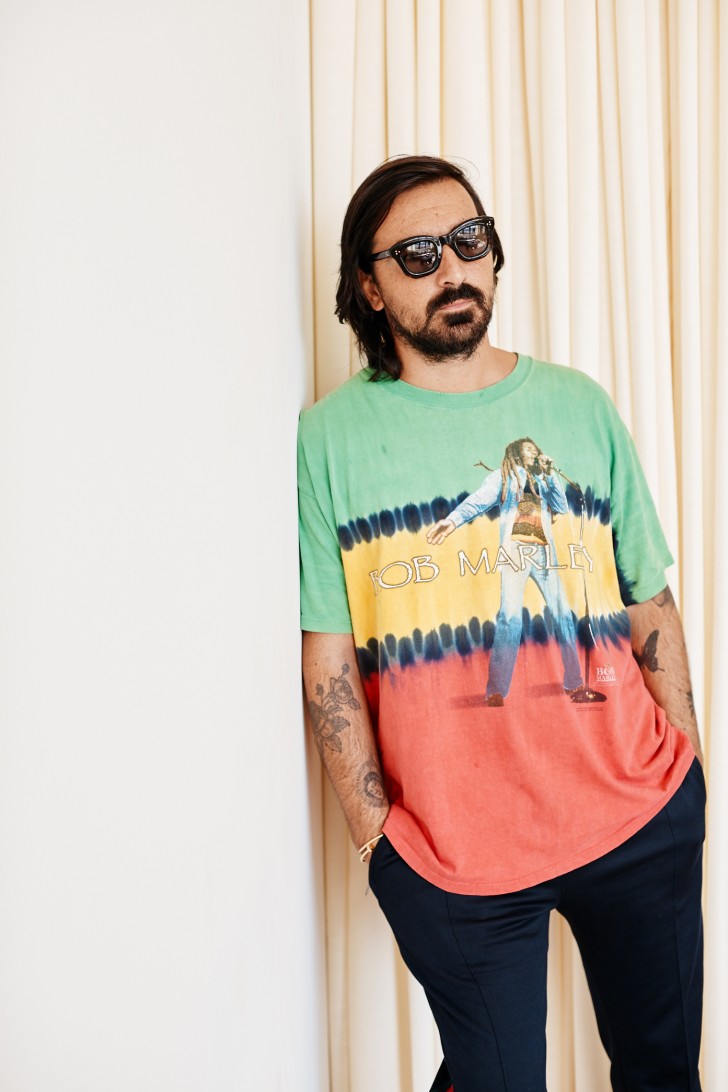 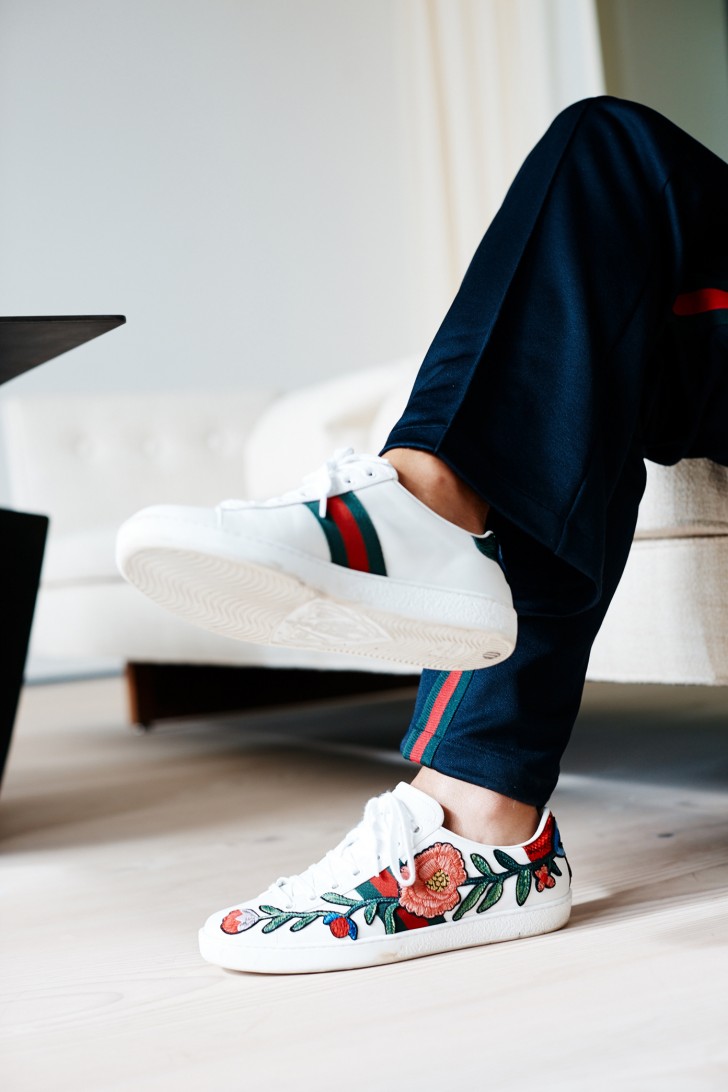 On staying true to yourself:

“What I’ve learned—and this is my fourth season—is that I really need to do pieces that I feel true to, that I could wear. The first season I was really pushing and thinking, ‘I couldn’t really wear this.’ Do things that are really true to your vision and don’t listen to anybody else.”

Ragazzi’s advice for launching a line:

“I think it’s really personal. There’s no recipe—I mean, the recipe is to be yourself and keep dreaming. I know it’s cliché but that’s what it is. When I started the book, inside myself I thought, this will be a line. I knew it before launching the book. That was my goal, and this is what happened. Just keep dreaming. Dreaming has always been the best fuel in my life.”