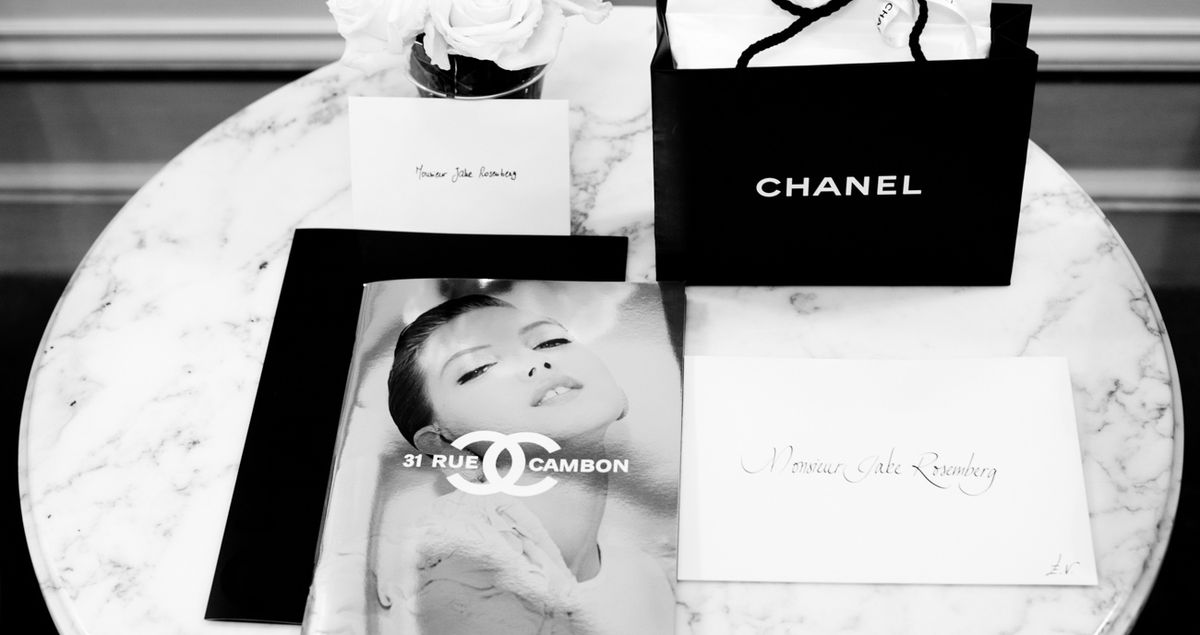 The Absolute Best Moments We’ve Had Working At The Coveteur

A lot can happen in five years. SO. MUCH. GUYS. We try to document every single amazing moment but, it’s nearly impossible. While you’ve been along for the ride with us, and read all about our crazy-wild-amazing adventures at The Coveteur, there are a few extra special moments we want to share with you that, until now have only existed between us. This is us kissing and telling.

“I have three. The first was my first trip to paris, which was with Chanel, and showing up at CDG airport to see a sign with my name on it and the double C's above. Also, being greeted at Toronto Pearson International by the director of Emirates airlines to walk us through the airport straight onto the plane. We were going to visit the Princess in Dubai, and they told Steph not to wear Givenchy Birks next time—ha! Finally, working with Oprah—each and every time—learning from her, being inspired by her, and having the honor to take her picture. I could not have had more fun on our very first Thanksgiving shoot spending the day tossing around food in LA.”

“My favorite memory was going to be our first trip to Paris (my first time there ever) but Jake beat me to it! The whole experience of starting the Coveteur has been one wild ride and amazing memory—traveling the world, meeting amazing people, fashion weeks, etc. I would say my most favorite Coveteur memory is a recent one. I had just returned from a vacation and I walked in to see a full office of amazingly talented individuals. It may sound simple but it really had an impact on me. We’ve built this rockstar team all dedicated to making TC the best it can be. It was a very special personal moment.”

“My most memorable day at The Coveteur was the day we opened our first New York City office, officially becoming a two-city (NYC and Toronto), two-country company. After weeks of camping out in hotel lobbies and coffee shops, it was a big milestone to move into our Soho HQ.”

“My favorite Coveteur memory is my inaugural karaoke night. In case nobody has said it yet, our team loves karaoke. Historically, I hate karaoke, but that was before I realized that The Coveteur version of the pastime is a room full of your co-workers/friends literally screaming song lyrics in unison, not people, you know...taking turns, or actually singing. It was a memorable (if blurry) night.”

“Singing karaoke as a group for our get together was my most memorable moment so far!”

“Having only been here a few months my major memories are a bit more limited than others—but I must say, winning the hula hoop contest at Tortilla Flats (and getting a round of free shots for the table) has to be one of my most exciting moments! Proving to TC that I not only know a thing or two about technology, but am a mean hula-hooper!”

“Not to get all cheese balls on you guys, but in the two years that I’ve been at TC I’ve had some of the most incredible experiences of my life. First of all—are you ready for the cheese?—these people are my friends in real OOO life. And honestly, if it weren’t for the people, my best memories wouldn’t be so. Like, for example, when there was no karaoke machine up at Camp Coveteur retreat, so Renee used her cellphone to pull up lyrics and held it up to her forehead for everyone to see (there is video evidence and it’s so good). Or, when I brought my dog Walter into the office the day I got him and practically every day since. We subjected him to a shameful amount of photo shoots but I did let him go ham pulling apart all the cardboard boxes—it’s his strange addiction—as reward. Or, god, all the traveling, which is a glorious perk. I mean, just read the above and below anecdotes from Team Cov and you’ll get the picture.”

“I have to say it’s hard to pick one moment. What I really admire is how friendly, hardworking and down to earth everyone is here and how passionately we all work to create the best possible outcome. That being said, I really loved a team dinner we had in July—I felt very inspired by the speech Jake and Steph gave, and continuously feel lucky to be helping them live out and expand the vision they had for The Coveteur. Karaoke was also epic.”

“1. Building a human pyramid at Camp Coveteur
OR
2. Coming back to the office to see Alicia deadlifting Tatiana.”

“I’ve been making close to three years of memories with The Coveteur—and there are honestly too many very memorable moments, from the mundane to the very glamorous, to count. Here are my top three. One is a very, very comfortable flight that Jake and I took from Moscow to Los Angeles when we were shooting for the book (pre-order it here!) on Emirates—champagne, full beds, the works—only to miss our connection in Dubai and be sent to Seattle instead. It ended up being 35-hour trip, most of which was in first class, with the last leg on a very, very budget airline in the back of the plane. Another was a series of extremely glamorous dinners put on by Luisa Via Roma in various churches and historical homes all over Florence (think candlelight and a whole lot of wine). And then there’s the million and one moments with Team Cov—most of which have already been mentioned here, and most of which conclude with tequila-fueled karaoke.”

At the risk of sounding completely redundant, my fondest moments of being an editor here at The Cov have been with the team, in all the scenarios they've described—mostly of the taco eating, tequila-fueled karaoke variety. But that's what follows after actual work, which like most internet based companies, we're doing 24/7. But I genuinely feel lucky that although some of my time is spent in a room typing away behind a 13-inch screen, a lot of it is spent meeting the crazy inspiring people who make this industry what it is. Each and every time I ring a door bell or climb a million flights of stairs to enter into someones home—specifically to intrude in their personal space and dig through their most prized belongings and medicine cabinets, I get a bit of a rush. Because I love meeting new people, hearing their stories, and then telling them for our readers. So yeah, my best moments have a little bit of a tequila, crazy co-workers and a lot of rare Chanel.

“We help each other choose Bumble pictures, we sing (or yell, I should say) karaoke, and we go for downright amazing dinners together. On top of *many* other things. And here I am trying to pick just one favorite memory! If I really had to chose, I would say it was a team Mexican dinner this summer. The vibe was good, tears were shed from laughing so hard, and we went around the table sharing our most embarrassing moments. Add that to endless tequila sodas (which we slightly regretted in the AM) and you can probably guess why we had such a good time.”

“I met Jake three years ago in a coffee shop—we instantly got along. Two weeks later, I was on a plane to Dallas to shoot for The Coveteur and ELLE magazine. That trip sticks out as a pivotal point in my experience with TC. It was the beginning of the most important working friendship of my life, but also the start of a job that would take me around the world from the desert in California to the Sydney Bridge in Australia to the Wall of China outside of Beijing to the biggest mall in the world in Dubai. I can't pinpoint a certain memory because it has been just one big rush of life-changing adventure.”

“There’s the fact that I’ve gotten to tick an impossible number of cities off my bucket list (Beijing! Tokyo! Milan!). There was Camp Coveteur, where, the morning after one particularly rowdy night, I woke up to Snaps of certain staffers (who will remain unnamed) inexplicably head-banging, aptly captioned “IT’S SCIENCE!” There’s getting to hang out every day at an office that feels like a creative clubhouse populated by a crew of wickedly talented, brainy, supportive, impossibly hard working people who all help make whatever weird shit (pedicures with rappers) we feel like putting on the Internet on any given day a reality. No two days are the same, and there’s no one I’d rather experience it all with.

“Shoot-wise, Michelle Elie was one for the books—which is why it’s in our upcoming book! Hit that pre-order link, will you? Her shoot was halfway through a Eurotrip of sorts Renee and I took, heading to Elie's home base of Cologne from Belgium by train. We arrived laaaate the night before, ate steak at a very traditional German bar in what felt like the middle of nowhere where not a soul spoke English; and made the journey to Elie’s in the morning, only to be greeted by the most incredible collection of special things I think I’ve ever seen. Like the Damien Hirst heart that greets you when you walk in, or the neon Tracey Emin in her kitchen.