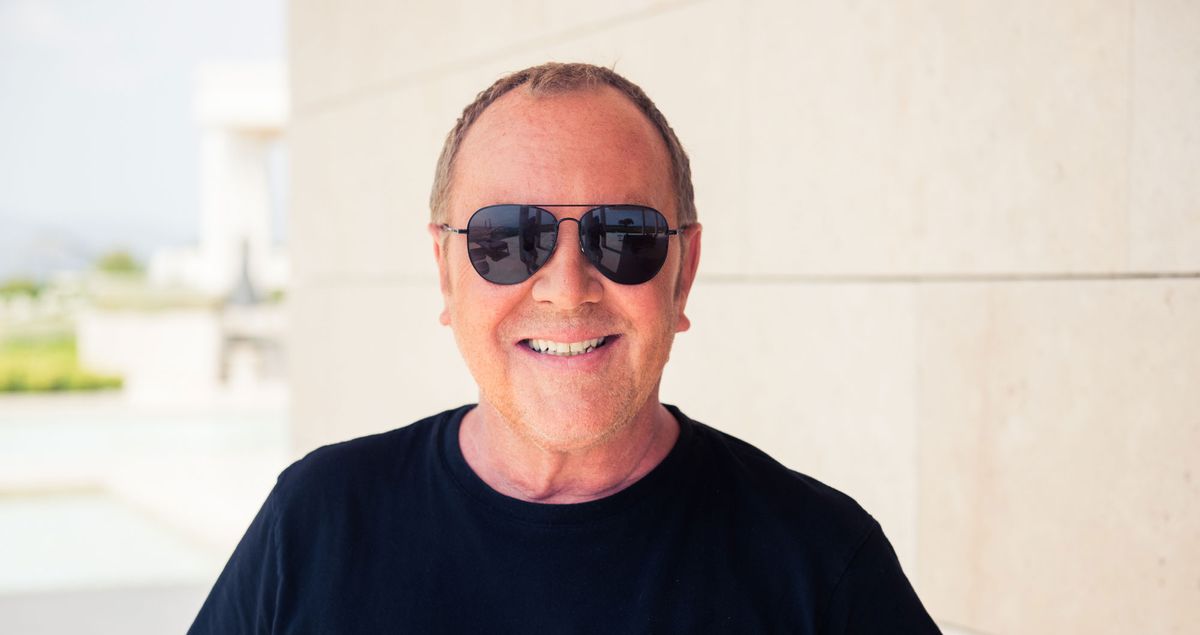 This Is How Michael Kors Travels

The man behind the brand on carry-on vs. checking & using every flight as a mini spa experience. In collaboration with Michael Kors.

Few luxury brands can boast that their identity instantly evokes the jetset, never-not-traveling thing. Other than Michael Kors, that is. C’mon. Who hasn’t spied one of their campaigns, all hair-flying-in-the-helicopter-wind and mirrored aviator glasses and fantasized about jetting off to… well, just about anywhere that isn’t your subway commute to the office?

That’s precisely why we’ve always said that if we could peek into anyone’s carry-on, it would be Mr. Kors himself. So when we had the chance to pretty much do exactly that, we had a brief fangirl moment, recovering just in time to hear the man behind the brand talk t-shirts, taking plane time to catch up on print, overpacking (designers—they’re just like us!), and the ultra-glamourous inspiration behind his latest fragrance, Wonderlust. Mission accomplished.

“Honestly, not just because I’m wearing it, [but] white jeans, everywhere. They could be dressed up, they could be dressed down. I like them in the winter ‘cause I kind of always love wearing something that makes people think, ‘oh that’s not right for the the season.' I like bare feet in the winter, I like white jeans in the winter. I love girls who wear boots in the summer with a sundress. Aviators sunglasses take me anywhere I need to go. I always have a great black tailored jacket with me, and lots of t-shirts. Charcoal, black, navy, I’m ready to go."

His approach to carry-on versus checked bags:

“Well, I try. I start with the concept of a carry-on, but inevitably we end up checking bags [laughs].”

How he spends his time in the air:

“Normally I catch up on print magazines on a plane, because when I’m home and I’m working I never have time. It’s kind of my moment to delve into everything that’s print. You know, you’re able to concentrate. It’s my spa moment.”

“I’ve never been to New Zealand. New Zealand and Patagonia. When nature is that extreme, I always think it’s mind blowing. Those are two spots, and both are far away, but I have no problem with a long haul. I would definitely go with my husband. We’re great together traveling, we enjoy the same things, so there’s never an argument about, ‘I want to go sight seeing and I want to stay back,’ we kind of try to always balance things when we travel. I’m going to the South Pacific this summer, and I have never been before, so I can’t wait. I love anything cinematic.”

How he defines the jetset lifestyle:

“When I was growing up, you started to see paparazzi pictures. You’d see pictures of Jackie and Ari [Onassis] in Greece. Or you’d see Liz Taylor and Richard Burton, Ali MacGraw and Steve McQueen; they were always on the go. They were busy and glamorous at the same time. If you looked at really old vintage pictures, there was this idea that to be glamorous meant that life was slow. You took a cruise with trunks and gowns. Then suddenly, you saw the idea of glamour that was fast-paced. It always attracted me, it was always intriguing. I love to travel; I love glamour, but I’m practical. It used to be that only a certain group of people led a very fast life. Now even if you’re not actually getting on a plane, or getting on a boat, the reality is we’re all moving quickly every day.”

How travel shapes his designs:

“I always think about designin, and making things that combine a sense of glamour, a sense of indulgence, with the idea of something that’s built for speed, that works, that’s pragmatic. It’s the blend of the two things. But during the last ten years, [that] fast life has reached everywhere. It’s not just for big cities anymore. It used to be that you’d say, ‘oh well, you know people who live in New York, London, LA, Tokyo, they live this life but people who live in small towns don’t live this way.’ Now, we’re all interconnected. It’s just the reality of the world.”

The inspiration behind Wonderlust:

“I kept thinking about the idea that you’re up for anything. You’re optimistic, you’re filled with wonder when you see something amazing, and you notice things. You know, it’s hard in today’s world to notice things. You also love travel, you love adventure, and you’re full of love and lust. Not just for the person you’re with, but for life. So we invented the word. We also wanted the whole idea to be that this was for a girl who is really ready for anything at any time, and she kind of always gets especially excited by the whole idea of something unexpected.”

How he describes the Wonderlust girl:

“Very free-spirited. You’re at a party, you’re in a beaded dress and you say, ‘let’s ditch this place, get out of here and disappear.’ You’ve got your passport in your bag, and someone calls you and they say, ‘you know what, I’m going to LA for the weekend, do you want to come?’ ‘Oh okay you’re going to Mexico after? Okay, I’ll go to Mexico with you.’ It’s just the idea that anything is possible. Something that’s sexy and glamorous at the same time, and can feel a little irreverent.”

How it’s different from other fragrances on the market:

“We also wanted the juice to be a little unexpected, for both me and my customers. This is our sixth fragrance, and in the past we’ve never really done anything that was gourmand in any way. One of the things that I said to Trudi [Loren, the brand’s perfumer] when we first started working on it was, ‘I want something that’s delicious, but not edible.’ It’s not crème brule. I said to her, 'I am turned off totally by people wearing things that smell like sugar.' It’s fun to stretch yourself, and mix things together that actually are unexpected. Once again, you’re up for anything, you want to try something new.”

Why he chose Lily as the face of the fragrance:

“She is that kind of girl in real life, that’s the thing. We had a great time doing it, and the funny thing is, obviously she’s beautiful, but she is up for anything. She likes to have fun, she’s a great story teller, she’s very funny, she’s super smart. A lot of girls, if you said, 'okay, so here’s the scenario, you are going to jump in the water in a beaded dress and you’re going to pull a boat,' they would be like ‘no.’ She was like, ‘oh that sounds like so much fun, I’m totally up for it.’ And she’s got that sense of adventure.”

How he would describe the fragrance in one word: