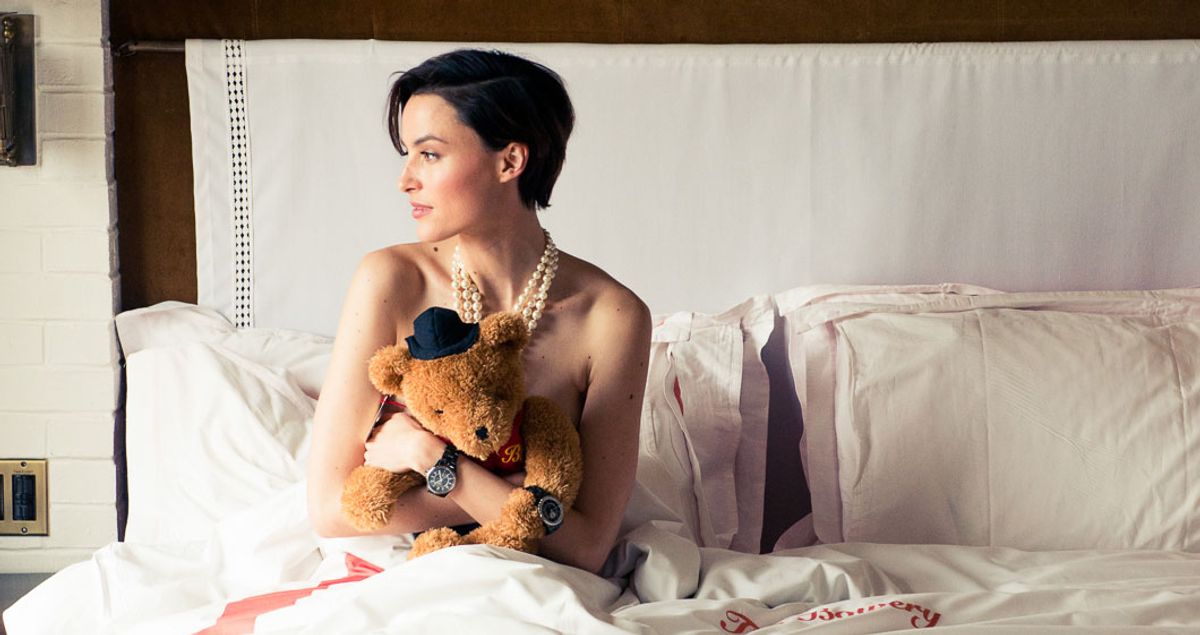 How I’m Making Sleep A Priority

One Netflix-free night at a time.

I never thought I had a sleeping problem. I had energy throughout the day and was impressed at how I could survive, even though I was waking up before 6AM and lasting until well after midnight. I credited my diet and workout routine—which, in my mind, gave me fuel—and, I don’t know, maybe my DNA. Then I started Nike’s Unlimited Potential challenge, which commenced with two days of intense and science-y performance testing. The easiest of them all, or so I thought, was the sleep test. All it entailed: wear the monitor for the full 48 hours. I had this.

Until the results came in a few weeks later: red squiggly lines on a linear graph, a pie chart with a sliver of green with “0%” printed adjacent to it. What does this mean?! It couldn’t be right. Until...I read the second-day results: 20%. I may have been shutting my eyes but, according to science—and science is smarter than me—it wasn’t restful. I was getting more of a pass-out, as if after a hangover, than a recharge.

There were warning signs, though: I needed (NEED-ED) coffee every morning. No exceptions—except (ha), not so surprisingly now, on the weekends. And, like clockwork, by 6PM on weekdays my eyes would go glassy and I would feel dazed. Until the second wind would kick in after dinner. My work-life balance needs some work (a few of us are working on balance here at TC), that I know for sure—but baby steps. And there was a bigger habit I needed to shake—my nighttime routine.

Okay, so I should know better. After all, I write this, but my bedtime ritual sucked. Here’s what a typical night looked liked for me: makeup off, PJs on, under the covers with my phone on my nightstand and my laptop on my bed (!) with Netflix on. I had to fall asleep to some sort of sound, and it would often take me five nights to get through one episode of whatever crime drama I was into at the moment.

But back to that sleep test. It kind of changed things for me (at the very least it’s made me more aware of my shitty sleep) because I’m making a conscious effort to shut my laptop and put my phone on “Do Not Disturb” at least 30 minutes before bed. So far I’ve seen a huge improvement. I’m falling asleep faster, and although I haven’t shaken my coffee addiction (yet), I’m convinced I can shake it tomorrow. Next, I’m going to try to physically get to bed at an hour that allows me to get at least eight of sleep. Stay tuned!