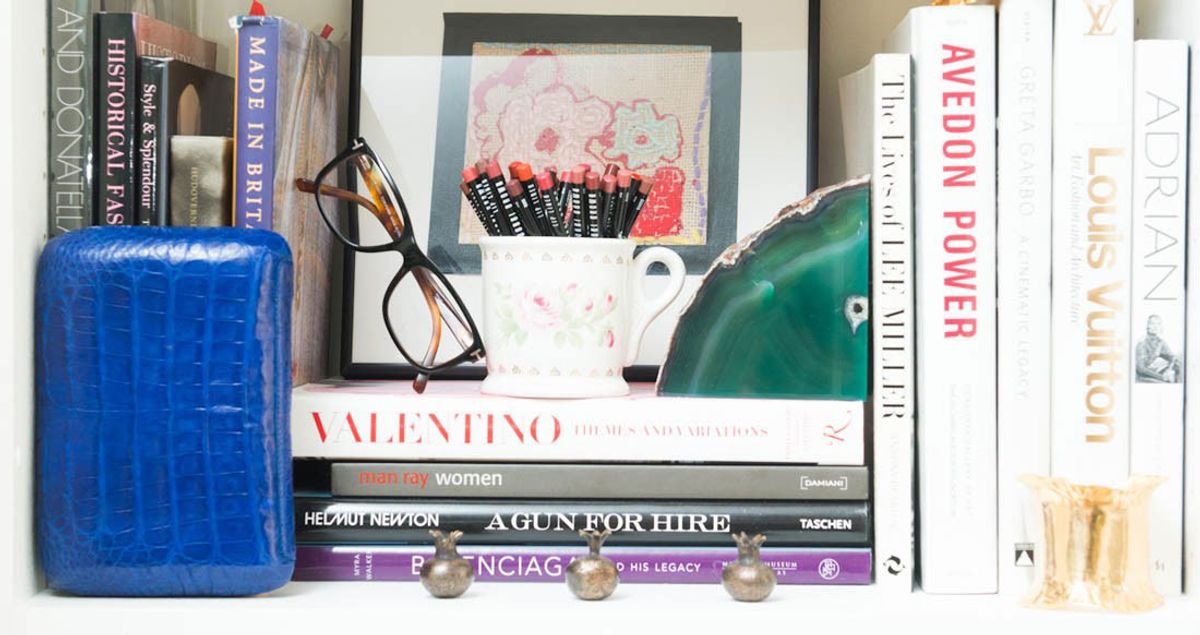 How to Wing Anything in 60 Seconds

It’s a scenario everyone’s familiar with, either because they’ve been there or have recurring nightmares about it: being put on the spot during a big meeting or huge social event and asked to say something.

Whether it’s in front of 15 people or 500, there’s something about having all the attention suddenly on you that can be terrifying, even for the most preternaturally extroverted among us. Especially when you have nothing prepared and have minutes to, excuse the expression, pull something out of your 3x1-clad ass. Here are a few tips to help you get through this thing in one piece—if anything, use a post-presentation tequila shot as the proverbial carrot-on-a-stick to see you through.

This might not be the most helpful once the damage is done and you’ve already been put on the spot, but it never hurts to prepare something before a big event. If you’re in a wedding party, have a few go-to lines marinating in your mind in case someone does ask you to say a little something or the MOH thinks a really fun icebreaker game for the wedding weekend is asking everyone to share a story about the couple in front of a few dozen strangers. You don’t need to go full Obama—just something to get you through your time to shine without stammering. Having an anecdote, or even something that feels cliché but ultimately rings true, even vaguely committed to memory is a help.

The same goes for a big meeting—whether you’re an intern or in a more managerial position, it never hurts to have a go-to, smart-sounding update on your department or a recent win to contribute to the conversation. Always bring a notebook, and jot down a few guiding phrases to reference if you need it.

Once the Request Is In, Focus

The ideal in these situations is that you have at least a few minutes to gather your thoughts, as well as calm the fuck down. Meditate on just a few key phrases or sentences to open with, and you’ll figure out the rest as you go (more on that later). Zone out while other people speak (or, alternatively, pay very close attention and note what gets them the most laughs or sounds the most thoughtful) to gather your thoughts.
As Dana White, author of Leader Designed: Become the Leader You Were Made to Be and speechwriter and adviser to the CEOs of various Fortune 500 companies, a US senator and a governor (to name just a few), says, “If you have been asked to speak, people want to hear what you have to say. There’s no need to be nervous or feel as though you must prove yourself. If you were invited, the audience and the organizers clearly see value in your perspective, so don’t make it an audition or show-and-tell.” In other words? You got this.

Faux Confidence is Half the Battle

This feels cliché AF because it’s true, dammit: fake it ’til you make it. Roll your shoulders back and stand up straight, and people will already view you completely differently. Paste a fake smile on and you’ll genuinely start feeling—and, thus, acting—happier (it’ll carry through your voice, too). White notes, “Remember: Get out of your head. You are unique and possess valuable experiences and ideas. Consider a speech an opportunity to share those experiences in a way that inspires and empowers the audience.”

I also find it helpful (at all times, but especially on these occasions) to think of all the complete loons in your life—we all know these people—who simply act like they know what they’re talking about even though half of the things coming out of their mouths are totally nonsensical, and they float through life just fine. If they can do it, so can you. Which brings me to my next point…

Remember No One Really Cares

Too harsh? I mean this in the best (and most to your advantage) way possible: you might feel as if the spotlight’s suddenly on you, but, in reality, the number of people who are actually fully engaged and paying attention is probably very small. It’s the same psychology that applies when you have a pimple and it feels like everyone’s staring at: no one will notice until you point it out because you think you have to. In reality, we’re all too busy thinking about ourselves and what people think of us to obsess over you. This is especially true in a meeting, where people are fuming over something someone said to them or thinking about what they’re going to have for dinner while pretending to be paying attention.

On that note: don’t open things up by apologizing or explaining that you hadn’t prepared. No one cares about that either, and they wouldn’t know otherwise. But by kicking things off that way, they instantly anticipate that you have no idea what you’re talking about. As White explains, “Even though you are onstage...it’s not about you. It’s about the people who’ve come to listen to you. Give them what they want…a story about you that relates to them.”

It seems counterintuitive, but making eye contact with individual people—especially friends or anyone cheering you on—will put you at ease instantly. Plus, it’ll make everyone believe you totally have your shit together and are one of those people who can make a speech with zero time to prep—looking at the floor has the opposite effect. As White puts it, “Focus on faces rather than the crowd. Looking at individual faces makes it feel more like a conversation with several different people rather than one person being scrutinized by a thousand eyes.” Can’t zero in without freaking out? Stare at the very back of the room—it’ll have the same effect.

Once you get started with the aforementioned key phrases, you’ll be shocked at how easily the words will begin to flow out of your mouth. This, friends, is a skill as old as time itself—it’s called bullshitting. And it’s great. This is what you want to aim for. And it’ll come! Just trust the process. As Dr. Deborah Sandella, author of Goodbye, Hurt & Pain: 7 Simple Steps to Health, Love and Success and award-winning psychotherapist notes, “Your imagination is smarter than you think. I believe it’s the genius part of our unused brain. Quick as a wink it can bring you an image of you shining in the spotlight and connecting with every person in the audience. As you look out and sense all the wonderful people in the room, you imagine you’re at a fun party and loving it. You’re amazed at what comes out of your mouth because you didn’t even need to think about it!”