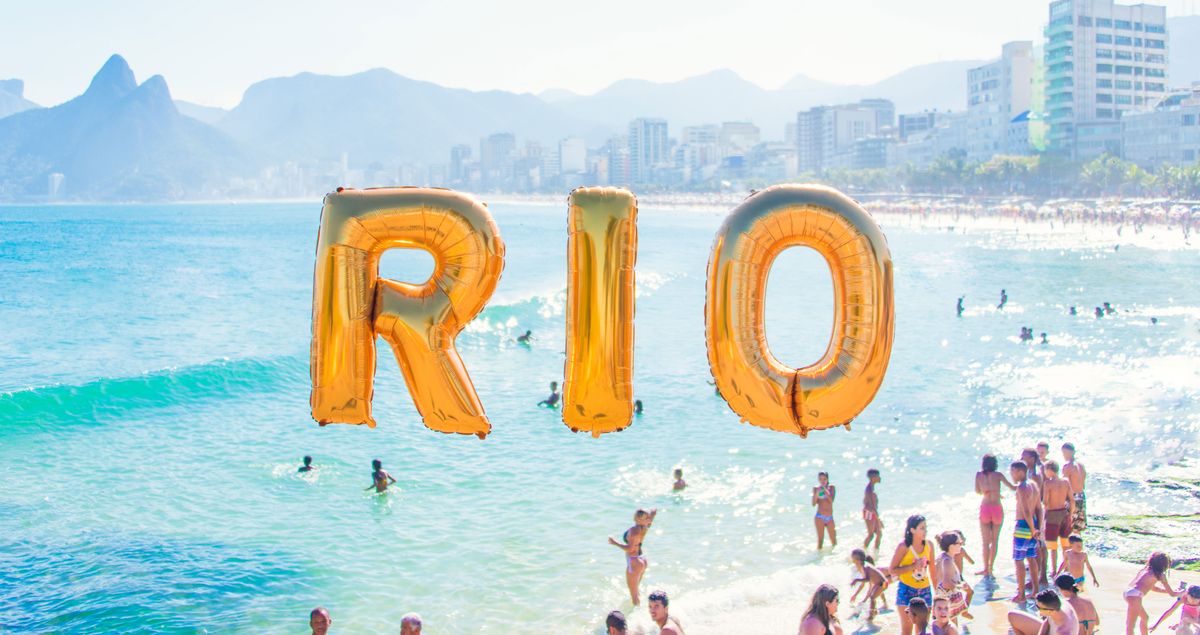 A dose of wanderlust for in between Olympics commercial breaks.

If you’re not familiar with Gray Malin, photographer author, and force behind his eponymous lifestyle brand, we’ll give you a hot second to climb out from the proverbial rock you’ve been hiding under because we know you’ve seen his incredibly dreamy shots here, hanging on your best friends wall, and just about everywhere. And for good reason. Malin has the keen eye (and clutch helicopter access) to capture the kind of moments that make you want to whip out your Amex, buy a ticket, and hop on a plane. Whether that’s his classic Prada Marfa piece, those aerial shots of a crowded beach filled with sunny umbrellas, or a slew of gold balloons on their own African safari, to put it simply: his work takes you on the adventure you wish you could have. And just to celebrate the Olympics, he took on the task of photographing Rio’s beaches in all their glory. So that in between watching gymnasts fly through the air and swimmers tack on gold medals, you can have your own mini vacation (and if you’re lucky enough to be in Rio right now, head to these spots stat). You can thank him later.

“From above as well as from the ground, this world famous beach is always packed with locals and tourists alike. It's definitely not for the person looking for a secluded day at the beach. Rather, it’s full of people squeezing in their time under the sun to the fullest. It’s by far Rio’s most famous stretch of sand, and demands a visit whenever you’re in this beach city. Grab yourself a caipirinha at one of their numerous stands and settle in for the day.”

“Overlooked by the Two Brothers Mountain, this is the home to the skimpiest of skimpy bikinis in Brazil. In the southern part of the city and nestled between two stylish neighborhoods, Leblon on one end and the famous Arpoador rocks on the other, it's certainly a good beach for beautiful people watching.

“Not nearly as name recognizable as its neighboring beaches to the left and right of it, Copacabana and Ipanema, Arpoador Beach is most notable for its jagged rock that juts out into the water. The last time I was there, which is when I captured this shot, I also had the chance to enjoy some of the walking trails that are unique to this beach. This is also one of the most famous beaches in all of Rio to watch the sunset and I highly recommend any visitors to enjoy at least one evening there.”

“Rio de Janeiro has a beach culture unlike any other city I’ve been in the world. The energy is palpable and the Brazilian people are so drawn to the beach lifestyle. It’s truly part of their way of life.”

“Leblon is a very nice part of Rio, and this beach reflects that. It’s a much calmer vibe with a few more families than Copacabana and Ipanema Beach, which I really appreciated after spending time at the others.”

“I had always heard that this was considered the ‘secret jewel’ of Rio de Janeiro, so I specifically requested that we go above it while up in the helicopter. Even from above, it was clear that it would not be the easiest to get to by foot but well worth it once you’re there. This is also more of a surfer beach, as the current is stronger than at other parts of the coast line.”

“This is one of those perfect timing shots. I love the singularity of the surfer with his board and the ocean. He could be about to have the best run of his life.”

“I was so in love with the vividness of the water in these two shots, I felt compelled to offer it in both vertical and horizontal. It’s one of those images that can really fill a space, so I wanted to offer the collector options to choose from.”

Beaches
Part of the series: