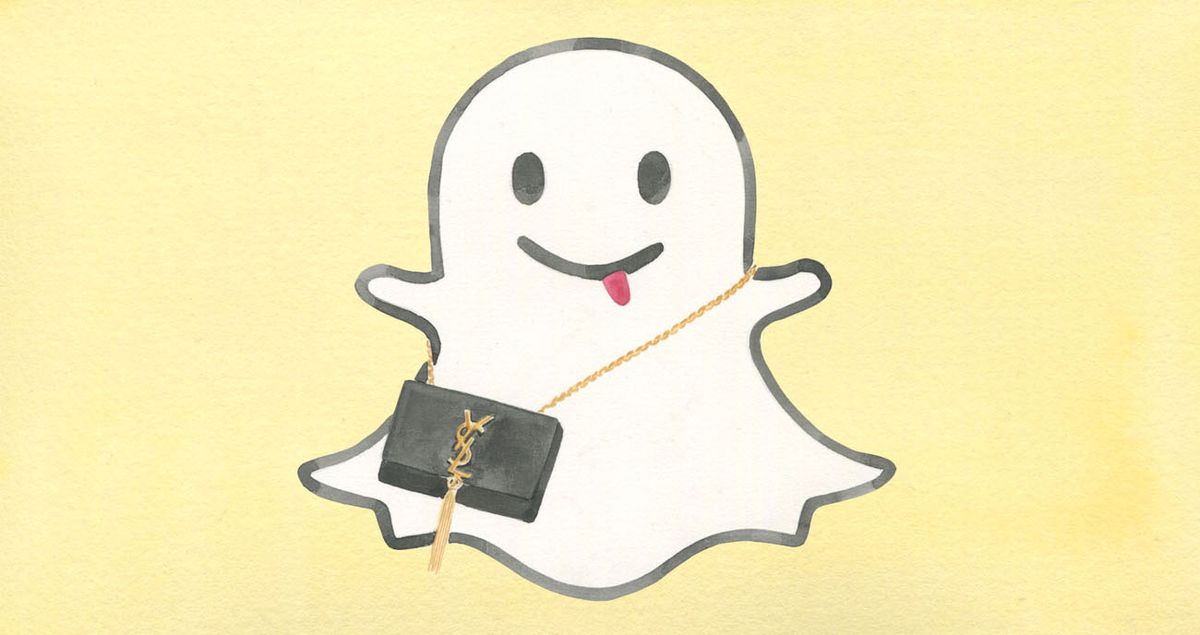 How to Up Your Snapchat Game

Confession: before this week, I was one of the seven remaining simpletons who did not have Snapchat. It was just me and your great-aunt hanging out on Facebook, sharing Buzzfeed listicles, and wondering where everyone went.

For the sake of journalism (you’re welcome) and general with-the-timesiness, I am now a Snap Queen. A vanilla bean Snappuccino. Basically, I have it but am too scared to touch any buttons in fear of mis-snaps of the Draymond Green variety.

Suffice it to say, I will not be the one telling you how to up your Snapchat game. We’ll leave that to the pros—like DJpreneur Brendan Fallis, Soulcycle instructor-turned-Snapfitness-guru Kym Perfetto, and full-time Snap artist Cyrene Quaimco.

So whether you’re an OG Snapper or still saying things like “that’s funny, I never go over my data,” here are a few tricks we picked up from the pros, from layering filters to background colors to how not be a snoozy chatter (it ain’t easy!).

Ed note: yes, these tips *also* apply for Instagram Stories, too. Ah, the ever changing landscape of social platforms!

I think my style is biographical mixed with inspirational. I just started to talk to the app and voila! I was also inspired by a few others that I saw early on.

Real life belongs on Snapchat. Instagram is kind of the best iteration of your life, Twitter is more informational, and Snap is just real life as it’s going on.

Harris Markowitz (@markowitzh) is pretty damn good. A close second would be Reese Pozgay (@reesito3). Of course my lady, Hannah Bronfman (@HannhaBGood) takes the crown though!

Someone who’s just snapping all day long, who can’t stitch a story together properly or who constantly builds up to a finale, but forgets to snap the finale all the time. Ugh, frustrating!

Any other trade secrets you have.

Be you. Honestly, it’s so much better than trying to be someone else.

Emily Dougherty (Elle Beauty Director) put me on to Snapchat in 2013, but I started using heavily in 2015.

If I’m doing a makeup tutorial, the step-by-step goes down on Snap, the “after” look is for Insta, and on Twitter, a link to the article.

Who’s your favourite Snapchatter of the moment?

My friend Danielle Prescod was doing Snap karaoke before Ariana Grande. I watch her story every day.

You can layer like three filters over one image by holding your finger down and swiping right. But maybe everyone knows that.

I like to build mini-informative documentaries on my day, which share my work and my lifestyle. It was trial and error, really. Oh, and paying attention to what my followers requested. Like, if I was DJ'ing a party they would ask to see the crowd or a full shot of my outfit.

Uniqueness. A story no one else can tell. A sight no one else can share. People send me snaps of the laboratories they study in or the airplane cockpit they work in...that is fascinating.

I'm an open book. I post my colonics and Brazilian waxes. I'd probably not share my intimate relationships.

How did you get started on Snapchat?

My snaps were super weird and nonsensical at first. Kind of like watching a bizarre art film. I didn't know what I wanted to do with it. But once I saw who was watching them, I started talking to them. People say they like my snaps because they're an unpolished, unscripted version of my YouTube channel.

How would you describe your Snapchat style?

It's like 10 minutes a day behind the scenes with your trainer, who's also your friend.

I love Lolo Jones for honest and funny behind-the-scenes of training for the Olympics.

If it builds on a previous snap or story. Ali Spagnola is a master of weaving in and following up on previous stories.

Excessive face filters, snaps with no story and unsolicited nudes. I did a whole story once on dick pics, warning that the next person to send me one (that I didn't ask for) was going to get put on blast. I also re-snapped everyone's reaction to my story and it turned into a very animated conversation!

Do you plan on using Instagram Stories as well as Snapchat now?

I haven't quite decided what content goes on which platform. I might make Instagram just for playlists and Snapchat more story-oriented. Currently I'm putting separate stories on each, with occasional overlap.

Any other trade secrets you have.

When in doubt, snap pictures of your abs :wink:

It's me. It's my brand, it's what I like, it's CyreneQ. The style is whatever is in my imagination. It's fun, creative, and playful.

Too many. That's why I created a website The11thSecond.com where I feature all my favorite Snapchatters.

What advice would you give to someone looking to make a career out of Snapchat?

My style on Snapchat is basically my detailed stream of consciousness. A video diary of sorts. It found it kind of randomly because my career presents weird, cool experiences. Instagram, despite my rather unmanicured feed, is still not always right for that everyday miscellany—especially if it's not photogenic.

Use Snapchat when the lighting isn't good enough for an Instagram, or for those unphotogenic (but still entertaining) moments. And Snapchat is best for video because you can tell fuller, longer, more dynamic stories. Since they're broken up into 10-second clips, I find it's easier to record (and watch) because you can just exclude the boring parts.

I'm not sure if this is well-known but I run Allure's Snapchat and used white and colored backgrounds for text, at one point, and a ton of followers asked how I got them. You can pick any emoji and just stretch it out to fill the screen. Voila! Every color of the emoji rainbow at your fingertips.

I'm relatively casual and personal on my account but there's a fine line between what's appropriate and what's not. It's imperative that you have good judgement. I generally refrain from posting after having one too many glasses, and I don't really talk about personal stuff. I could say you should maintain a small sense of mystery but really, I just know all of my past and present bosses and editor-in-chiefs follow me and there's a difference between self-deprecation and humiliation.

What (if anything) constitutes an immediate unfollow?

I have my DMs set so that they're open to the public and one guy kept asking for pictures of my feet. I blocked him.