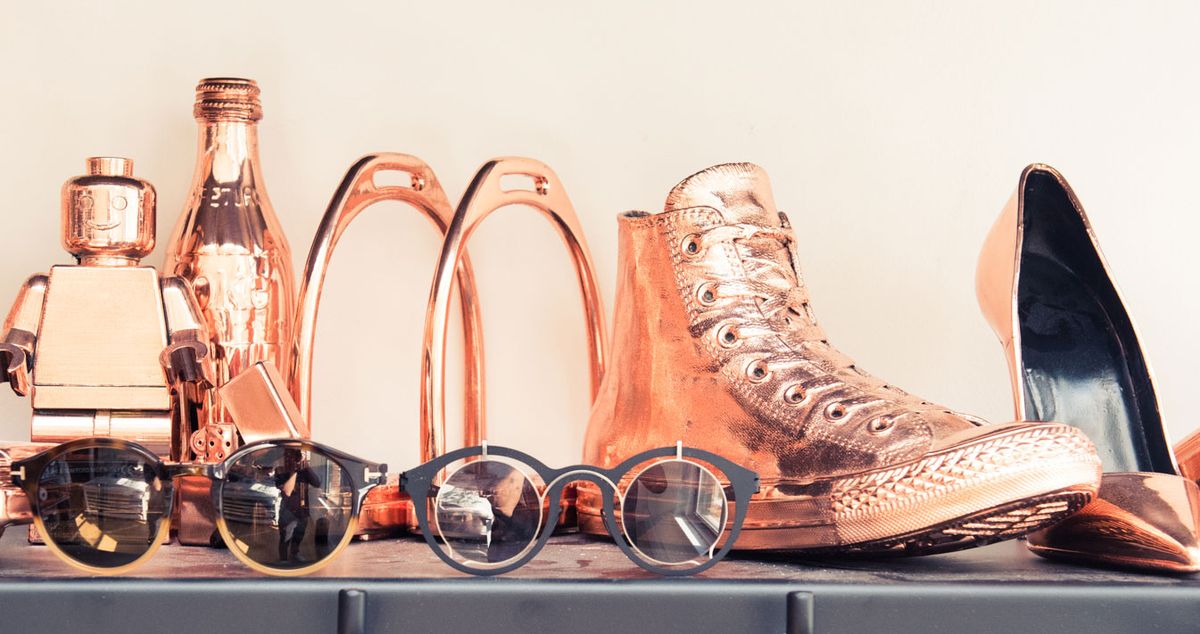 You’d be excused if the first thing you said upon entering CJ Hendry’s TriBeCa studio was “Ho-ly shit…” We’re pretty sure that’s how we reacted to seeing her larger-than-life photo-realistic drawings of things like crumpled CHANEL or Gucci bags, studded Louboutin sneakers, and, um, vibrators.

The Australian-born artist made a name for herself thanks to her obsession with pop culture, unbelievable talent, and commitment to just doing her thing. Her *thing* just so happens to be making large-scale drawings, casting every day iconic objects in bronze, and flying a massive banner with an anti-gun image around New York, Chicago, and Orlando one week after the shooting at Pulse nightclub. And while she claims to not give the objects she features too much thought, we think she’s actually pretty deliberate. How else do you get the Instagram masses to think about out-of-control consumption, gun rights, and celebrity culture (spoiler alert: she met Kanye and he owns one of her pieces) all without writing a single word?

She’s also delightfully hip to her own game, live-streaming her studio 24/7 on YouTube and regularly posting progress pics on her own account, which has over a quarter of a million followers. NBD. We spent the afternoon with her (and her unbelievably cute dog, Ace), nearly got tattoos (seriously), got scribbled on, and heard all about her work and what it’s *actually* like being a professional artist.