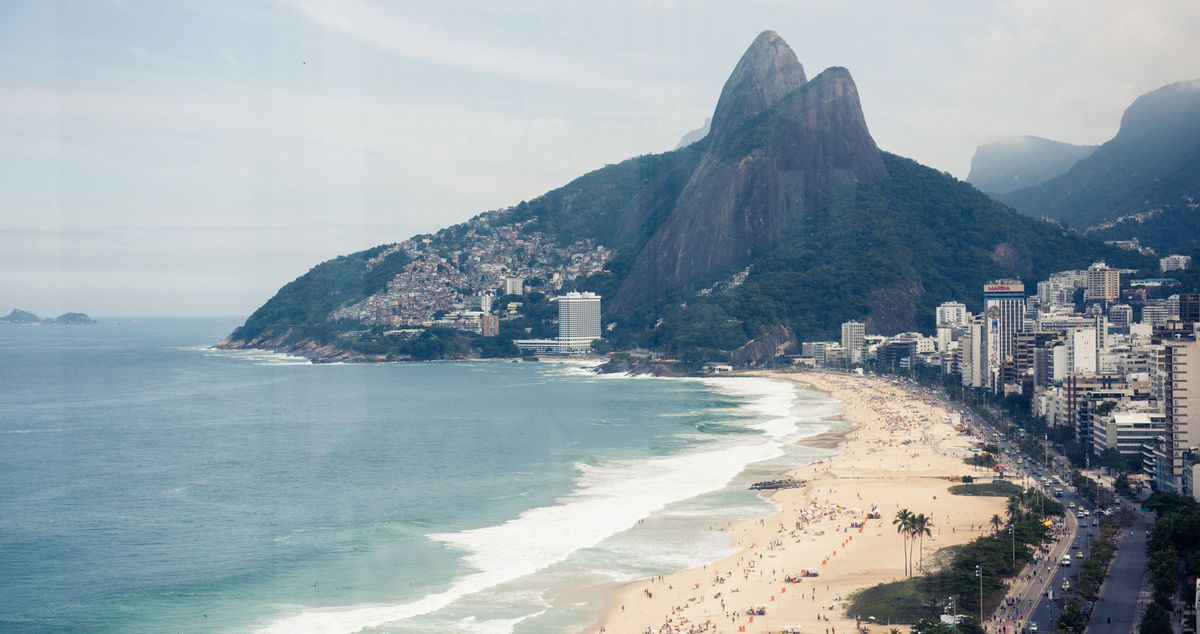 When Your Brother is an Olympian

Cue all the exclamation points—this is a big effing deal.

In this line of work, we interview people with crazy, wish-I-had-thought-of-that, how-did-you-get-there jobs. People who think of genius ideas like opening viral shared work spaces or blow dry bars. People who design costumes for movies like Clueless or direct actors like Diane Keaton and Meryl Streep. People, in short, with blow-your-mind, you-get-paid-for-that kind of jobs. But, I swear, the person with the craziest, most exceptional, most is-that-actually-a-job, job that I’ve ever met is my brother.

For one thing, my brother is competing in the Rio Olympics, and on Friday I’ll be sitting in the stands of Maracanã—the city’s famous football stadium—with my family as he walks in the Opening Ceremonies wearing *the* Canadian Olympic uniform. And that, friends, is some crazy shit. His name is Tom Ramshaw—keep your eyes out.

But the thing that makes my brother’s job so weird and crazy-wonderful, is the sport that he’s competing in: sailing. I know what you’re thinking: it’s all sauvignon blanc (or rum) on a sailboat, all nautical stripes and old white men smoking pipes. It is that, but for people who race professionally, it’s an insanely high-performance sport that involves a ton of training and strategy. Tom sails in a class called the Finn—an all-male fleet that is extremely technical and physical. The point is: he travels around the world, spending his time in places like Miami, Valencia, Majorca, and Southern California (casual). And now he’s in Rio. And every day he goes to the gym and goes sailing—for his job. (And, yes, he’s exactly the surfer dude, salty haired type you’re imagining.)

Like any Olympic athlete—or anyone with a how-did-you-do-that job—Tom has quite literally been working all his life for this very moment. We grew up sailing together every summer. For me it’s was a social thing, like camp, and while I raced for a few years, I was way (way) more interested in partying with my friends. But Tom, two years younger than me, and a prodigy by the time he was eight, was always serious—and started traveling and racing competitively at twelve. The Olympics felt like a pipe dream, but now look! Can you tell I’m proud?

This Friday I’ll be cheering and crying and pinching myself all at once when he walks into the Opening Ceremonies with the Canadian Olympic Team. At the Finn world championships a few months ago he came in eighth—but anything (anything) can happen in Rio. And you better believe I’m going prepared with plenty of signs, with our entire family to cheer him on (and many, many more supporters at home in Toronto, on Stony Lake and all over the world) and all the social media updates you could ask for. You should follow him, too: on Facebook, Twitter, and Instagram—says me, his unofficial social media manager, my version of the I-can’t-believe-I’m-doing-this job.