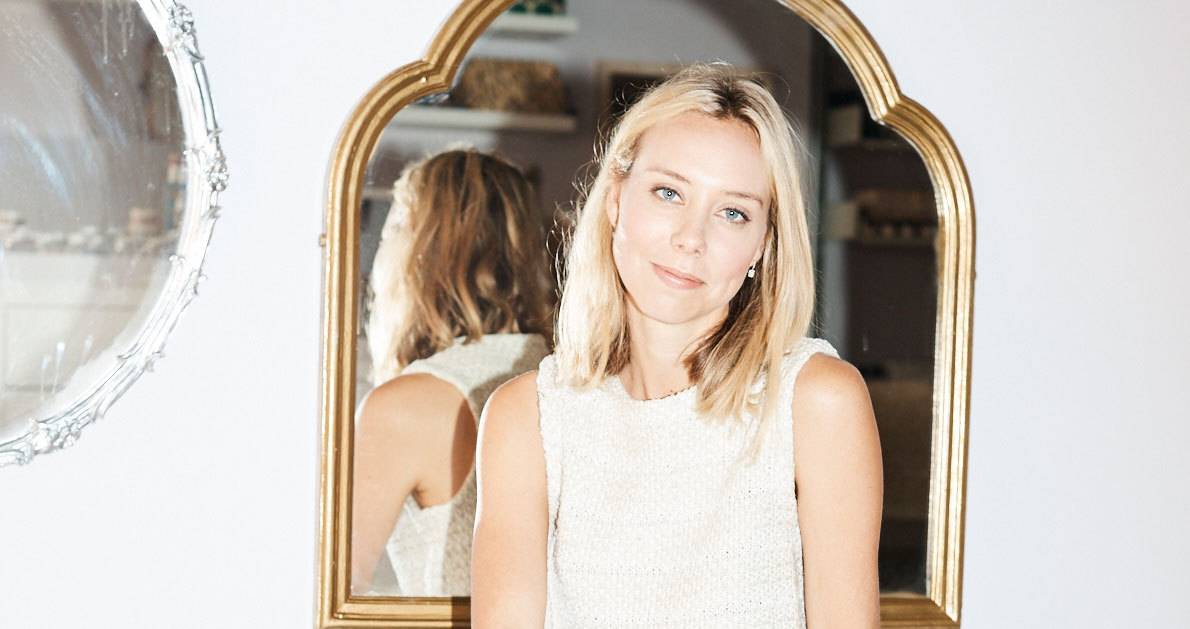 On differentiating yourself in a crowded market, and the power of delegating.

While natural and organic beauty and skincare products that are actually chic and luxurious-feeling and, um, work aren’t novelty items in 2016, they were just that when Jessica Richards launched her cult-favorite store, Shen, in Brooklyn in 2009. As a former stylist for the likes of Vogue and Glamour, Richards’ foray into beauty wasn’t exactly an obvious move, but as it's now the go-to destination for some of our favorite products (looking at you, May Lindstrom Blue Cocoon), she clearly knows what she’s doing. After seven years in the industry as something of a beauty pioneer—getting into the luxury organic and natural business before pretty much anyone else—we paid her a visit in her Cobble Hill store to hear about everything she’s learned and where she thinks the industry is headed. 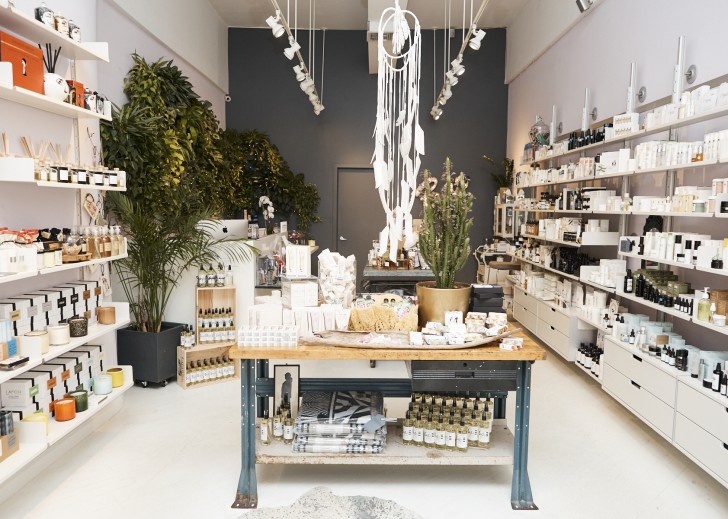 How she got the idea for Shen:
“I opened Shen in 2009 after I had a baby and quit working in the city. I had been working as a freelance stylist for Vogue and Glamour and was also styling some bands before I quit. I dropped a face cream out of my cabinet [and it broke], and I decided Brooklyn needed a beauty store. I just decided to open it. I wanted Shen to be all organic and natural. Now I sell everything: organic, natural and non. But, in my opinion, it’s the curated best of that world.” 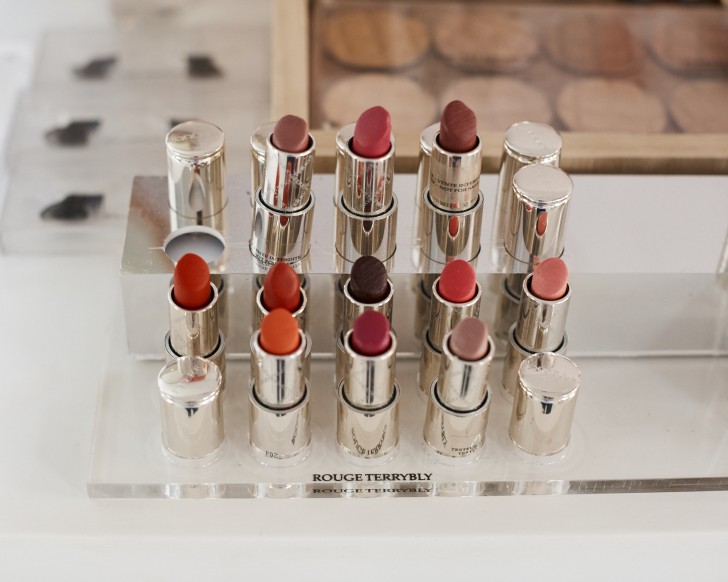 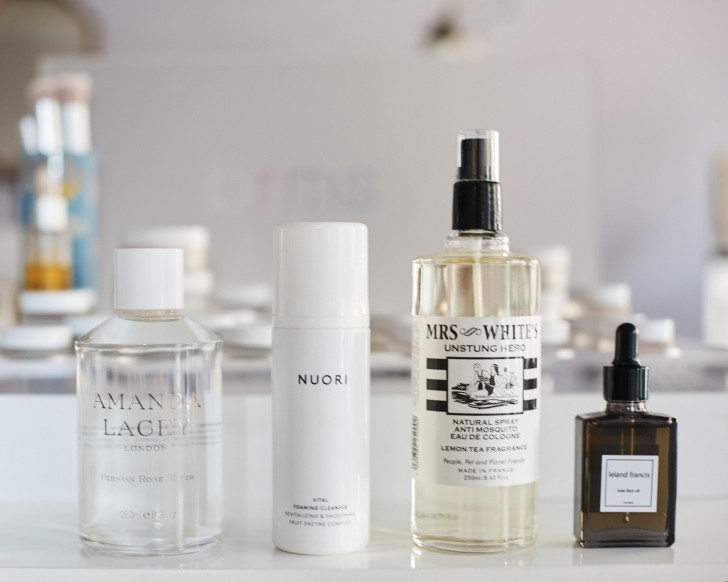 “Finding staff is really hard, even now, after all seven years that I’ve been open. You rely on them so much and they’re really the face of your business when you’re not there. You want loyal, dedicated people who live and breathe the brand, and I think that’s just really hard to find. Especially in New York because financially it’s hard to support your lifestyle as a beauty salesperson. I think currently, within the past year, I’ve been in the best spot I’ve been in for my store in terms of staff.” 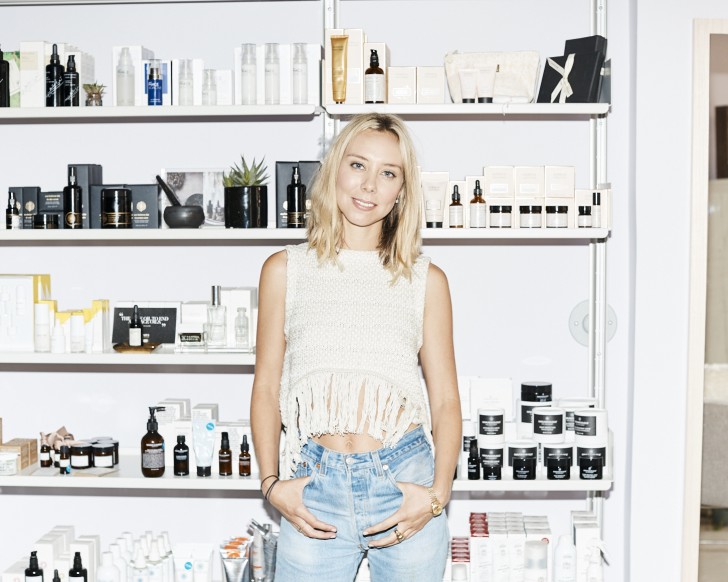 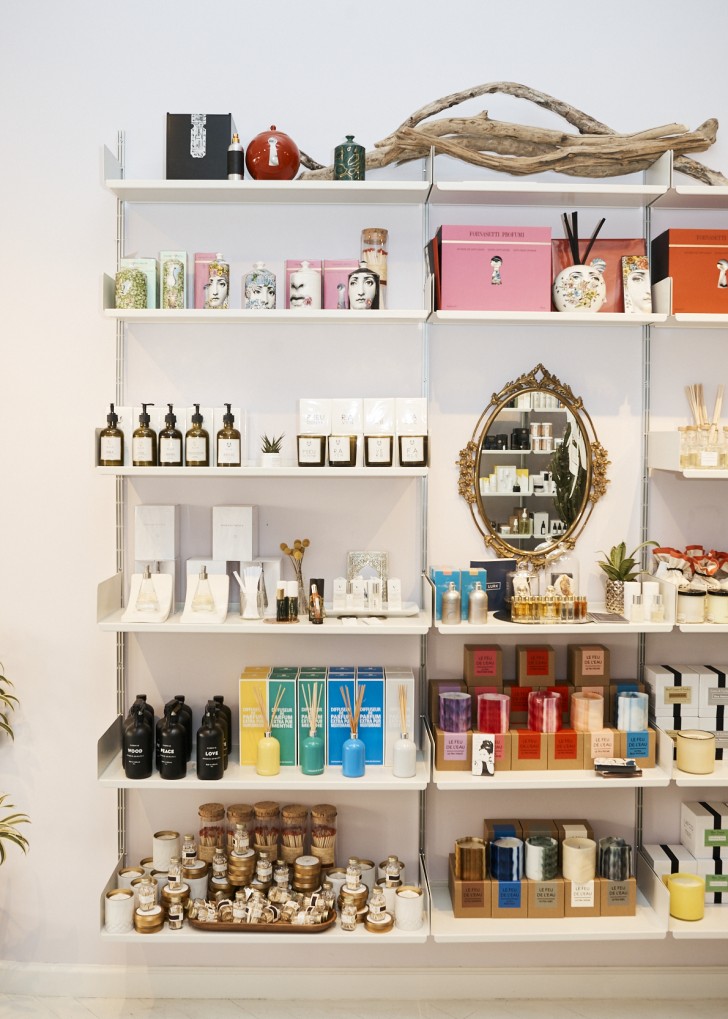 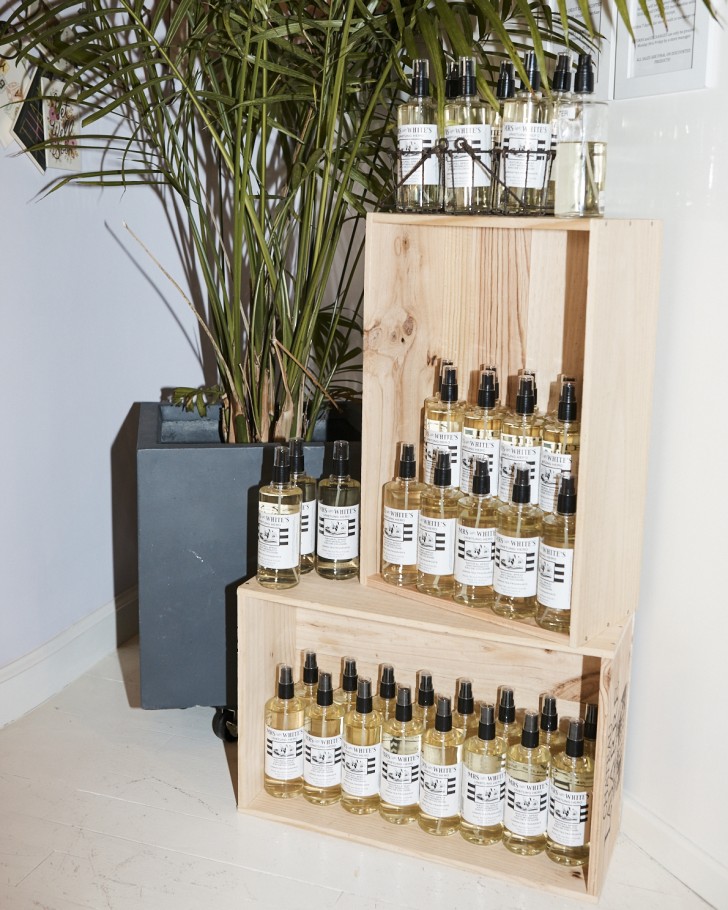 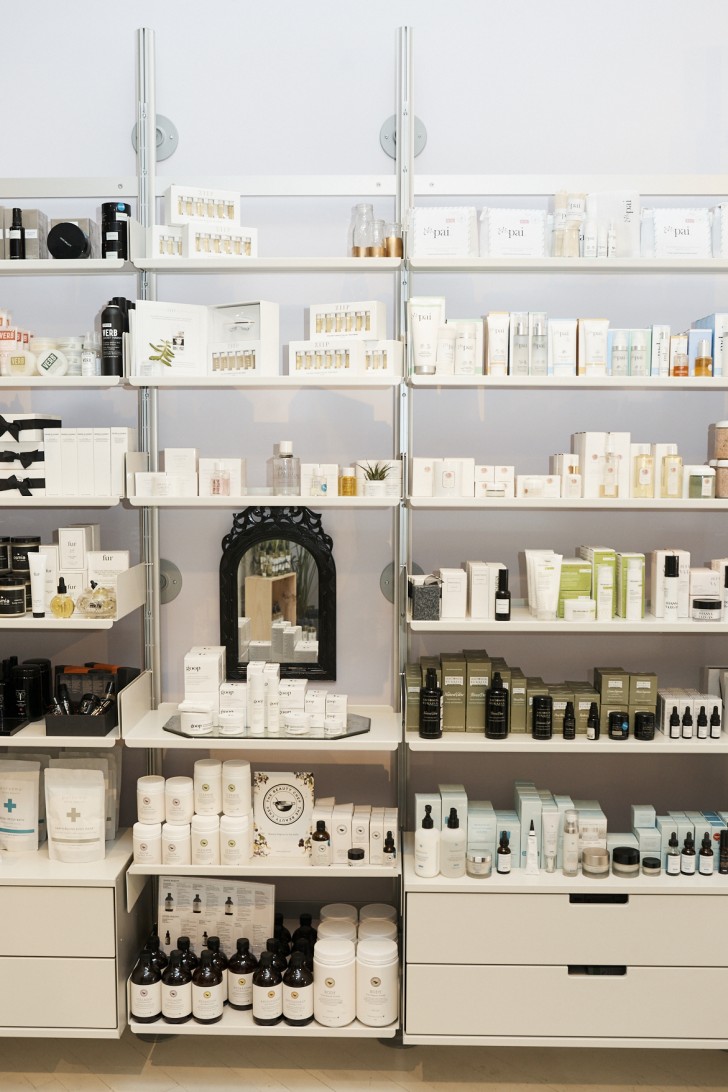 Delegating vs. micro-managing:
“I’m trying to keep everybody happy because then they’re more loyal. Loving your team is really important. I love the people I work with. I respect them and, in turn, they respect me. Don’t get me wrong, I’m not perfect—but I also don’t micro-manage and I don’t like to be micro-managed. I hire people, or I get hired, and I just think, ‘You hired me for a reason, because I’ve proven something, so allow me to do my job.’ And I feel that way about the people who work for me—allow them to do their jobs until they fuck it up.

“[When you work that way, everyone works harder] because they own it—if you allow somebody to do what you know they’re good at or you push them to be good at something that you know is untapped. I love tapping into what I know somebody is good at. For example, [I have someone working here that’s] kind of like my right arm—she did not think that she could run a business and she basically runs Shen all the time when I’m not here. She’s really tapped into something that is a strength of hers that she would not have known of.” 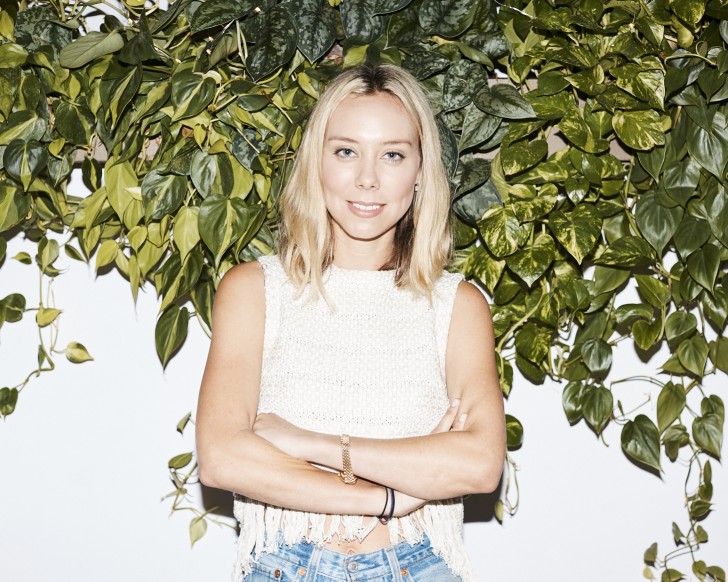 How to *actually* cede control and delegate:
Having loyal people is number one. I have no boundaries when it comes to work and social life. The people who I work with are my closest allies and my closest friends—probably in a corporate structure, I wouldn’t be so good [laughs]. But allowing them to own it and own a mistake is important. I think everyone makes mistakes in life and the only way that you’re going to grow and learn is by making those mistakes or by watching someone else make those mistakes. Allow people to make a mistake and instead of railing them for it, you can say, ‘Okay, but what could you have learned from that and how do you make it different?’ When I do the other jobs, I come in here once a week and we sit down and we run through everything. Now it’s gotten to the point where they only call me if they need a lot of money for something in the store [laughs].” 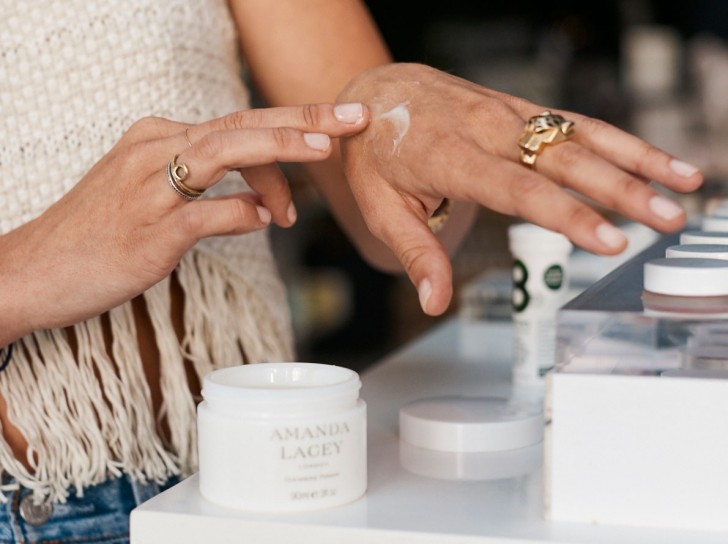 On the state of the beauty industry:
“Everyone is in on the trend of beauty. It’s everywhere—there are a million different shops popping up and websites selling beauty. I think everyone is trying to find a niche and stick in that niche, and that’s what I try to offer. I also think that wellness is a huge change in the industry—all the ingestible beauty that’s coming out. We’re addressing problems from the inside out, rather than just slapping some stuff on your face, and that intrigues me.

“I grew up with a hippie mom, so I was never allowed to eat McDonald’s or anything like that. All the food at our house was organic and it was, like, alfalfa sprouts on rice pasta. I grew up like that, but I don’t necessarily raise my children like that, nor do I live that strict of a lifestyle now. But I think that there is some something to taking supplements and green vitamins and then also taking care of your skin from the outside—incorporating it all into your routine makes you feel better from the inside out.

“It relates to an all-compassing universe to be honest. Not to take it and make it all spiritual or anything but if you look at climate change and how people are trying to change what they eat, label GMOs and all of that, it also goes back to your beauty products. Your skin is your largest organ and you’re putting things on it every day. It’s everything from electric cars like Tesla to trying to eat organic to also live a more organic lifestyle. You can only do so much, but I think this is the easiest change to make.”