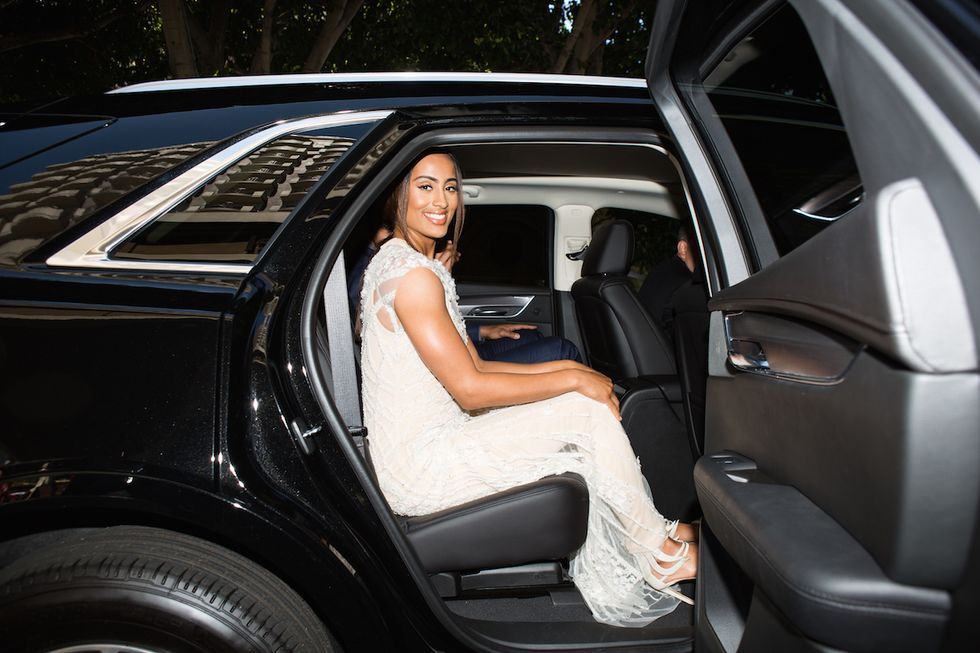 Getting Ready with Skylar Diggins for the ESPYs

The WNBA player talks contouring, hanging with Serena Williams, and the best getting ready music.

When your appearances at a single awards show have included everything from viral skits with Drake to run-ins with (queen) Serena Williams, you think the getting ready process would come with a serious side of nerves. With Skylar Diggins? Not so much. Diggins, who took home the honors for 'Best WNBA Player' just last year had no qualms about returning to the show's red carpet. "Everyone's an athlete. They're pretty laid back, y'know?," she explained to us from the makeup chair. Then again, given that Diggins been an ESPYs regular since high school (!), we figure she's more than adept by now at making the requisite rounds at the awards. In fact? She's so laid back she left her dress selection down to the very last second (she was still mulling over it while we spoke), likening it to a high-stakes version of Say Yes to the Dress. The winner? A spangly Pedram Couture gown over a nude bodysuit with strappy white sandals. Risky, but we like it.