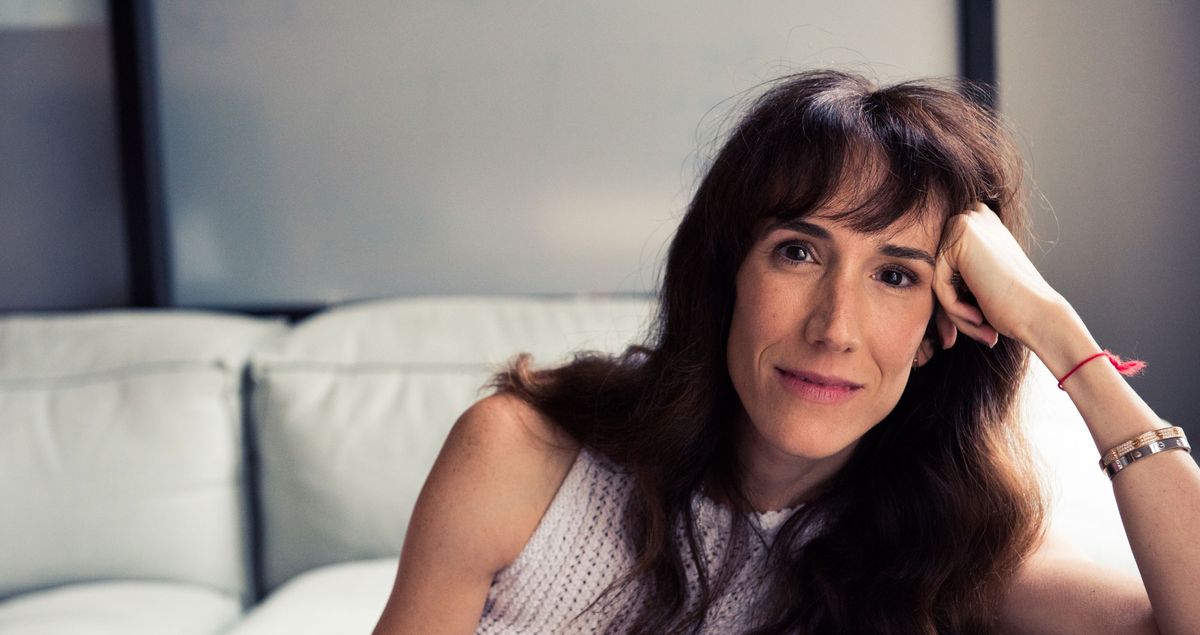 There are only a handful of culture-shifting movements that happen in a lifetime. WeWork, the co-working office—and so much more (but we’ll get to that in a second)—has done just that. Rebekah Paltrow-Neumann, alongside her husband, Adam Neumann and friend Miguel McKelvey have somehow managed to tap into the one gaping hole in the workplace market: not only creating a place for millennial-fueled start-ups and freelancers to work and play (as in, there is unlimited beer on tap, margarita parties, and bring your dog to work days), but also building a “community of creators.” The ethos behind the company is one that encourages a healthy relationship with work, while also encouraging networking, and collaboration within their member network—it has been so successful that they’ve launched WeLive locations across the country that offer just as many mood-enhancing perks and amenities (not to mention access to inspiring, like-minded people) as their office spaces. Between WeWork and WeLive, they’ve managed to redefine (non) corporate culture into something that’s productive and also encourages that elusive work-life balance.

We caught up with Neumann at her office (sans desk or computer chairs, it’s more of everyone’s office—there’s even a basket of toys for her kids—but are you surprised?) to talk about how she and her husband set WeWork apart, why she doesn’t work a typical 9-to-5, and what’s next for the $16 billion (!) We brand.

“I’m responsible for all of the messaging, the mission, the values, and, most importantly staying true to the DNA and mission of what we initially set out to do at WeWork. When we started the company, we really wanted to make a positive impact on the world. Before meeting my husband, I had finished a one month yoga teacher training. I’ve been studying spirituality all my life, and my focus was really on how we merge our passions with serving other people—that has become the winning formula for a lot of the members within our community.

On the business front, I really like using companies and brands as vehicles to change the world. So for me, WeWork and this amazing organization that we’re blessed to be a part of, is a platform to put messaging and consciousness into that and will hopefully, spread to other people.”

Before there was WeWork:

“Before WeWork, Adam was making baby clothes in Dumbo, which was funny because he didn’t have babies and didn’t have a particular love for babies, but he was very charismatic and the business did well. At the time, he was working out of a big loft space in Dumbo. The first prototype of WeWork came out of that loft because, being very entrepreneurial, he wanted to maximize his profits by renting out the corner of the loft to an individual who was a freelancer for $800 a month.”

In the first few months of WeWork...

“There is something really exhilarating about starting something from the bottom. You wear every possible hat—there’s no job too big or too small for each person, so everyone is doing everything. We were the ones scrubbing all the glass dividers and cleaning the floors at night. We’d stay up until four or five in the morning, sometimes when we were going to open the next day. Our first location was at 154 Grand Street and we opened one floor at a time.

At the time, I was performing with the Old Vic Theatre and we were putting on a Chekhov play, directed by the great Eve Best, in the empty loft space. It was incredibly inspiring and amazing for me. All of our [WeWork] members would attend the shows and rehearsals. Once, we were doing an acting exercise and Eve had us running up and down the stairwells screaming at the top of our lungs, and all the members ran out [to see what was going on]. It was very fun, very artsy. We like to say that we consider ourselves artists in business—it’s the merging of those two worlds that has been very unique and exciting.”

You can call it chemistry:

“From the second I met Adam there was an energy between us that felt like it was larger than just the two of us. And then when we met [our business partner] Miguel that was extended even further. I don’t think we really knew where this was going to lead and we very much feel like we’re still at the beginning, but it does feel like there is something bigger happening and we’re just so grateful to be a part of the process. It’s also really being fueled by the members. There’s over 50,000 people who are a part of this community and this movement has extend way beyond us.”

“I want to make sure we’re doing something really conscious in terms of the environment. I read recently in a letter that Bill Gates wrote, that both residential and commercial buildings are responsible for 40% of CO2 emissions in the world and that we have 50 years as a planet to get it together and bring all our emissions to 0. My dream would be to bring all our buildings to a 0 carbon footprint.”

Being part of the community:

"Currently, we have a membership program that is online. If you sign up, you get access to our member network. It’s for people who don’t have a permanent, physical location, but want to gain the ability to access the community and will hopefully become inspired to get their hands dirty doing something they love.”

On being more than just a business:

“My brother passed away when I was 11, so from a very young age I started thinking about deeper things like, ‘what is the purpose of life’ and I developed the awareness that at any moment, we don’t know what could happen. It’s really important to live each moment to the fullest and to spread joy to other people, that’s what makes you happy. That’s been something that infuses my entire life. We came to the realization that if you merged your passion with serving other people, not only will you be happy, but you will also have a successful and fulfilling business. WeWork is redefining success. No longer does success mean you’re just making money, but you’re having a good life, a meaningful life, you have great friends, a great family, and you’re affecting other people in a good way.”

The importance of me-time:

“The same way people schedule times to go to the office or to have meetings with people we schedule a time every single day for our spirit or our well-being. Whether it be meditating for 45 minutes, yoga a few times a week, eating in a clean, healthy way. It’s hard to maximize your potential if you’re not healthy, happy, and clear in yourself.”

“[The biggest challenge was] balancing between my family, my kids, and work. It’s really important, especially for women, to combine the two worlds so that they don’t feel like being a mother somehow takes away from being able to succeed in the work force. Kids shouldn’t feel like work is something they’re not allowed to peek into. So, for me, the biggest challenge was being able to bring those two worlds together.”

“Family 100% comes first, it’s not even a question. What’s worked best for us is that my husband and I prioritize our marriage. As long as we’re vibing and feeling good about the place that we’re in, everything else seems to really work. Try as much as possible to include your family and your children into your work, and make sure you’re doing something that you love.”

Life and work as one:

“Working with my husband is the biggest perk of the job. There is no separation between work and life. So the fact that everything is seamless and integrated has been awesome. It’s been amazing for us, for our kids, and also for our relationship because we’re always pushing each other both personally and professionally. Those divisions between work and life don’t exist anymore.”