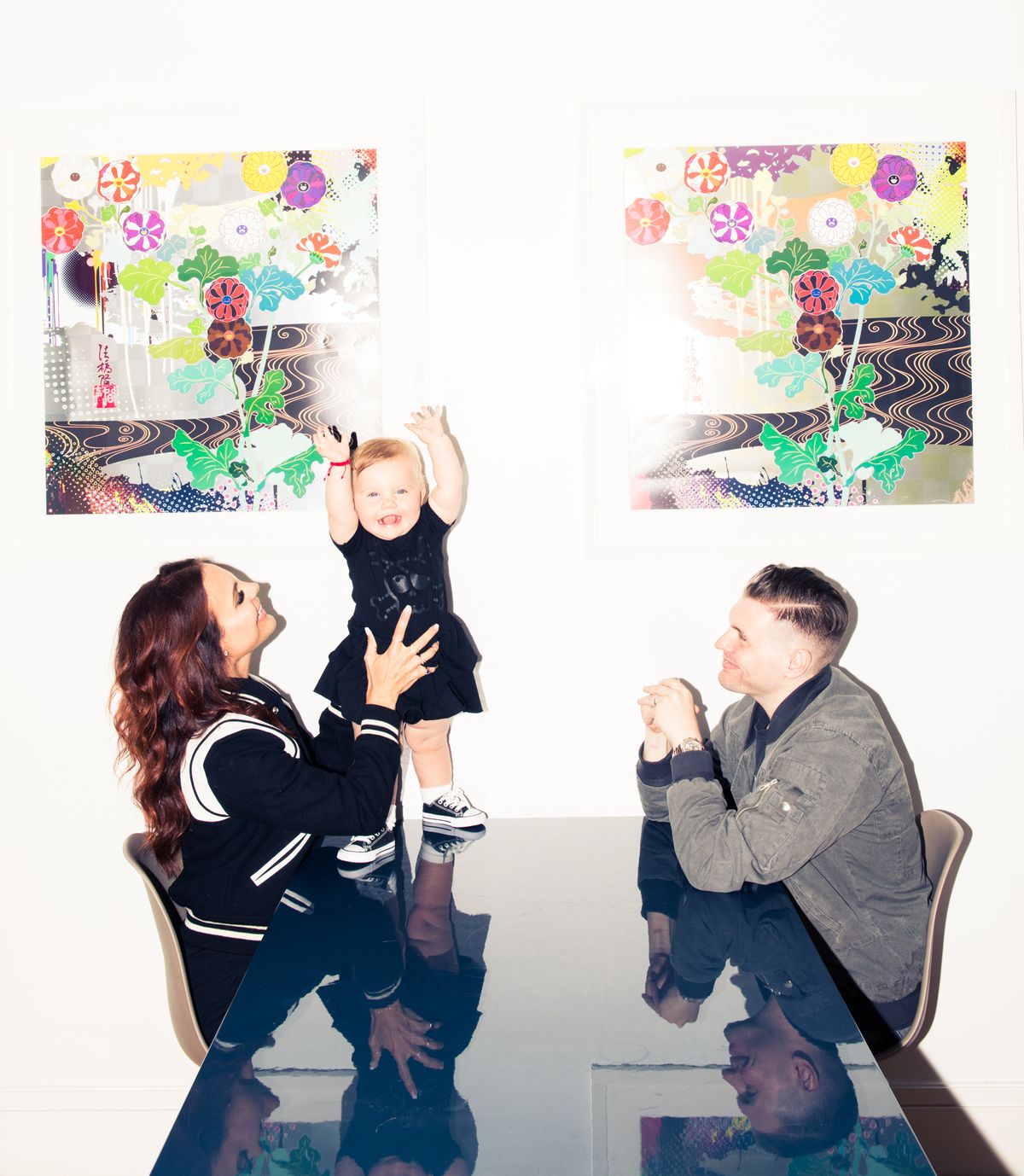 Emily Ramshaw
Emily Ramshaw
We don’t necessarily love admitting this, but visiting the home of Deirdre Maloney and Noah Callahan-Bever and asking them to let us dig through their stuff is among one of the more intimidating things we’ve done in recent history. If anything, their professional titles—co-founder of BPMW (a marketing, communications and sales agency) and Capsule (where all the innovative brands in fashion come together in one tradeshow); and the EIC of Complex, respectively—might explain why. Maloney and Callahan-Bever are the kind of power couple that actually deserve the moniker, mostly because they’ve both been pushing the fashion, music and culture industries into a more interesting and progressive direction for more than 10 years. The thing is, for the better part of those 10 years (she launched BPMW in 2004; he took the top spot on Complex’s masthead in 2006), they weren’t together. They met in 2014 and married within a year. The mark of a true power couple? The fact that they’re very (very) powerful individuals first and foremost. So, yes, intimidating. And yet, as soon as we walked in, (almost) any notion of intimidation was scrubbed away. Why were we so comfortable, so fast, you might ask, besides a preternatural tendency to make ourselves at home amongst other people’s things? Well, for one thing, they’re new parents to the most adorable one-year-old, Lennox. For another, just like us, they have an affinity towards fashion; especially Callahan-Bever, who has been collecting hip-hop t-shirts since his was a teenager growing up in Brooklyn in the ‘90s, and has quite the store of sneakers, including one very special pair of Air Jordans gifted to him by none other than Eminem—one of only 313 pairs in the world. Sneakerheads, rejoice. But you better believe that two people in such positions, aside from owning all the trappings that come with such success (CHANEL bags for her; Yeezys for him), have many tidbits of truth and learned wisdom to pass on. Kids, this is one interview you want to read.
Closet