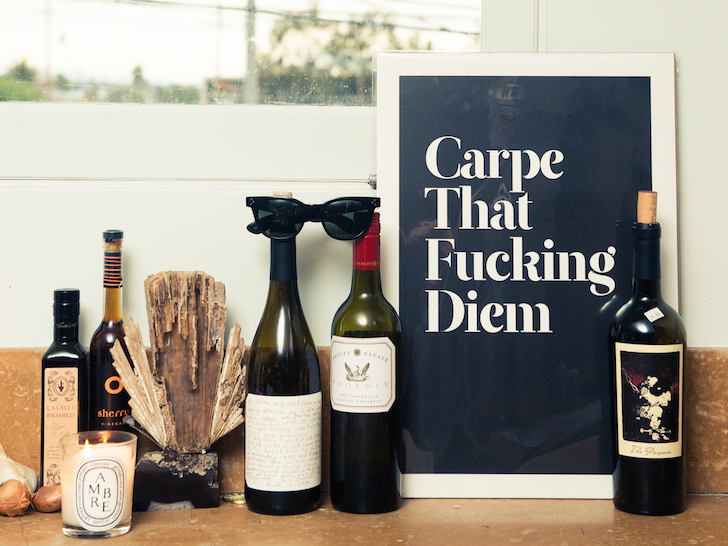 This week, it’s all about the little things.

It’s the little things. At least, that’s what they say, right? And it's most definitely the case when you consider the fact that I'm some 48 hours away from my actual dream vacation, and I’m exponentially excited to get lit during my layover in the airport lounge.

Like most things, one Susan Miller would point this to my astrological sign. To borrow from Astrology Zone, “Sagittarius loves to travel so much that you have learned to enjoy the parts of the trip that other people usually groan about. Standing in line to get through security, finding your way around the airport terminal, and for some, dealing with airline food.” The jury’s still out on that last one, but—see?!? Little things.

To be precise, I’m taking off to Italy, where my plans are going to look something like this: daily wine consumption before noon; existing solely on carbs, cheese and coffee; and looking at really old shit. Just under two weeks worth of adorable and stunning (as in, is this a scam and/or joke?) affordable Airbnbs. Before any of that happens, though, I have a steadily mounting to-do list filled with banal and easy enough, but still looming tasks: get a pedicure. Schedule posts for Pinterest. Write this, and a half-dozen other posts for the site. And it goes on and on. Consider all of that carving out the proverbial carrot dangling in front of my nose for the next two plus days.

Of course, I’d be remiss to not acknowledge that these are incredibly privileged problems to have—ditto the general sense of ennui and terror that usually, after a flick through your calendar, reveals that you’re, in fact, overdue for a vacation in the first place. We've talked about this before, but having permission to turn off and not be tethered to your phone for a mere 14 days out of 365 (admittedly a little sad-slash-worrisome when typed out) can do wonders for your productivity levels. That’s right: humble-bragging about not having taken a vacation since you got your first grown-up job doesn't make you seem smart, or harder working, or like you’re winning capitalism’s equivalent of an Iron Man marathon. We all know the type, and my message for them is as follows: your place of work won’t burn down without you there for a week or two. In fact, business might even (gasp) continue as usual. Let yourself off the damn hook: you might come back even better at your job. With great vacations, comes great responsibility. Or something.