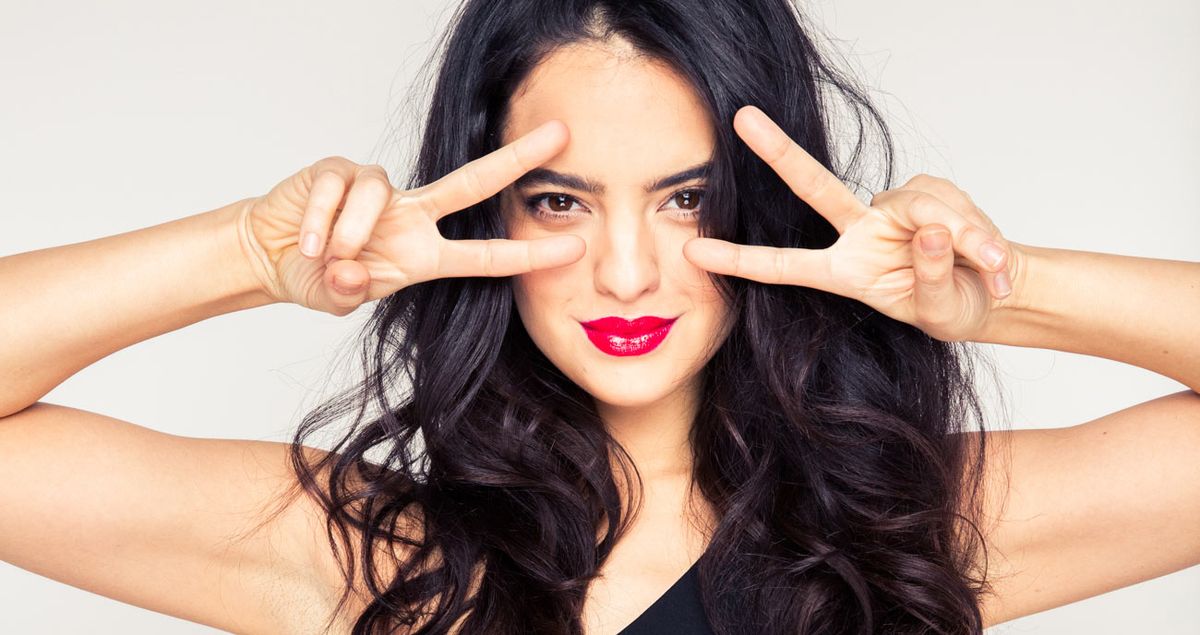 This is Why Microcurrent Facials Are All Over Snapchat

Here's what went down when I electrocuted by face.

If you're anything like me, spending a ridiculous amount of time stalking the social-media accounts of my favorite fashion-world types and beauty insiders is the norm. How else am I supposed to figure out how Vashtie doesn't age or what serum Joan Smalls can’t live without? (For the record, it's this one.)

So, during one of my recent social-media binges, I was stopped dead in my Snapchat tracks when I saw Hannah Bronfman, well, electrocuting her face. I had to know what she was up to. I sleuthed my way through the social wormhole and landed on SB Skin’s—New York’s go-to skincare treatment spot—account. Which, in turn, led to an obscene amount of time spent watching videos of electrocuting prongs gliding over faces for a treatment called the microcurrent facial. It didn’t take long for me to dial up and make an appointment.

Although I hastily booked myself in, I had umpteen questions: Would the facial be painful? Was it safe? Were they really going to use electricity? And, would I look like my 18-year-old self after just one session?

would the facial be painful? Was it safe? Were they really going to use electricity? And, would I look like my 18 year-old self after just one session?

Here’s the gist:  Microcurrents, in layman's terms, are weak electrical currents that are sent throughout the body. It's a practice that’s been used for decades to treat and heal soft-tissue damage by accelerating cell repair. Aka it helps your body generate collagen and elastin to make you more plump, reduces the appearance of fine lines and leaves you all glow-y.

Think of it as contouring without makeup. The microcurrent probes lift and “re-teach” your facial muscles where to go. It’s like a mini facelift, minus the knife.

Unlike with a traditional facial, there were no cucumbers or clay masks to be seen at SB Skin on the day of my appointment. Instead, there was high-tech scientific machinery that was soon to be sending gentle shock waves into my cheekbones. The treatment began with Anna Timonina, my esthetician, coating my face with an all-natural conducting gel, which she explained helps the wands glide smoothly across your face. I’m not sure if Timonina could sense my nerves, but she calmly reassured me that the treatment would not hurt—only that I may feel a slight pinch from time to time throughout the session and, oddly, might experience a slight metal taste in my mouth.

As she worked the perimeter of my face, close to my hair and jawline, I felt a pinch I can only describe as similar to tweezing a stray eyebrow hair. This was the first step of the facial—affectionately referred to as Pilates for your face by the the team here—which uses two conductors of opposite currents to stimulate the skin and facial muscles.

“People go to the gym, Pilates and spin class on a regular basis to strengthen their muscles—the face is no different. Over time, the muscles begin to deteriorate, so you have to work them out often, especially as we age. Remember, preventive care is always more effective than corrective treatments,” Timonina advised.

After she turned up the voltage for a few more intense currents, she put me under two LED lights. The first, a blue for killing bacteria; then a red, which helps to stimulate collagen production and erase fine lines. The last and final step was a light exfoliation done with an ultrasonic scrubber.

Think of it as contouring without makeup.

Upon careful inspection, my skin felt tighter and looked more toned—kind of how your thighs feel after a killer SoulCycle class. And as with any good workout, I can report that the results are really felt the next day. My face felt more lifted and tight—how I would imagine mild Botox to feel—the day after my facial and for several days after that. Hannah B., I so get it.