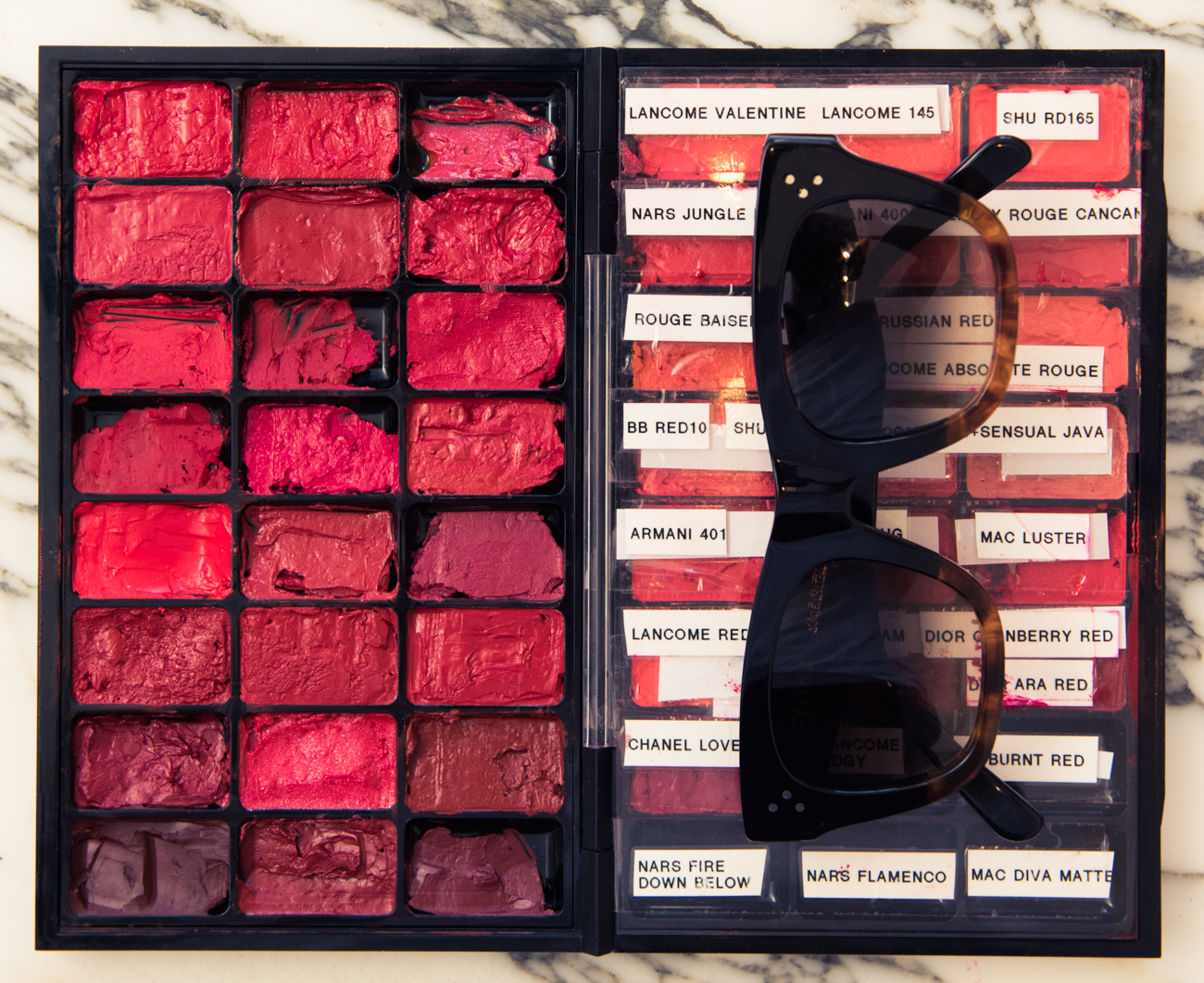 Wendy Rowe on experimenting with Suki Waterhouse and collaborating with Christopher Bailey.

Wendy Rowe is one of those not-so-undercover, take-no-bullshit, wildly creative English women that, after chatting with them for a while, make you feel like you’re playing catch-up with a million mile-a-minute brain. You know what we mean? The cult-y makeup artist is known for making a no makeup look actually look good (with, um, makeup) in part thanks to a years-long consultancy gig with Burberry (that London It-girl thing where they looked like they just rolled out of bed—yeah, all Wendy). Rowe jumps from doing Victoria Beckham’s makeup to launching WendyRowe.com to starting her career with Annie Lennox to fixing your skin through your diet in the space of a few minutes. And that last topic is especially dear to her—seeing as she’s releasing a book, Eat Beautiful, about the subject in June. Many foundation pearls of no bullshit wisdom, right this way. 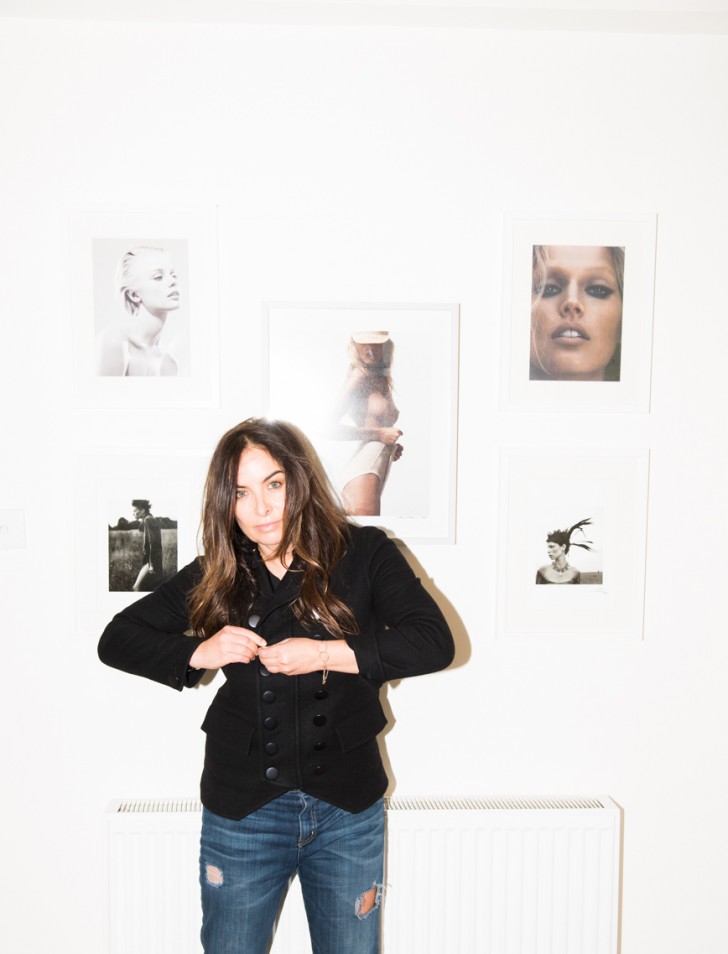 On going from doing makeup for Annie Lennox to working in fashion:

“I wanted to be in fashion, film, music. One of my friends was a hairdresser in Paris and he said, ‘Why don’t you do makeup and we’ll go on trips?’ I was doing graphics at the time, but I didn’t like it—it was a bit boring. I wanted to be more creative. I basically assisted him and I lived in Paris for three months. I just did the girls’ makeup—loads of girls would do their own makeup back then—and try to do really way-out things: we’re used to the cat-eye look and I didn’t like it; I was trying to be creative.

I came back [to London] and I tested: I went to the model agencies and then I started to get little jobs like for newspapers and stuff. I really wanted to do fashion, but for some reason I got into music. There were a lot of pop videos were around then, especially in the ‘90s and people had [very specific] looks. I started doing a lot of that and made a really good career out of that, but it really wasn’t what I wanted to do. I went on tour with people like Annie Lennox, but it wasn’t really my passion—my passion was fashion.

Because I made some money, I started to do the runway shows. I was doing that when I was doing music, but that was only in London assisting. Then I paid for myself to go to Milan, New York, Paris and I did that for about two and a half years. Then I started getting my own shows. It was a time of grunge and no one wanted makeup in London. I learnt how to perfect gorgeous skin—like the models didn’t have makeup on and just looked better. I suppose I learned my craft in that way—I would just kind of make it really minimal, like you couldn’t see what I’d done. 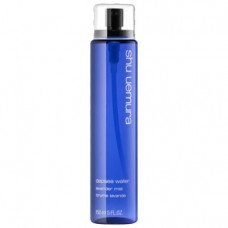 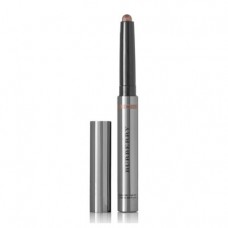 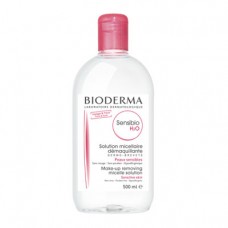 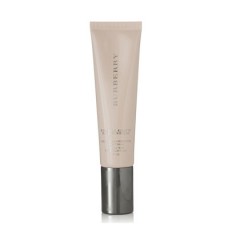 Then my agent told me I had to move to Paris because that’s what you used to do, people used to start in London and then they’d go to Paris and then they’d go to New York. So I went to Paris, which I hated. It was really difficult because I didn’t speak French. But I really perfected my craft there because in Paris you need to be able to do everything and really well, and be really expressive and chic. I lived there for four years in the end, and then I moved to New York.

When I came to New York, it was a whole different kind of fish. You get here and you get to the back of the queue and you work really hard. American people have a different take on things and they’re quite good at promoting themselves—that’s quite strange for someone who’s English because that’s kind of like showing off and that’s not okay to do. And things are far more organized and you have better photographers there and better models—it’s much more structured.”

On her first big job:

“One of my first big jobs was a Prada campaign. We went to Spain and we shot for a month. I had to have my clothes sent over because I didn’t know it would be that long. That was the major.” 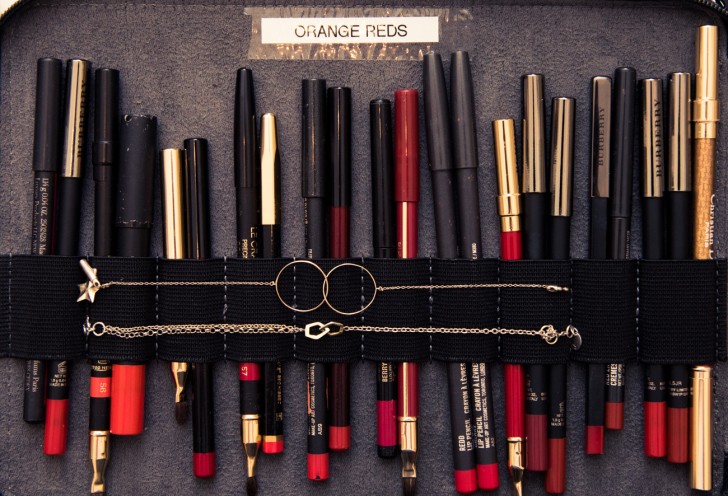 On consulting for Burberry:

“I got my consultancy with Burberry about five years ago. That was a defining moment for me because, as a makeup artist, I always wanted to consult. I was very grateful for that happening.

I create all their products; I do all the colors. We connect with the fashion side, but it’s also my philosophy about how women [use makeup]; to make it easy for women and not make it complicated. Me being a makeup artist I can do this, but will you be able to do this? I just feel like that’s bullshit and I want to break it down for women to be able to achieve things with ease. I have team ambassadors that I train; I do all the shows—I’ve done it for fifteen years—and I do all the campaigns.

On the show, [Christopher Bailey and I] collaborate very closely—also for seasonal things. But obviously his forte is fashion and my forte is makeup, so I translate his vision into makeup. We have very like-minded thinking about what we feel a woman wants to look like, and I totally understand what his woman, a Burberry woman, should look like.”

On knowing the job:

“I do work with other brands because I’m not exclusive and that’s a part of being a makeup artist: you need to understand who you’re working for. In editorial you can kind of go wherever you want, but you need to understand what magazine you’re working for and what their aesthetic is. You might have your way of doing something, but you do need to respect who you work for.” 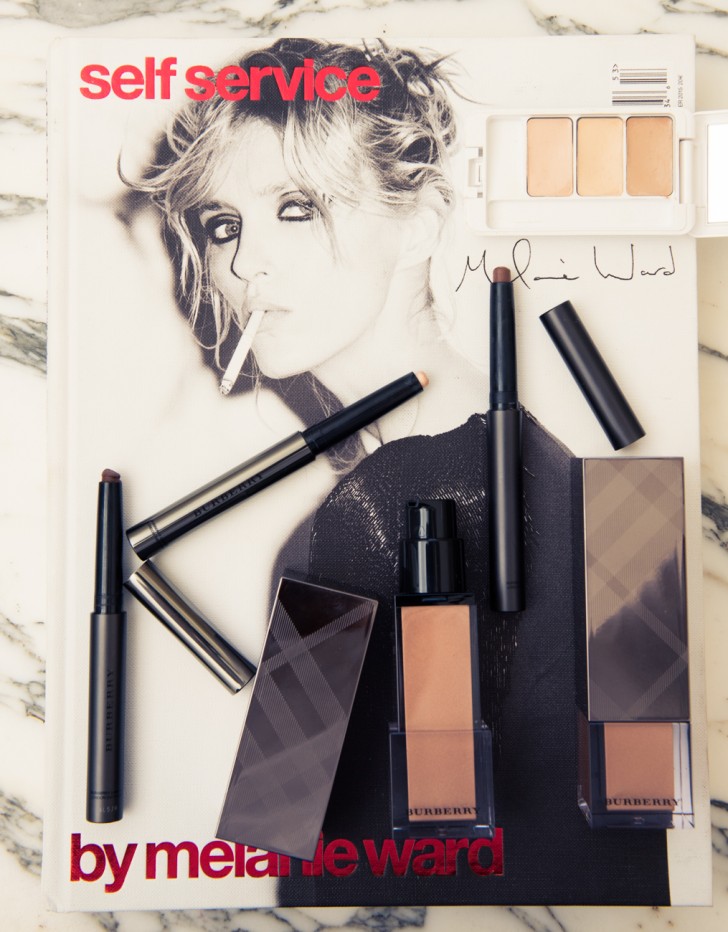 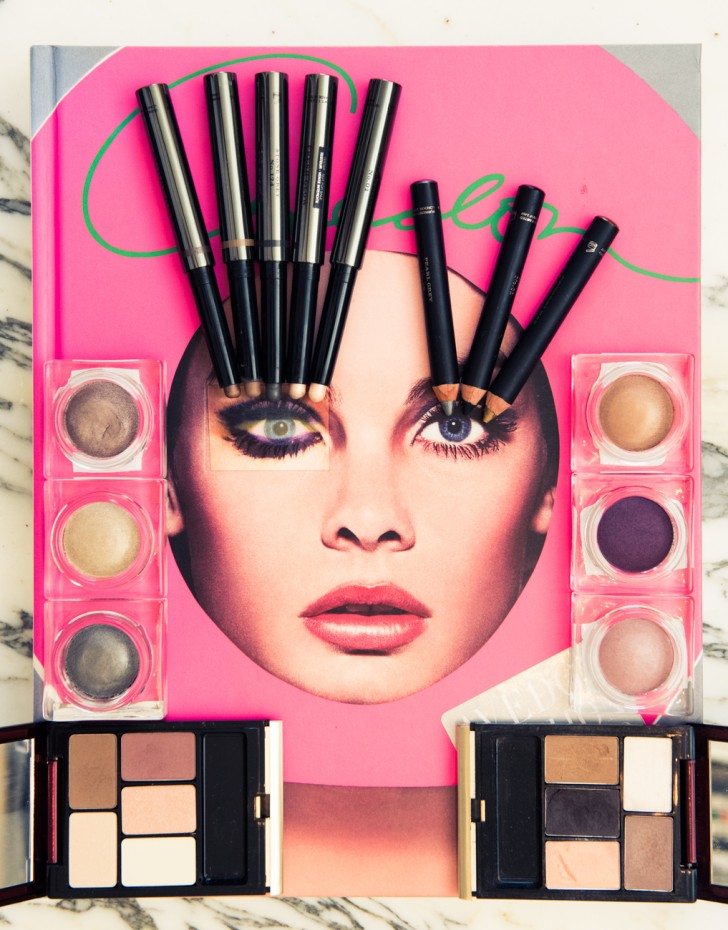 On working with clients like Sienna Miller and Suki Waterhouse:

“With all the celebrities I do, I get on really well. I love their style and they’re the kind of woman I want to be. With Sienna, she shows me what she’s wearing and it’s quite organic. I talk with the hairdresser—it’s not a long conversation—and then we decide. We all get into a frenzy of creativity, which is fun! With someone that is beautiful and is funny too, it becomes quite fun and organic—you’re in this creative melting pot. Before you know it, it’s a whirlwind and it’s done.

Victoria [Beckham] is the same: she talks about what she wants—what she’s feeling and what she’s wearing. I’ll tailor it to what I think is best for the event. I tend to not like red carpet to be classic. I’ve know Suki for years because we had done a load of Burberry stuff together. I’ll text her and she always sends me a photo of the dress. I’ll want to lighten her eyebrows and I’ve been thinking of this glitter thing—let’s make you look different from everybody else. You need to stand out in a cool way! That’s my take on it.

Everyone is different and I’m just lucky enough to work with people that are like, yeah, let’s do it. And they can carry it. I would never do something with someone where it looks like they’re trying too hard. Everyone needs to work together for an amazing look.” 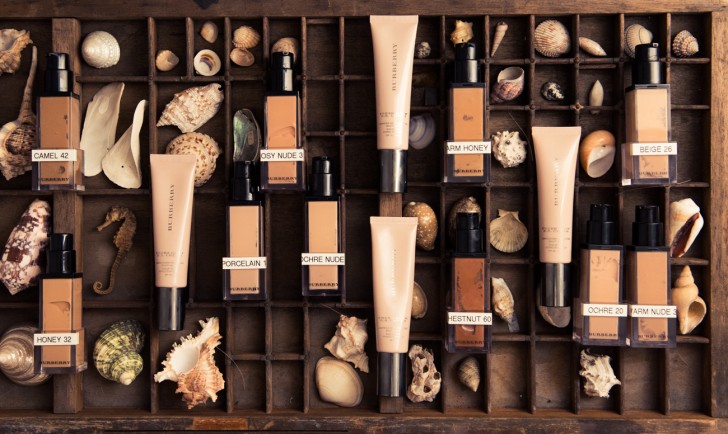 On her signature beauty look:

“I’m known as the master of nudes because I’ve been doing Burberry for so long. I’m known for doing amazing skin. I mean even Kate Hudson used to say to me, ‘YOU do amazing skin!’ I do like to do crazy stuff and sometimes I’ll throw that in French Vogue or Self Service—that’s when I can go a bit out there, which I like to do. I like to try to keep things quite modern. And sometimes less is better: they just need a really cool hairstyle and you keep them looking natural and toned. It’s not always about doing loads.”

On her desert island products:

“Moisturizer for sure—if I haven’t got that, it’s a disaster. The other day, I was rushing out of the house and I forgot to put moisturizer on and I actually drove back to my house, even though I was late, to put moisturizer—I can’t go running about without moisturizer, I just can’t. Makeup remover, obviously, and Q-Tips. I need concealer, my contour stick that I designed for Burberry, lip balm. I like a BB cream or a thin foundation. I love the Make Up For Ever palette and a black eye pencil.

I have a little concealer brush that I love and I like thin angled brushes because you can do eyeliner and eyebrows with them. A gorgeous powder brush that’s angled, I love because I can do blush, contour, and powder. And like a nice flat brush for the eyeshadow—I can turn it on it’s side to do something more precise.” 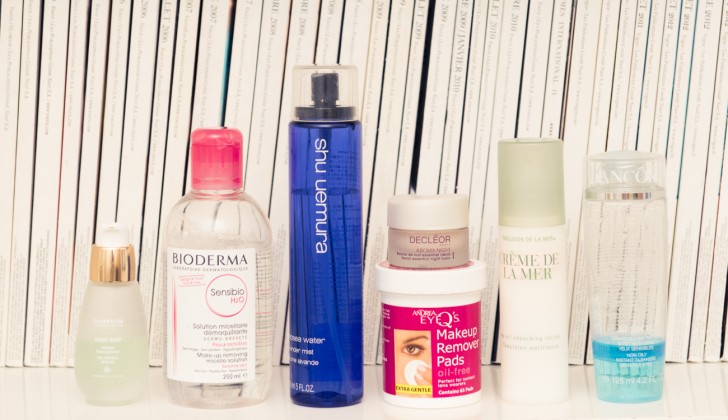 “There were loads of bloggers coming out and you either moan about them or join them. I’m not someone that sits in a bedroom and does makeup—I travel all the time, I go to different environments, experience lots of different things and try to change up the makeup. I wanted to write for a magazine, but I’m not a journalist and I thought I’d just fashion my own diary online—then I can do everything I want creatively, and talk about anything I want to.”

On what she’s most proud of:

“I won an award once in Paris for the best makeup of the shows. There have been a lot of shoots where I’ve loved what I’ve done. I feel more proud about shoots than anything else. And when I look back at the mass of events with Burberry, in Shanghai or something, I feel like, woah, that was a moment! How did that come together? I know now is everything is possible!” 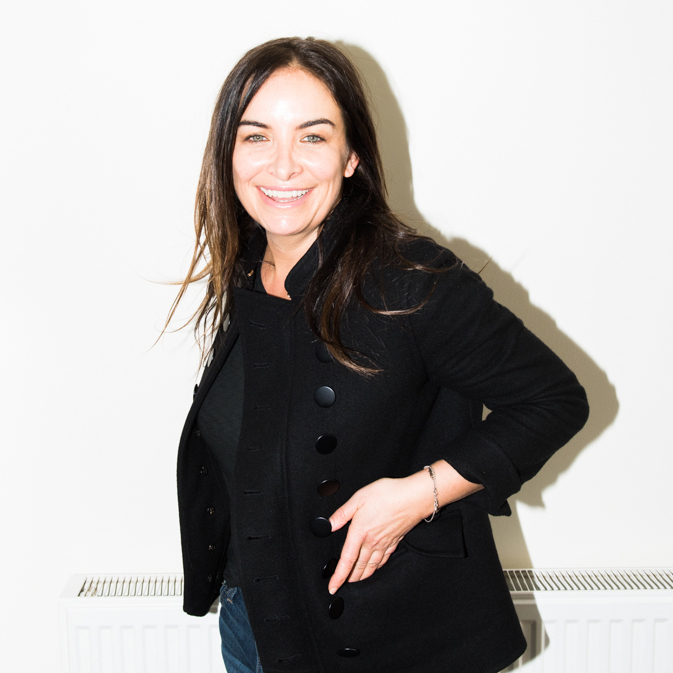 On how to break into the industry as a makeup artist:

“Practice on all of your friends at any opportunity you have; do anything you can, any shoot—it doesn’t matter what it is. Don’t expect to get there tomorrow. Work hard; and you need to love it. You won’t get paid for editorial work, but I still do it. If you say no [because you won’t get paid], you’re not in it for the right reasons.”