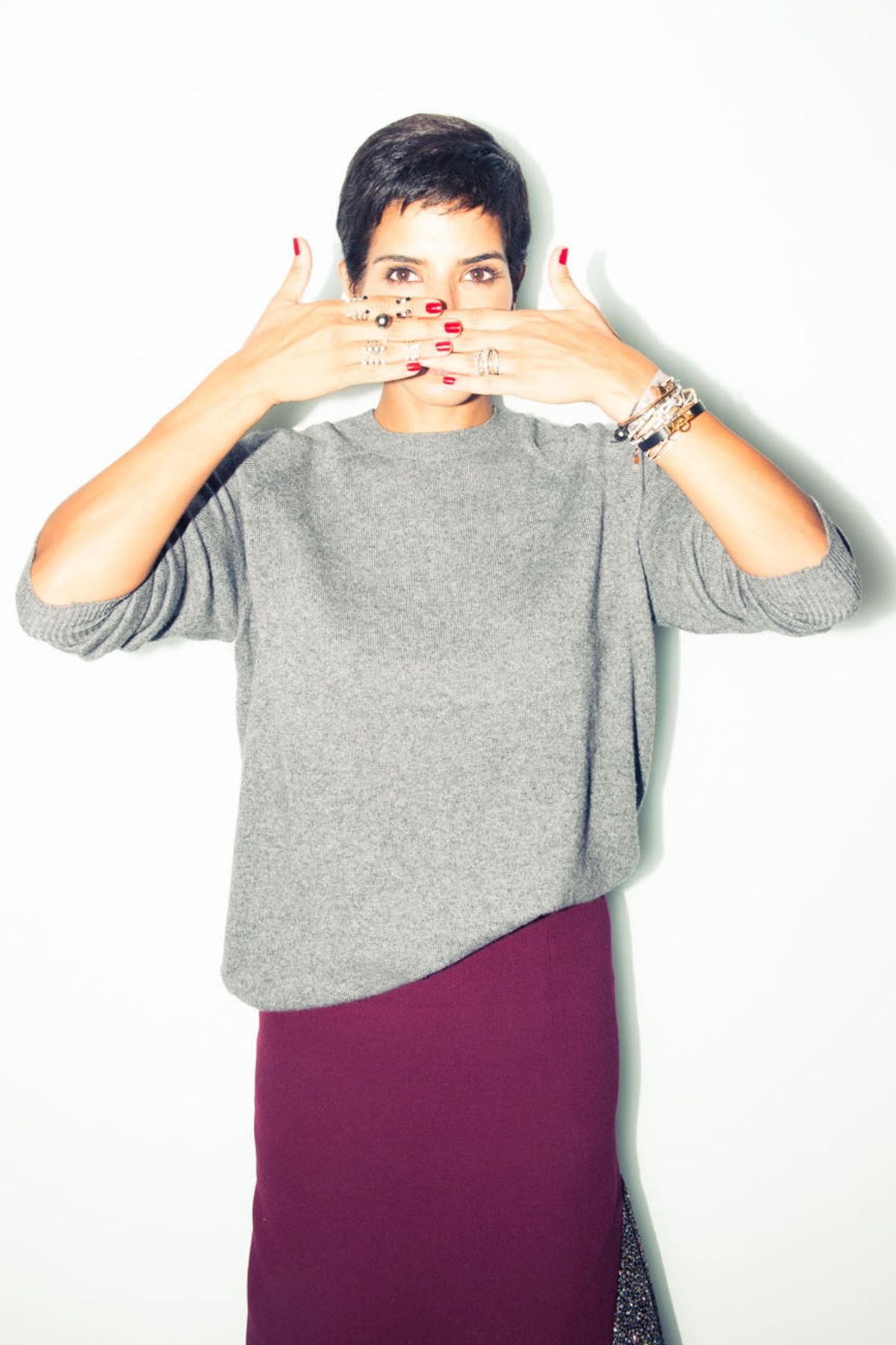 Katie Boyle
This one's been a long time coming, kids. We mean, where do we begin when it comes to Deena Abdulaziz? Her eponymous @deenathe1st Instagram is rife with '90s throwbacks (think: Sade stills and virtually every editorial Christy and Linda starred in, like, ever). She slays the entire street style scene every season. And she never has so much as a hair out of place. Casual, right? And so when the stars (or more likely, our, uh, schedules) finally aligned during the most recent Paris Fashion Week, it goes without saying that we were counting down the hours on our iCal until we were all up in Abdulaziz's suitcase. Er, make that multiple—because when we say that girl does not travel lightly, we mean it in the very best possible way. Case in point? The 25+ pairs of shoes we found lurking in her suite over at the Mandarin Oriental. Or the dozen-and-then-some clutches (note the denotation between clutches and other breeds of handbags, BTW) that were essentially itching to be juxtaposed just so with her reading material. And while we're willing to wager that while Abdulaziz might just be the first actual royal we can count among our Coveteurs, it wasn't the only cherry popped. While we really thought we'd seen it all in the way of custom Hermès, we'd never laid eyes on the likes of Abdulaziz's Birkin, hand-studded by our boy Eddie Borgo. Ditto the travelling beauty salon she rolls with. We're talking enough Oribe to stock Andy LeCompte and enough Tom Ford to supply the counters at Bergdorfs. But we mean, what else would you expect from one of the first buyers (we're talking in the entire world) to latch onto everyone from Erdem, Prabal Gurung, Mary Katrantzou and Jason Wu? And if this is what she brought for a week in Paris, we're thinking her closet is more than worth the plane ticket to Riyadh. Round two, here we come...
Closet