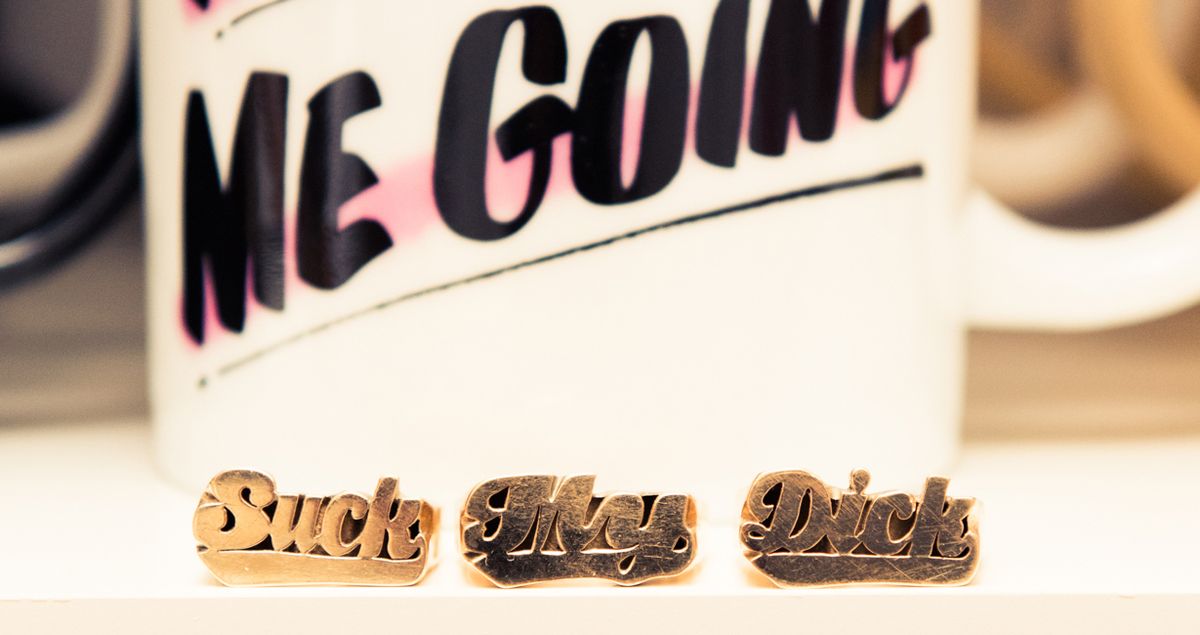 Dick Pics & How to Deal

Our sex columnist on the good, the bad and the ugly.

People often ask me what the strangest part of dating these days is. My married friends in particular seem to be big fans of this line of questioning. Because, you know, salt… wounds, etcetera. Luckily, I have more than a few dinner-party-appropriate answers on hand.

“Obviously, there is the whole I’m-dating-on-the-internet issue,” I’ll tell them. “Not to mention the fact that I can now run extensive background checks on prospective dates via advanced online creeping.” Allegedly. Or worse, particularly in my case, “…there’s the fact that dates can do background research on me.”

But that’s my PG answer, one I only started using when I stopped getting invited to book club. If I weren’t censoring myself, I would tell them the truth:

The weirdest part of dating right now is the dick pics.

Yes, friends, the evolution of the dating game has been swift, bizarre and embarrassingly penis-y. For those of you who have been out of the single-saddle for a little while, here’s what’s been going down:

We truly are a generation of swine. Swine with CAMERA PHONES!

I guess, in all honesty, none of this should come as a surprise. I mean, really, what exactly did people think dudes would use their cell phone cameras for? NON-PENIS THINGS? Please. This was never going to end well. Frankly, I think providing our generation with cellphone cameras was tantamount to giving a kindergarten classroom a bag of Anthrax and crate of explosives, but alas, what’s done is done.

Which brings us to our present predicament.

Statistics show that 92% of all single ladies have received a dick pic at some point in the past five years. I know this because I am excellent at making up fake statistics. Still, despite that being a lie, and me being a terrible journalist, I’m probably not far off. Penis-selfies (#pelfies?) are officially a thing. It’s gotten to the point where dodging them completely would require living entirely off the grid, presumably in a bunker free from cell phone service, cable TV, and any hope of a wifi connection. And that, I think, would be a bit of an overreaction.

Luckily, the fact that you are reading this article means that you, dear reader, remain bravely on the grid. This tells me two things: 1) you are currently addicted to Amazon Prime, and 2) you TOTALLY have a dick pic or two on your phone. Mhmm. Don’t make it weird. Because, just like the cast of High School Musical, "We’re All In This Together!"

The question then becomes, how exactly does one respond?

Well, that depends. As many of you have no doubt realized, not all dick pics are created equal! I’ve heard a lot of discussion on the matter, and all the advice seems to boil down to “reply with something cutting to show how offended you are.” Um, sorry, but did I miss something? Because, frankly, that strategy seems fundamentally flawed—it presumes all dick pics deserve the same response. Nope; you need to know the nature of the beast in order to handle it properly.

Thus, it is with deep, deep shame that I present to you...

Dick Pics & How to Deal

(a.k.a.: Fantastic Beasts and Where To Find Them*)

First up, we have the solicited dick pic: the one you asked for, or perhaps demanded (in which case… I like your style). I have no problem with people asking for, and receiving, things that make them happy. This applies to sex and this applies to #pelfies (sorry). If pics of the D is what makes you happy, and sending them out makes somebody else happy, more power to you!

· Carry on, you crazy kids! Print them out and make a fucking collage! Laminate them to create decorative place mats! Decoupage those dicks onto a flowerpot! PINTEREST CRAFTS FOR DAYS! Just go with it!

· Also, be polite. Say thank you and tell him it’s pretty. Because you are a LADY.

Unlike the solicited dick pick, the whole “Surpriiiiiise! Here’s my party sausage!” thing can cause some trouble. I would classify Surprise Shot as a dick that you’ve seen in person, belonging to someone who decided you needed a visual reminder out of the blue. Surprise Shots most often come from socially dense ex-boyfriends and alcoholics. (Whoever said chivalry is dead was like, totally on the money.) This move is a bit presumptuous, to say the least. It’s like giving someone Proactive, or, I don’t know, a ginormous bag of anal beads, as a gift. The recipient might very well appreciate it. However, the fact that the gift-giver just felt compelled to send it over without any hints being dropped makes things a wee bit awkward.
Consider what happened to a dear friend of mine:

“The worst one I ever got was from my ex… three hours after my dad died. I almost threw up.” Another friend of mine, who works in the medical field, once received a dick pic from dude who she immediately diagnosed as having HPV. Evidently, ‘visit your doctor ASAP’ was not the reaction he had been hoping for.

· In this kind of situation, I recommend following his lead. Not with your tits, of course. With other dicks! Go to Google images, (or, if you’re a planner like me, your personally curated album called Cocktales…) and find something terrifying/ majestic to send back.

· If you prefer not to mess up your browser history, do what my mom suggests and use your words. I recommend the famous cat analogy: “Sending me a picture of your dick is like my cat bringing me a dead mouse. I get that you are really proud of it. But I’m not going to touch it.” The message should be clear.

Worse than the Surprise Shot of a known specimen (discussed above), this is a surprise pic of a penis you have never confronted in the wild. Clearly, we are in creeper territory. Dudes who play lacrosse, work in finance, and are looking to get nudes back so they can send them around the Goldman trading desk like baseball cards usually send these out. These guys are especially prone to send picture featuring some sort of measuring device. Here is my dick beside a remote control! Here is my dick beside a banana! Here’s my dick beside a beer can! Behold its girth! This is the kind of picture that makes you want to stab your eyeballs out with a butter knife. He will never understand.

·Follow your instincts. Being on Tinder, I have had this happen to me a few times. Here are a few select responses:

Bonus advice from my mom: “Lindsay, if this every happens to you, say ‘Obviously you are a crazy person. And then call the police.” Noted.

The Most Dangerous Beast of Them All: The Perfect Ten

Sometimes you get a dick pic so glorious that it takes your breath away. Time stands still. The clouds part, a ray of light shines down on your phone, and the angels begin to sing a song that only the truly blessed can hear.

This has only happened to me twice in my life (I bet you think this song is about you) and honestly, I hope it never happens to you. Because the truth is: GOOD DICK WILL IMPRISON YOU. IMPRISON YOU, I SAY!  If you receive a magnificent dick pic, congratulations, your life is probably over. But it’s not a bad way to go.