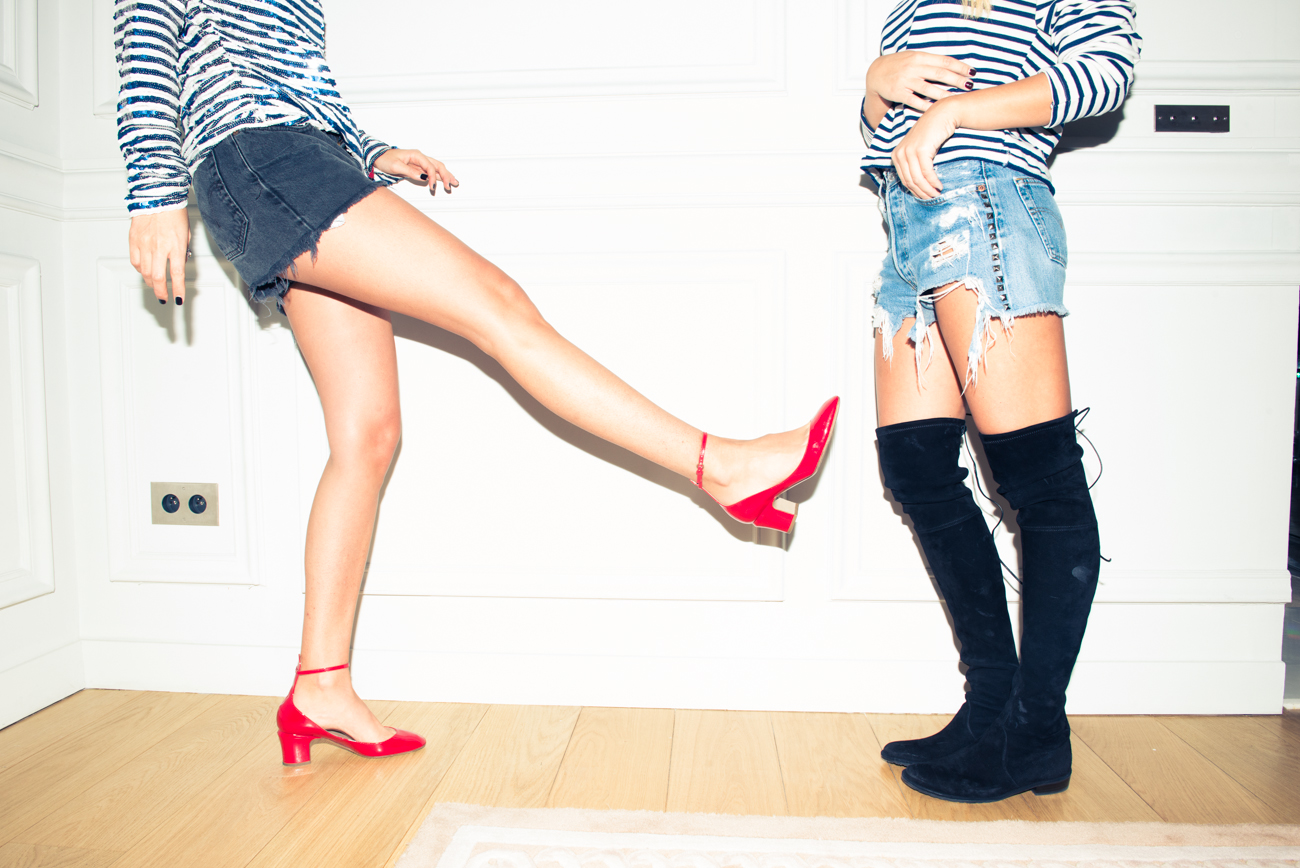 How To Deal with Adult Mean Girls

Like North Shore's cafeteria, but with green juice and squads.

It’s your first month at a new job. You’re settling in, everyone seems really welcoming, and you’re finally starting to feel less self-conscious about having to go to the restroom twice in one hour. But then come the whispers. The sharp silence that slices through the kitchen when you walk in. The urgent all-staff email you were ‘accidentally’ left off. The Snapchats of the after-work drinks you were never invited to. Are you just being paranoid?

Well, maybe. But maybe not.

“Women tend to have a high social intelligence and a sophisticated understanding of relationships,” says Rachel Simmons, author of Odd Girl Out: The Hidden Culture of Aggression in Girls. While male bullying is often thought of as physical, adult women tend to use a subtler, less identifiable brand Simmons calls relational aggression.

In other words? “Using friendship as a weapon.”

From the career saboteurs to social ostracizers to gossipy girlfriends, most women have had a run in with a grown-up mean girl at some point in their post-high-school lives.

In the titular words of a 2003 Mandy Moore rom-com, here’s how to deal.

The Regina George to your Cady Heron

You wouldn’t be the first one who gets sucked into an intoxicating friendship with a mean girl. Maybe you were close before she turned on you, or maybe you’re the new girl who’s threatening to infiltrate her ironclad squad. In case you’re wondering, no, apparently you’re not too old for this shit.

It’s easy to jump to the “she’s just jealous” conclusion, but waiting for her to own up to it is like waiting for rain at Coachella—not gonna happen.

“Reading into the motivation of bullies is all speculation,” says Simmons. “But [most] feel like they have a reason. They feel justified.”

Simmons has a three-step approach to dealing with such situations.

Step One: Before you sub her face cream for foot cream*, make damn sure you’re right. If you’re looking for ways in which someone is campaigning against you, it can be easy to fall into the trappings of confirmation bias. “Ask yourself, what evidence do I have?” says Simmons. “Make sure you’re not going off assumptions. Test your version of reality to see, is this real or am I just paranoid?”

Step Two: Okay, so you’re sure you’re not crazy. Time for the hard part—the casual conversation. The next time you’re alone, drop an offhand, “Hey, is everything cool between us?” Without making any accusations or editorializing, tell her what you’ve observed—just the facts.

Simmons says 90% of the time, she’s going to deny it. But sometimes just knowing you’re not going to stay silent is all it takes to scare off a mean girl. If it persists or gets worst, move on to…

Step Three: “Be more direct,” says Simmons. Tell her exactly what you think is happening and use situational examples. Remember: it’s always harder to dial it back than it is to dial it up. So start small before fighting spitfire with spitfire.

*We do not endorse any such sabotage. There are some things not even a Clarisonic can cure.

The Emily to your Andy Sachs

Maybe you’re both in the running for the same promotion, or maybe she’s (gulp) your boss, but somehow you’ve found yourself on the wrong side of the office mean girl. While your skin may have thickened since your hormonal high-school days, the stakes are way higher in the real world.

“When you think about how important social capital is in the workplace, someone’s capacity to do damage to your reputation can be really destructive to earning potential,” says Simmons. “Now you’re affecting someone’s salary.”

The same three-step approach applies here, but with a fourth prong: Keep a paper trail. Log and date any instances in which, say, she takes undue credit for your work, shuts you down in a meeting, or leaves you off an email you should have seen. It’ll make it tougher for her to deny if things ever escalate to the point of involving a higher-up.

And though it can be tempting to give her a taste of her own medicine in front of your boss, or confront her after a few comp-ed beers at an industry party, beware the backfire. “In the workplace, always keep it classy,” says Simmons.

The Vivian Kensington to your Elle Woods

So your ex has a new girlfriend, and his sweet, clueless self is deluded into thinking you two get along swimmingly. Meanwhile, her smiles are tighter than her leather leggings, her backhanded compliments sweet as a wheatgrass shot, and you have it on good authority she “suggested” he unfriend you on, like, eight different platforms.

“This is such a common scenario that can even pull friends into taking sides with either girlfriend, current or ex,” says Cheryl Dellasega, professor at Penn State University’s College of Medicine and author of Mean Girls Grown Up. “Remember, he's not the one acting mean, it's another woman acting mean because of him. I would shrug it off, because her actions toward you have nothing to do with you and everything to do with him.”

In this sticky scenario, it’s can be best to use a simple avoidance strategy, as hard as that can be if you’re close with your ex. Remove yourself from the immediate situation. Stop texting him, even if it’s harmless. Don’t respond to her catty Facebook messages. The fact of the matter is, you aren’t his number one anymore, and he’ll probably respect you more for staying out of it if his new relationship goes bust.

Queue up Cruel Intentions on Netflix, maybe cry the tiniest bit, then gift yourself 32 pretzel M&Ms for some serious high-road adulting.