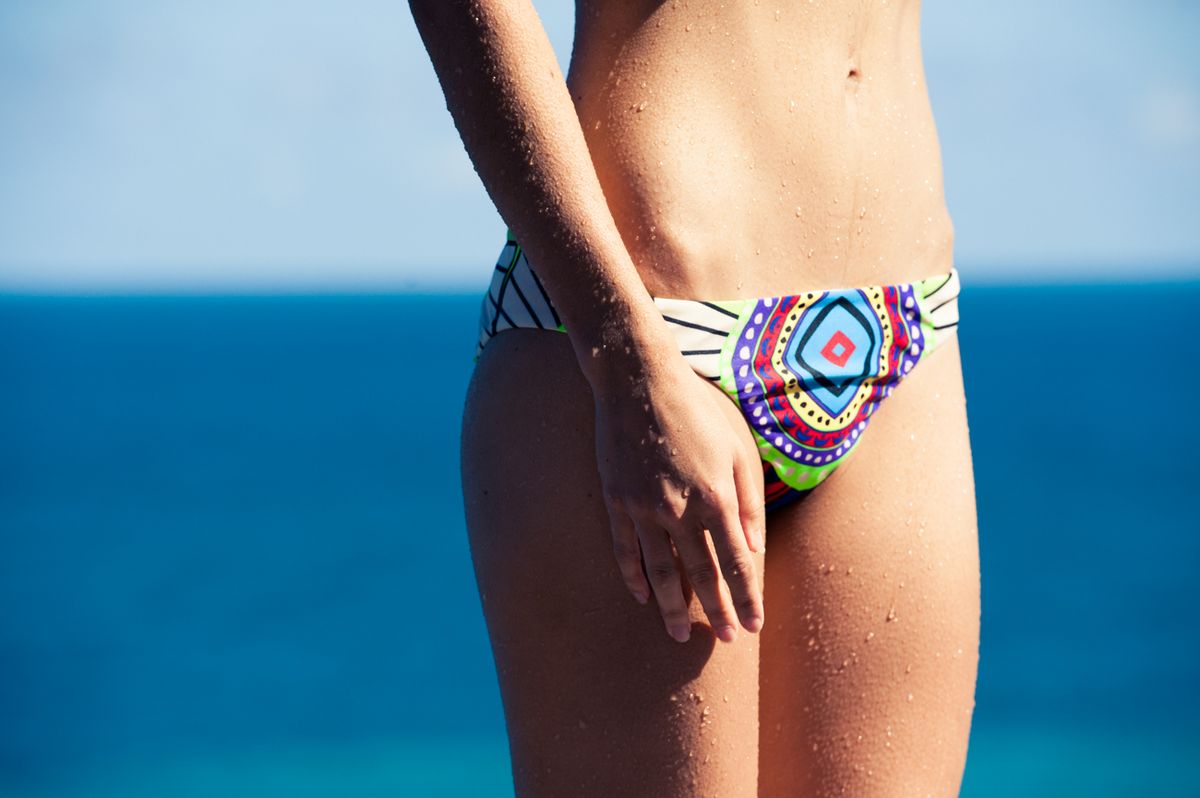 Why I Lasered My Um, Entire, Bikini Area

The much-debated Brazilian. Let’s talk about it.

I kind of want to preface this by saying I was encouraged to write a story about Brazilian waxes because we talk about it allll the time at The Cov HQ. And with our friends, sisters, moms, aunts, acquaintances, et cetera. So we figured we should talk to you guys about it, too. It seems to us that for something that’s a bit, uh, personal, one's preference when it comes to the whole pubic hair removal thing is a much debated one. So let’s talk about it. The following is how I feel about ripping (and now lasering) the hair off my body, but that doesn't mean it's the only way—you know, to each their own.

The amount of general upkeep and appointment-making that goes into the beauty routine of a semi lazy girl in her mid twenties constantly astounds me. I’m not by any means high maintenance (I don't think), but, I mean… between the manicures, pedicures, threading to tame the unibrow, haircuts and waxing, it’s a lot. I try to keep it to a bare minimum, but for me waxing is a must.

For seemingly as long as I can remember, I’ve been shelling out ~$65 every four weeks for a bikini wax. As you might imagine, I have lots of stories to accompany all those appointments, too. Like the lady in West Palm Beach who managed to sugar wax the entire area in 10 minutes and with minimal pain—which is all you can ask for really. I fell so in love with Songyea that I refused to go to anyone else for a while. But, alas, I don’t live in sunny Florida (nor do I have a NetJets subscription). On the other end of the spectrum, there was the Thai waxing disaster, in which an obvious waxing novice was thrown in the deep end, which led to both her and I nearly crying while she furiously attempted to remove the strip that was more than stuck in a really unfortunate place. I tried to roll out of the window half naked just to escape the situation. Yes, it was actually that dramatic.

Still, I keep going back, and, no, it’s not like riding a bike: it doesn’t get easier. But you know that feeling at the salon when they clip your cuticles, buff the edges and paint your nails with the glossiest top coat, and you stroll out with what feels like brand new hands? Every single time, without fail, I get a rush of positivity because my hands and nails are tidy: I feel put together and ready to conquer the rest of the shit in my life.

Ditto for the bikini wax. Because after lying on a table and baring it all for a stranger while she rips hot wax off my nether region, I walk out forgetting all the negative and focusing solely on how baby-smooth the freshly waxed skin is. Plus, I’m ready for anything that comes my way involving (or not) bikinis and skimpy undergarments. Last minute trip to the beach? There. Hot tub in mid-January? Yup. Undressing in front of semi-strangers for some unforeseen reason? NP! And the razor-bump-free results are something that, in my opinion, can never be garnered from a fresh Venus and shaving cream (plus, one mean ingrown is reason enough to never shave again).

So this is how I ended up at a laser hair removal clinic on a Thursday evening, practically signing my life away in exchange for a lifetime (hopefully) of hair-free skin. I'm Italian and Portuguese—a.k.a a laser technician's dream client. I signed the dotted line for treatments every eight weeks for twelve months, received a highlighted diagram of, um, the entire area to be treated and then threw my razor in the trash and took Songyea off speed dial. Yeah, for a very quick second I was skeptical (mostly because of everyone else's opinions) about the permanence of a Brazilian. Did I really want to get rid of it all, forever? Then I remembered, even if the bush does come back into (is in?) vogue in a few decades, chances are I’m still not going to be into it, especially when I’m sitting beachside in Florida, not ever having to step foot in a waxing salon again.

P.S. Stay tuned for what happens when I laser it all off. It's going to be fun, promise.