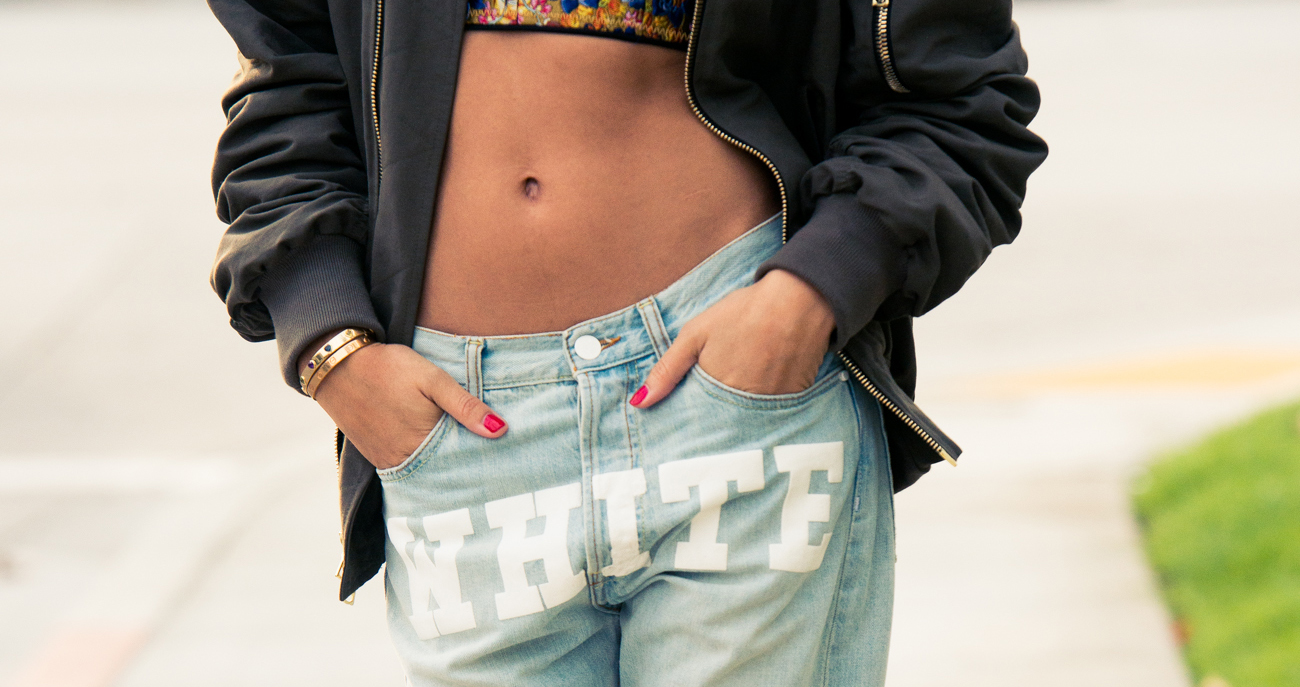 The Off-White designer on why t-shirts and youth culture can be luxurious, too.

There are very few people who we’ve wanted to talk shop with as much as we have Off-White’s Virgil Abloh—mostly because, despite the obsessive following around his label and his pervasive presence on Instagram (which, we were to learn, is something of an addiction for the designer), he’s kind of an enigma. We mean, sure, we know that he’s pals with Kanye and that the likes of Drake, Beyoncé and Rita Ora hoard his clothes, but otherwise, Abloh is a bit of a mystery.

So when Hirshleifers invited us to an event celebrating Off-White, well, we were pretty much there with our Givenchy bells on. Let’s just say, we battled his legion of fans and finally cornered him so we could quiz him on launching the label, getting into design, how youth culture represents the future of fashion, and why he might get into swimwear next (!) over our Shake Shack milkshakes (!!). It’s one for the books, guys. 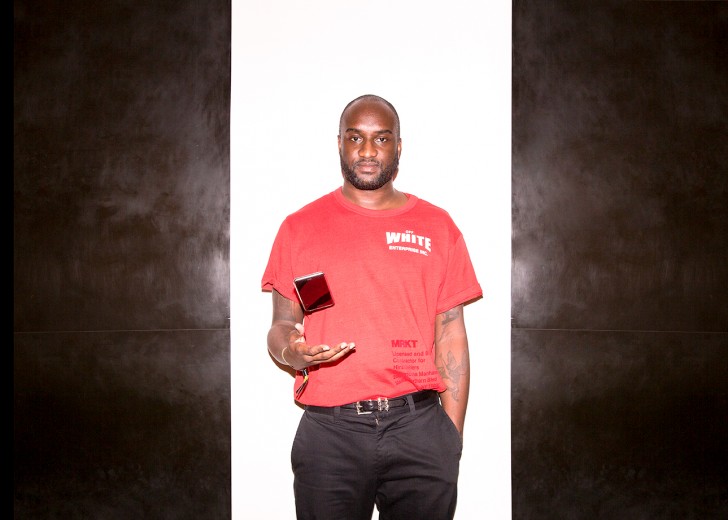 ON HOW HE BROKE INTO DESIGN:

“My path is a little bit untraditional. I started just by believing in my own ideas and making things, you know? Design is a funny career because anyone can do it, but I think the measure of how it becomes something that resonates started with me believing in my ideas and just making them. I started on this path by essentially printing t-shirts and giving them to friends; and then believing in them so hard and trying to make them relevant enough so that people liked them.”

ON OFF-WHITE’S BREAKTHROUGH AND EVOLUTION:

“I think really the seminal moment was making a season called Pyrex Vision, and it was using whatever means that I had. I didn’t know how to make clothes; I didn’t know anyone who could cut and sew; I didn’t know about buying fabric; I didn’t know about delivering it to a pattern maker—none of that. When I started it was more about ‘I don’t have time for all that. I just have time to put my identity on top of it.’ So that’s what the whole concept was—I embraced the fact that I didn’t have those means, but I still had a vision, which I think was very in response to the times and in response to streetwear. It was very modern. And I made a fashion film around it, and that was my means of having a creative outlet, but also the new modern language of, ‘Hey, you need to see it in a digital format to understand it.’ And not necessarily waiting for a publication to introduce the right people through their channel. There’s this new freedom of making a message your own stuff. Again, if it resonates, then that’s all you can do.

The line is only three years old, but I’ve been working on it for maybe eleven. The current iteration of it, I don’t by any means think of it in a box, like, ‘Oh this Off-White is forever.’ The idea came before this. This is the iteration of it now, and who knows what it will evolve to. I’m not so steadfast to [say], ‘I’m never changing the concept.’” 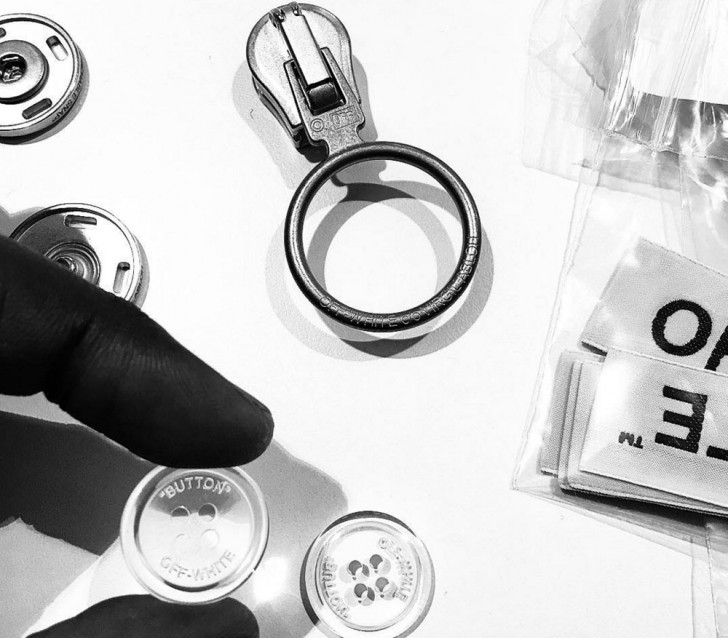 ON THE MEANING OF OFF-WHITE:

“The spring collection was all part of one big thought process, which is modernity—why is fashion now different than it was before? I think it’s different for a number of scenarios, but only tied to youth culture: the current idea of unisex dressing; the idea of, like, juxtaposition by design. That’s what Off-White is. It’s sort of between black and white, but it’s not gray. I’m defining a different color, because I have my own interpretation of what that gray area is.”

ON THE CHANGING IDEAS BEHIND LUXURY FASHION:

“My thought process is not totalitarian: no one really wears one brand head-to-toe. That’s a little bit of an old way of thinking, in the luxury sector as well. Also, [the idea] that it has to be formal to be high design. All these things, you can play with. So for me, I was bent on exactly how Off-White lives in a store. It’s at the same quality level and price point, but it has a younger point of view. Not in a way that’s like, ‘Hey it’s dedicated to just young consumers.’ It’s about mixing and matching in a wardrobe to be interesting. And I feel like interesting, to me, is Saint Laurent and a Valentino bag with a Céline sneaker and an Off-White jacket. You know? That mix. That’s how people shop. And it doesn’t matter if the jacket’s from the men’s or women’s side. It’s more about design. It’s not just clothes. Clothes are whatever—you can buy clothes at Target, too. But what I’m doing is loading in a lot of ideas and concepts that manifest themselves in a way that’s very direct. I love that style of messaging." 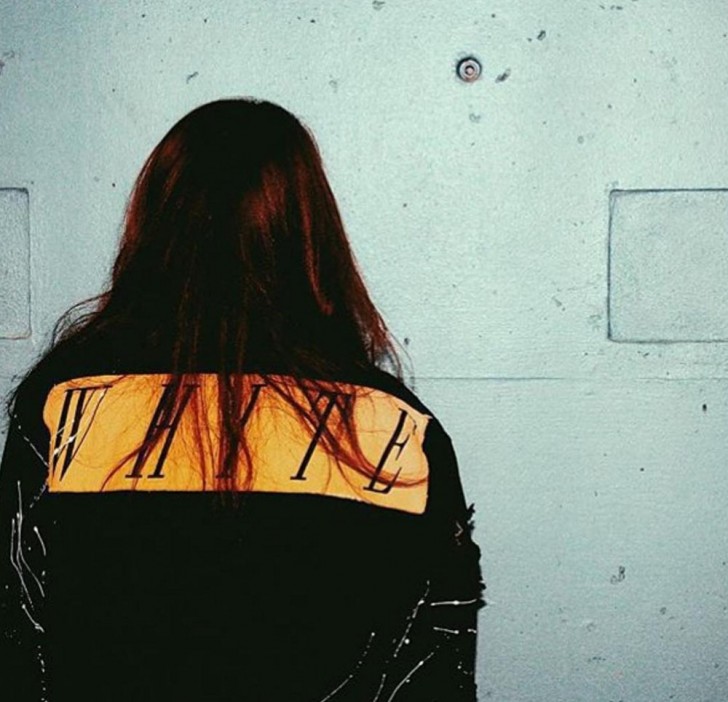 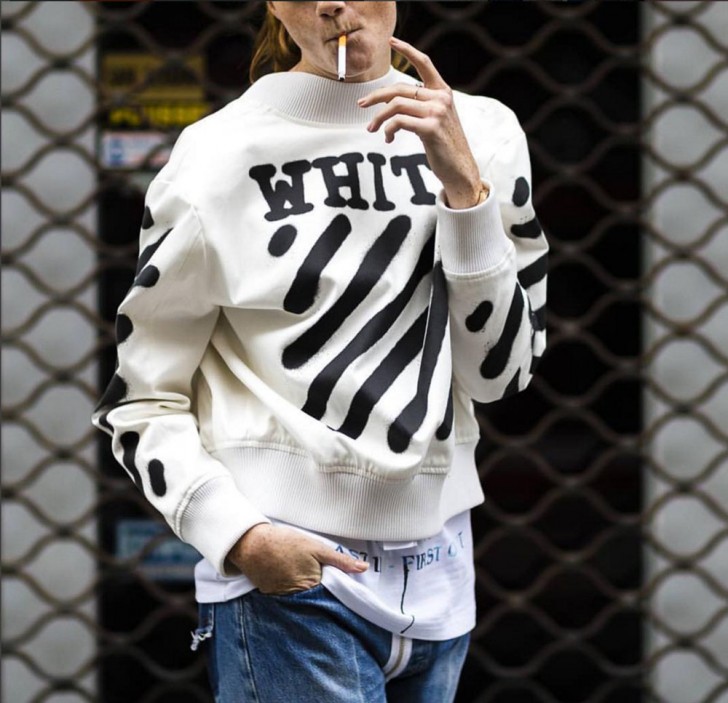 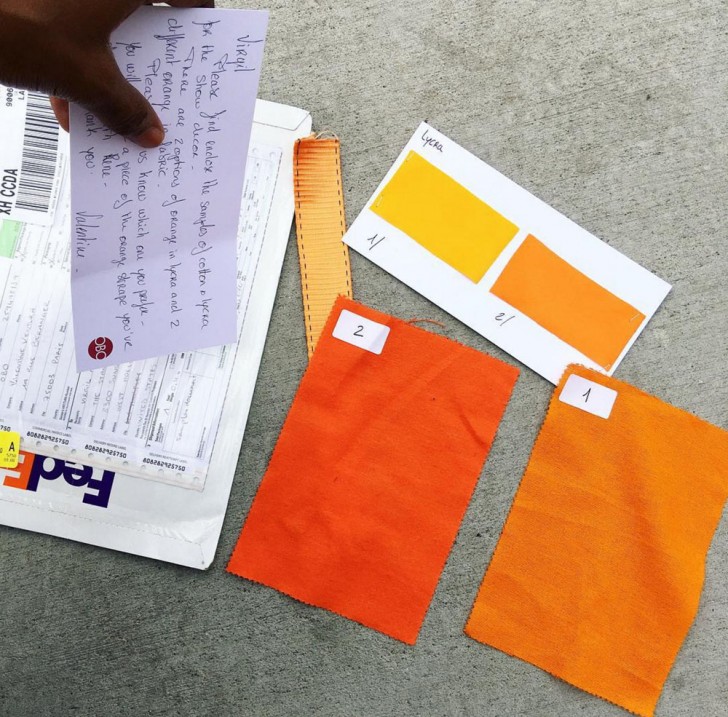 “I follow a ridiculous amount of people. But it’s all part of the same reality of embracing technology. I used to hate Instagram! I’d just tweet. But then that’s just not a very modern way of thinking. I like the ability to see what’s going on around the world, see what’s trending, if people are posting the same thing—what does that say?”

ON HIS PHONE ADDICTION:

“I live on my phone. Everyone is always like, ‘Oh, you’re always on your phone.’ Usually, I just embrace it. There’s so much you can do. I have so many thoughts. I’m multi-tasking: running an office; managing my friends and family. You can do it all on this. This is like a tool. [I stay organized with] iCal, a travel agent and text messages.”

ON THE ADVICE HE SWEARS BY:

“I think it kind of sounds dumb, but it’s literally 100% failsafe… If you do what I’m about to say right now, it’ll work. I’ve figured it out! I’ve done all this running around the world to give this one piece of advice. If you want to do this, if you want to be a designer, be Karl Lagerfeld or be Steve Jobs, you just have to do this one thing: do it. I found this myself: this is all literally based on one idea to make one t-shirt. I never would have thought it would amount to this, but if I hadn’t done that one, it wouldn’t have led into the third or the fifth or whatever.

What I notice with a lot of people is that they have big dreams, but they’re still just talking about it. Okay, you want to build a spaceship, and you can’t build it tomorrow. But there are some intermediate steps that you could do that you’re not doing that you’re just talking about. If you want to be Anna Wintour, it’s so possible, but most people just assume it will be possible later, like something magical needs to happen. They believe that more than they believe, like, ‘Hey, I can go to Vogue or I can start my own magazine now and pretend like I’m Anna Wintour and build up enough esteem.’ 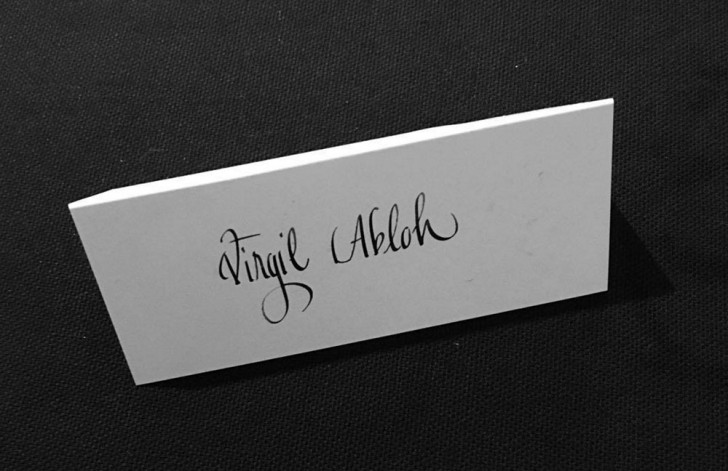 I guess that’s how I do it—I don’t look at the big goal. I can just chip away. That’s why I have so many projects coming out at once—that’s me not really believing that it could happen, and then it’s like, ‘Oh wait, shit. I have another t-shirt dropping tomorrow.’ As a designer, if I can’t think up an idea, I shouldn’t be designing. I think that I’m like high off of doing what I think that I want to do. But everyone can do that! There’s no magic. I use opportunities to tell people, ‘You can literally do it.’ I used to be the one at the bar talking about, ‘Oh, I’m going to do this!’ Or brunch with my friends, [saying], ‘Yo, I have an idea for swimsuits’—which I do! So any opportunity where someone is like, ‘Hey, do you want to start a new line?’ I’m like, ‘Yes, I want to do swimsuits.’ One thing that leads to another.”