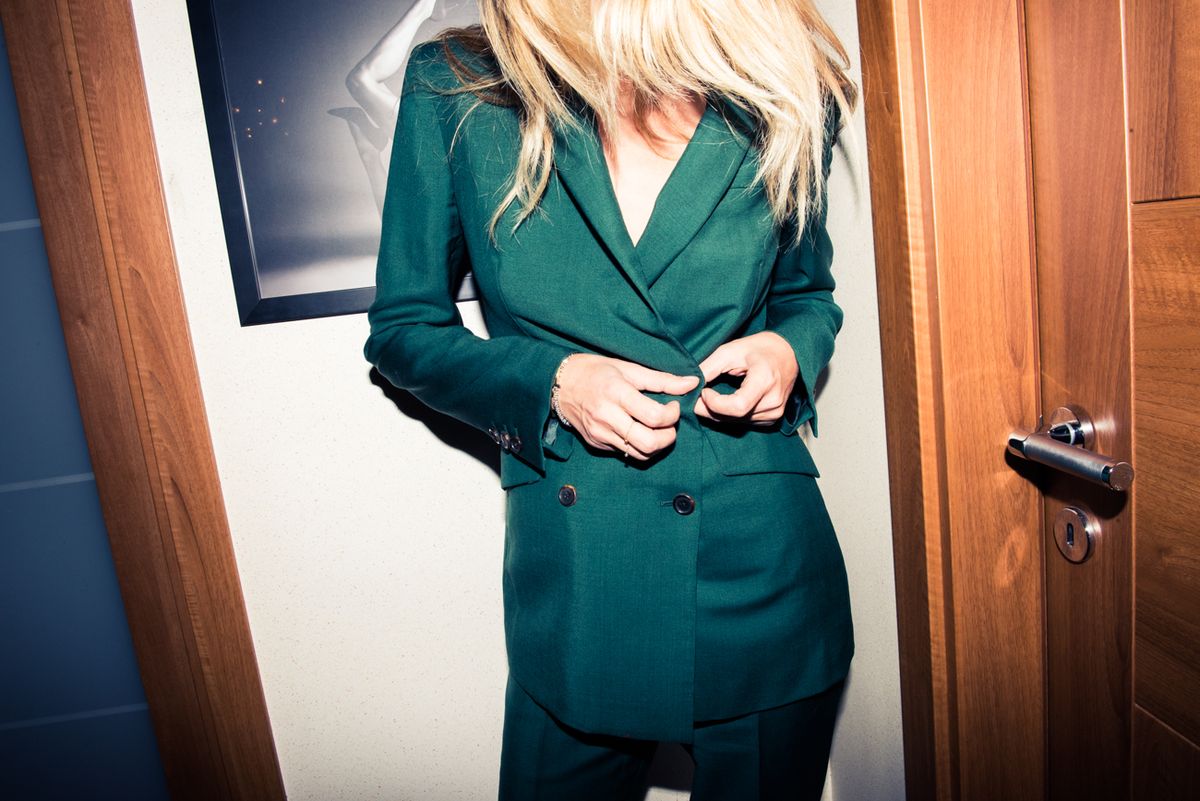 How To Fake It 'Til You Make It

Or, how to look the part (even if you don't feel it quite yet).

Around these parts, we mingle with some of the most successful and downright impressive individuals out there. Just take a look :point_right: here :point_left: if you have any questions. Frankly, that’s kind of our goal. But if we’re being completely honest, being in the presence of greatness can sometimes be, well, intimidating. But what we’ve learned about ourselves and the umpteenth number of phone calls we’ve had with life coaches, beauty experts and so forth, is that faking it actually gets you far. And according to a few, the longer you fake it, the greater the chances are you’ll, ahem, actually make it. Seriously, though, just read :point_down: and you’ll see what we mean. Consider this your handy guide to faking all the more trying situations in life.

Think of the Just Not Sorry app as the autocorrect for all your unnecessarily apologetic emails. In case you haven’t noticed, as females (and Canadians—double whammy) we tend to say sorry waaayyy too often in our communication, especially in the workplace, effectively undermining our opinions. Using phrases like “actually,” “just,” “I think” and “I’m no expert” in an effort to not ruffle feathers, are in fact affecting how you portray yourself to people on the other side of the screen. Eliminate the self-sabotaging language that pepper your emails already and you’ll come off like the girl boss you really are. #sorrynotsorry.

TED Talks have this miraculous ability to make us reevaluate our lives. Actually. Case in point: Social physiologist Amy Cuddy’s talk on, you guessed it, faking it till you make it. “Social scientists have spent a lot of time looking at the effects of our body language, or other people's body language, on judgments. And we make sweeping judgments and inferences from body language. Those judgments can predict really meaningful life outcomes like who we hire or promote or who we ask out on a date,” she begins. “When we think of non-verbals, we think of how we judge others, how they judge us and what the outcomes are. We tend to forget, though, the other audience that's influenced by our non-verbals, and that's ourselves. We are also influenced by our non-verbals, our thoughts and our feelings and our physiology.” As in, your body language actually affects your internal emotions.

“It's also possible that when you pretend to be powerful, you are more likely to actually feel powerful. I want to say to you, don't fake it till you make it. Fake it till you become it. Do it enough until you actually become it and internalize.”

“Tiny tweaks can lead to big changes. Before you go into the next stressful evaluative situation, for two minutes, try doing this [Wonder Woman power pose], in the elevator, in a bathroom stall, at your desk, behind closed doors. Configure your brain to cope in that situation. Get your testosterone up. Get your cortisol down. Don't leave that situation feeling like, oh, I didn't show them who I am. Leave that situation feeling like, I really feel like I got to say who I am and show who I am.” —Amy Cuddy, TED Talk

It’s all about the little things, we guess.

Mark Twain knows what’s up: “Clothes make the man. Naked people have little or no influence in society.” A.k.a. get the hell out of your PJs, even if you call your living room your “office” because dressing the part makes you act the part. Not only does dressing well boost your confidence but it also projects a great impression. Seriously, though, it’s all backed by science (Google proves it).

Here’s a little secret: no one is perfect. But thanks to beauty enhancements, flawless is pretty easy to fake. We know because we’ve tried it all, from faking abs with a fake tan to false lashes, remember?

(or prepared to be unprepared)

You got this. That’s because you’ve double, triple, quadruple checked all the details of the presentation you’re about to give.

And yet, you’re human and sometimes you just fuck up. NBD! “Assume that something is not going to go right, think about that and be okay with the fact that there could be something that isn’t exactly perfect," advises Lydia Loizides, founder of Talentedly. "I love being prepared for unprepared. It is something that I think people overlook.”

Awkward silence is, uh, awkward.  And yeah, filling in the white noise with something other than the weather is a triumph in its own right. But we’ve found (in its easiest form) of current events right here.

We’re in the business of documenting some of the most exclusive and illusive sartorial collections. But since we don’t all have a bajillion dollars to stock our personal wardrobes, we found a more, er, economical way to score throwback Saint Laurent and Balenciaga. See, we got you.