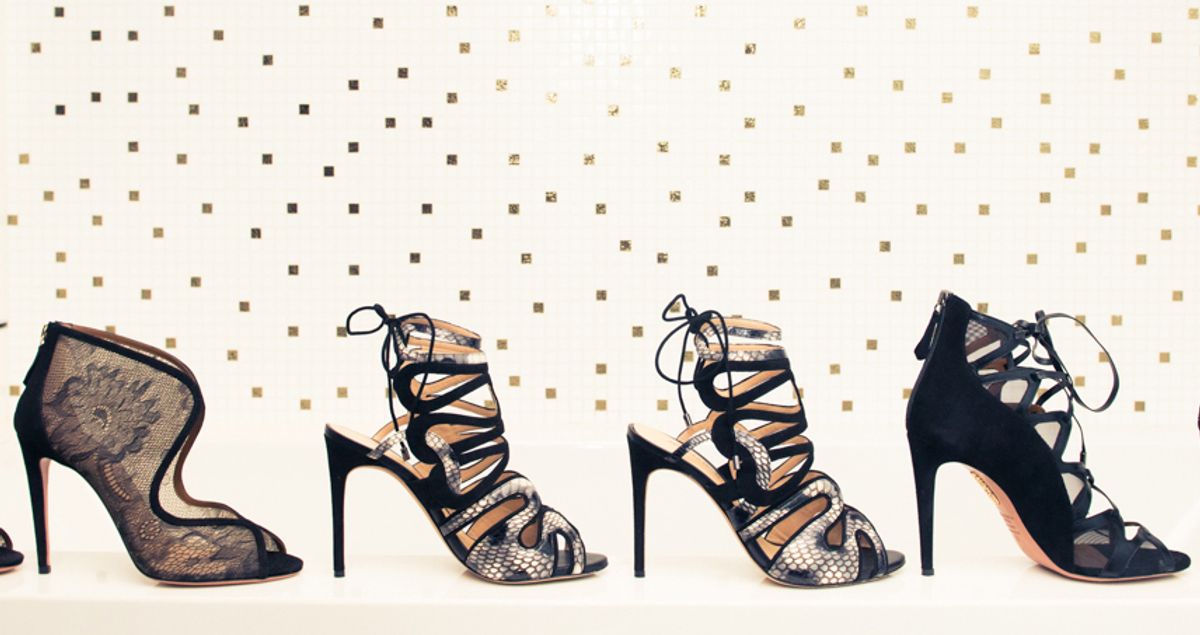 Are You Ready For the Holidays Yet?

‘Cause we most definitely are.

We’re almost out of here, guys. Next week it’s Christmas. And then it’s New Year’s Eve (anyone else not have plans?). And then it’s 2016 (and how?!). We prefer to think of these next two weeks as the equivalent of a nap; or if we’re not in deep hibernation, at the very least we’re getting away from our screens (fingers crossed). With that in mind, here’s everything we’ll be wearing, listening to, watching, reading, drinking (it’s the holidays!) and everything else we’re thinking about when we’re OOO.

(JK, though. We’re totally going to be here everyday with new stories with Beyoncé’s makeup artist, Hollywood royalty and some seriously fabulous Russians—you’ve never seen closets like this. What did you think? We were going to leave you all alone with your family for the holidays?)

2. The Importance of Being Iceland: Travel Essays in Art: Planning on getting serious time in with this the last week or so of December. Wish me luck?

3. 'This Is How Paris Hilton Fooled the Entire United States of America': So obviously into anything that intellectualizes pop culture. While this borders on gush-y, it's pretty damn fascinating.

4. Juergen Teller pillow: I'm incredibly picky when it comes to throw pillows. They're almost always heinous, but this one rules.

5. Elina Linardaki sandals: I've been scouring the Internet high and low for something like this ever since every cool fashion girl ever simultaneously decided to wear them all summer long. And here they are! For a decent-ish price, too.

1. Solid & Striped bikini: I’m escaping for warmer climes starting tomorrow. This will be the only thing I will ever wear, morning, noon and night. Okay, so maybe I throw a pair of shorteralls over if the occasion calls for it.

2. The New Yorker Radio Hour: It’s become my weekly intellectual stimulation (plus, there’s something I find incredibly soothing about David Remnick’s voice). And it’s one habit I’m planning on maintaining while away.

3. Fates and Furies: Along with finishing Elena Ferrante’s Neapolitan series, I’m planning on getting into Lauren Groff’s critically acclaimed book. What can I say? I don’t believe in “beach reads.”

4. Guacamole and nachos: All day, everyday, even for Christmas dinner.

5. Shiseido sunscreen: I was on set with a makeup artist recently who told me about creating contour on your face using SPFs of different strengths. It’ll be an experiment, to be sure. Stay tuned for the story in the new year.

1. "Eight Dresses": The other day I read Jami Attenberg's story of the (you guessed it) eight dresses she packs for her global book tour. I love a minimalist packing strategy (and a uniform, TBH), but I actually got goosebumps with her account of how what we wear carries memories long after the event. Oh and, "the hypocrisy of both wanting to be noticed and not noticed at the same time." Which I'm sure we can all relate to. You probably won't look at your dress collection the same again.

2. Delfina Deletrrez Necklace: It's like the home stretch and all signs are pointing to 2016. A.k.a how I'm justifying this everyday accessory lineup addition. I mean, new jewelry is how you celebrate the new year, right?

3. Stella McCartney Dress: I'm currently chasing the summer season in Australia and this denim dress was the first thing I packed in my suitcase (well, after 15 or so bathing suits). It's so ~versatile~ I'm probably not going to take it off the entire trip.

5. Weleda Skin Food: The hero product of the Whole Foods aisles. They say it's as good as Crème de la Mer. Which is definitely saying something. I'm hoping for miracles after 25 hours in stale airplane air...