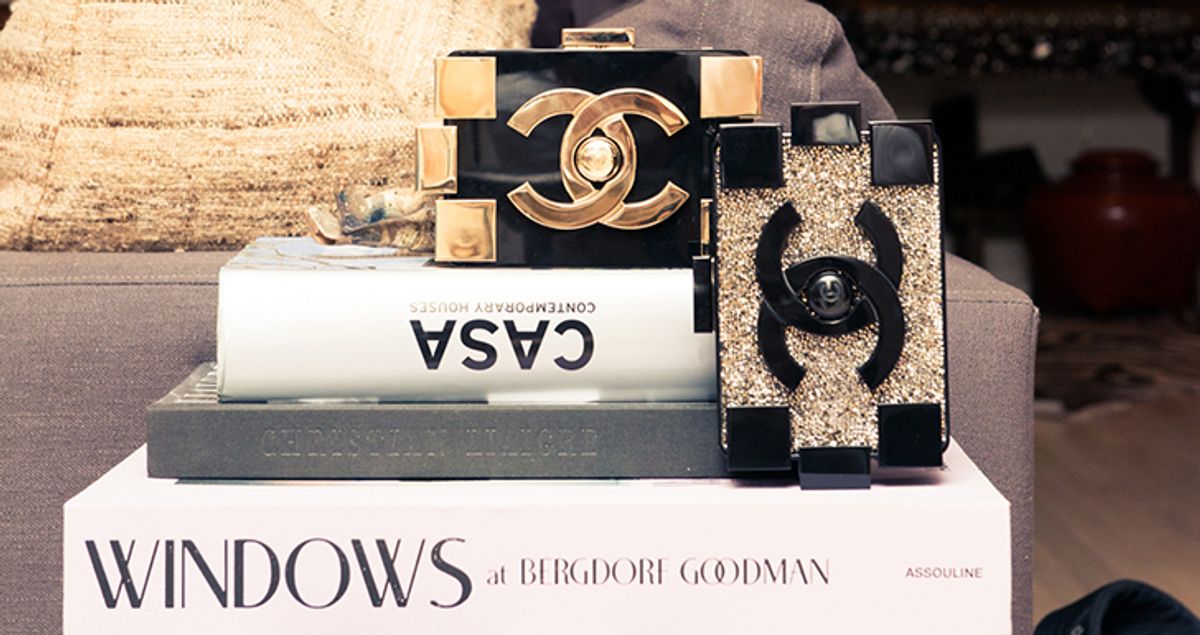 Everything Our Editors Loved This Week

The Coveteur team has been kind of everywhere lately... Barcelona, Moscow, Los Angeles, Utah (?), New York, London, Brussels, Cologne. Literally spin a globe, smack your finger down and you'll probably find one of us there, just raiding Manolo-heavy shoe closets and making designers put their Balenciaga in the bathtub (but it was a really epic all-marble-everything bathtub, so it's okay). But that doesn't exactly slow down our weekly water—sometimes champagne—cooler chat sessions. We mean it's (almost) 2016 guys, and Google hangouts is basically our BFF. Below, we rounded up the all of the usj: the songs, books, articles, shoes, and everything we've been virtually obsessing over together. We'd even go as far as to say you should write it all down in that fresh new Smythson you just purchased. Then download our recommendations and watch it all when you're stuck at home for the holidays.

1. Room: I went into this last weekend never having read the book, and was blown away. Actually, a better word would be devastated. Ruined, maybe. If you participate in any Oscar pools, get on this. I saw it with a group of friends (we know how to have a good time, okay?!) and it spurred on endless questions and conversation. Plus, "egg snake is our longest friend. And the fanciest." is some :100: screenwriting.

2. Comme des Garçons wallet: I may have just bought the perforated-ish, glossy, all black version over this in Amsterdam thinking I would opt for the more sensible of the two. But now I want this, too.

3. 'The Women of Hollywood Speak Out': The first few paragraphs of this say everything you need to know.

4. Gucci blouse: I saw Hari Nef wearing this at an event at the White House (casual!) on Instagram and it's just. so. good. Plus, Gucci's comeback means my inner monologue turns to this at every mention of the brand.

1. I'll Have What She's Having: Okay, I've obviously been living under the biggest effing rock in the history of rocks because I still haven't read Rebecca Harrington's account of trying basically every celebrity diet. I mean, did you know Jackie Kennedy only ate ONE baked potato a day? Shit is beyond interesting. And BTW, Harrington also hails from Rhode Island, so we're basically soul mates (or so I think). Stay tuned for the update on my potato diet.

2. J.Crew shoes: I've been holed up in New England this week and it's been uncharacteristically warm, or as they say here, wicked warm. So the flats are coming back in rotation before we're stuck in sock and boot season (my least favorite, just FYI). These have a serious sparkle situation going on which is :clap:.

3. "Take Shelter" by Years & Years: Another one to add to your playlist rn. Actually a jam and actually on repeat (ugh hate that saying). Although I'm starting to feel kind of bad about taking credit for discovering these songs every week because actually my really cool friend Richard tells me all about them, but whatever, you can keep thinking I'm just that good.

4. Weekend bag: All the travel lately has made me realize that it's most definitely time for a new carry-on. This leather one will look even better in five years, and then I saw the price, $300? Let's be real, it's already on it's way to my house.

5. Girls Season 5 trailer: Watch it and then mark February 21st in your calendars. Oh, and Zosia Mamet's new hair color (plus Japan!) is the kind of change that makes me (and probably a lot of other brunettes) want to go platinum. And get bangs.

1. Lanvin pants: I recently met a stylist who wears real deal trousers—not jeans or culottes, which is my usual deal—and wears them really, really well. I probably won't be able to do as well as she does, but I'd like to try. And these (on sale!) Lanvins seem like the right way to start.

2. Dimes: I recently moved into an apartment down the block from the Lower East Side restaurant, and this week, they opened a produce and grocery store literally right across the street. In short, you now know where all my money goes.

3. Lyft: It may be wildly lame that a taxi app is among my picks, but since signing up I've received $50 worth of free rides and consistently get discounts for no good reason. So, yeah. Lyft it is.

5. L'Occitane hand cream: It's that time of year when my hands become perpetually dry and cracked. This cream is the only one that actually works for me and I've been stocking up.

1. Rimowa luggage: There are a few things that mark adulthood: getting your own set of luggage is 100% one of them. So I guess it's time I finally get some, right?

2. MH40 headphones: I'm about to go on vacation to Buenos Aires (like, tonight) and the long-haul flight calls for noise-cancelling headphones (because crying babies). These are just perfect.

3. Oribe texturizing spray: Hands down the best hair product ever. Gift me this and you're forever in my good books.

4. Remember: Our design manager, Katie, just told me all about this movie over our morning coffees and she totally sold me. Finally a reason for movie popcorn (as if you ever really need one).

5. Tapas Cervaserio el Vaso de Oro: Ever since I ate at this insanely delicious tapas restaurant in Barcelona last week, I can't stop thinking about the Padrón peppers (charred hot peppers) and patatas bravas (spuds with the best hot sauce I've ever had).