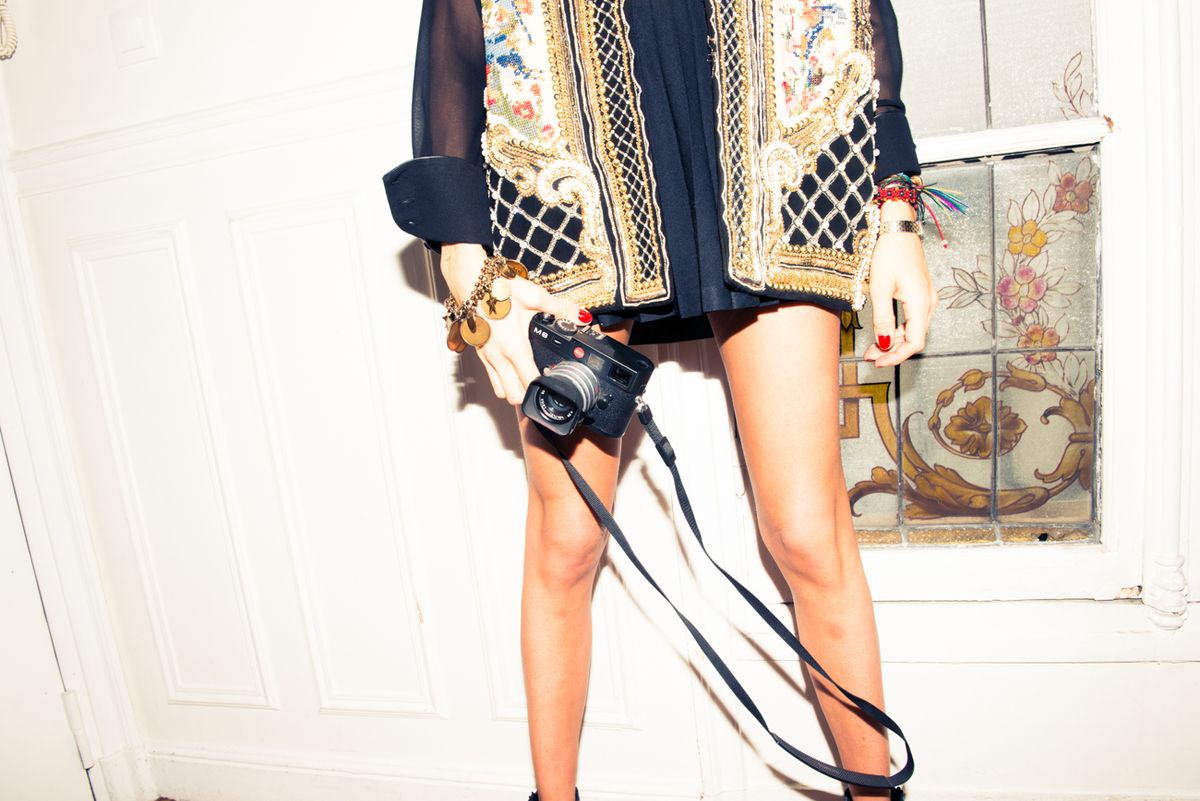 How to Up Your Instagram Game (& Likes) in 60 Seconds

To the surprise of probably no one, we talk and think about Instagram a lot. Not that we think of it as a vapid pursuit, though—after all, how many restaurants, artists, designers, galleries, travel destinations, and endless other points of interest has the photo app opened your eyes and introduced you to? We thought so. That, and we're firmly pro-selfie in these parts.

We digress—with Instagram more top of mind than usual, given the roll-out of our first-ever social media week, the subject of this week's 60 Seconds story was obvious. How do you up your Instagram game (without going the slighty taboo route of whipping out your Amex for a set of new followers, that is), instantly?

We don't know about you, but for the most part, fessing up to enacting an actual pre-meditated Instagram strategy has entered the realm of money, religion and politics; as in it's not something you talk about out loud, except in the company of a trusted few. Admitting that you care, let alone edit out light switches and change the color of coffee tables? Quelle horreur!

In order to get especially exacting about all things Instagram, we consulted (under the condition of anonymity) a certain bicoastal twenty-something whose personal account is just north of the K (that would be 10,000 followers), with accounts like Vogue and Bergdorf Goodman's taking notice via regram, too. On your marks, get set, 'gram.

Look at the Bigger Picture

“Your flow—I think other people call it their grid—is just the overall aesthetic of your Instagram. When somebody's looking at your page, the first thing they see is all of your photos. It’s, like, the overview of it. So when I say, ‘my flow’s great right now’, or ‘my flow sucks right now’, maybe there’s too much blue, or there’s an ice cream photo on top of an ice cream photo or there’s too many people, it’s too much black and white. How it looks overall.

I’m really picky. I won’t post something if it doesn’t look good next to the photo that’s already there. I try to look at my flow when I’m posting and decided whether or not I should wait a while, or if it’ll look good right away. If I just posted a picture of ice cream, but then I take another great picture of ice cream, I don’t want to post them beside each other or in the same row."

“I design my feed, in my mind. There’s pictures of people, scenery and landscapes, food and objects. I try not to put too much of the same thing next to each other. If it’s really cluttered, or I feel like there’s too much going on or it’s overwhelming, I try to post a picture that’s pretty clean and has a white or light background to break it up. I’ll bank it in a folder on my phone and when the other picture of ice cream is far enough down, I’ll put the new picture up.

I have one folder on my phone called, ‘Instagram’, that’s all of my pictures, ready to go and edited, that I know at some point I want to post. Whether I’m just not in the mood to post it yet, or the time’s not right because there’s too much of that thing, or it’s not relevant at the time I’m posting it. For example, I took a really good photo yesterday, but I know I want to post it later, so I just put it in my Instagram folder and I’ll come back to it.”

“I want to make sure there, if I’m on vacation, I don’t want to post too much blue, or for the whole thing to become blue. I don’t want it to be pink flowers, with a pink background, and a pink lipstick.”

“I have other folders for photos, like a ‘New York’ folder, a ‘L.A.’ folder, a ‘Toronto’ folder. It’s pictures that I’ve taken there or reminders of place that I want to go, or inspiration.

I screenshot. Apple just came out with an update where there’s an automatic folder in your Photos called ‘Screenshots’. That makes it way easier. From that folder, I go in and add it to the album that it belongs in. If I’m going to L.A. next week, I have my folder of all of the places I want to go in L.A. and they’re all screenshots to remind me.”

"Be really engaged. Go through your Explore page and if you see a photo you like, actually ‘like’ it. Before and after you post a photo, be active on your Instagram, liking people’s photos in your feed.

The one thing that helps with likes and followers is when people repost my photos. If a food account reposts my photo, then I’ll get, like, tons of likes on that photo. There was one photo that I posted that Bergdorf’s reposted, and other food accounts had reposted it prior, so maybe they found it there. They gave me credit and I got ton of likes and followers from that. Sometime I’ll tag some of the bigger food accounts that I really like and have reposted from me in the past so they see the picture."

“My whole thing is looking for little things that people might walk by and not notice or think to take a photo of. There’s obviously the generic photos of palm trees or the beach wherever you’re travelling, but then, for example, if I go on vacation, all I want to do is go see the whole hotel and see everything. In my mind, I’m thinking what would be a cute photo. The way my mind works, I’m always thinking of how to make a cute photo. Half the time I’m walking down the street, and all of my friends always get so mad, but every block there’s something that I want to take a photo of. For me, it’s noticing the little things and thinking of how to photograph it so it gets people's attention.”

“Obviously if the picture gets no likes, I’m like, ‘oh, that sucks’. But I care more about putting up pictures that I like and look good. I used to really, really care, but I think a lot of it depends on when you post it, so there’s so much that you don’t know and can’t control. Because my Instagram’s just my account, I don’t focus on ‘I’m posting on Thursday night at this time’. Likes build slowly over time.”

“Oh my god. Everything! [Laughs] I try to carry around my SLR everywhere, so when I take it on there, right away I transfer it to my computer and I’ll edit it very minimally. Then I Airdrop it from my computer to my phone so that I get the full quality—if you’re emailing it, the quality goes down a little, but with Airdrop, you can do, like, 200 at a time, just over Bluetooth, without Wifi or anything. On my phone, whether it’s photos taken on my camera or ones that I’ve taken on my phone… I used to use Afterlight a lot, but it doesn’t take high quality images and makes the quality of the images poor, so I use VSCO. There are filters that are my go-tos, like the N series bring out whites, and S3 is great for photos I want to give a little pop of color. VSCO can import and save high quality photos, so that one’s really good. There’s another app called Camera+, where for photos I want to look a little more professional. Their filters are more aggressive.”

“Then, I always use Facetune. Little details really bother me, like, if there’s dirt on the rug in my photo or if there’s a light switch. I think everyone else in the world uses it to [edit their face] but I use it for every other photo. You can do anything on Facetune. I took a photo yesterday of a pink wall with a white spot in the middle, and I can fix that in Facetune. With food photos, I always use Facetune. If syrup from waffles drop onto the plate, I’ll remove that with Facetune. I use it to perfect all of my photos. I try to stay away from Facetune with people photos, but for everything else, I’m obsessed.”

The Swimwear Our Staffers Are Buying for Summer