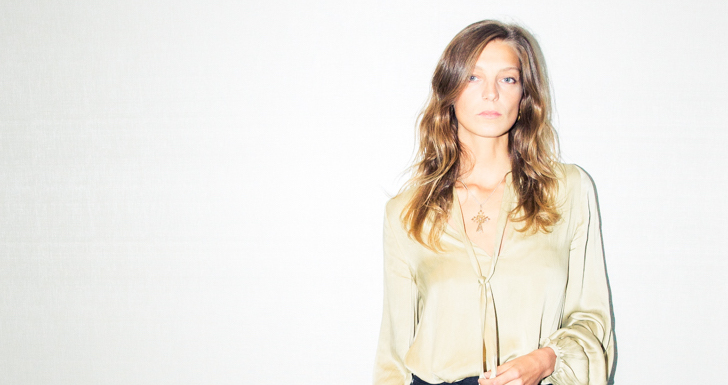 Plus, her thoughts on quitting fashion, drinking clay & living in the jungle with a medicine man. 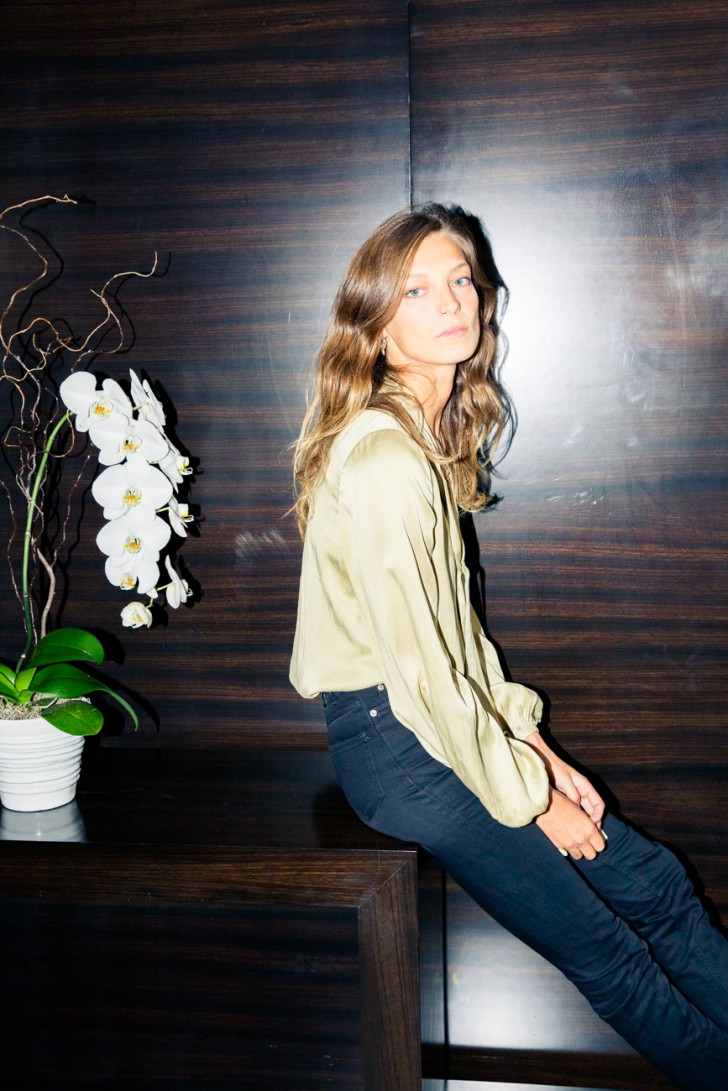 Unicorn, as an adjective, has been reappropriated in about a billion different ways—from Silicon Valley to, uh, swinging culture—but it's the only way we can accurately capture the fashion world's relationship to Daria Werbowy. The story goes like this: the model famously quit fashion, briefly, to backpack (and sail) around the world, sleeping in hostels (more on that later) before settling in Ireland with her boyfriend. She now has her pick of work, which seems to consist of Paris Vogue editorials and campaigns with Céline, Equipment and Lancôme; the latter of whom she's been working with a little over a decade—all shot in between even more globe-trotting and hostel-hopping. Again, more on that later. She's notoriously press shy, which, of course, only makes her all the more alluring. Are you starting to get the whole unicorn thing now?

With that in mind, you can imagine how, the moment the Parisian beauty brand extended an invitation to chat with the model during her most recent jaunt to our mutual home and native land (alongside Alma Jodorowsky, for Lancôme's 80th anniversary), we required a round of smelling salts around the office. We've since recovered, and are here to share everything from Werbowy's approach to beauty (bare bones), exercise of choice (Ashtanga yoga), and her "psychotic" water drinking habits.

Wanna learn more about the health and wellness routines of absurdly beautiful brand ambassadors? Read up on Diane Kruger's jetlag cures, skincare routine and obsession with Thai massages. Or Cindy Crawford's daily routine (it includes an infrared sauna, dips in the jacuzzi and green tea).

On how she first started working with Lancôme:

"I was a baby. It was 10 years ago, so I was 21 years old. We just met—I got asked to come in and meet them, we just talked about life and just hung out, really. Then they gave me the contract! [laughs]

I think Lancôme represents a type of woman that encompasses many things. I don’t think it’s one directional. They really want to touch women on a more intelligent level, so I think I’m smart! [laughs] No, I’m just kidding. We just hit it off. We just have similar ideas of women, I think, and they were really amazing with me. They were so encouraging of myself as an individual, so that was really nice; to be part of such a big brand and still be able to be myself and still be able to not feel like I had to completely transform myself to fit into a box."

On her daily beauty routine (and skipping moisturizer):

"This is where it gets embarrassing. I don’t really do anything. I'm super, unbelievably low-maintenance when it comes to that stuff. I’m really into natural healthcare when it comes to my body, like I do lymphatic brushing and that kind of stuff. Day-to-day, I’d wake up and in Ireland, [whispers] I don’t even use moisturizer sometimes. It’s so damp there I don’t really need it.

I use Lancôme Advanced Génifique—the eye one is really good. I have kept the under eye one in the fridge. I heard don't overuse it, though, because there was a time where I was like [dramatically pumps bottle], and then someone told me you shouldn't do it too often, because it's that intense. Just don't smother yourself in it." 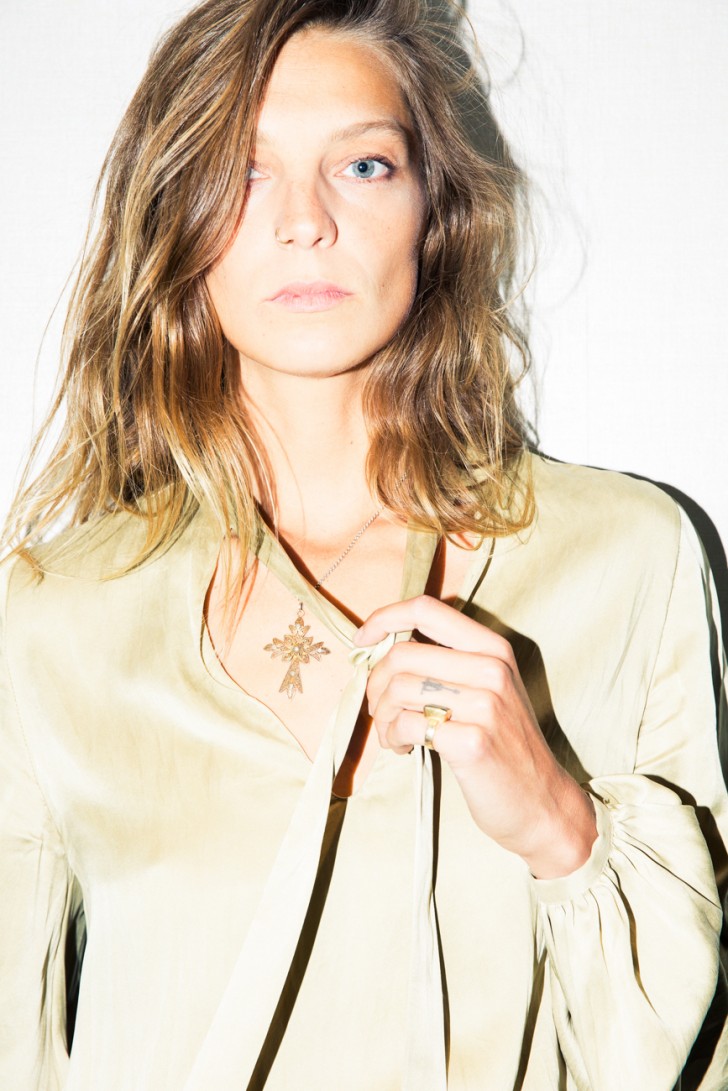 On her foray into herbal medicine & drinking clay:

"I’m into herbal medicine, so that’s a big part of my life. I’ve always been interested in it, and then my boyfriend started studying it. It’s quite big in Ireland as well. I was just telling everybody about clay water. I know everyone thinks it’s weird, and it is a little weird, but it’s very good for you. I think it comes from Germany and France. There’s a herbalist woman that I go to in Ireland, and she gives it to me; so [I take] that and herbal tinctures and things for my stomach and stuff. I like how natural medicine encompasses the preventative as well. It’s not so much necessarily about you have an ailment and you have to fix it right away; it’s about an herb having a spirit, and that spirit also going into your body. I like that connection."

On the one beauty trick she turns to while travelling:

"On the plane, I become a psychotic water drinker. This is recent, because I used to never drink water, but I’m like, chugging that back as much as possible. That’s kind of it.  I’m a coffee drinker, so I think that’s why I try to drink water. I guess I would be into coconut water when it’s around. I chugged two this morning, actually!"

On her break from modelling & how travelling changed everything:

"I think when you do anything for a long period of time at the intensity I was doing it, it’s the natural course to have to step outside of it. I think I would’ve probably done that regardless, no matter what I was doing. I’ve been a seeker my whole life. Sometimes I feel like saying being a seeker is bad, because that means you’re never happy or never satisfied, but I started doing this really young and there were a lot of things that I missed because of that. It was just a time to really step back." 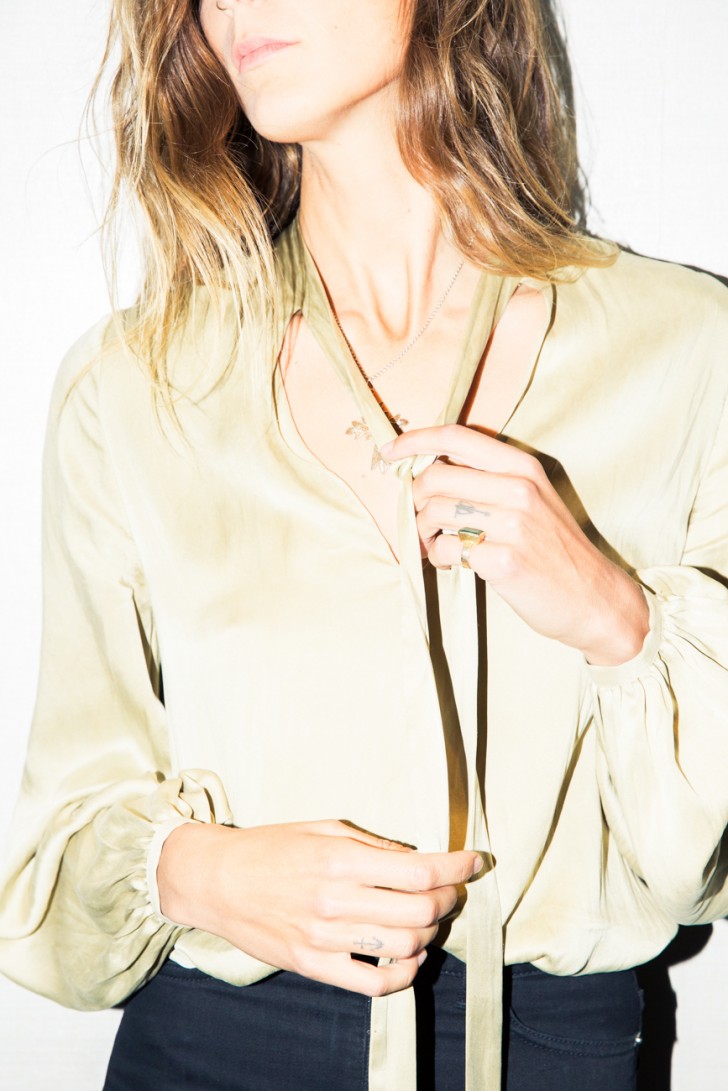 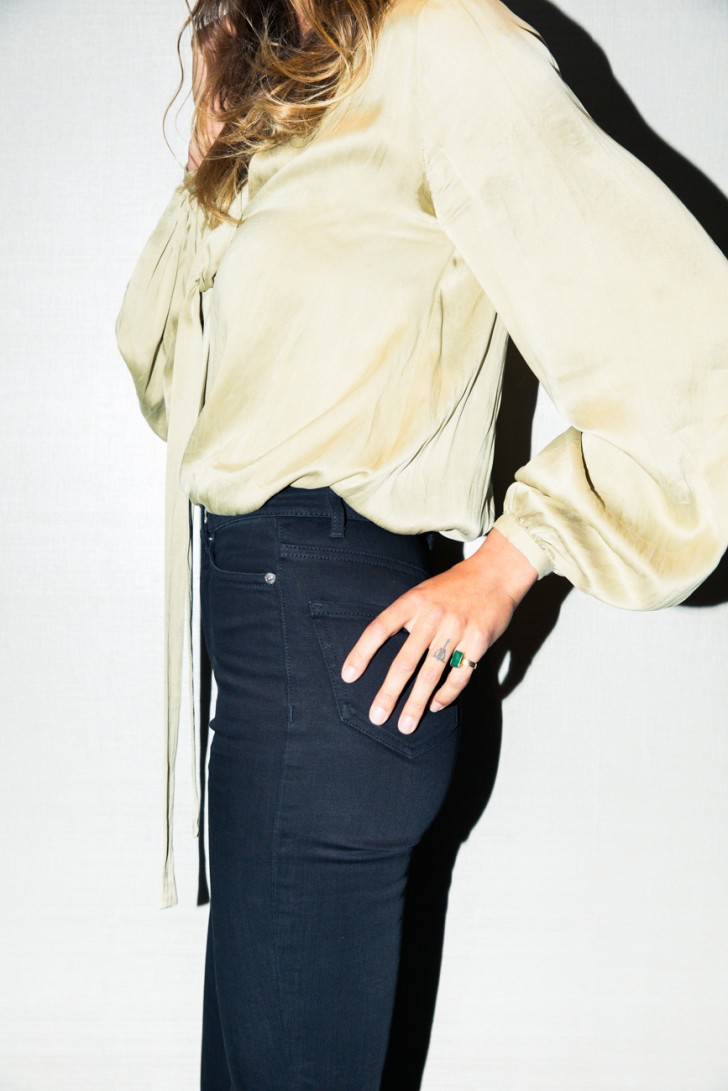 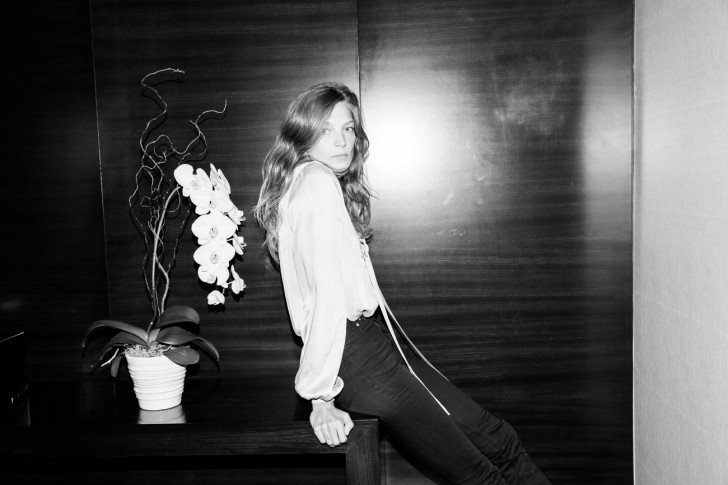 "I went backpacking because I didn’t get to do it when I was 18, so I stayed in hostels and backpacked and did that for a long time. And still do! I like that balance. It’s just something that I can’t deny myself of. I haven’t even scratched the surface of India, even though I’ve been going every year but Burma and Vietnam that whole area, that whole Eastern area, I’m really interested in."

On how she defines wellness:

"I think that’s probably one of the most important questions in life. It’s something that is forever changing, and something that I’m constantly trying to figure out. I think the biggest thing for me has been that I’ve had the luxury to actually look into that; I’ve actually had the freedom in life to really look at what wellness means to me. For me, it’s connection to spirit, so however that manifests, whether it’s being in nature, whether it’s traveling to different places or whether it’s meditating and going on retreats and things like that. I feel like because I can, I have to do those things, because I’ve been given that opportunity." 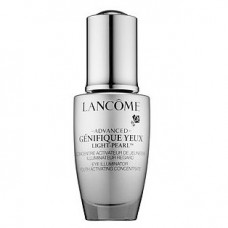 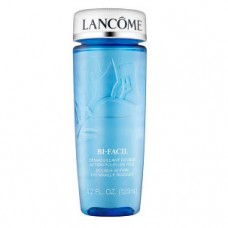 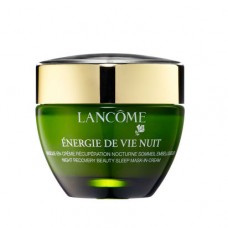 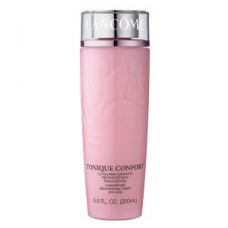 On her newfound addiction to silent retreats:

"I love silent retreats. There’s all kinds of different ones. I was into Vipassana for a long time, so with that, you do a 10 day silent retreat, where you meditate basically from 5 A.M. to 6 P.M. 10 days is the longest [I've done], and you stop for lunch and stuff, but I love it. [At the end], there’s an emptiness, like a beautiful emptiness. I really recommend it to people. It’s weird, because we talk so much, and you go through a very interesting exploration of how our minds work. It’s very cool."

On becoming a yoga person:

"Yeah, I’ve become a yoga person, I guess. Fucking hell, I never thought I would be, but I’m like, full-on Ashtanga yoga. When I first got into it, it was everyday, no matter where I was, I was either practicing in the hotel room or going to the studios that were in the cities. I’d never had anything that regimented in my life, and for the seven years that I was crazy working, that gave me a point of focus. I’ve always been flexible, so there was something easy about it in a way, and something that really gave me a discipline that I had none of." 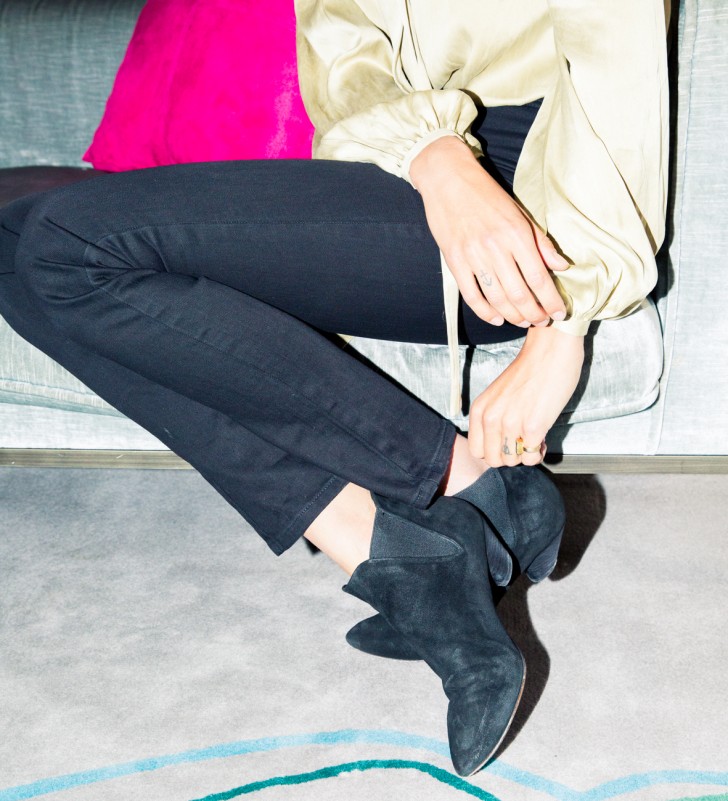 On her favorite spa visits:

"There’s the Soho Sanctuary, that I go to in New York, I’ve been going there for years and years. I go to the Lancôme spa in Paris."

On the weirdest thing she's ever done in the name of health:

"So many things! I spent three months in the jungle with a medicine family. This could take days, but it’s funny, because if you look at any pharmaceutical pill that you take, there’s a derivative of a plant that probably comes from the Amazon, so I guess that’s really where the interest in natural healing came from. It's so hard to explain how much we did and how we just sat around and did a lot of nothing there. That was probably the weirdest."

On not believing in guilty pleasures & loving chocolate:

"I’ve been pretty good at not feeling guilty about my pleasures. I’ve been trying to get away from that, but I’m a big chocolate person. I’ll buy the same thing in different colors, I don’t know if that’s a guilty pleasure. If I like something, I’ll buy a lot of it. I should probably stop the jeans. Leather jackets is probably a little ridiculous. Chasing the perfect leather jacket... I have a lot of leather jackets, it’s actually really sick."

On her ideal morning routine:

"I love really long mornings. I’ll get up really early and stare outside the window and have a coffee. Breakfast is a really weird one for me; I find breakfast one of the hardest meals of the day. I never know what to have for breakfast, I have the coffee and then I’m not a cereal person really... I don’t crave breakfast, so that’s a hard one. Sometimes, I think because of the Ashtanga yoga thing, like, I have coffee, I practice and then by the time I’m finishing practicing or meditating, this is going to sound so insane, but it’s been almost two and half hours... by the time I do the whole thing, so then it’s almost lunch time." 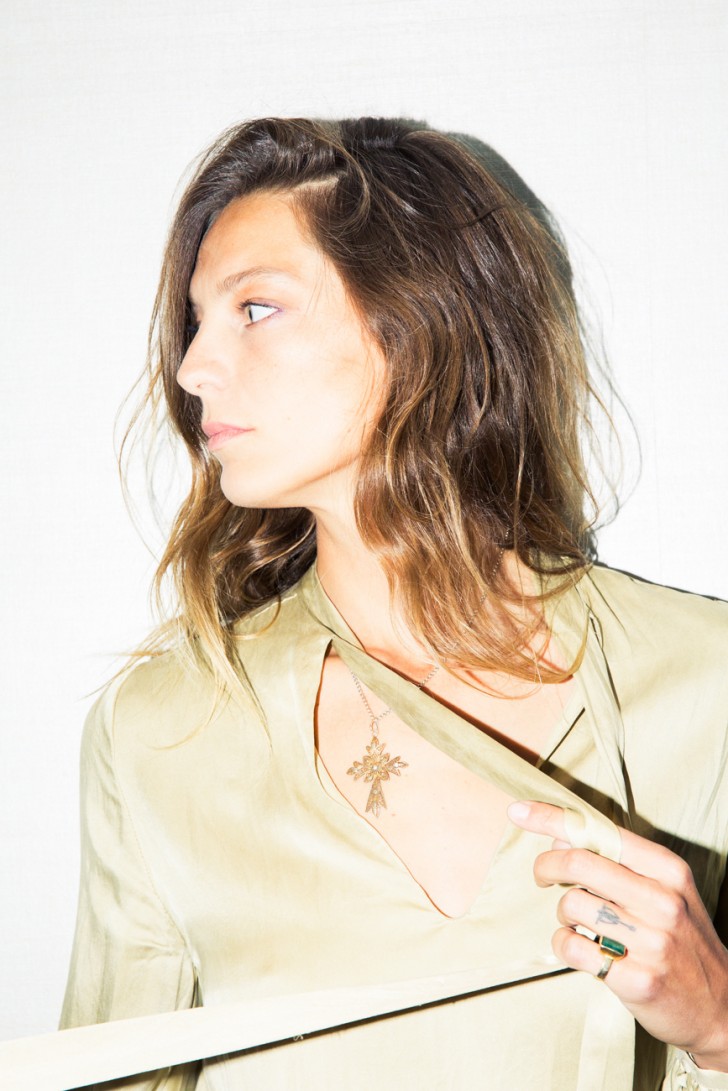 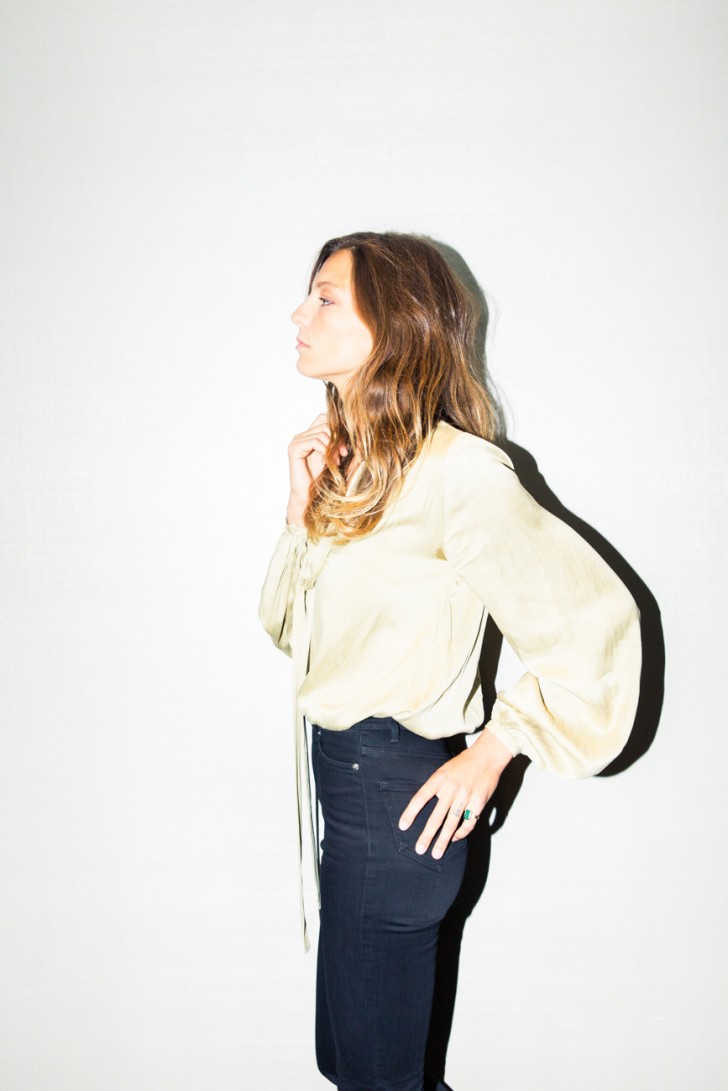 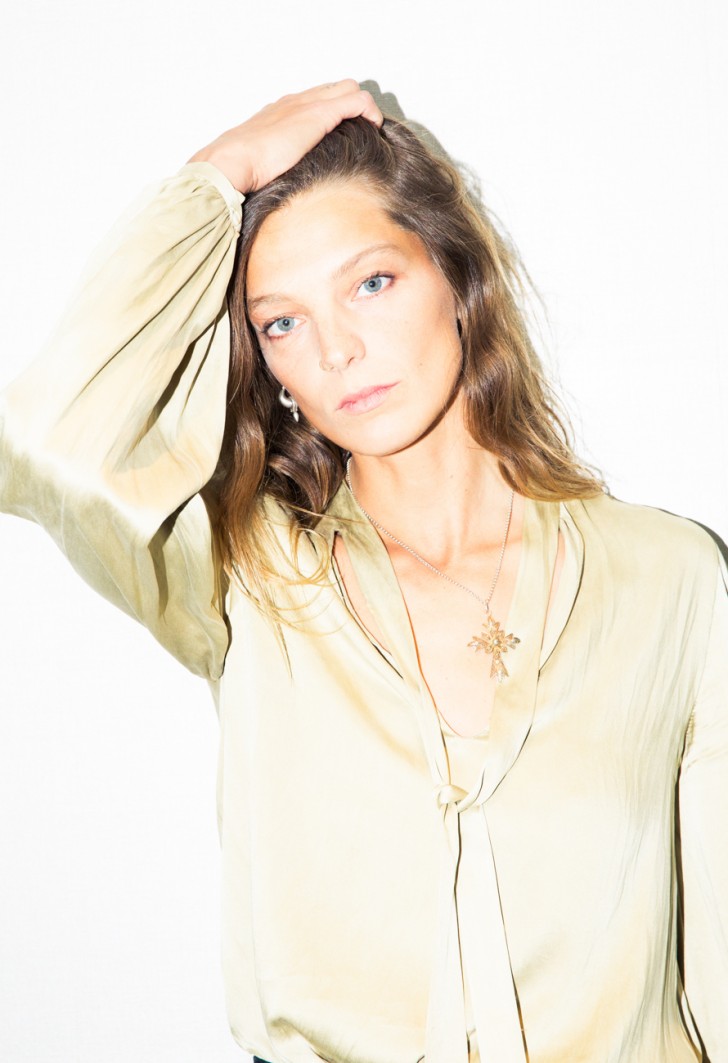 On her sleep schedule:

"I’ve become a complete early riser. I’m up at like, 6 A.M. I’m a completely different person than I used to be. It’s weird, because I would’ve been the other way before, but I like being awake when no one else is. There’s something, like, knowing everyone’s in bed and I’m awake. I’m 32 and stuff changes, thank god, and you don’t want to be up 'til 3 in the morning, 4 in the morning. Sometimes that happens in Ireland, and it happens naturally, it doesn’t happen because I want to go out and do all that stuff, which is nice."

On her idea of work-life balance:

"Yeah, I think I’ve prioritized my life and my relationship to work in a completely different way after I came back from the first time I fucked off for a while. I’ve made so much more room for that stuff, so it definitely has changed. It’s made my life a lot fuller in a lot of ways and a lot more, it’s actually made me enjoy work more in a lot of ways, it totally has made me appreciate it more. It’s made me way more appreciative."