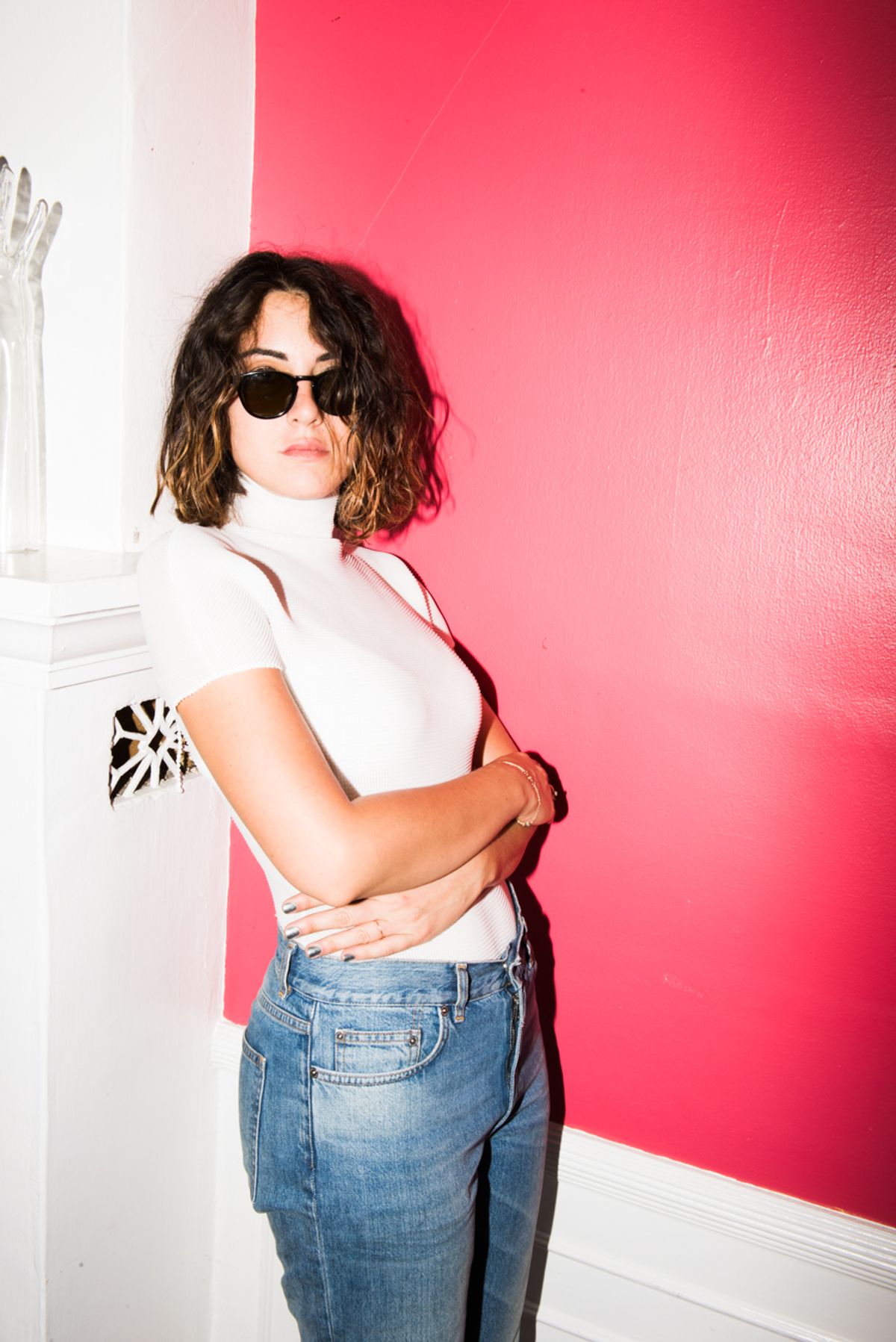 Emily Ramshaw
Stephanie Mark
In our exploration of indie magazines and sites—most extensively during our angsty-blogging college years—Bullett has always been one of our go-tos. And, like other habits picked up during that period of our lives, we’ve held onto the bookmark that is bullettmedia.com for when we’re in the mood for some intelligent pop culture criticism with a side of Tumblr-worthy photography. In hand, we’ve developed a curiosity about the brains behind the publication, which eventually impelled us on an intensive internet stalking spree for the email of one Idil Tabanca, that digital magazine’s somewhat hard-to-track-down editor-in-chief. Rest assured, however, because we found her! (But, like, when haven’t we?) In a cozy house in Silver Lake, no less. And, after some persuading via email, we were at her door to do our thing. Our logic? Editors of good magazines usually have wardrobes to match. And Tabanca didn’t disappoint: she has the same kind of hipster-meets-outsider-meets-intellectual sense of style that Bullett is known for. In other words, one look in her wardrobe and you kind of get why she does such a good job heading it up. But let’s get to the specifics already, because they were good. Like vintage YSL cage heels and Kenzo boots. All the Moschino that millennial dreams are made of, along with a healthy dose of Mary Katrantzou and perspex Christian Louboutins. It was less serious editor wear (literally no black, guys—it might have been a first), more real fashion fan wardrobe. We can relate.
Closet