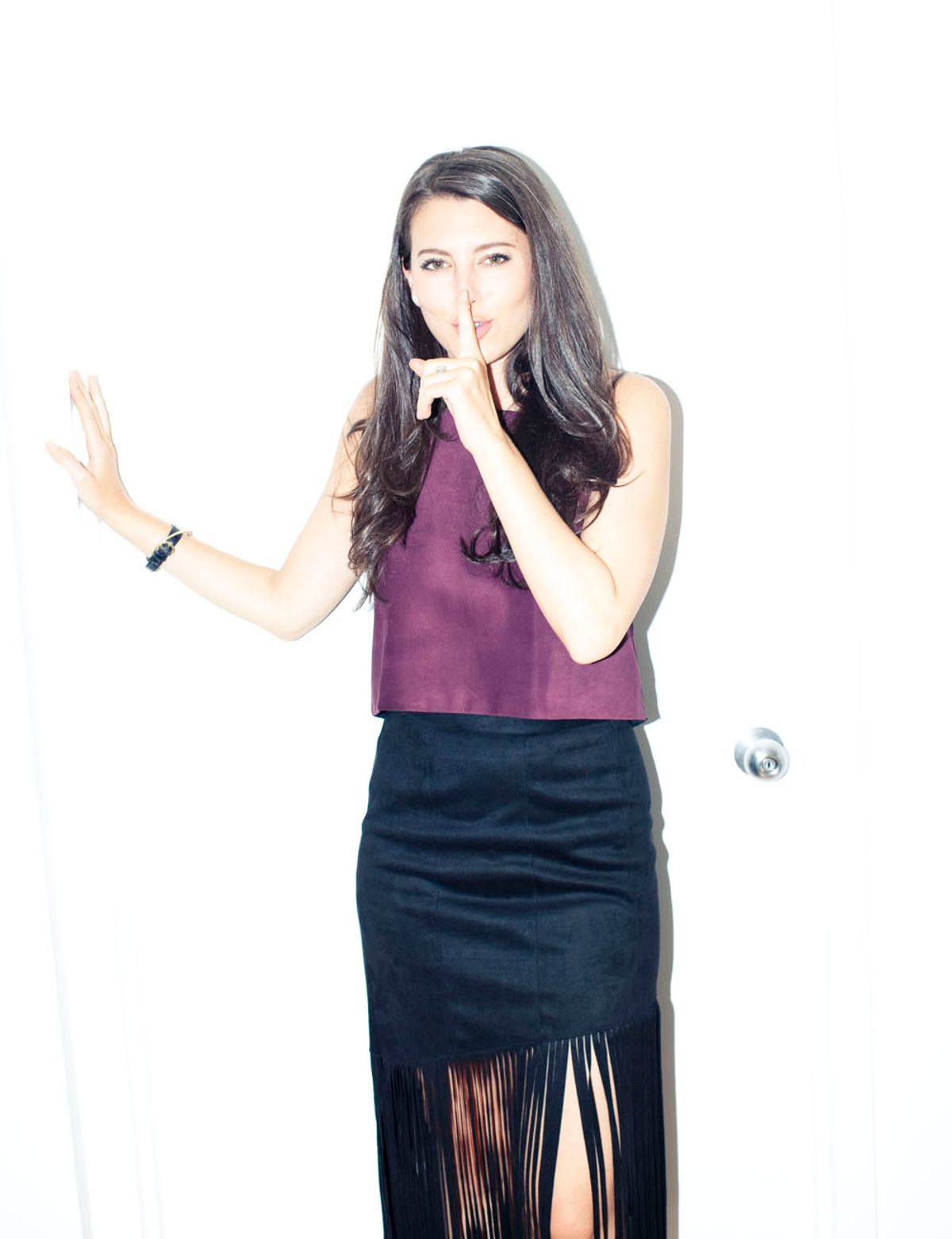 Katie Boyle
By now, we've established that the notion of universal wardrobe staples (the kind that a closet is supposedly dangerously OMG-how-could-you-even incomplete without) is pretty much a farce. And even though we like to protest the idea, we will acknowledge, at the risk of admitting our own occasional succumbing to fashion victim-dom, there are certain items that every fashion girl-type comes to fall on from time-to-time. Some (in the case of a chambray button down, perfect white leather sneakers or trusty leather trousers) a little too, er, heavily. Guilty as charged. Given our ability to appreciate a closet backbone, though, we'd like to think that we're also blessed (not to be confused with #blessed) with the ability to recognize when one's long overdue for a comeback. Namely? The camisole. Not the ones with built-in training bras your mom stocked your preteen dresser drawers with—we're talking about the cool, slinky, slip-like sort that go with everything from blazers to boyfriend jeans. The kind that Kate Moss would approve of and throw on with a leather jacket and sheer floor-length skirt. Yep, that kind. Turns out Samantha Steen, founder of Cami NYC, which, if the name didn't give it all away, feels the same—hence her line of lightweight, perfectly cut camis (which our very own Stephanie Mark may have, ahem, have had a not-so-small part in, as in she literally got to design her dream bodysuit with Steen in an exclusive collab, a little leather number our entire office is considering adopting as our uniform), which are basically tailor-made to solve every ensemble dilemma that's ever come between you and a potential outfit. Genius, no? We mean, who can argue with the idea of doing one thing, and doing it really, really well? Thought so. Steen's own wardrobe is every bit as versatile as the staple she's brought back—and to put it one way, girl also gets the value of a decidedly un-wallflower-like accessory, too: she has PS11s in virtually every color and is one of the Manhattanites who stocks her closet with a multitude of white shoes. Basic? Far from it.
Closet