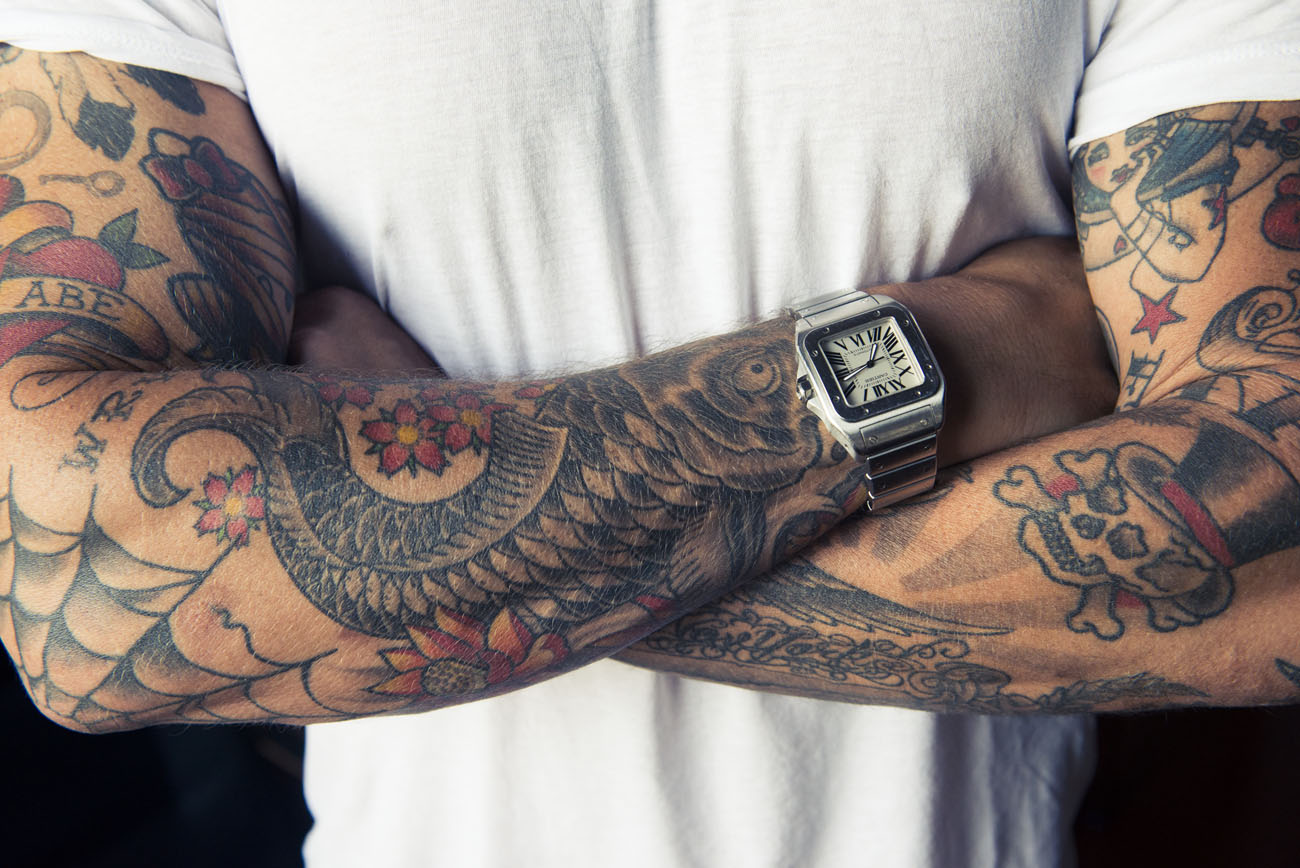 How to Spot a Pickup Artist

You’ve heard of fuckboys, right? A warning from our resident sex columnist.

Welcome to The Coveteur’s series about sex and dating, brought to you with the expertise and humor of our friend Lindsay, of the laughably addictive Tumblr, Tinder in Brooklyn. In her own very DGAF way, she’ll be breaking down the good, the bad and the downright bizarre that is, well, dating in the time of Tinder (and all that other shit we Gen X, Y and Z-ers have to deal with).

I’m going to start this column off with a little scary story. So gather ‘round the campfire, bitches, and get cozy!

[*Does best Are You Afraid of the Dark impression*]

Submitted for the approval of the Midnight Society… THIS is the Tale of the Pickup Artist Epidemic.

In 2007, a professional pickup artist named Erik Von Markovik (a.k.a. Mystery) wrote a book called The Mystery Method: How to Get Beautiful Women Into Bed. At the time, Mystery was considered by many to be the world’s greatest pickup artist—because apparently, dudes keep track of these things.  You may remember this time, because, well, this book made people go bat-shit insane. It was a New York Times bestseller, as was an exposé written about Mystery himself (The Game by Neil Strauss). The Mystery Method was discussed on pretty much every news-talk show known to man. The book was also notable because, for a while, men began running around bars looking like complete fucking tools, sporting Mystery-endorsed furry hats, weird jewellery, pink shirts, and other notice-me attire. (These props were called flare and part of a pickup practice called peacocking.) Yes. Fuzzy hats were part of his strategy. I TOLD YOU THIS STORY WAS SCARY!

Anyway. Like many women, I read a bit of the book, had a few laughs, went back to shopping for low-rise jeans (or whatever the fuck it was I was doing in 2007), and I forgot about the whole thing.

I presumed the PUA movement had gone the way of the Tae Bo craze and trucker hats until recently, when I began hearing about a guy named Julien Blanc on the news. Julien is a pickup artist who travels the world running sold-out, $2,000 bootcamps promising men the trick to “Make Girls BEG to Sleep With You After SHORT-CIRCUITING Their Emotional and Logical Mind.” [Yes. Two grand. I fucking wish that was a typo. That quoted phrase, too.]

Julien’s methods are based on traditional Mystery Method pickup artistry, but differ in degree (and in scariness). Why was he on the news radar? Because the Australian government decided that his particular degree of pickup artistry amounted to violence against women and revoked his visa. Subsequently he was banned from entering Canada and the U.K. for the same reasons. The thousands of men who had signed up for his bootcamp were not happy with this news, and frankly, neither was I. I had presumed the demand for this kind of fuckery had been extinguished years ago. But ooooh, no. THIS MAN WAS LITERALLY ON A WORLD TOUR OF PICK UP ARTISTRY TRAINING!

Clearly, there were even more douche canoes in the dating pool than I had previously suspected. I decided to learn more, and after venturing into the fun world of PUA forums (where guys get together and trade choice moves), I have some less than awesome news to report. Listen up y’all: this is still very much a thing. 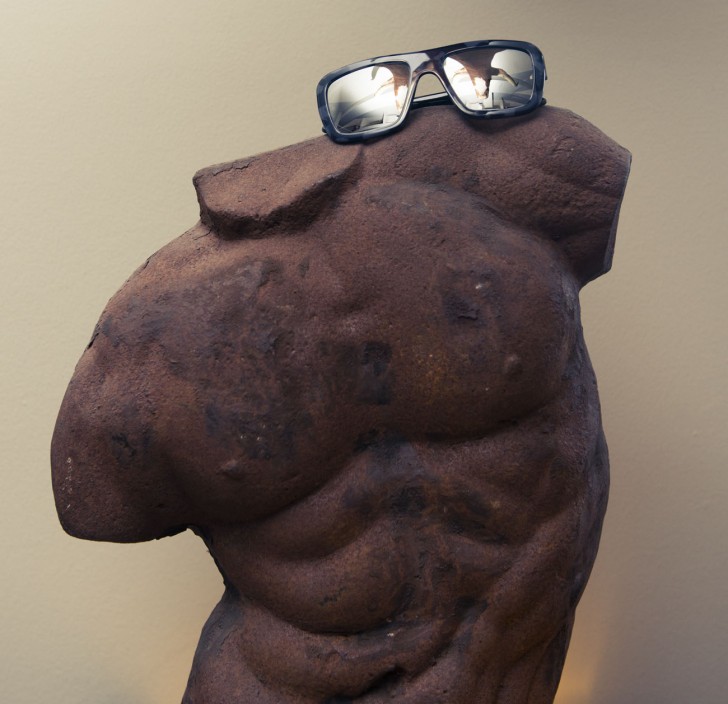 HOW TO SPOT A PUA

Spotting a pickup artist is a bit like spotting plastic surgery (maybe you know them as Tinder-enabled fuckboys? Yeah.): it’s easiest to spot when the job is done poorly. On the flip side, some of the best work will probably never be detected by anyone at all. Luckily, several aspects of the pickup game are immediately obvious. I am going to go over these now, to help you deflect like a pro.

Much of the online PUA forums are dedicated to sharing ‘tried and tested’ opening lines. These are seen as the most important aspect of a good pickup and are usually designed for approaching a group of girls. Some examples include:

“Is that alcohol? For SHAME! Drinking isn’t allowed here!” a.k.a. The Humor Opener
“Excuse me, I just have to tell you something….” a.k.a. The Stop and Shock
“Hey, can I get a female opinion on this? My buddy has this jealous ex-girlfriend who is …xyz. What should he do?” a.k.a. The Opinion Opener
“Oh wow, its like The View (or Sex and the City) over at this table!” a.k.a. The Observational Opener
“Two beers please! Oh you don’t work here?” a.k.a. the Inadvertent Opener

Negging is probably the most well known of all the PUA tactics, likely because it’s the creepiest. In a nutshell, negging is the practice of dropping subtly veiled insults into a conversation in order to lower a girl’s social value in relation to yours. The difference between negging and playful teasing is that negging is about specifically lowering the other person’s self esteem to make them more vulnerable. Which makes it especially gross. Here are some examples:

“Aw do you still bite your nails? You’re so cute!” Delivered to anyone with so much as a chip in nail polish.
“I love your eyes” [You: “Thanks.”] “Are they even real?” Then, before she can respond: “Oh, they’re totally color contacts!”
“I like your boots! You’re the third girl I’ve seen in them tonight!”
“I wish you were a brunette, I’m taking a break from blondes [or whatever her hair color is] for a while.”
“How short are you?” or “How’s the weather down there?”
“That was cute! Do that again!”
“Hey… you’re like a farm girl, right?” or “You’re like a city girl, right?”
“You should put your hair up/down!”
“Those shoes look really comfortable.”
“Awww you have eye crusties. [When she instinctively rubs for her eye] Aw, don’t rub them, I love eye crusties!” *Note: apparently this is, like, the most famous neg of all time.
Whisper: “You shouldn’t be drinking. You’re already not making any sense.”
“Wow that’s clever, did you make that up yourself?”
“Nice tan, is that a spray-on?”

Note that lots of these ‘negs’ are supposed to make a woman embarrassed about being fake. They suggest pointing out fake hair, hair dye, contact lenses etc. All together now: ew.

Confession: I’ve totally fallen for this one. The false time constraint is a classic move because it is intended to break your guard down. Apparently, women will be more receptive to speaking to someone who has delivered an FTC because if you don’t like him, you know he wont be sticking around very long, anyway.

Most suggest using some sort of FTC while you sit down at a girl’s table, thus making them less aware of the fact that you are physically invading their space. [I know… shivers]. At which point they proceed to initiating something called KINO.

Ugh. Kino is short for ‘kinesthetics’ and known in the PUA community for light non-sexual touching in order to subconsciously get you primed for later physical contact.  This is the one that bugs me the most. It basically advocates touching you from the moment they meet you so that you are thus more susceptible to sleeping with them later on in the evening. Signs he is initiating KINO include:

He touches your arm or shoulder from the moment he starts speaking to you, but never for longer than two seconds.
Pulling a loose thread or a hair off your sweater, or touching a watch or bracelet while commenting on it.
The good old ‘you have an eyelash’ move.
Touching your wrist at the bar when they talk to you.

[The obstacles in question? Your ladyfriends]

PUA’s have forums dedicated to getting around unimpressed girlfriends trying to save you from jumping on the wrong dick-wagon. Popular lines include the following.:

“Is she always this demanding? How do you guys put up with her?” [Usually delivered when an obstacle tries to relocate the group]
“You girls really need to get her out more to break her out of her shell.”
Grab her around the shoulder and say, “She’s totally like my little sister, so serious!”
“Does she have an off button?”
“How do you three roll with that one?” 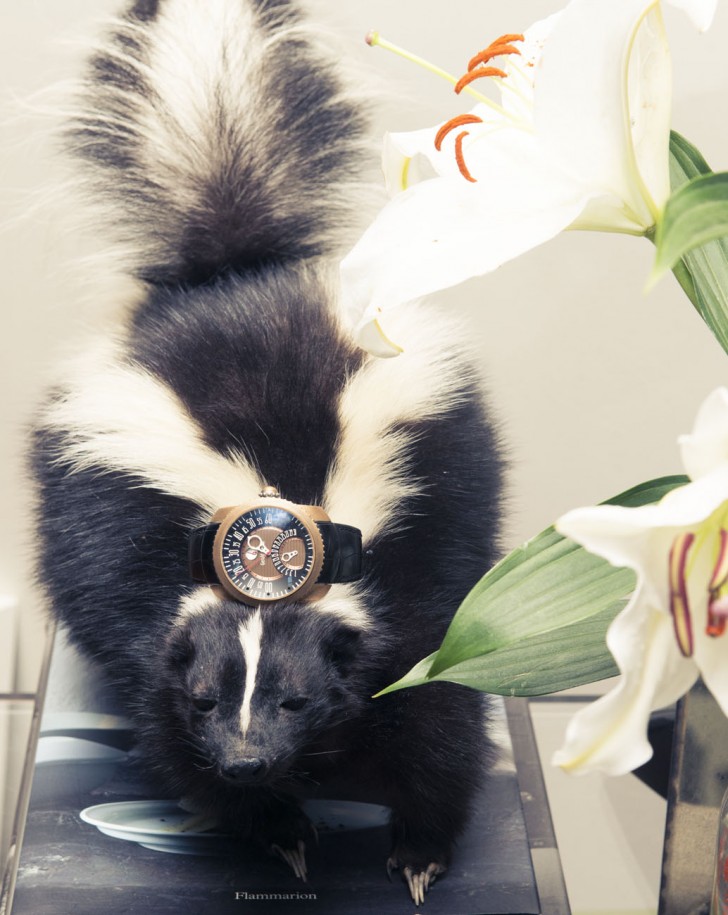 Responding to a PUA

If you think you are dealing with a PUA, and want to respond, you have a few options.

- If any of these things start happening to you, just grab him by the shirt, pull him an inch from your face and yell “YOU ARE GIVING ME BABY TONIGHT, YES?”

- Go into full Gollum mode: reply with “Are you my preciousssss?” to anything the PUA says.

- When he checks his phone, glare at him and calmly say: “If I catch you doing that again I will cut your head off and bolt it to the roof of my car. Christ. I thought you were a gentleman…”

- Call him out! If he starts dropping a line like “Oh, there’s a thread on your sleeve, let me get that…” reply with, “NICE KINO INITIATION! Bold!”

A PUA is actually trained to see any response as another topic to engage in you with. So frankly, the most effective way to counter blatant fuckboi behavior is to just say “No.” and turn away. If that doesn’t work, just pepper spray him in the mouth while he’s trying to neg you. Kidding.

Don’t let the fuckweasels get you down!

And definitely don’t let them get in your pants.