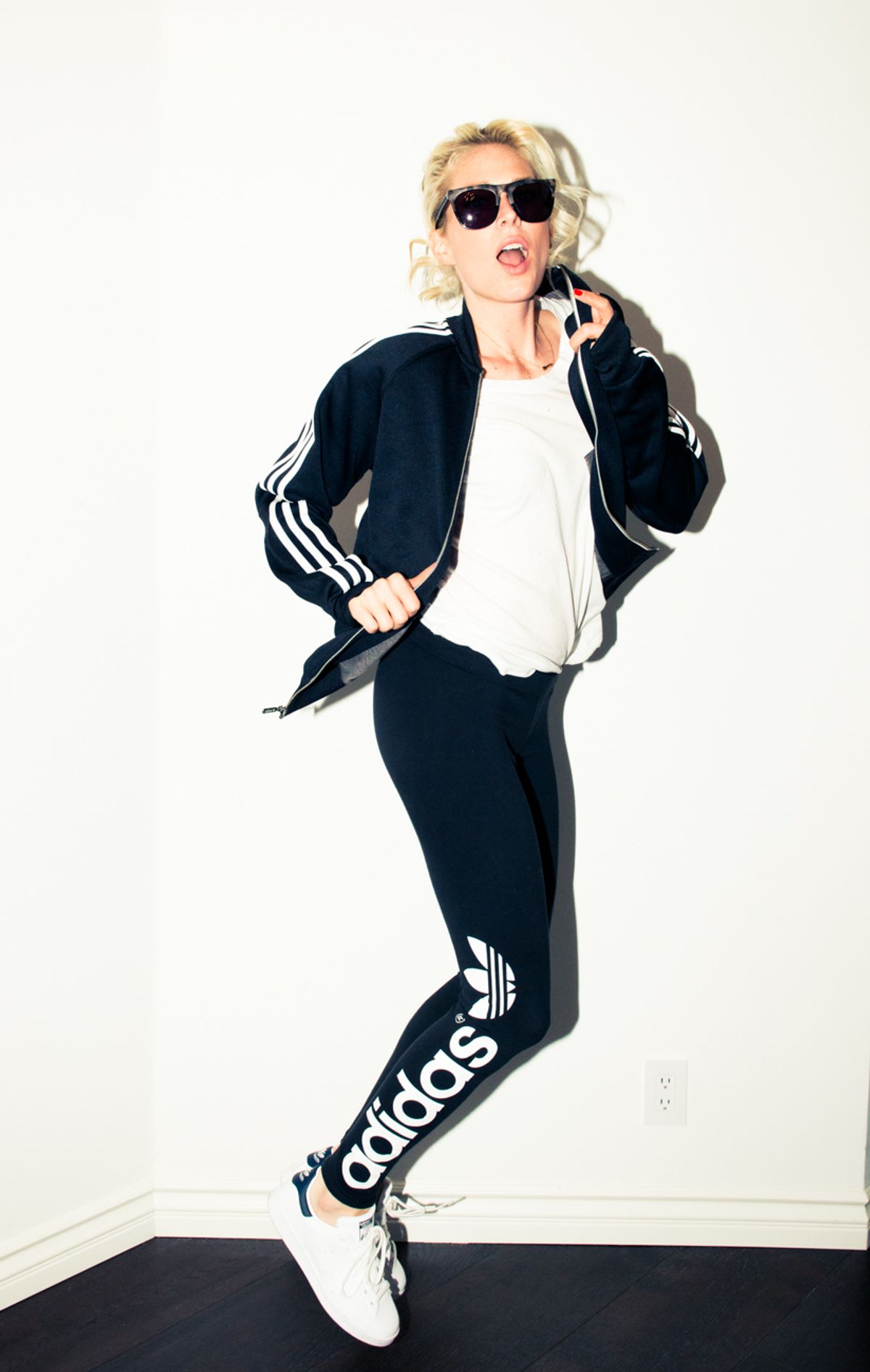 Meagan Wilson
Meagan Wilson
Our arrival at Erin Foster's went pretty much exactly how you'd expect, if you've spent as much time marathon-ing her absurdly hilarious Barely Famous (or her cameos in Candidly Nicole) as we have. Greeting us at the door, Foster welcomed us into her Beverly Hills townhouse with a forkful of salad in one hand, her iPhone, FaceTiming Nicole Richie, pink crop et al., in the other. Appropriate, no? Predictably, things only got even better from there. As we scoured her closet's fill of West Coast staples like Reformation minidresses and Redone denim, and got down to work. Foster was more than game to don a head-to-toe (!) black Adidas running suit, not unlike the Tenenbaums, for her first shot, before alternating between a red-and-white minidress and All American ripped denim and plaid shirt look for her last few portraits. Again, if you've somehow avoided viewings of her and sister Sara's show, Erin's good-humored nature might come as a surprise, but it's essentially (one of) the premise(s) of the whole show. The whole thing borrows—and in equal part, skewers—life in Hollywood and, at times, the surreality of growing up there. In fact, fans of the show will totally appreciate that upon our first browse of Foster's closet, we may have totally pulled out a gag souvenir in the form of an Hermès Firkin from Malaysia. What would Kate Hudson do? “I always leaned towards comedy, but didn’t realize until I was in my mid-twenties how to actually harness it and use it to my advantage. For most of my youth, it was just this side effect of my social awkwardness and I thought it was something I needed to grow out of," Foster explained to us. “My dad always said when something isn’t working, retreat and attack from a different direction. That’s how I became a writer." And good effing thing she did—we'll pretty well never see bananas (or James Franco) the same way again. Until Season 2 (it's coming!) that is...
Closet