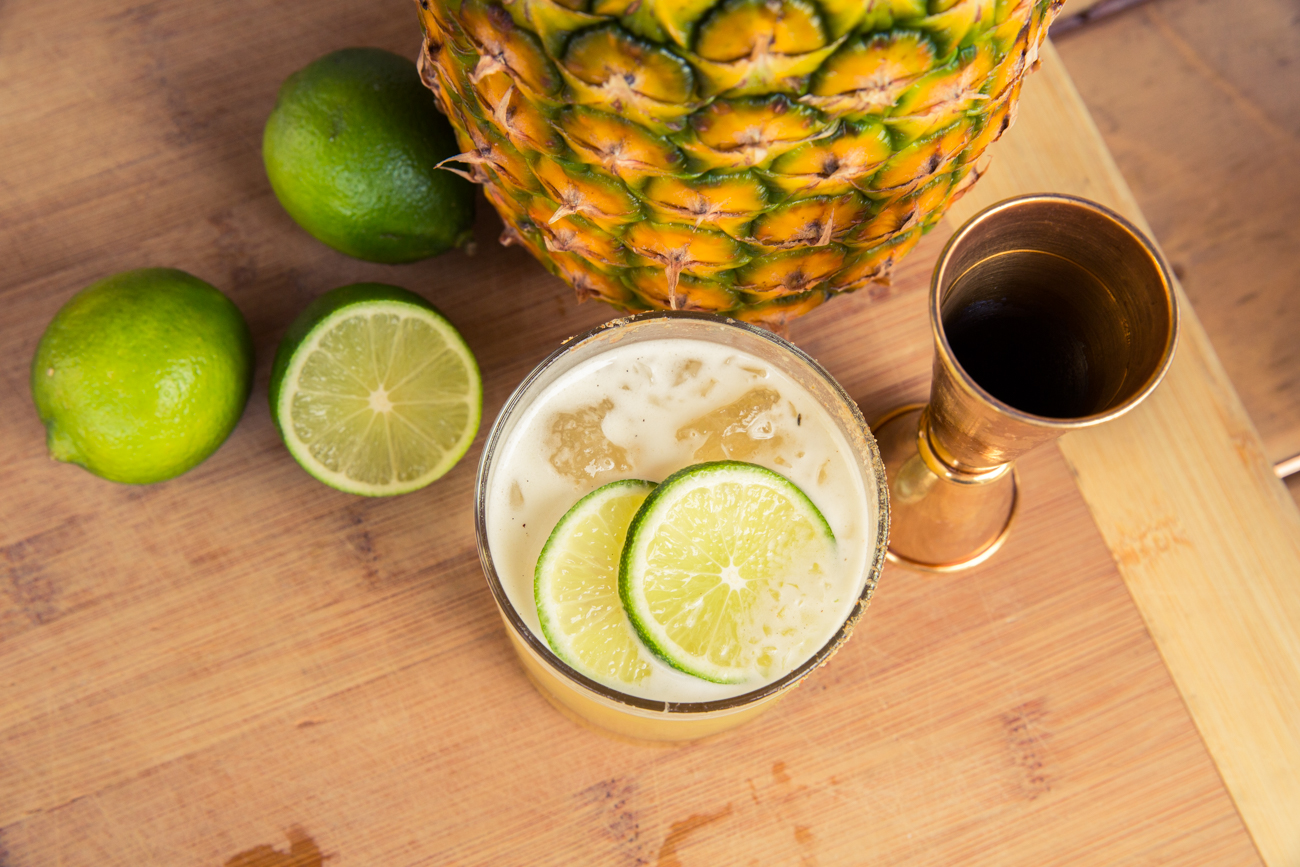 Day Drinking Recipe: After The Rain at Fat City Blues 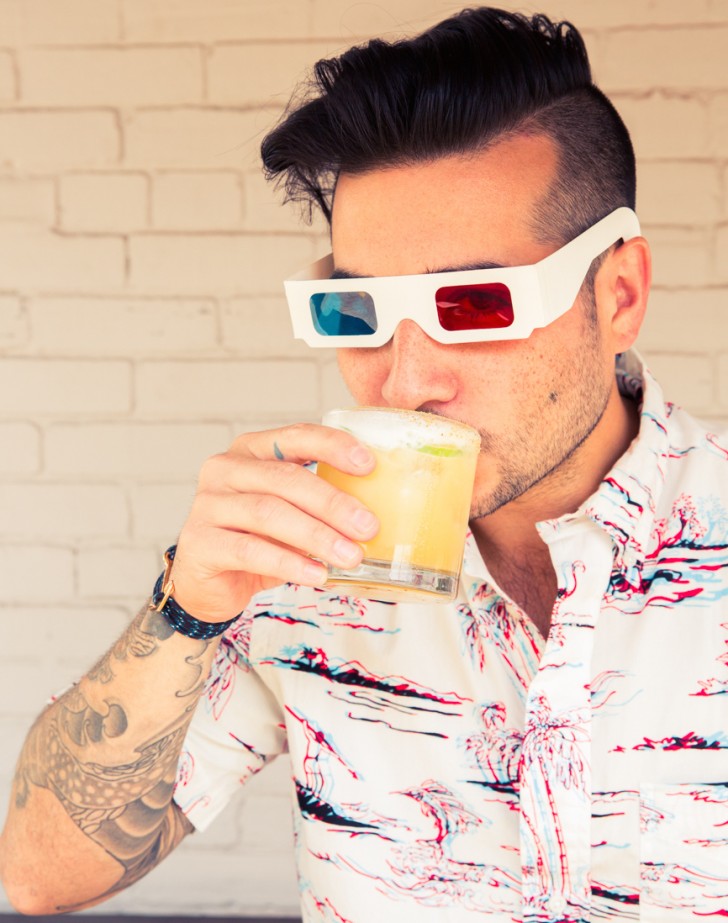 When it comes to drinking buddies, no one quite fits the lets-talk-life-over-tequila-and-po-boys criteria like Simon Ho of Fat City Blues. Hell, half of the city’s bartenders name Ho as their number one fellow-lush. Ho knows his liquor, hence the whole reason we had him whip up one of his specialties just for us (and you) to enjoy this week. Grab a pair of your best 3D sunglasses (you have those, right? Because, yeah, he’s a wearing 3D printed tee) and have one on us. 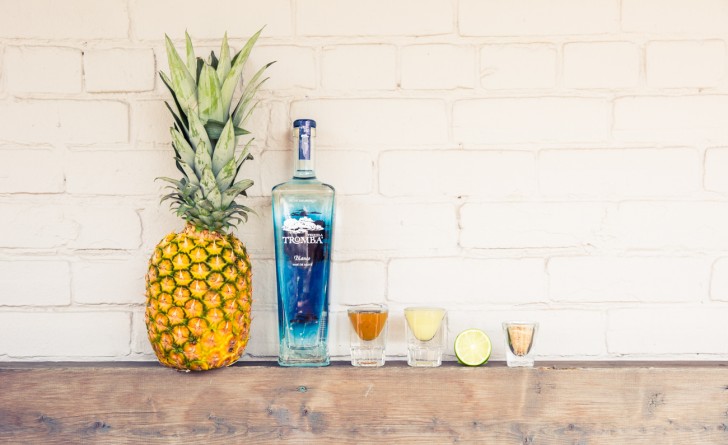 one > To make the pineapple puree, core pineapple and grill it. Throw into a blender and push through cheesecloth. Reduce with some sugar and habanera to make it sweet and spicy.
two > Rim class with half-and-half Cajun spice and salt.
three > Shake up the pineapple puree, lime juice and tequila with ice.
four > Garnish it with a couple lime wheels. 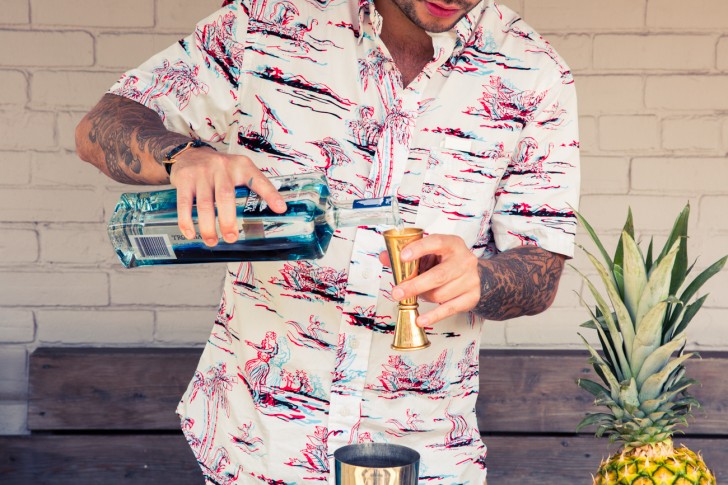 “Outkast. Or anything that falls under the Dungeon Family umbrella. Like that early-to-late 90’s Atlanta hip hop, kind of Southern, real funky kind of stuff.”

“I wasn’t around then. I don’t know many tricks. I’m like a, get-the-booze-in-the-cup-pretty-quick guy. I blow fire—I like doing that with booze, that’s fun. Does that count?” 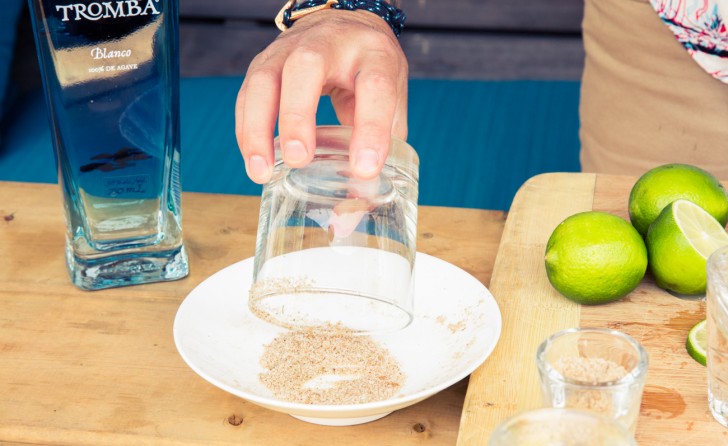 “Margaritas are pretty much my favorite thing to drink in the summer and during the day…and all the time.”

“Tequila. Hands down. Campari I really like for daytime and summer stuff.”

“That’s tough. I was with Mike Webster in New Orleans at a Tales of the Cocktail party and it was a Ramos Gin Fizz, but we milked a cow in front of the party to get the milk and then used that fresh cow milk to make that Ramos. That was pretty crazy. I think that’s definitely got to be it. We ended up with all of our clothes off in the World War II Museum at this big party taking a picture.”

“An Advil, an antacid, and a bottle of Pedialyte (something they give to babies who have diarrhea and it’s just electrolytes). I swear by it. Or more booze — the Caesar.” 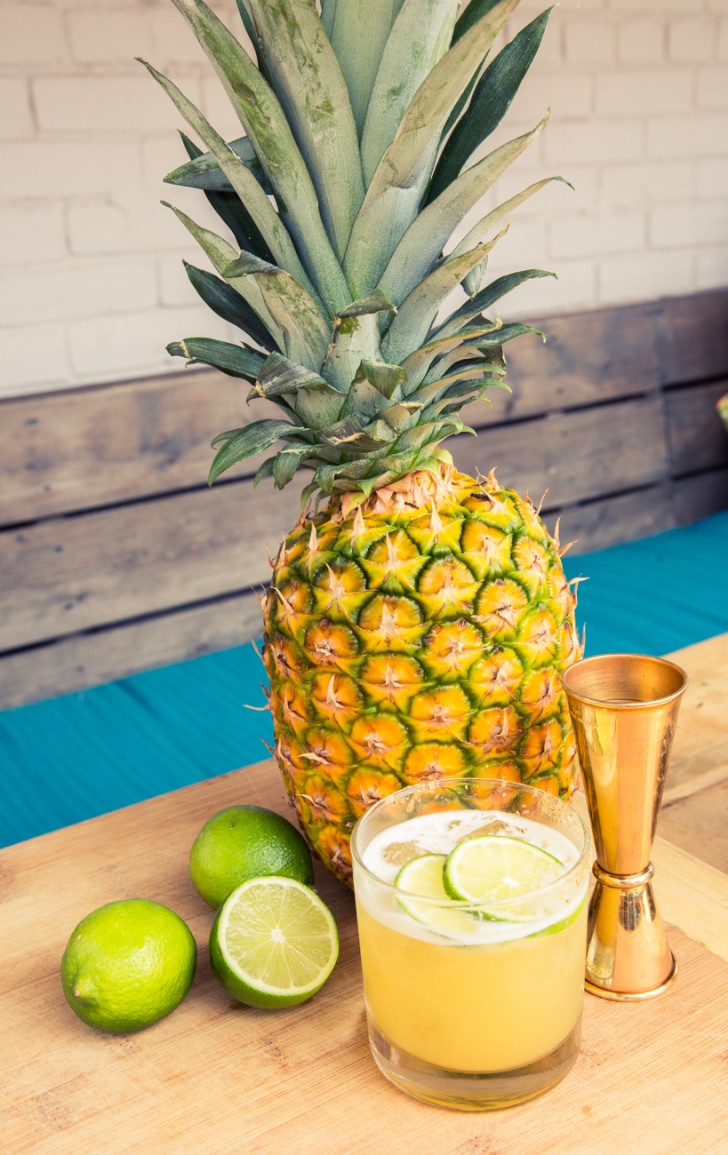 “It would really have to depend on the setting. I don’t know if I would pick just one. I’m a really social person, so I would pick several, lots of my friends, those would be my favorite people to drink with. I enjoy their company. I’m not really captivated by famous people or anything like that. I like the people I hang out with—my partners here, Gordon and all those guys at The Drake that I used to work with, my golf team, my buddies who I play golf with—that’s always a good day of day drinking. I’m a social butterfly, I need lots of people around.”