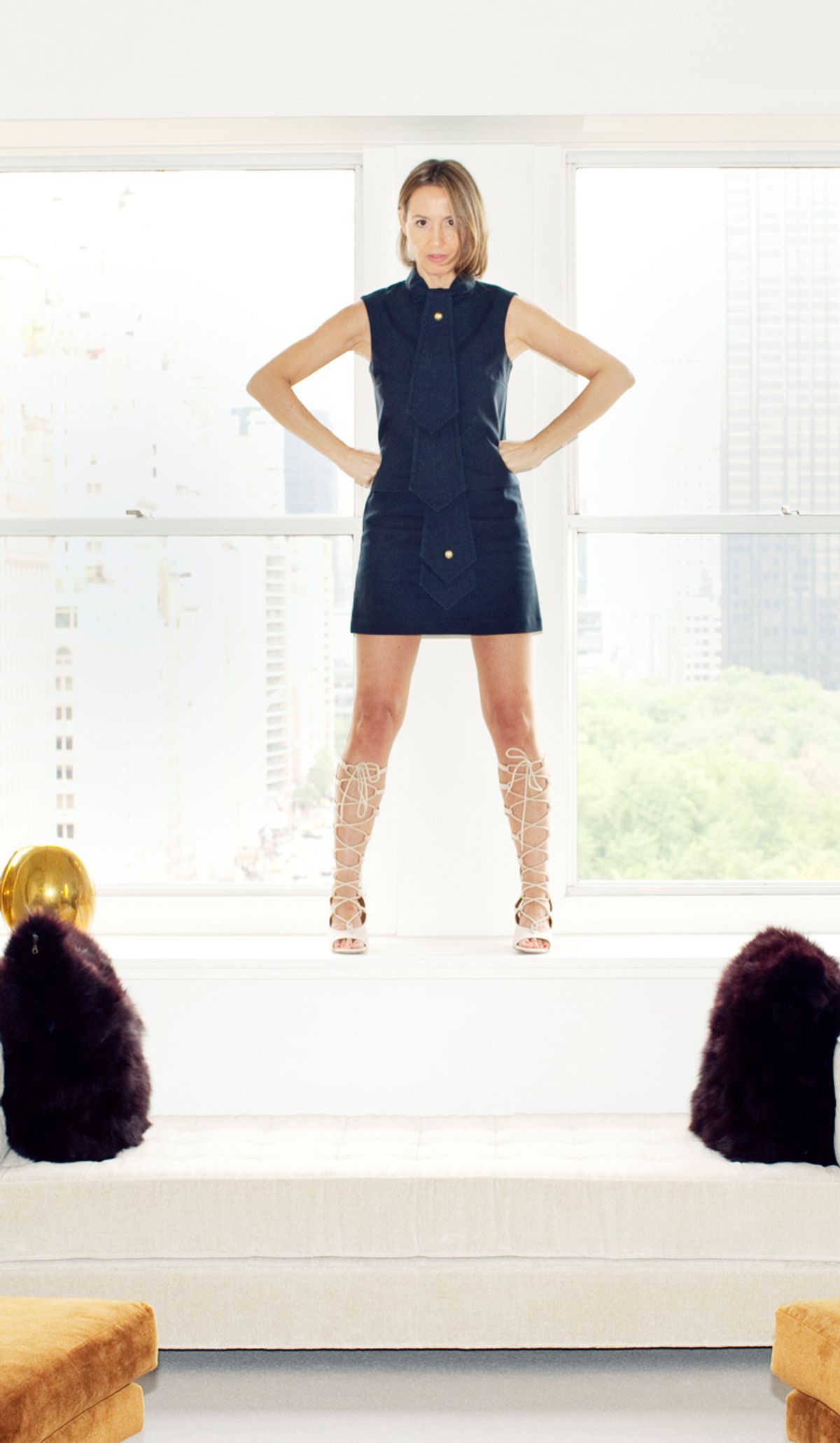 Noah Lehava
Ever since we’ve, well, existed, we’ve been dying to get ourselves down to the Southern hemisphere on this side of the Atlantic (we recently ticked off Australia and Indonesia across the ocean) to rummage through the galaxy-print Balmain minis, sheer, sweeping Valentino gowns and laser-cut Alaïas that we’re sure are so humbly tucked away in those closets. So, when we heard that Amalia Spinardi, ELLE Brasil-fashion-editor-turned-swimwear-designer and owner of such goodies, was visiting her New York apartment, we knew it was our chance to get a glimpse of what goes on down south. And let’s just say, guys, we weren’t disappointed. When we buzzed up to Spinardi’s Central Park-side apartment (BTW, the view was amazing), it was pretty apparent we were in for a sartorial treat. Take for example her selection of quirky minaudiéres, or her affinity towards Céline slip-ons. But it’s her personally designed collection, Jo de Mer, of bikinis and maillots — think witty epigrams and strategic cutouts— that had us all bug-eyed. It makes sense if you think about it; Brazilians (ahem, like Adriana Lima and Gisele Bundchen — of whom Spinardi just so happened to style for her first-ever cover shoot. NBD) know a thing or two about hanging beachside. “We pack at least two bikinis for each day of vacation. Twice the amount of bikinis for the number of days.” It’s that zenith of free spirited, laid back not-in-your-face-but-subtle sexiness that pretty much sums up Spinardi’s sense of style. Don’t believe us, take a look :point_down:
Closet