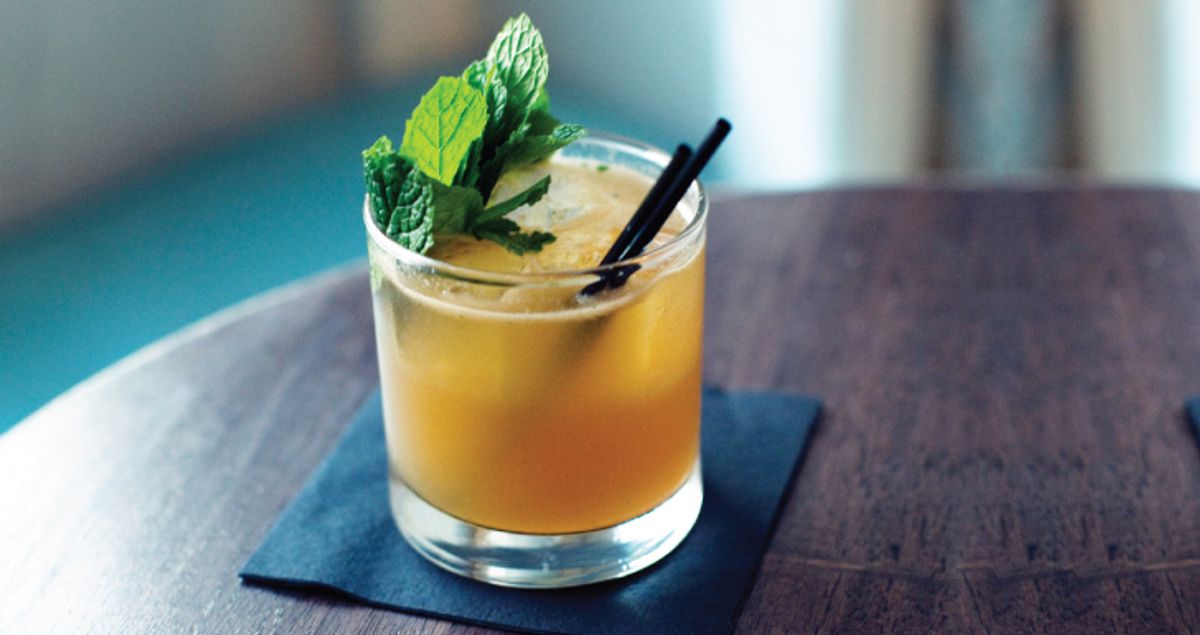 We don’t want to call it a mistake because, well, it’s not. But those cocktails, the ones that go down so easily you’d forget there's a single ounce of liquor in it, never mind absinth; you have three and before you know it you’re at an after-hours club asking the DJ to play “Feeling Myself” so you can be Bey to your new best friend’s Nikki. Next time, we swear we’ll drink just one and really savor it—although this new cocktail, courtesy the Lower East Side’s The Leadbelly, is most definitely testing our resolve. Then again, it’s likely called the Lost Weekend for a reason.

one > In a cocktail shaker, pour all liquid ingredients over ice and shake until ice-cold
two > Pour over ice into a tumbler and garnish with fresh mint leaves.

"It really depends on my mood as well as surroundings, but I'm never one to turn down the volume on any Stones record. One of my favorite drinking record of theirs is Exile on Main St."

"The Hippy Hippy Shake scene from Cocktail!  It's ridiculous and awesome. The tin bounce off the floor mat in that scene rules. I can't flare for the life of me. But how fun would coordinating flare with a friend behind the bar in some local corner bar be?"

"I am a lover of many spirits, but for the last year I have been on a pretty dedicated Tequila and Mezcal kick; specifically the majority of the Del Maguey Single Village Mezcal collection."

"Lately it's been Tommy's Margaritas or quite simply a shot of rested tequila and a Tecate."

"Probably my first properly crafted gin martini at a bar I used to work at in Nashville, TN called The Patterson House. It was a game changer for me."

"If you're in pretty bad shape I am a firm believer in the hair of the dog. Take what you drank the night before and it usually helps dig you out of your hangover grave. Or a solid michelada."

"It would be a bit of a time traveling experience, but post me up in a smokey greenroom with the Stones mid 1970s with a couple acoustics laying around and a bottle of cheap whiskey."