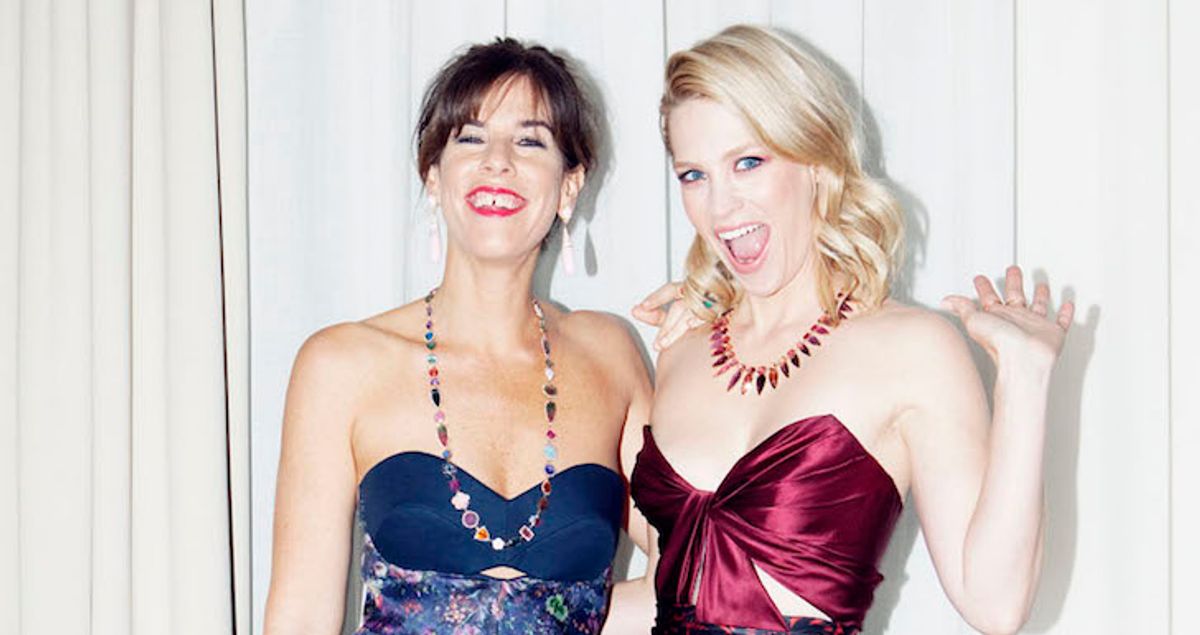 Getting ready for the 2015 CFDA Awards with the jewelry designer & actress. New York.

Consider the CFDA Awards as the Golden Globes to the Met Gala's Oscars—everyone's a little more relaxed, less fussy. It's more class reunion than prom, if you will. We mean, that and there's an actual award ceremony, to the Met's unveiling of their annual Costume Institute exhibit, but we digress.

While the new guard of designers essentially swept the whole damn thing (out with the old, in with The Row, Tabitha Simmons, Hood by Air, Mansur Gavriel and Rosie Assoulin!) and guest appearances by everyone from The Fat Jewish to Grimes and Dwayne Wade to keep us tapping 'refresh,' there was only one perspective from which we wanted to watch the whole night unfold: that of a nominee who also happened to sweep her respective category at last year's ceremony. You might know her better as Irene Neuwirth, Cov-alum and proverbial fine jewelry whisperer whose intensely fancy jewels (her price points often start quint-digits) are just the thing for a night with the fashion crowd's finest. Hence her win last year for Accessory Design. Nothing we love more than a full circle moment.

We'll admit: seeing the whole night go down through the eyes of Neuwirth's date, January Jones, wasn't bad either. We started things off at The Mercer Hotel, where Neuwirth, clad in a floral print gown and jewels of her own design (duh), primped and pre-gamed—tequila, soda and lime in hand—all before welcoming in Jones for those few final touches before heading off for the night, custom collaborative (decked out with Irene Neuwirth gems, because, what else?) Edie Parker clutch in manicured hand. This is how it's done, kids.

CFDA Awards
Part of the series: