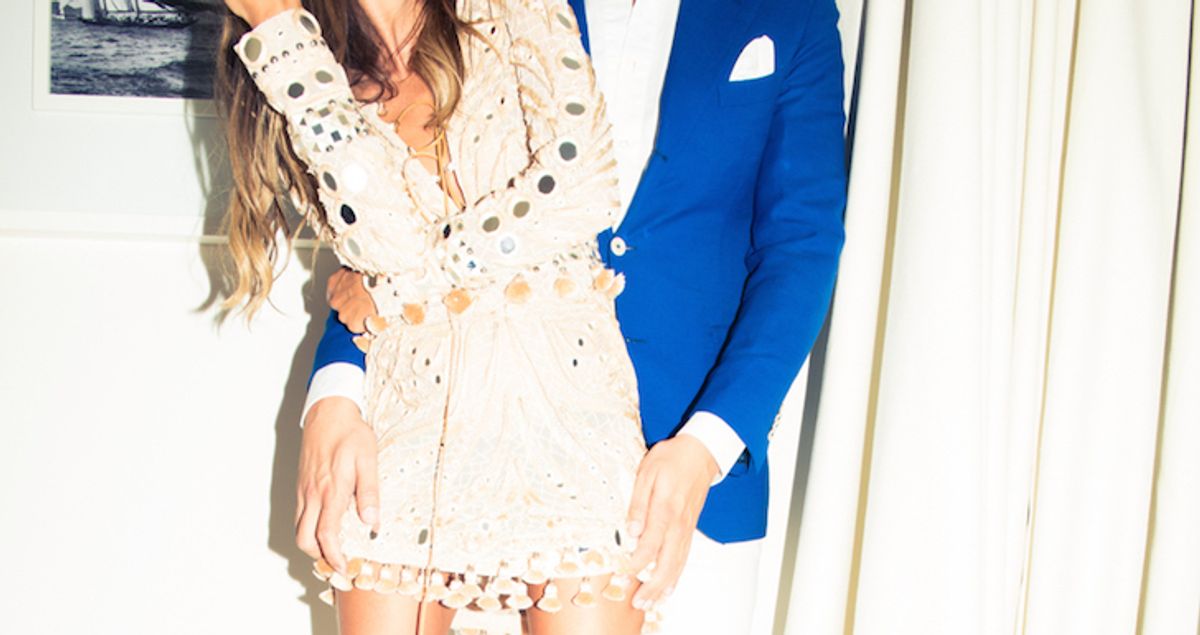 What To Expect from Your Honeymoon

Our resident sex columnist gets the dirty (or not so dirty) details from an IRL couple.

So. I’m currently chilling in South Africa like a motherfucking boss.

HOW, you ask? ‘You’re clearly a pretend-writer… How are you paying for this debauchery?’ Well friendsicles, LEMME TELL YA. My time working on Canada’s equivalent of Wall Street taught me how to use my money wisely. Which means that when I received my latest batch of student loan money in December, I knew exactly what to spend it on… and it didn’t involve textbooks. It was Africa time, bitches!

Anyway. This brings me to my present predicament.

I’m currently sitting in the middle of the Madi-Madi safari in the Western Cape, trying to edit a piece I’m working on about blow job classes (stay tuned, guys). But here’s my problem. I’m sitting less than ten feet away from two massive ostriches, who are roaming the land as if they own the place. On top of that, there is an insane little meerkat named Timone gnawing away at my leather boots. He will not leave me the fuck ALONE. Unlike the men of New York, this dude is straight up obsessed with me.

So you know what? I’m going to set aside the New York stuff for a moment. Because frankly, single Brooklyn boys have been less entertaining than usual this month. Plus, there is fun to be had here… and not just the meerkat kind.

Before you get too excited… no, I have NOT fucked a safari park-ranger. Which frankly, is super unfortunate. As my friend Gemma pointed out upon meeting one of our guides, “There is something extremely sexy about a game ranger cradling a wounded leopard.” And she is NOT wrong. The bottom line is, though… I’m not getting any ass here. BUT the other two guests are!

Meet newlyweds Chane and Jannie Wessels. They had this place all to themselves before I checked in, which means, yup, I totally crashed their honeymoon. #mybad

Luckily for me, they have been super cool about it. As we bonded in the main lodge over our mutual love of wine and domesticated meerkats, it occurred to me that these two were pretty good at this whole honeymooning thing. And because I have no idea what the fuck boundaries look like, I decided to ask them all about it. In detail.

While the Wessels’ aren’t honeymoon experts, travel planners or sex therapists, they did have a few words of advice to pass along. Herein, their dos and don’ts of honeymooning.

Brides to be—listen up! This one is for you.

Okay, so let’s just get right in there, as they say. Did you get to have sex on your actual wedding night? Because I hear that no one really pulls that off.

CHANE: “Definitely not. We enjoyed every last minute of the wedding, but when it was finally over, I literally got my dress off, it fell on the floor, and went to bed.”

JANNIE: “We had morning sex though! Make sure you put that in there…”

DO expect to be sick of people after the wedding

Except for the random Canadian backpackers…

CHANE: “Hah yes, except for those! We are both really social people, but honestly, after all the excitement and socializing at the wedding, we really just wanted to get away. We weren’t going to party in Cape Town or anything, we just wanted somewhere quiet where we could be alone, just for a bit.”

So is that your very polite way of saying you guys just wanted to get the fuck away from everyone?

Tell me about the honeymoon sex. Is this safari inspiring any new moves in the bedroom? Are you guys getting down Ostrich-Style?

CHANE: [laughs] “You are horrible! Honestly, we held out before the wedding, so we didn’t need much inspiration. It had been a couple of months….”

Wait, WHAT? Held out meaning… no sex?

JANNIE: “Yeah… that was her idea.”

You guys are killing me! I mean, I’ve been in a sex drought recently too… but it hasn’t been fucking VOLUNTARY. You’re going to need to explain this one to me. I don’t get you people.

That’s interesting actually. Would you recommend it to other couples? Is that a do or a don’t?

CHANE: “Definitely a do. It was hard, but worth it.”

JANNIE: [he looks at his wife, looks at me, takes a sip of his beer.] “No comment on that one.”

Any final words of honeymooner advice?

CHANE: “Don’t try and make your honeymoon like something that you see in the movies—just do something that’s personal and works for your life, your relationship. You don’t need to be extravagant.”

It’s so funny that you say that because, I actually do feel like I’m in the middle of a fucking movie right now. Did you like not see the zebras gallivanting into the sunset?

CHANE: [laughs] We’re locals! That’s kind of normal to us.

DO: Check out South Africa

It is fucking breathtaking.