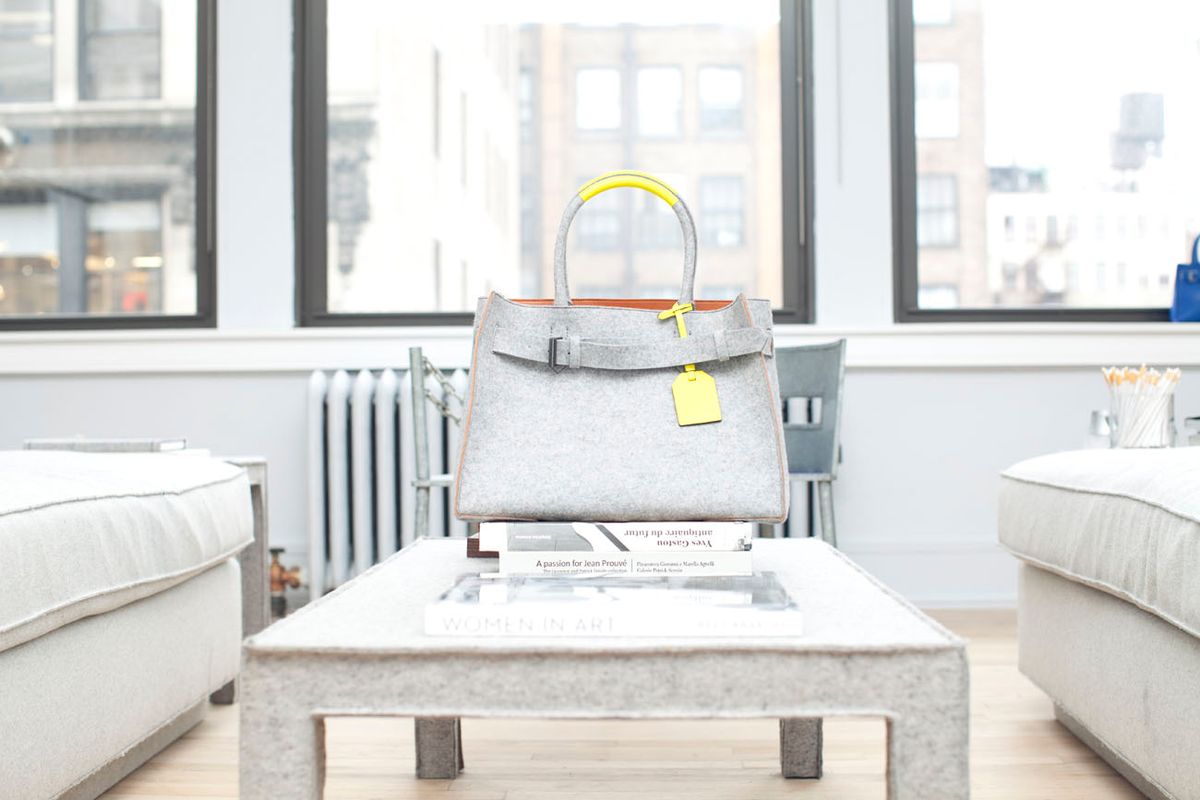 Emily Ramshaw
Welcome to Desksides, The Coveteur series in which we sit down with leaders in various creative fields and figure out how they got there. We guess we could've also named this, "how the hell do I get your cool job," accompanied with a "help me I'm poor" GIF from Bridesmaids, but then realized going the mononymous route was a little more succinct.

When it comes to fashion bosses, there are very few who can compare to Reed Krakoff: the phrase “league of his own” really does apply here. And while we knew the general trajectory of his career—from illustrator to designer at Ralph Lauren, to Tommy Hilfiger creative director, to Coach creative director and president (he made the company the $4 billion behemoth it is today), to founder and designer of his own brand, not to mention the photography and industrial design he does on the side—we decided it was high time for a sit down. You know, to get the deets as to how he essentially became the reigning expert on major American brands and then completely switched gears for a high fashion ready to wear label of his own. On the eve of his latest store opening in Soho, Krakoff talked to us about thinking of brands as people, finding inspiration in the work and how to deal with creative blocks.
ON THE VALUE OF INTERNSHIPS:
“My first job was as an unpaid intern at Anne Klein and I was working under Narcisso Rodriguez. I was still at Parsons. I was studying at Parsons and I was working part time and interning and just doing whatever they wanted me to do. I was picking up dry cleaning, sketching sometimes, I was helping with the shows and with anything that people needed—I was a gopher of sorts. It was great to be around so many talented people; it kind of gave me a sense of what it was like to work for another designer and see what the industry was like. [Rodriguez] was an amazingly talented person.

I am a big believer in internships. I think that it’s a great opportunity to get some experience, to learn what it really is to work in fashion. I always recommend it to any young designer I come into contact with. It’s one thing to study it or talk about it, or have a friend who works in fashion, but it’s a great thing to just be there and experience and see what kind of jobs are out there. You don’t know until you experience it.

It was something that helped me understand kind of what I liked about in terms of bigger companies, smaller companies, what I wanted to work in design or merchandising or development. It kind of crystallized my thought of what was exciting to me and design was definitely what I thought I wanted to do.”
ON TAKING YOUR FIRST JOB AS A LEARNING EXPERIENCE:
"When I finished Parsons and I finished my internship I started at Ralph three weeks after. I started as an illustrator. They had at the time—I think they still do—a whole department who illustrated the collection for presentations. I really wanted to work in design and there weren’t any openings there. They liked me enough to say we will give you a position in the company until something opens up. I was probably not the greatest illustrator, but it was great experience. It led me to a position in women’s design, which is what I really wanted.

I loved the culture there and I loved the aesthetic; it was something I really related to and it was an amazing group of people. I have to say, I really learned so much about how a brand builds and how a brand fits into different categories. Back then Ralph was in many different categories, but not like today. It was a really personal family environment—everyone kind of knew each other. It was a really exciting time to be there, I felt really lucky to be able to be part of that. Even though I was an assistant designer in womenswear."
ON THE EVOLUTION OF THE CREATIVE DIRECTOR:
"I went to Tommy [Hilfiger] in ‘92. And it was kind of a small company—like less than 100 million in sales. It was a time when Tom Ford had gone to Gucci and this idea of the creative director came about—today it's sort of commonplace but it didn’t exist back then. The idea of someone being involved in advertising and design and retail and brand imagery all under one creative group had begun and that was when I really started to branch out into other areas of the business. It was really kind of an organic thing. It really didn’t exist as a job until my second year at Tommy. He had never had a creative director before and I had done a bunch of these things like styling pictures for photo shoots and running the design department and getting involved in all these different areas. It was really casual and organic and it was a great opportunity—being at the right place at the right time. [Tommy] was super supportive and allowed me to do all kinds of things and really brought me into being someone who could function as that role: chief creative officer, head of creative for a big company.

What’s funny is there were no one, say, 15 years ago, 18 years ago. Then [creative directors] were everywhere. Everywhere you went, it was a young designer coming in to rebrand an old brand or consolidate all the creative under one person in newer brands. It was the way of running a business and usually it was partnered with a business partner, which I had at Coach: I had an amazing partner in Lew Frankfort. That was the model for many years. I think it’s changing again. It's becoming more compartmentalized: if you look around, you don’t see that many creative directors—people who are really responsible for the retail aspect, merchandising, advertising and design. It’s more people who are head of design. I think it's evolved away form that.

For me I always find it’s easier to consolidate so each idea can flow into the next. When I'm working on a retail store concept, I'm thinking about the assortment and the marketing piece and the imagery and what kind of things we're doing online. For me it’s easier because I grew up this way and I've being doing it for 20 years. I don’t think it always works, because you need all the experience in those areas to make it work. It’s different to just hire an agency in PR, and to hire an agency in marketing and hire an agency to design the store. It’s not really the same: then you probably have too many points of view and have too many different people who want to do their own thing. At Coach, it was easier to have everything under one person, because the nature of having five people—if you have a head of marketing, head of architecture, head of merchandising, head of design—regardless of how hard you try, they all want to do different things. And that kind of represents how they feel about the brand, something’s that’s their take on it, and then you have to navigate all those different people, their personalities, what they want to do, what they don’t want to do. And, in addition to that, each one has their own budget, so you know, everyone wants to maximize what their doing. It’s a bit easier when there’s one budget under ‘creative’ and you can spend the money in the way you feel is best. When it’s under one person, easy. When it’s under five people, not so easy."
ON THE ENDURANCE THAT GOES INTO NURTURING A BRAND:
"What I've learned is that it takes longer than you think. When I got there, the first thing was I had to think about was what could it be? What could Coach be? What was believable? I think that’s always the hardest thing to do. So the first thing I did was to explore a lot of those ideas: creating a lot of new ideas, new collection ideas, new marketing, new campaigns, new store concept. It’s never right the first time so I was fortunate enough that I had some time. That’s a big challenge: a lot of times, investors don’t have the patience that it takes for the creative side to find the right solution. It’s never a straight line. You have to bail a couple times and try a couple things and see how it feels. It’s really a dialogue with the consumer, with the industry, with magazines and the editors. You need to get into it with everyone, and the best solutions and brands are constantly evolving and challenging what they’re doing."

ON WHAT HE CHANGED FIRST WHEN HE ARRIVED AT COACH:
"I knew the first thing was to start trying different things: some things were too contemporary, some were too edgy, some were too traditional. We had some funny experiences... We renovated one store and we talked to a bunch of customers after and they didn’t even realize we had changed it. We had thought, 'Oh my god, we've created this amazing store,' and then we just barely registered with people. It’s a lot of exploration and you need the confidence from your team and your investors, and you need some time to figure things out. I worked on the new branding concept, I worked on a new logo.