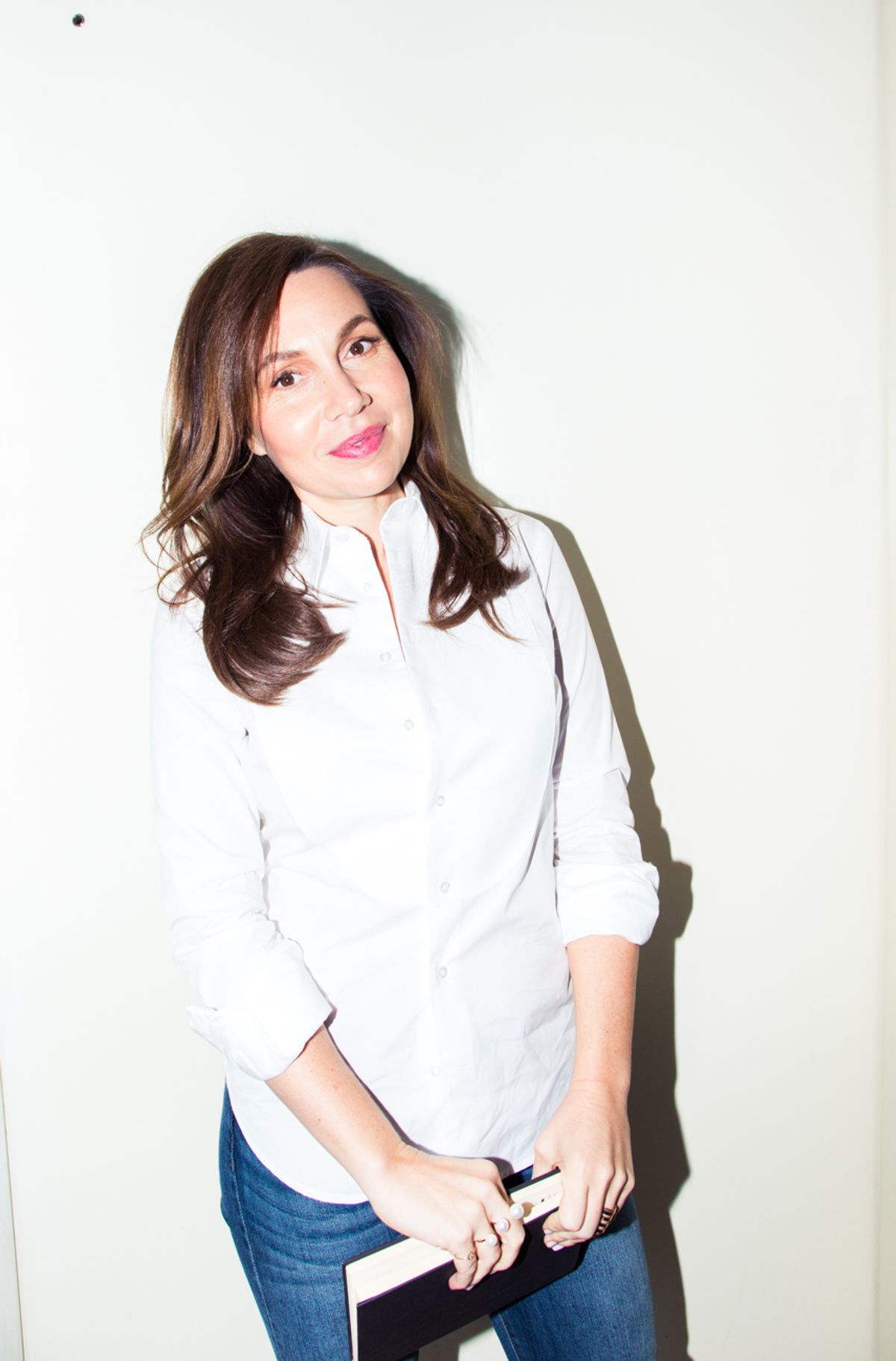 Meagan Wilson
Renée Rodenkirchen
Meagan Wilson
Would you be shocked if we told you that it's ('it' being this very website you're browsing while probably pointedly avoiding your inbox) not always about having the presence of Phoebe Philo's archives in your walk-in? Despite what you might think (we like our collectors to be thorough, is all), it's not always about the sheer volume of labels lining one's wardrobe; it's ultimately the stories and experiences behind the garment (or shoe, or bag... we're not too picky) that really draw us in. Example A: Fabiola Beracasa. While it doesn't exactly hurt that her anecdotes are usually accompanied by vintage Versace minidresses and Proenza pantsuits; it's really about the sentiment behind them, which she spilled several of during our recent shoot at her West Village penthouse. Periodically checking in between hair and makeup, she shared the stories behind everything from the sheer insanity of attempting to get a Dolce & Gabbana Alta Moda gown in a wooden crate to Croatia for her wedding (a Givenchy couture gown made by BFF Riccardo Tisci was worn for the main event) to how she simply had to have two pairs of velvet lemon yellow Dior (circa John Galliano, FYI) sandals. If the shots of her wardrobe didn't quite tip you off (BTW, those snaps represent less than 1/3 of her actual closet real estate. Just saying.), Beracasa also has a serious thing for organization—we're pretty sure her check-ins were also to ensure we weren't mixing up the precise placement of her Tabitha Simmons and Nicholas Kirkwoods. On an equally obvious tip (she's Creative Director of The Hole gallery on Bowery), her collection of art is boss, too, with pieces by names like Matthew Stone, Genesis P-Orridge, Rob Pruitt and Aurel Schmidt littering the walls of her place, which prompted us to ask only one thing: how have we not visited sooner?
Closet