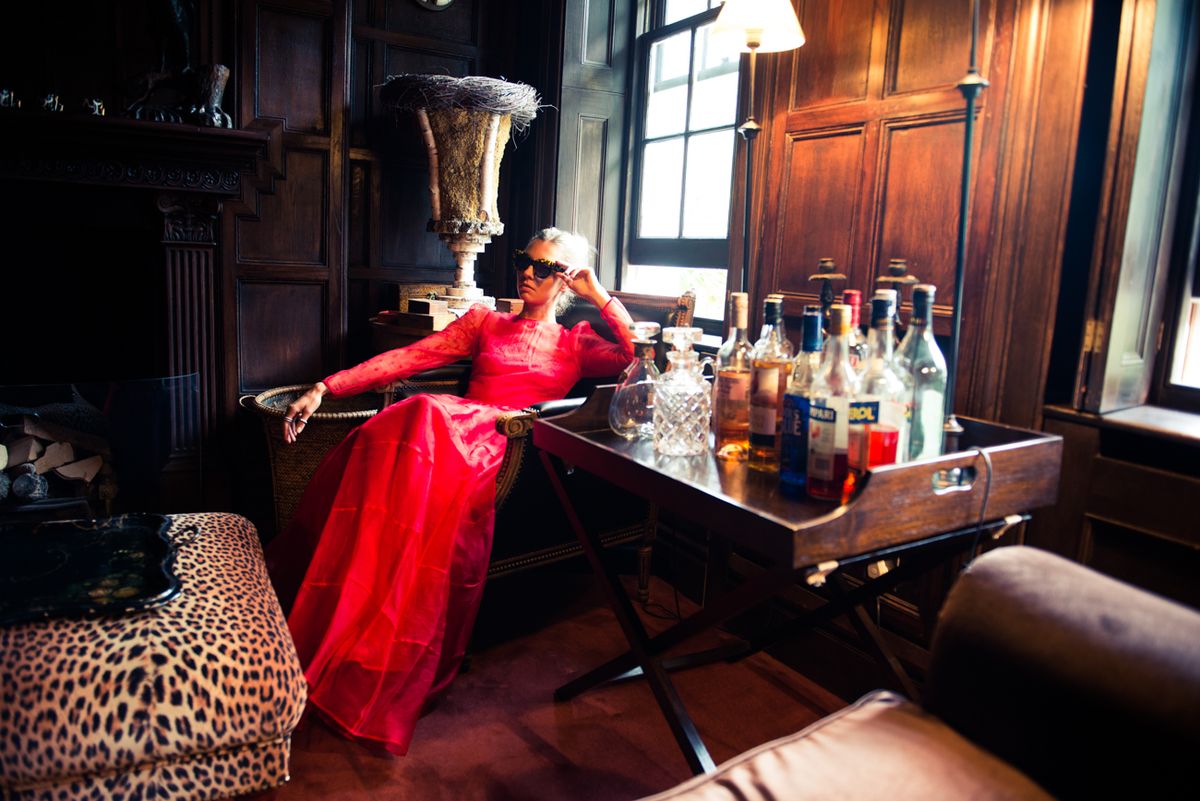 5 Outfits for Every Holiday Occasion

Consider this your sartorial preparation guide.

Nikki St. George-Hyslop
We can’t be the only ones a little skeptical of calling the jam-packed two weeks that bookend every year “Christmas vacation.” Seems a little oxymoronic, doesn’t it?

If only the holidays were all flannel PJs and ice-skating and Apple-ad warm and fuzzies. Ours? Try fourteen days of ditched cars in snowstorms, tiny-cousin temper tantrums, last-minute mall chaos, glitter forever embedded under your nails, running into everyone you ever dated, wet aunt kisses and more ‘Jingle Bell Rock’ than you ever needed to hear.

And you wouldn’t have it any other way, right?

No matter how chaotic your festivus (or whatever celebration you have in store this holiday), as we always say—there’s an outfit for that.

Buy Now
Buy Now
Buy Now
Buy Now
If there’s one thing you can count on every year, it’s that misshapen, pillow-sized package smelling faintly of mothballs found under the tree, adorned with sweet little note in Nana’s handwriting. You know it’s taken her months to knit and it’s the thought that counts, but did she really have to go for the burnt orange and maroon combo? Rein in the high school art teacher look by coming prepared—think a leather mini, graphic go-go boots and an embellished collar necklace that makes the sweater look maybe/even/somewhat Lanvin. If you squint. And are colorblind.

Buy Now
Buy Now
Buy Now
Buy Now
In early December, you thought you had your party-dress lineup on lock—seven invites and nary a repeat offender. Fast-forward a couple weeks and 53 sequin-flecked tagged photos and you’ve completely forgotten about that late-in-the-game soirée… tonight. Forgo the frantic Googling (“three-hour shipping?!”) and get a little extra mileage out of that J. Mendel by adding chameleonic accessories—a thigh-skimming men’s blazer, statement shoes and an eyes-up-here tiara headband: you’ve got a brand-new outfit before you can say Who What Re-Wear.

Buy Now
Buy Now
Buy Now
Buy Now
So there you are, a wailing infant in one arm and virgin eggnog in the other, silently cursing the relative who decided to stick your name in front of a Fisher Price chair for the twenty-somethingth year in a row. You see ‘mature, mildly Internet-famous young adult;’ they see ‘built-in babysitter.’ Before you take out your newfound Grinchiness on your (paper) plate with your (dull plastic) knife, consider it an opportunity to throw it back in their faces embrace your inner kid-at-Christmas with all those novelty pieces that would normally elicit serious side-eye (ageism!). Think picture-book velveteen flats, a Moschino Barbie tee and the Charlotte Olympia taco clutch our flask candy cane-filled handbag dreams were made of.

Buy Now
Buy Now
Buy Now
Buy Now
As a fur-robed Cameron Diaz preached on SNL last month, the joys of being a Back-Home Baller are limitless (read: a fridge stocked with more than just coconut water and unwashable denim!). But the joys of being a Hometown Expat? Not so much. Is it just you or is the entire town overrun with friends-of-friends and former flings? When you’re just not in the mood to recite a SparkNotes version of the last eight years to your mom’s coworker’s neighbor’s new wife in the Starbucks queue, go incognito in mirrored sunglasses, a wide-brim Maison Michel hat and a blanket cape that leaves, well, everything to the imagination.

Buy Now
Buy Now
Buy Now
Buy Now
So your significant other is one crafty negotiator and decided to spring spending NYE with his high school friends when you were at your most vulnerable (aka 92% asleep). Now you’re locked into a formal affair full of strangers and champagne—a precarious combo if you’ve ever seen one. In an effort to make the small talk (and bubbly) flow as smoothly as possible, you opt out of the standard sequins in favor of a wearable conversation piece—a voluminous feathery frock, kaleidoscopic embellishments or a fur-hemmed shift à la twinkle-light-tangled Cara Delevingne in her Topshop campaign. Now if only you had her otherworldly perfection to go along with it.