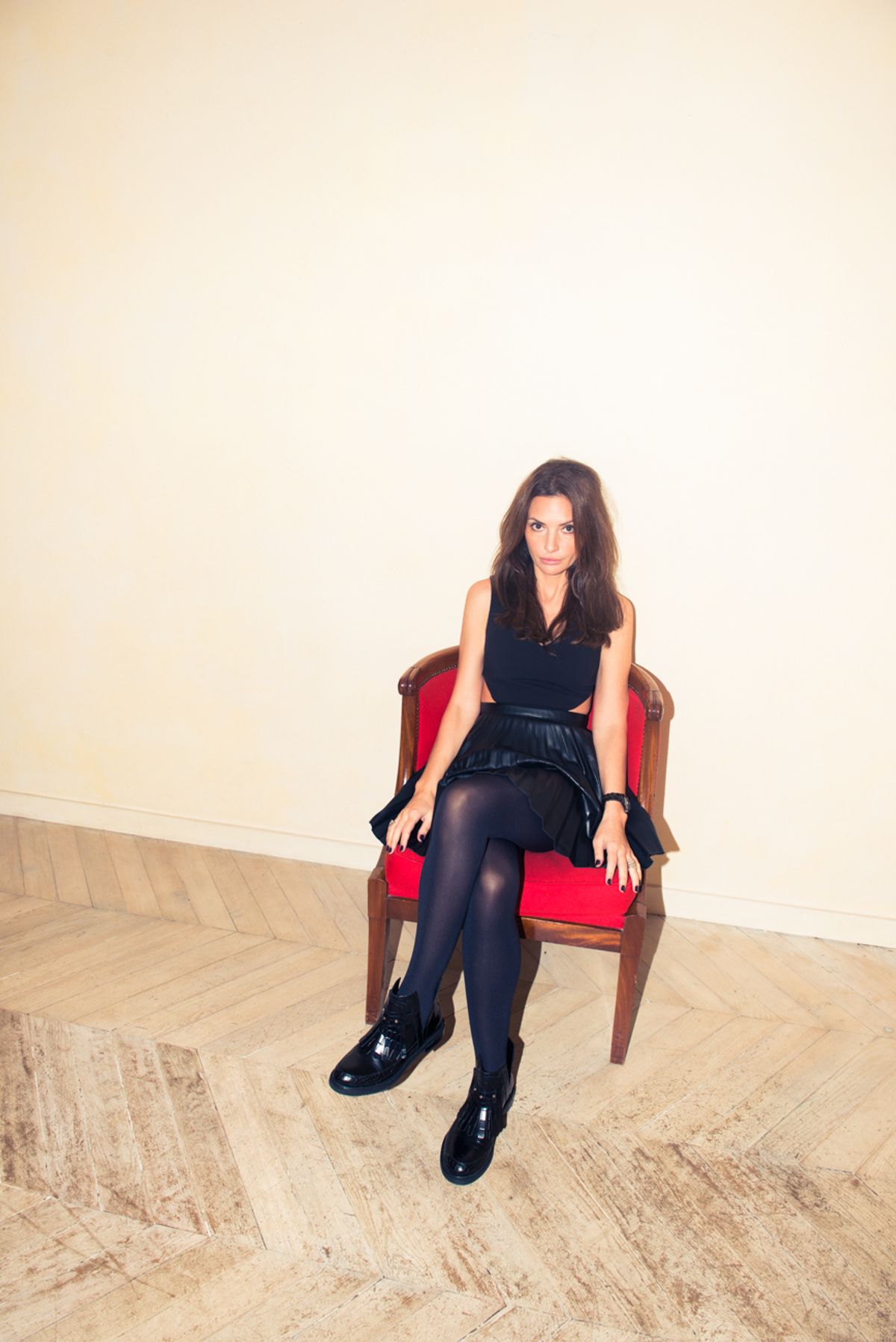 Meagan Wilson
If the totally incomprehensible colloquialisms fuelled by the lightning-like pace of Instagram and Vine has you feeling like members of the senior set, you're not alone. We mean, did we really need another synonym for "on point" (that would be fleek... or at least we're pretty sure that's what that means)? But with all of the euphemisms making the rounds, we find it a little odd that there's no designation for the girl who's seemingly so perfect, you'd have to resent her... if only she wasn't so damn nice. It's not the old girl-on-girl hate cliché come to life, but more of an admiration society thing... we swear. And no, "girl crush" doesn't quite cut it (that phrase kind of makes us cringe, anyway). You'll see what we mean when we introduce you to Alessandra Lanvin. For starters, Alessandra's the founder and designer of Aperlaï Paris (let us put that into context for you: free shoes) who just so happens to be married to a descendant of Jeanne Lanvin. Oh, and she has Disney princess-shiny hair. And the kind of willowy, classically Parisian features that serve to remind us exactly how not French we are. So it kind of goes without saying that when she rattled out her list of wardrobe and beauty must-haves with dizzying precision and unshakable self-assurance, we listened. And for the record, "Every woman should have a Loro Piana oversized men's cashmere pullover, a Balmain smoking jacket, a pair of leather pants (I like Stouls) and a pair of Aperlaï Gatsbys." And this pronouncement all while slipping into a killer Proenza tee-Stella McCartney mini combo. And yes, Lanvin has a prodigious collection of classic Hermès and CHANEL, but her closet was also well-stocked with a slew of fellow up-and-coming designers—including some labels from all over the globe (Australia to Korea) that admittedly threw us for a loop. As always, there were ample anecdotes behind Lanvin's pieces, too. Case in point? The insane gown from Lie Sang Bong, worn "on the set of the Boutique 7 campaign shoot. In the shoot I was surrounded by 12 men and I was holding a Rottweiler. Very fun.” Somehow, we believe her.
Closet