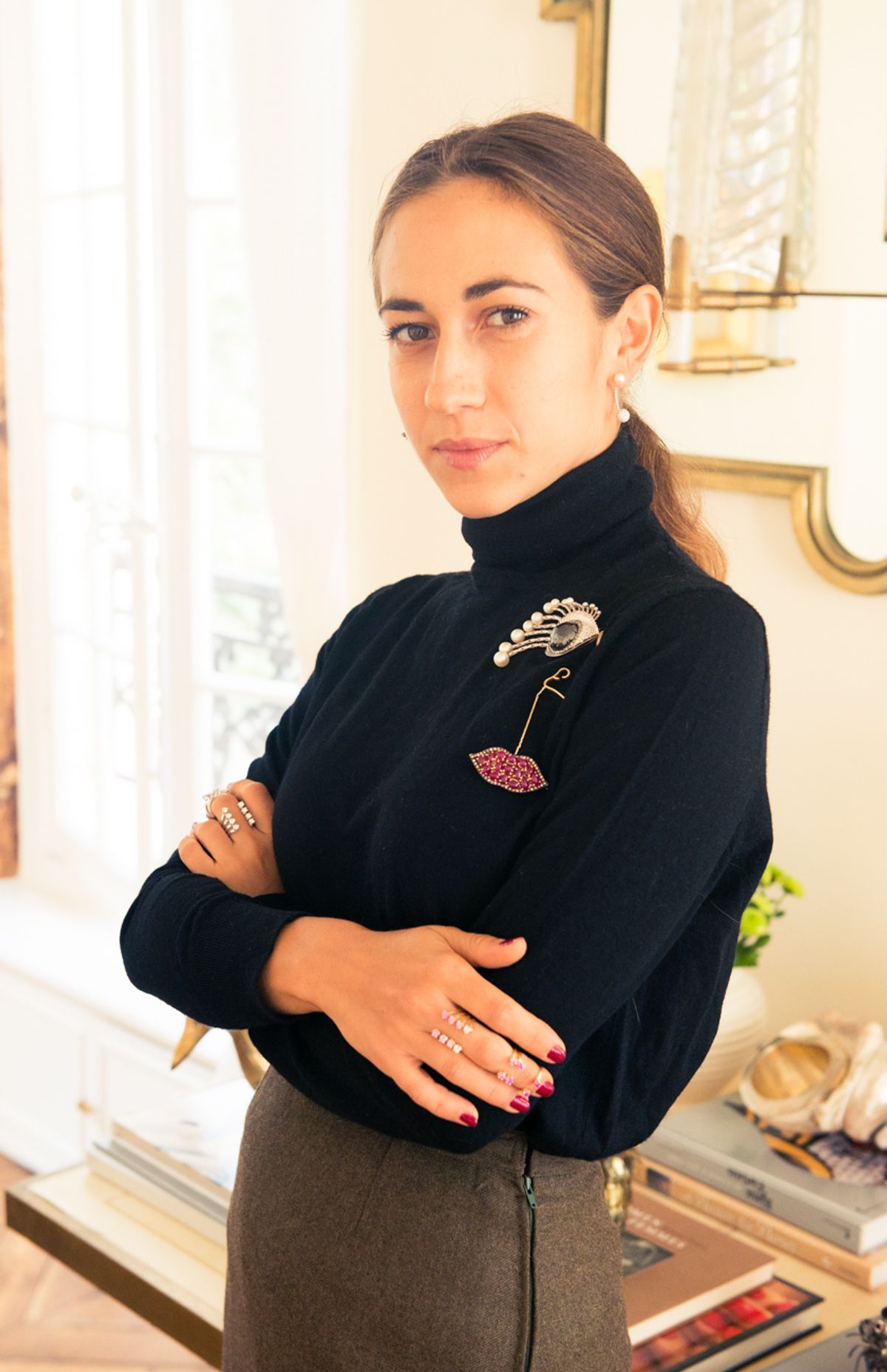 Katie Boyle
Despite all of the rhetoric around the importance of investment dressing (we're guilty, too), bags and shoes are typically the first thing we'll seek out in a sale—and throw down considerable coinage on. But as of late, we're seriously considering changing our tune. After all, given the price points, usual sentimentality and potential for passing down to future (potentially robotic, because, uh, science) generations, shouldn't we be eagerly waiting for UPS deliveries from our favorite retail haunts for jewelry instead? Somehow, all those precious metals and jewels sometimes get lost in the shuffle. Luckily, Delfina Delettrez has plans to change all of that. Okay, so that may be a tad movie trailer dramatic. But we'll happily point to the likes of Delettrez when it comes to who's responsible for reinvigorating our love of fine jewelry. When we met the designer during Paris fashion week, the scene resembled more of a playground than a photoshoot. It kind of goes without saying that there was plenty of pretty, slightly surrealist bijoux on deck, each embellished with Delettrez's signature touches. She even walked us through her latest range, which zeroes in on classic pieces with small, subversive Delettrez tweaks. Specifically? The engagement ring. "The rings look like an evolution of an engagement ring. I thought that by covering up the whole finger and wearing four diamonds instead of one, it would be like you were getting engaged more than once!" We'll take it. Somehow, though, bling wasn't the only thing on our mind (it rhymes, guys). Turns out Delettrez has a serious thing for New Age-y beauty crazes. As the designer rattled off the things she can't live without, we were surprised to learn they included "snail gel face cream from the Dominican Republic, raw crystal quartz that I put in my drinking water to purify and strengthen it, transcendental meditation twice a day," and left our shoot seriously contemplating the benefits of snail goo and dunking crystals in our drinking water. Okay, fine, so it's a little more nuanced than that. But if it gets us so much as one ounce closer to emulating Delettrez, we're in.
Closet