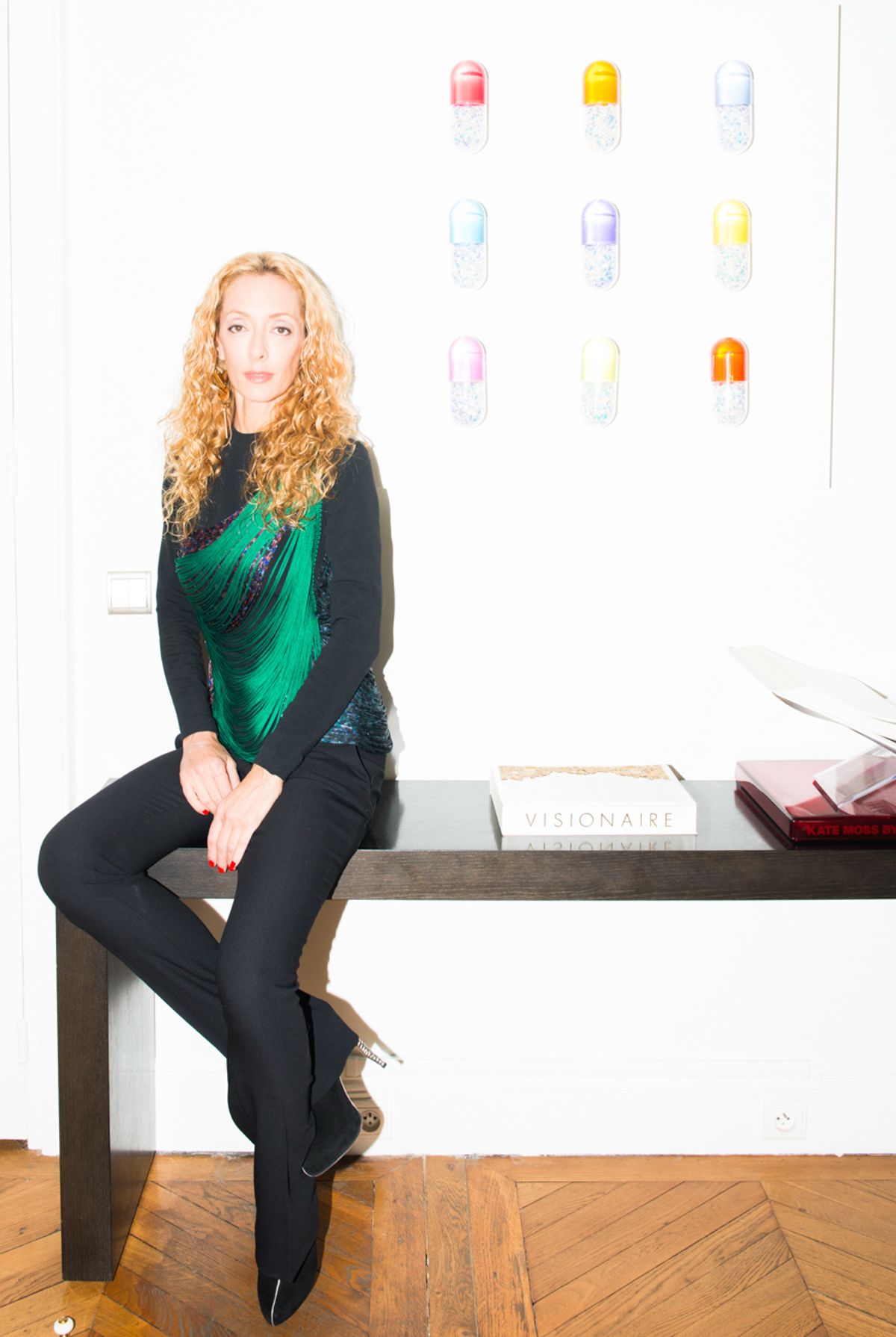 Katie Boyle
Let us set the scene for a second, K?! Lets say you're in Paris (enter romantic rambling about the City of Lights here) strolling in the 1st arrondissement, just along the Right Bank, when suddenly, a little Balenciaga catches your eye. Y'know, as it's wont to do. Casting open its heavy doors, you enter the storefront of said Balenciaga's mothership only to be greeted by technicolor Givenchy, Kenzo and Stella McCartney dotting the sleek grey walls and displays. Before you know it, you've blown your trip's entire food budget (and then some) on a pair of Phillip Lim booties and are alternating between tears of joy and fear. That, friends, is the magic of Kabuki Paris, and its mastermind art director, Elina Halimi. If you haven't spotted her on approximately one million various street style blogs by now, we'll break it down: imagine a full, lion-like mane of blonde corkscrew curls, an amazing assembly of Carven, Lanvin and Céline pulled off with considerable aplomb and that whole no-makeup makeup Parisian thing, personified. Sounds familiar? Yeah, we thought so. With Halimi's shoot scheduled for the last day of Paris Fashion Week, we understandably had a lot to look forward to beyond the shows. We mean, dream subject or dream subject? Take a peek at her Damien Hirst and black and white Richard Dumas portraits, piles of Ghesquière-era Balenciaga, strappy jeweled Pradas and take a wild guess. Oh, and that Vivienne Westwood hat, pretty much stolen right off of Pharrell Williams' pretty little head, wasn't so bad either. In between balancing bags on books and hangers on expensive art just so (as one does), we got to sneak a peek at Halimi doing her thing in front of the camera, too, as she effortlessly went from fringed Stella McCartney and Givenchy with Gucci and Balenciaga trousers to a fire engine red Ossie Clark. Is it bad that we're ready to go back for round two?
Closet