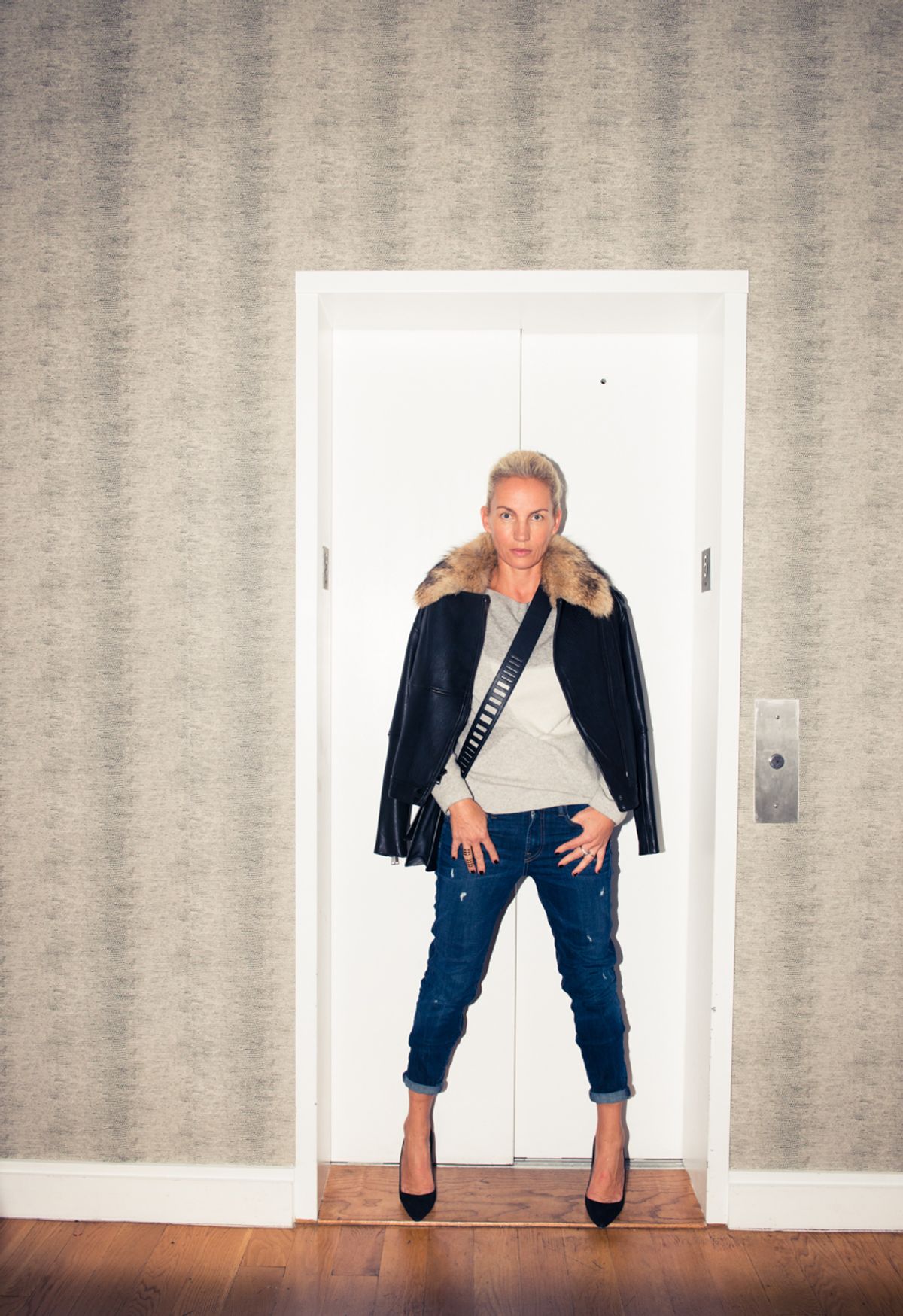 Emily Ramshaw
Stephanie Mark
We have a thing about fashion bosses. Maybe you’ve noticed? The ones who stay behind-the-scenes, but who pretty much run shit—Dirk Standen, Ruth Chapman, Roberta Benteler, Sophia Amoruso (okay, so maybe you’ve heard of her), Brooke Wall, Amber Venz... the list kind of goes on. We’d like to propose an addition to this list: Karin Gregersen. Is her name not so familiar? Well, let us explain to you exactly how she fulfills the many categories of fashion bossdom. First of all, she’s president of Vince and oversees design, merchandising, marketing—pretty much everything creative the company does. So, there’s that. She spent significant years at Chloé (and by significant, we mean the glory days of Phoebe Philo’s reign). And she lives the life in a Tribeca loft with two adorable blonde children and a doting husband. It all sounds grand, doesn’t it? And guys, it’s pretty much as good as it sounds. The aforementioned apartment and its corresponding closets (you knew we were getting there, didn’t you?) was a perfectly pitched mix of high-level executive at a publicly traded fashion brand (think impeccably tailored and totally necessary white shirts by Vince) and easy-going Scandinavian ease (she’s Danish, so it’s all natural—actually, though, she doesn’t wear a speck of makeup and never has) paired with the inimitable flare that can only come from living in Paris for fifteen odd years. And we mean, the acres of archival Chloé really doesn’t hurt her whole situation. While she took us through her enviable closet, she coached us on life skills that can only be picked up by one who travels more than we do (and that’s saying a lot). Like packing a carry-on only with the bare essentials—we still haven’t perfected that one. We guess it only makes sense that Vince’s new crop of handbags bare Gregersen’s perfectly paired-down signatures, absent any fussy extras (before the launch her day bags were Céline and Hermès, so you kind of know these are going to be good). In fact, it was those bags, oh and her assembly of leather slides, that we turned heart-eyed over. Remember what we said of the fashion boss thing? Yeah, she knows what she’s doing.
Closet