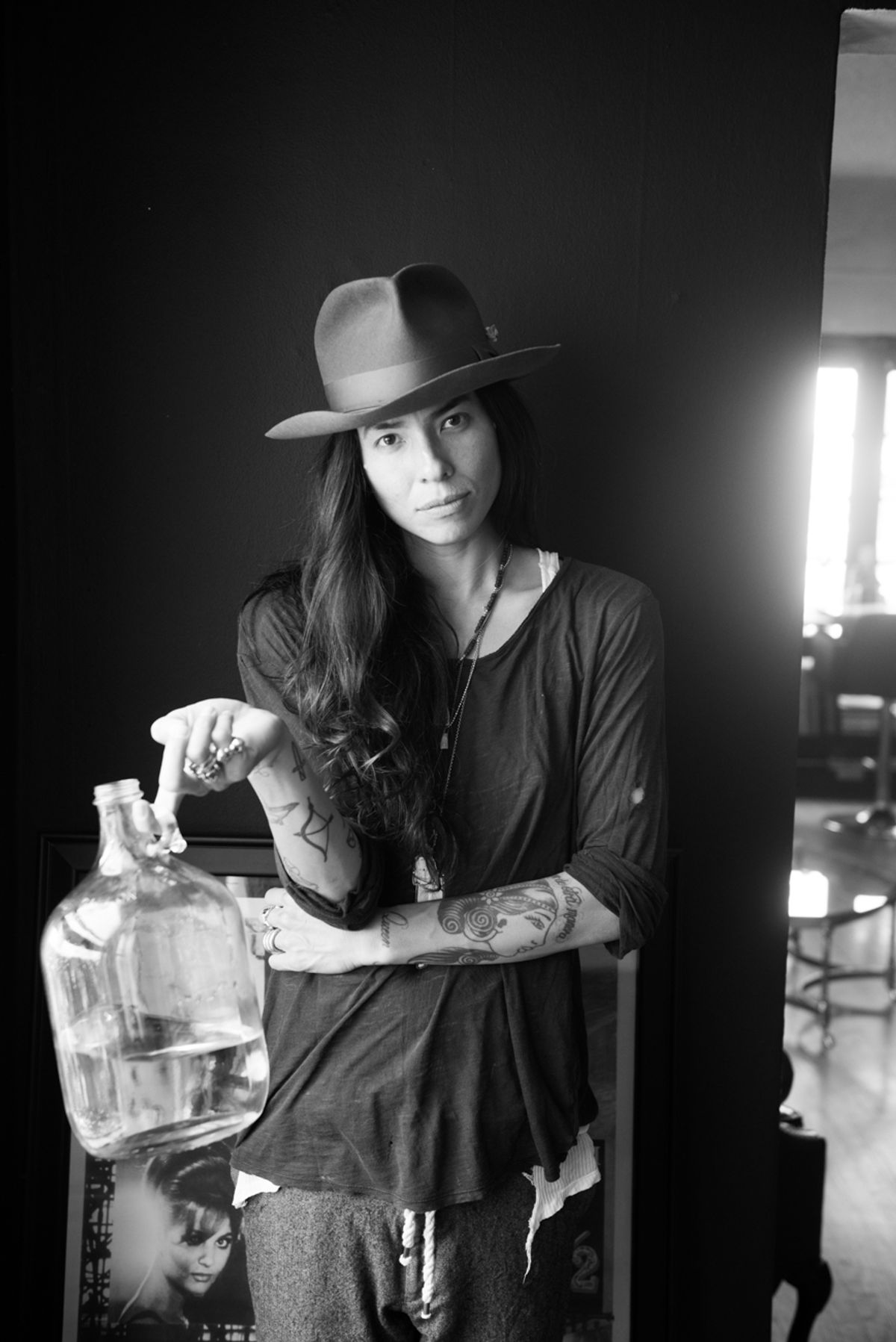 Emily Ramshaw
Stephanie Mark
We're not sure if you've noticed, but people have the tendency (and that's putting it lightly) to compare New York and Los Angeles. For us, NYC is the equivalent of ground control: it’s where we like to make things happen, so to speak. You know, #killingitinthegame and such (that's what the kids are saying these days, right?). L.A., on the other hand, has kind of become our hometown-away-from-home (um, make that one of many). Hear us out: not to get totally sentimental or anything (and, like, completely cliché), but we just feel so, well, chill when we're on the West Coast. Who knew that a five hour flight could be the equivalent of a Xanax, right? And when your job entails entering people’s homes on the regular, in Los Angeles, more often than not it feels more like hanging out with the subject at hand than, you know, actually working. If you’re following our train of thought here, you might imagine that spending time in the West Hollywood abode of photographer and artist Tasya Van Ree, was, well, pretty ideal. Enter into the equation the fact that Van Ree is a transplant to California and grew up in what might possibly be the only place on Earth that’s even more chill—that would be Hawaii (it’s okay to be jealous)—and you can pretty much jump to the conclusion that her home was a straight-up sanctuary. And yes, Van Ree is as totally low key, creative and ineffably cool as her origins and current living situation would suggest. Like any Los Angelo worth her green juice, the photographer is a die hard raw foodie, frequenting places like Moon Juice and Erewhon (seriously though, hit both of those places up next time you’re in town and thank us—and Van Ree—later). The woman even carries around a glass gallon jug of water—because you can never be too hydrated, you guys. And West Coast style? Van Ree could write the book. Forget OTT Hollywood; think easy going, never-try-too-hard vintage, androgynous jackets, a seriously great hat collection, piles of archival Helmut Lang and Rick Owens and an endless array of footwear—spiky Nicholas Kirkwood and Fendi included. That’s not to say, though, that Van Ree hasn’t seen her fair share of—how should we put it?—City of Angels glamour. Her photography subjects, for one thing, include one-time Cara Delevingne GF Michelle Rodriguez, and she counts the future Mrs. Johnny Depp (that would be Amber Heard) as an ex. We like to think of it as the best of both worlds, you guys.
Closet