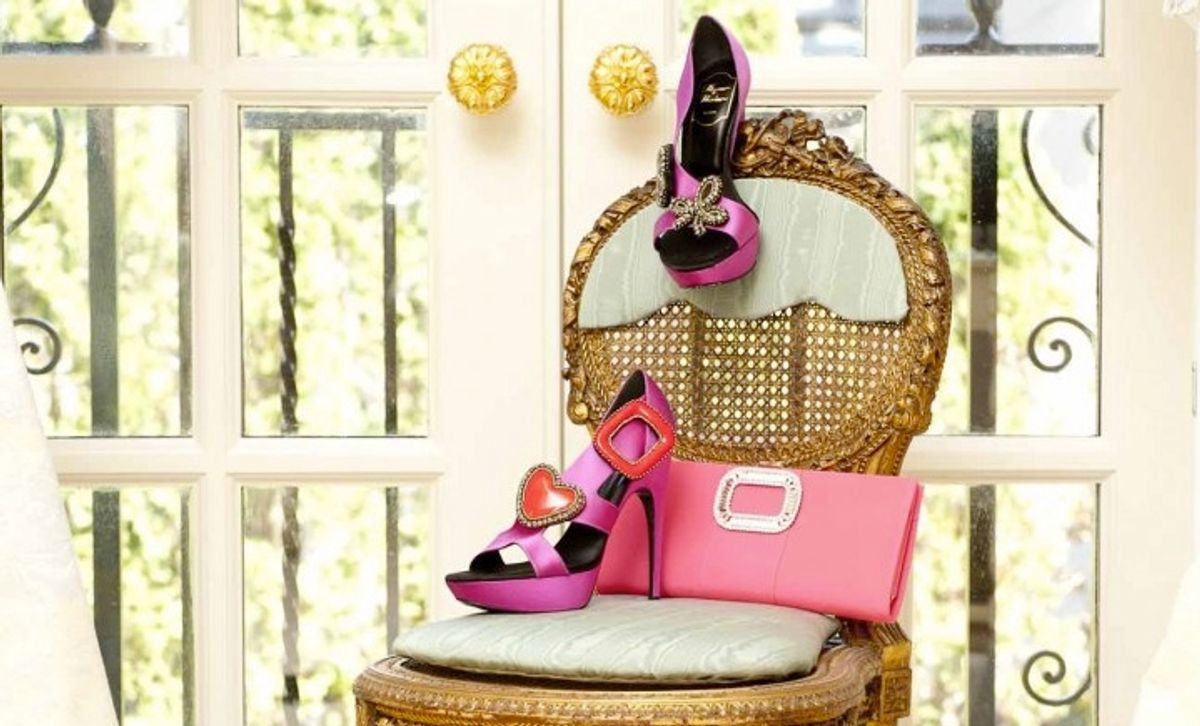 Some things in life don’t require breakfast-cereal print shift dresses. For everything else, there’s couture.

Katie Boyle
If there’s any skill we’ve mastered over our years at The Coveteur, it’s the art of self-justification. That little voice inside our heads whispering,‘what on earth do you plan on doing with these $500 lace mouse ears’? Long shushed.

These are the times to raise the stakes.

But in our defense, there are instances in which one simply can’t help but look beyond her own closet in favor of a little higher-class fare—when Anna Wintour declares the dress code “white tie”, for instance. Or when you find yourself bypassing a sea of who-dat-who-dat stares as you make your way to your front row seat at Fashion Week. These are the times to raise the stakes.

By raise, we mean your credit card limit. And by stakes, we mean couture.

For those of you who’ve yet to be officially Roissy’d, here’s the rundown—in Paris, les aéroports are no place for yoga pants, top knots and (gasp) under-eye masks worn in public. At Charles de Gaulle, it’s called a runway for a reason. Those little buckets at the metal detector are just asking to be filled to the brim with 3D tropical headgear. Oh, and ignore everything Oprah’s told you about heels on planes (or at least swap out your Birkenstocks for a pair of patent brogues when you hit the tarmac).
Buy Now
Buy Now
Buy Now
Buy Now
So you were planning on sticking with your go-to Wednesday Addams uniform of head-to-toe black, until you find out you’re conveniently seated right next to the queen of perfectly curated outrageousness herself. Time to dip into that in-case-of-emergencies savings account. You have our full permission to stock up on some ac-couture-ments—think headdresses of the British-wedding variety, print-on-print and a Clueless-closet color palette.
Buy Now
Buy Now
Buy Now
Buy Now
You know everything you’ve inspiration-board pinned and street-style salivated over with for-the-love-of-societal-acceptance-I-could-never-ever-wear-this chagrin? This is your moment—you’ve got to stand out to get the Ton treatment. Leave the house looking like a John Lennon/Toucan Sam lovechild. Don things covered in breakfast-cereal logos. Wear ‘em with pride. (We’ll totally reblog, we promise).
Buy Now
Buy Now
Buy Now
Buy Now
If you don’t already have a) a sprinkling of double-take inducing tattoos or b) a natural essence of badassery to help you out blend in when you find yourself commingling backstage with Bad Gal RiRi, then it’s your chance to bring out the big guns. Semi-literally. Whether it’s getting stopped by security over your Vlieger & Vandam pistol clutch, sporting a borderline-dominatrix choker or investing in hoop earrings the circumference of a SoulCycle wheel, now is the time to play dress-up with couture’s darker side. Go nuts.
Buy Now
Buy Now
Buy Now
Buy Now
No big, but you’ve just been invited to a petite fête at the Château de Wideville, Valentino’s infamous abode. In case the name got lost in translation, uh, it’s a castle. And God forbid you find yourself looking anything less than Middletonian as you meander through the hedge sculptures—think like a royal and evade anything too trendy, no matter what the price tag. Our motto every time we hit up Wideville (read: never)? Timelessly wearable art that won’t clash with the lush greenery or modern-summer-home-meets-18th-century-European decor. Oh, and keep it pug-friendly, won’t you?
Buy Now
Buy Now
Buy Now
Buy Now
More From the series Fashion