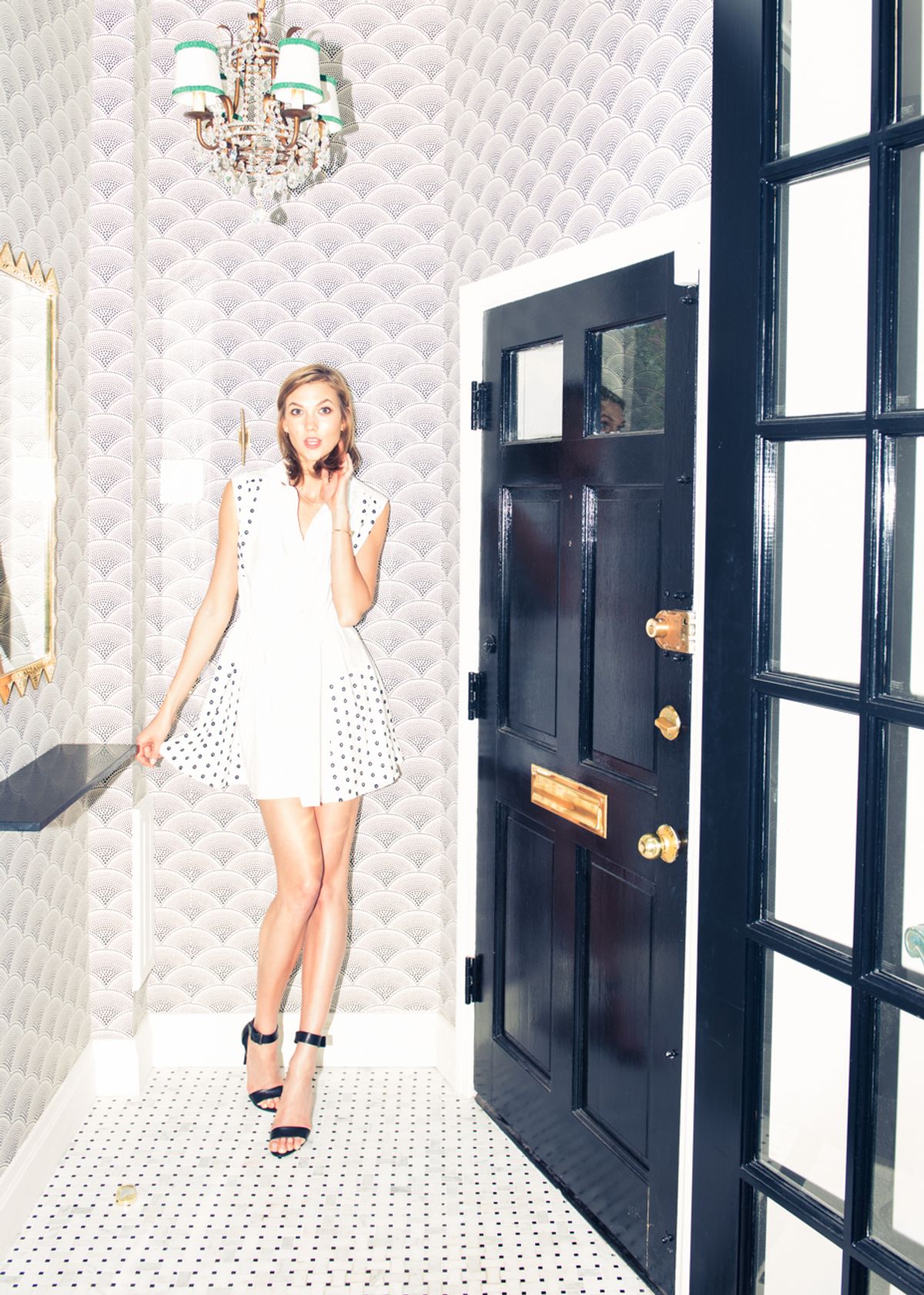 To be completely candid (or should that be kompletely kandid?), there's something about a 21-year-old, six-foot-something brunette who's all legs, glow-y skin and swingy bobbed waves (with time at Harvard under her belt, to boot), that should inspire emotions, well, a lot closer to envy rather than encouragement. And that's to put it lightly. But when it comes to the case of Karlie Kloss (aren't you impressed with us for resisting the urge to get all alliterative with that one?), we kind of couldn't help but fall hard, juuust a little.

For starters, the model-slash-burgeoning mogul is genuinely nice, despite rubbing shoulders with industry legends (and we do mean legends) on the daily and having graced the most major of catwalks since the tender age of 15 (she's an old pro, you guys). Oh, and while preening for the likes of Steven Meisel and Annie Leibowitz may be her 9-to-5, girl also has collaborations with everyone from Momofuku to Frame Denim to an upcoming collection with the eyewear aficionados at Warby Parker (launching tomorrow) taking up precious time in her iCal. And did we mention a portion of the proceeds from the latter is going to the nonprofit Edible Schoolyard NYC? We told you: if she wasn't so impossible not to like we would have to hate her.

We spent our afternoon with Kloss getting the grand (and we do mean grand) tour of her brand new West Village townhouse and raiding her Tamara Mellon and Coach-filled closet before running off to the park for an impromptu excursion through Kloss' 'hood. Kloss, in a yellow cut-out sundress by Reformation and with Go-Pro in hand, owned our photog's Jake's camera as she walked us through a nearby park—at least, she did before our spontaneous jaunt was crashed by a pint-sized soccer player who took a serious liking to our crew (to put it mildly), even sitting in our laps before running off again. See what we mean about the model being impossible not to like?